We stayed overnight on Miyake-jima between the ferry rides and while on the island, we spent some time, of course!, on birding. 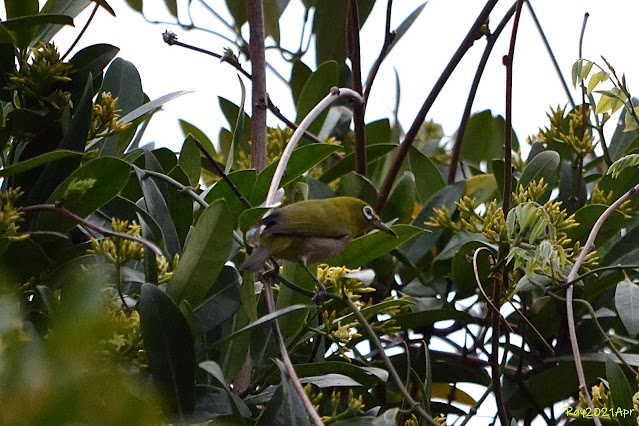 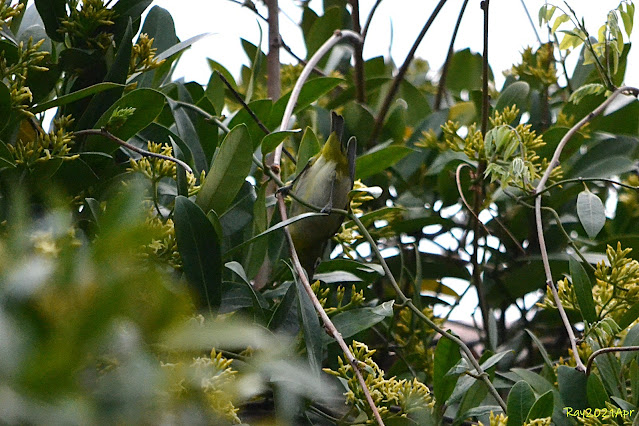 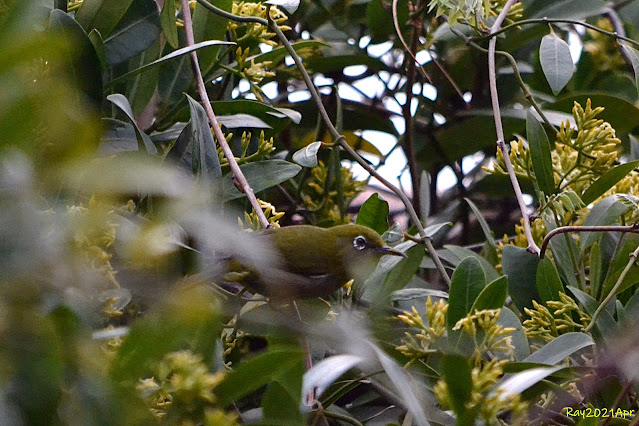 They are called Shichito-mejiro(シチトウメジロ), considered as a subspecies of the Japanese white-eye found in mainland Japan. 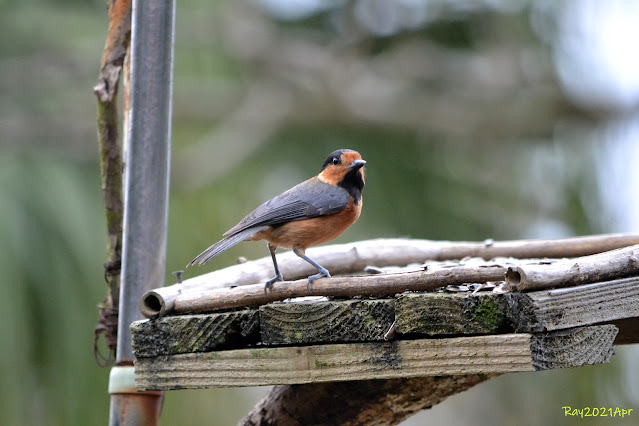 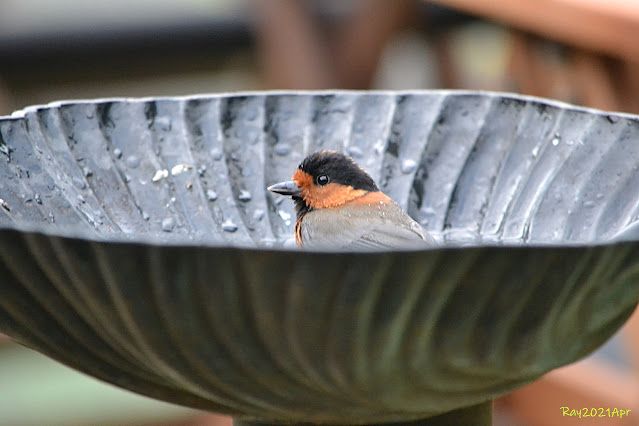 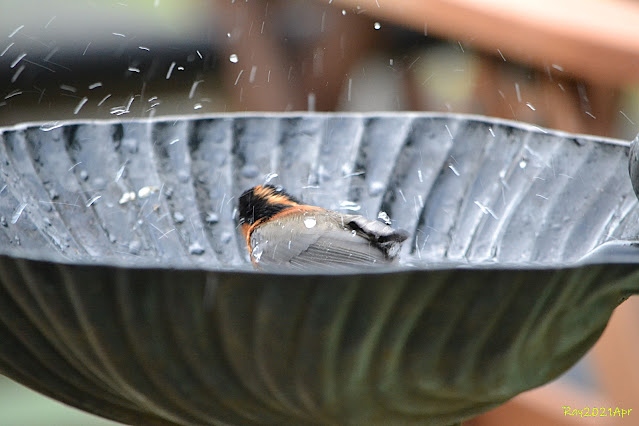 The lodging we stayed in had a bird friendly garden, which had a few feeders and a birdbath. Lovely!

The Varied tit is also a subspecies and called the Owston Yamagara(オーストンヤマガラ). Unlike the white-eye, the varied tit shows obvious differences. The ones we see in Chiba have a white forehead, nape and cheeks whereas the Owston's is orange-brown in those parts. I found the calls are a bit different too. 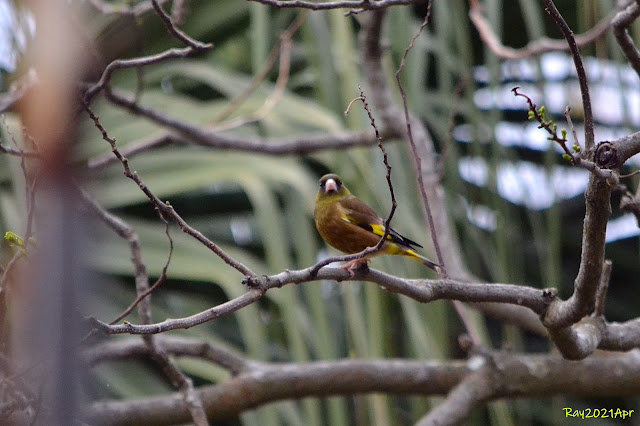 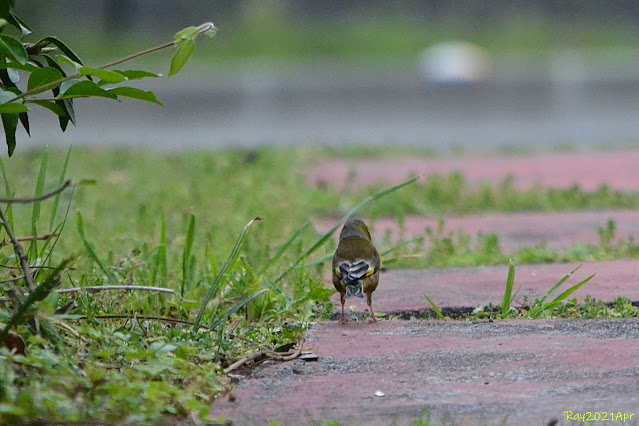 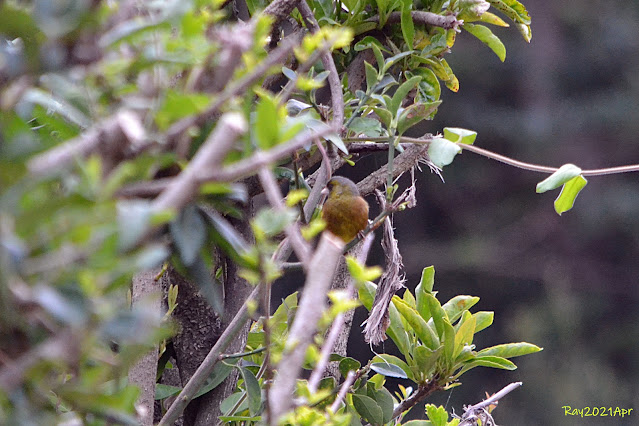 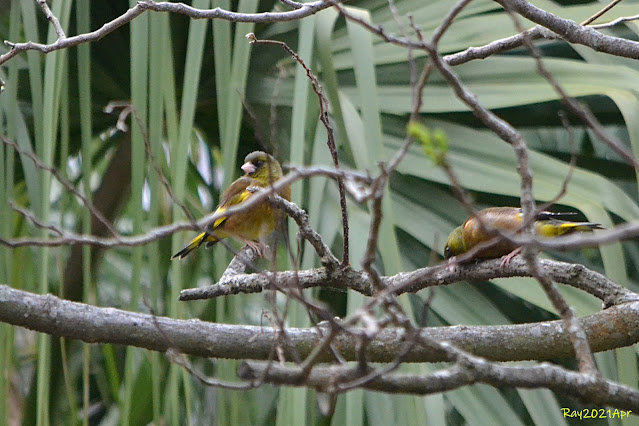 Mr Minowa, our guide, said that these greenfinch are likely to be a subspecies called Oo-kawarahiwa (オオカワラヒワ), which are wintering here and soon going back to places like Kamchatka, the Kuril Islands and Sakhalin. Oh dear, I don't think I could follow all of the subspecies! 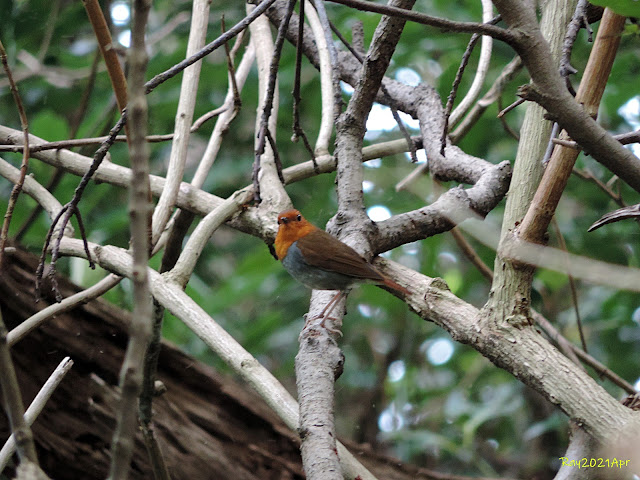 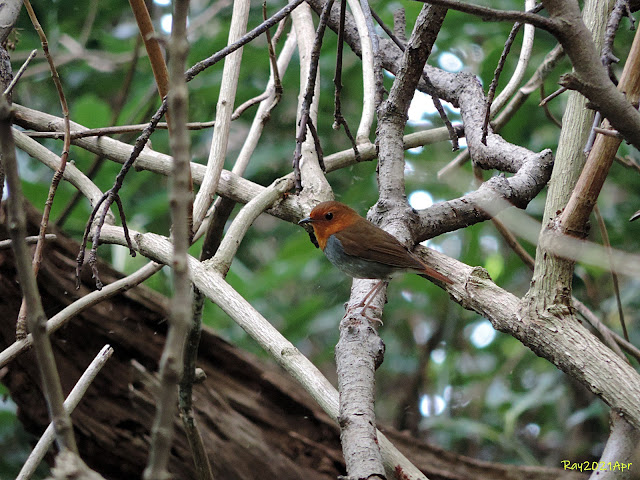 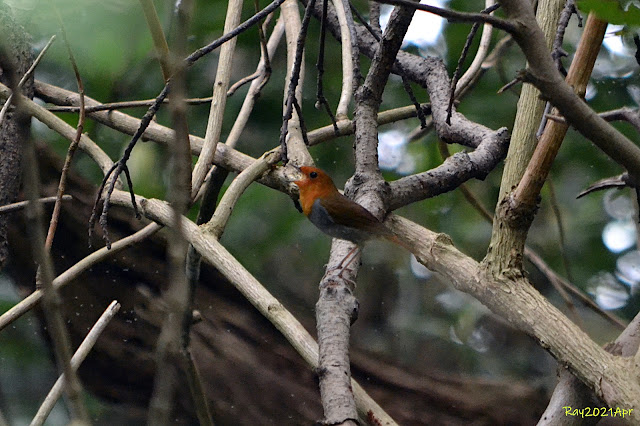 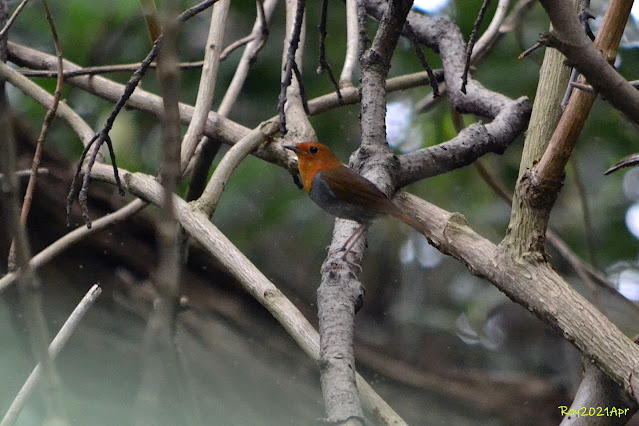 The Japanese robin on mainland Japan is a summer bird but the subspecies found in the Izu Islands are residents and called Tane-komadori(タネコマドリ). The obvious difference is that Tane-komadori lacks a black band between its orange breast and pale grey belly. Their songs are beautiful and they start singing well before the dawn just like the European robin, although the Tane-komadori doesn't sing during the winter. 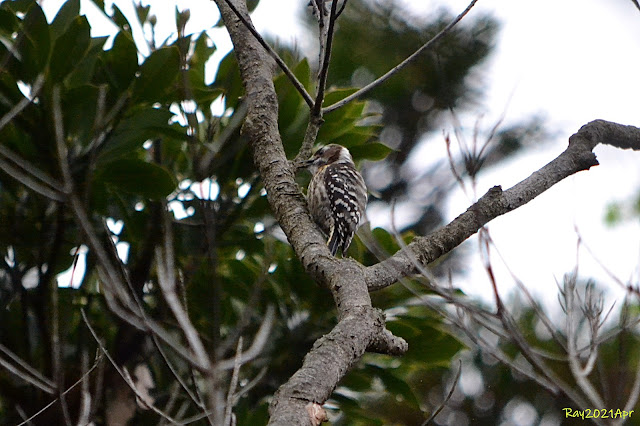 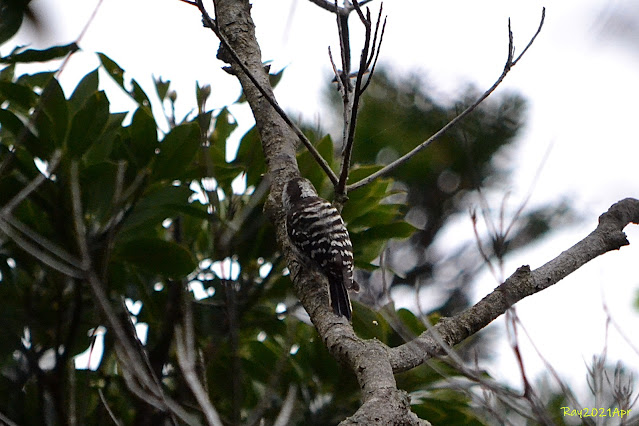 【Warning】 Another subspecies!😂
Miyake-kogera(ミヤケコゲラ) are a subspecies of the Japanese pygmy woodpecker only found in the Izu islands and Yaku-shima but it is almost impossible to tell the difference by sight. 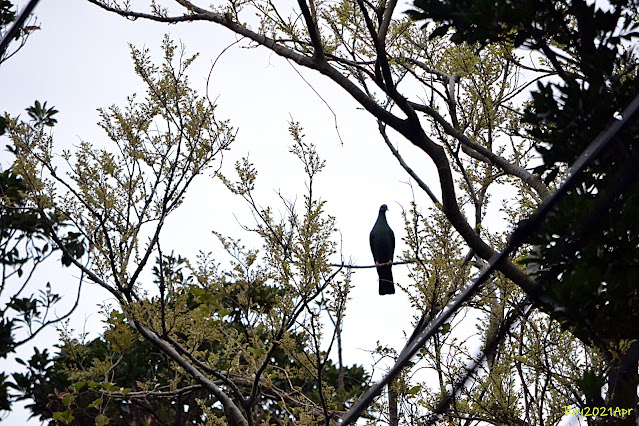 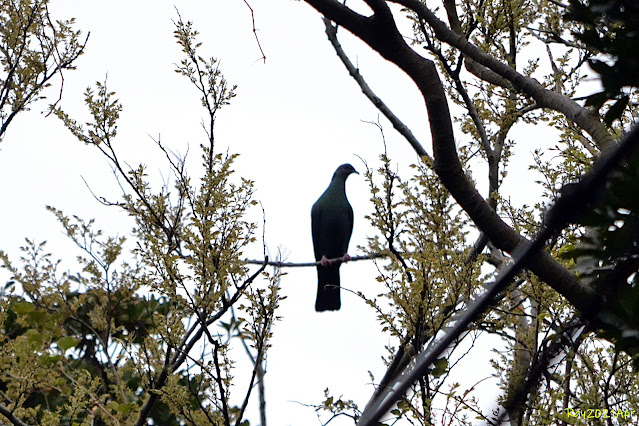 The Japanese woodpigeon is only found in islands in the far eastern region. Its extremely secretive and nervous character makes it very difficult to spot them even though their calls are often heard. It would be lucky if you spot them flying very fast between hills or over the canopy but we were truly lucky to see one in a tree.

We had 8 target birds to see on the island - Izu thrush, Ijima's leaf warbler, Japanese woodpigeon, Owston's varied tit, Wren (subspecies), Japanese robin, Japanese white-eye, Japanese pygmy woodpecker - and thanks to our wonderful guide, Mr Minowa, we had a great view of each of them. 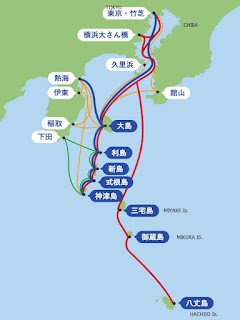 The map shows the locations of the Izu Islands and ferry routes.