During a ferry trip to the Izu Islands, we saw our first Short-tailed Albatrosses (Ahodoriアホウドリ)! 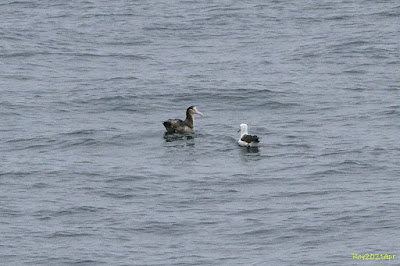 The left one is a young Short-tailed albatross with a Laysan albatross (Ko-ahodoriコアホウドリ) (the smaller white headed one on the right).

I wish I could have taken photos of them flying gracefully but got too excited to take my eyes off them every time they were close to the ship. 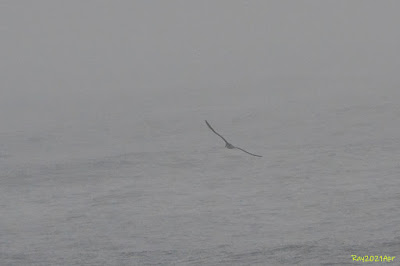 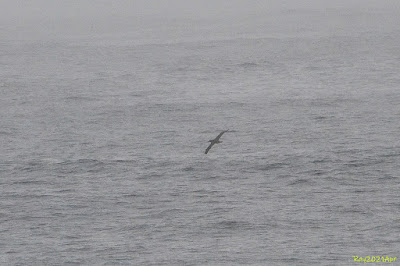 These are Black-footed albatrosses (Kuroashi-ahodoriクロアシアホウドリ), which are breeding on some of the islets and islands in the Izu Islands, so we saw more of them than the other two albatrosses species.

Streaked shearwaters (Oomizunagidoriオオミズナギドリ) are the most abundant species in the area and can be seen almost all the way to Hachijo-jima Island. 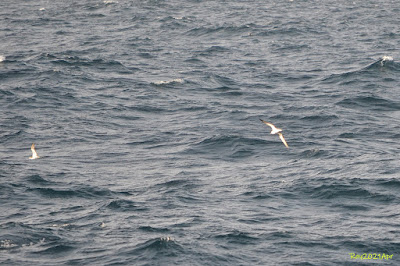 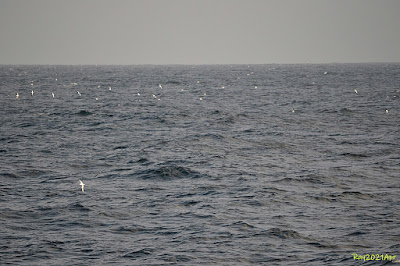 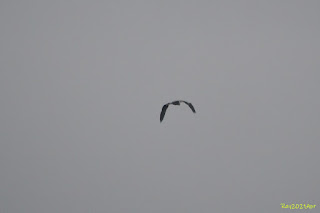 The trip was led by an excellent guide, Mr Minowa, who is an ornithologist, naturalist and wildlife illustrator. It was fascinating to know about seabirds and actually see them in their element. 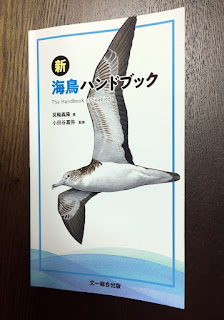 Mr Minowa's new book―"The Handbook of Seabirds" has detailed information with pictures of all the seabirds which are likely to be seen around Japan. Very handy indeed!