It felt very strange that we didn't see any kites or gulls even though there are fishing ports in each village. The bird we encountered most was the Blue Rock Thrush (Isohiyodoriイソヒヨドリ).
The males are blue and red and the females are grey-coloured all over. 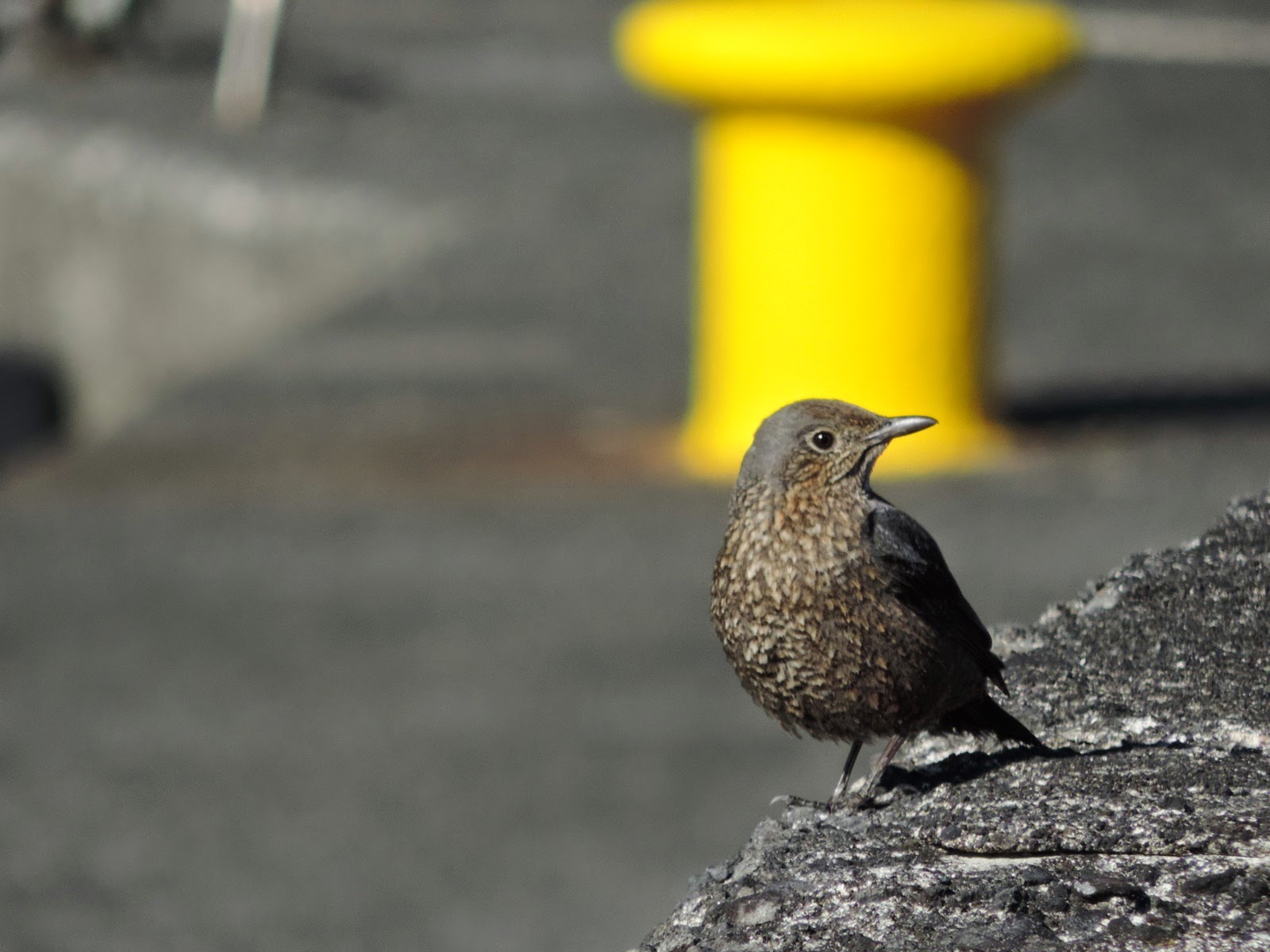 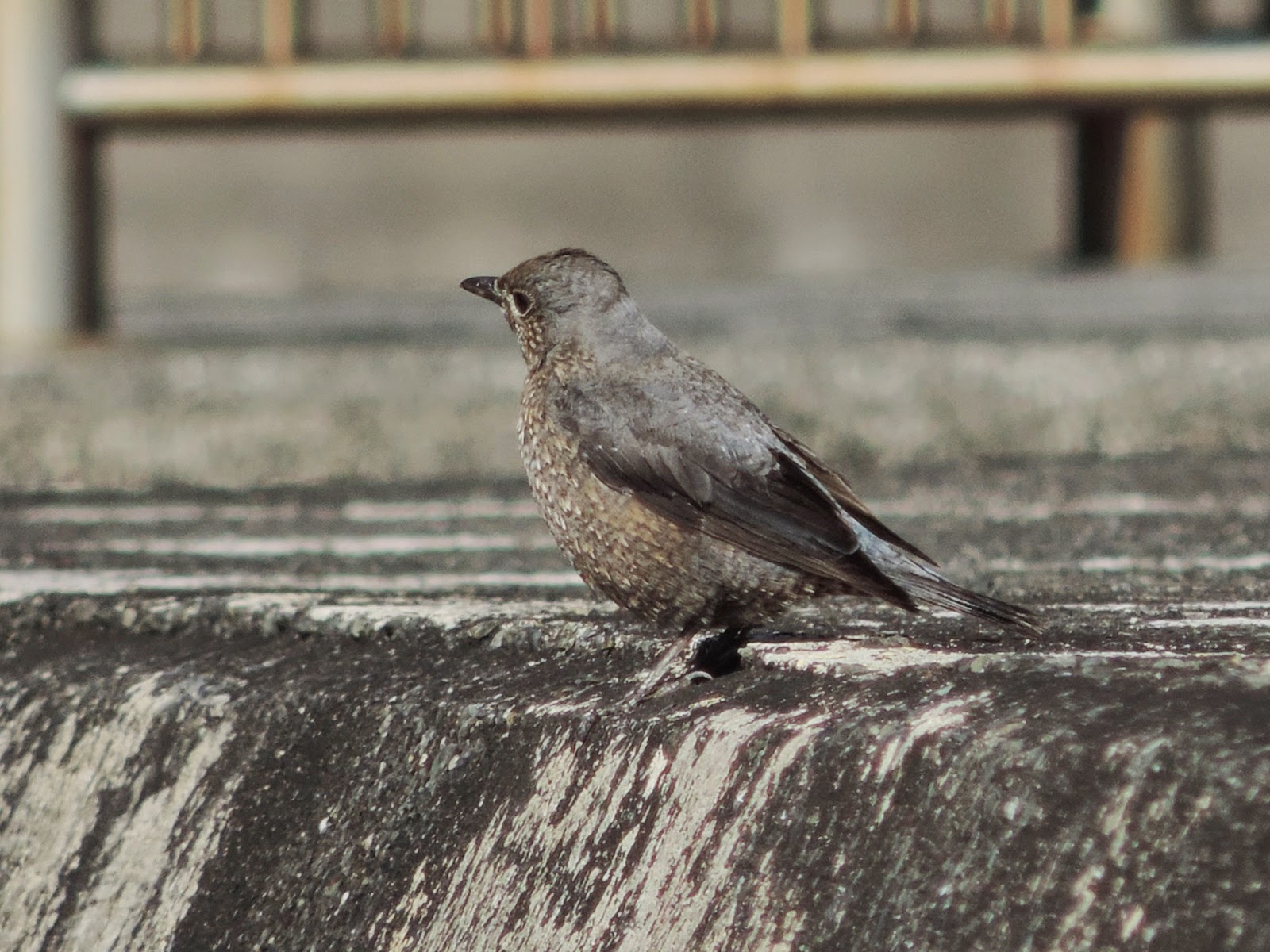 I had no luck with taking a picture of even one male. 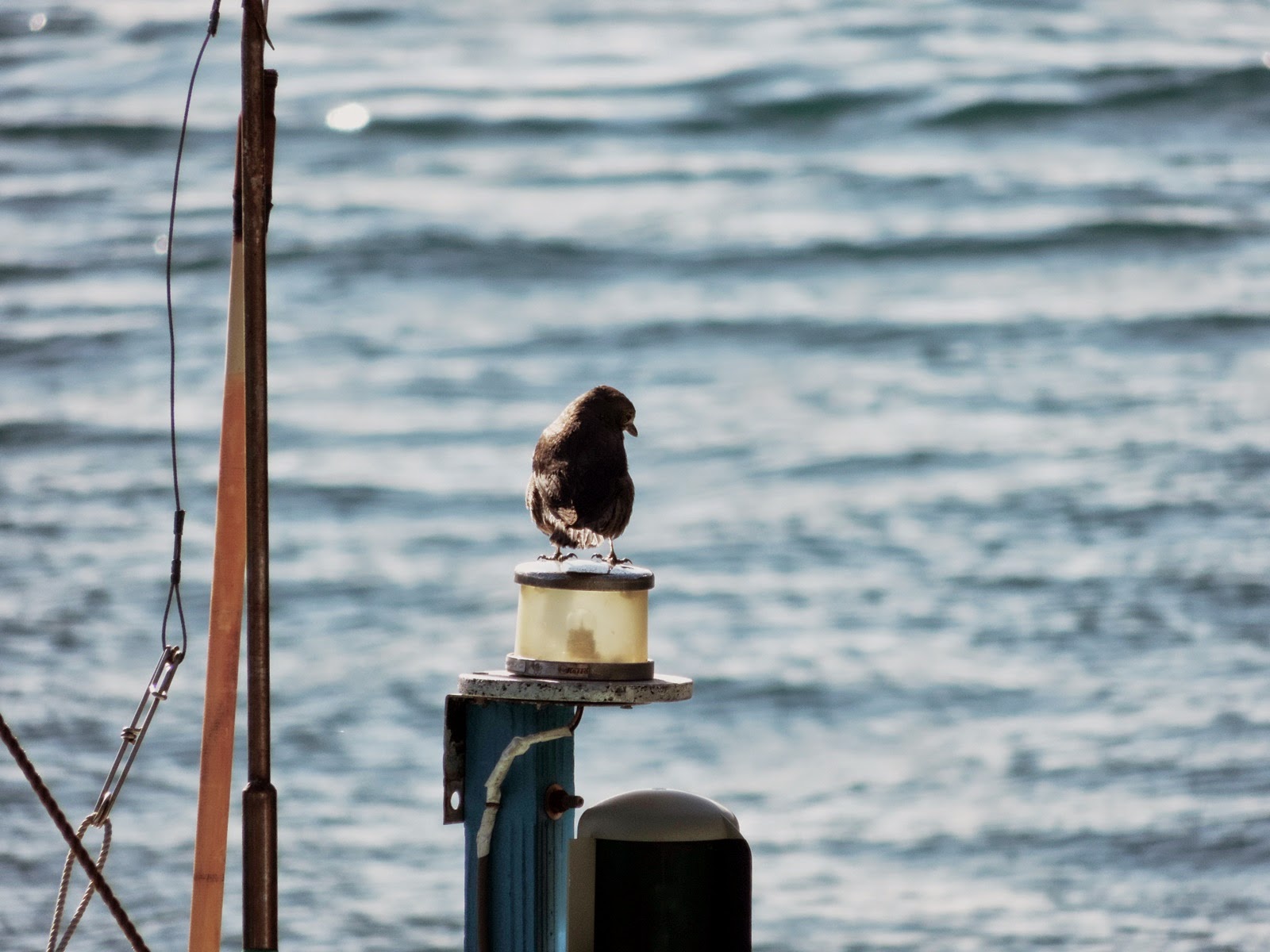 On the (ugly) tetrapod breakwater, some cormorants were resting.

The smaller one on the right is a Pelagic Cormorant (Himeuヒメウ) and the other two are Temminck's Cormorants (Umiuウミウ). 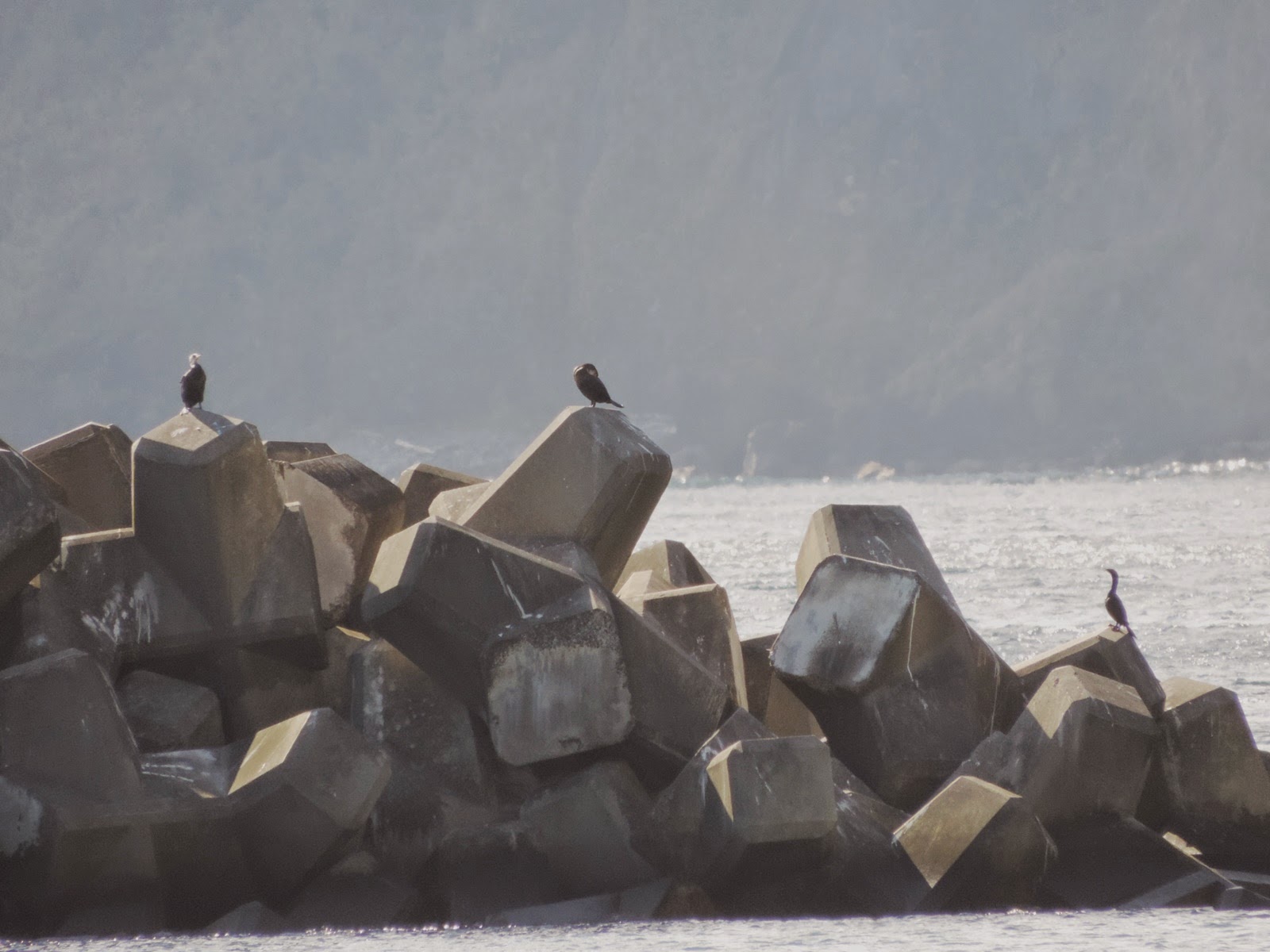 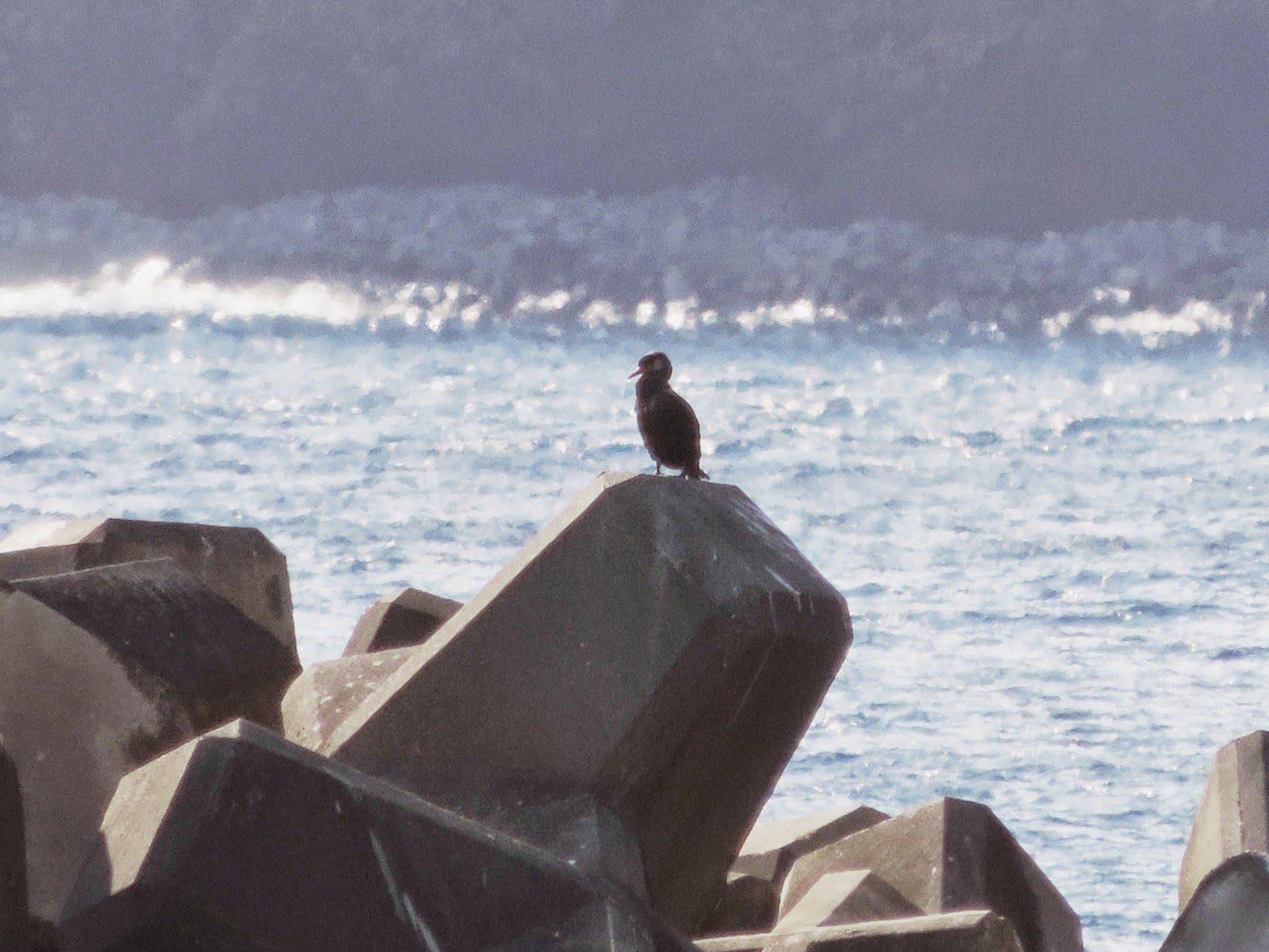 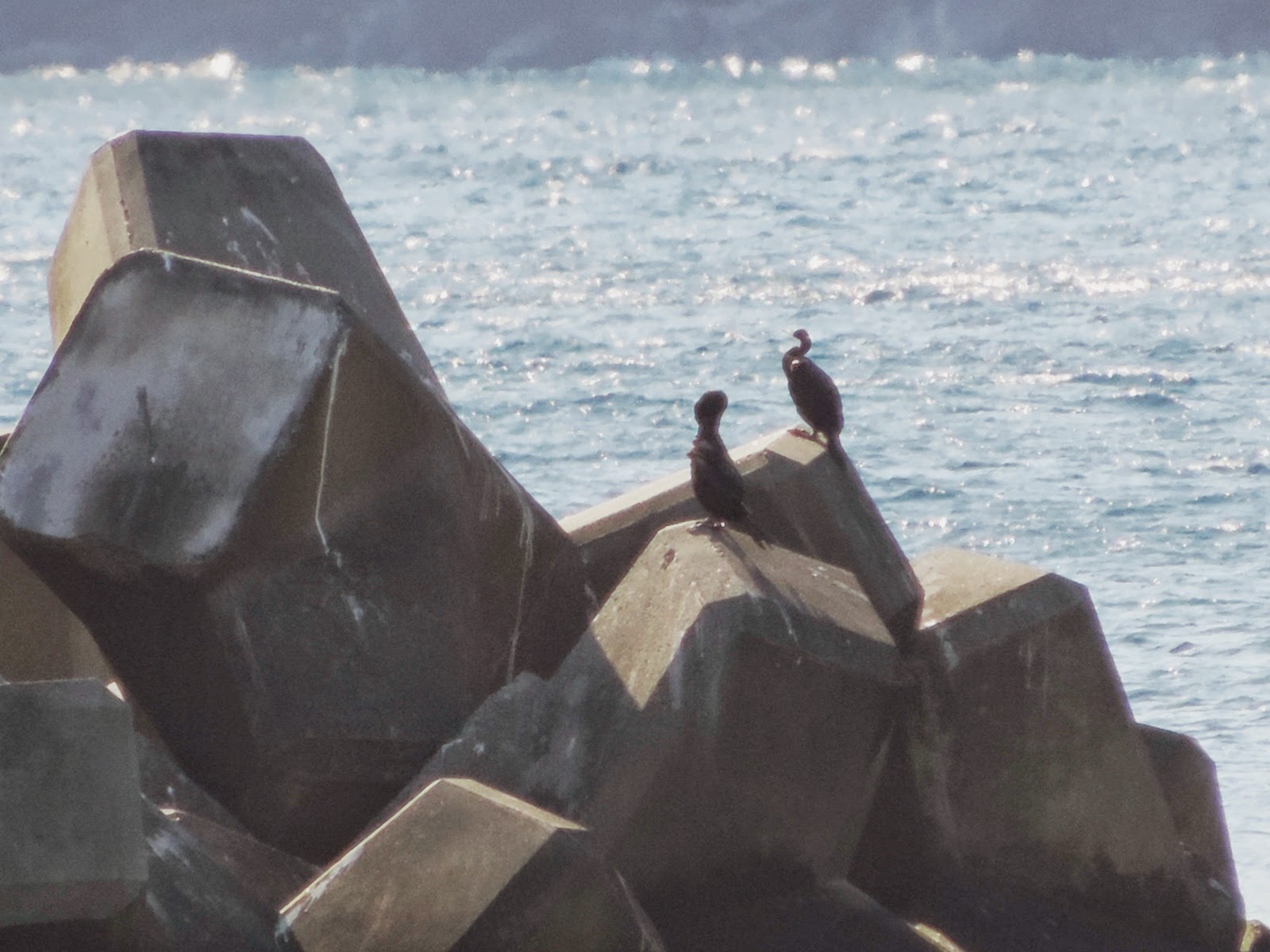 One Pelagic Cormorant was at the far end of the port and he looked very brown in the sun. I wish it wasn't so blurred! 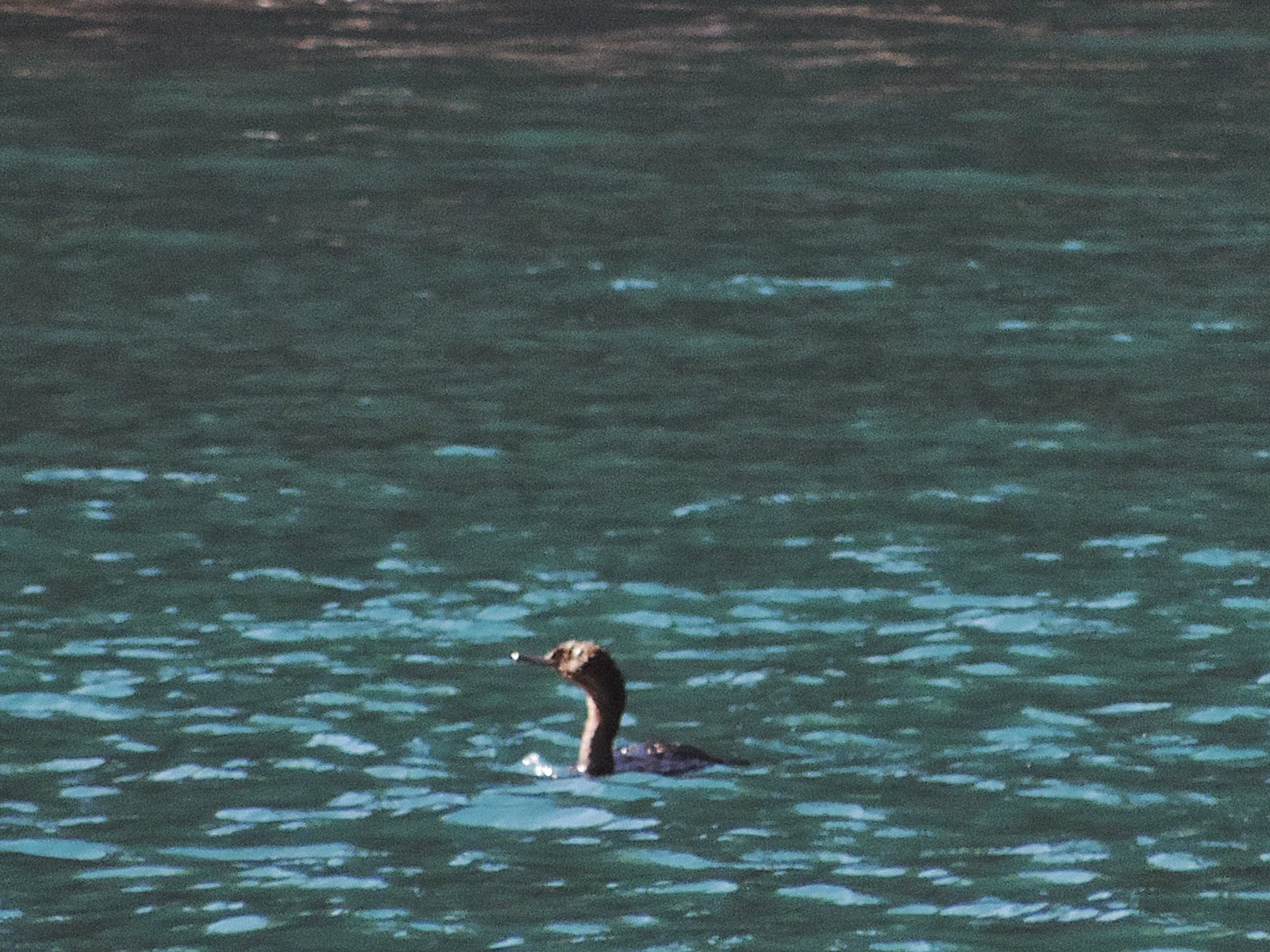 A flying cormorant just before the sunset. We don't know which cormorant it was. 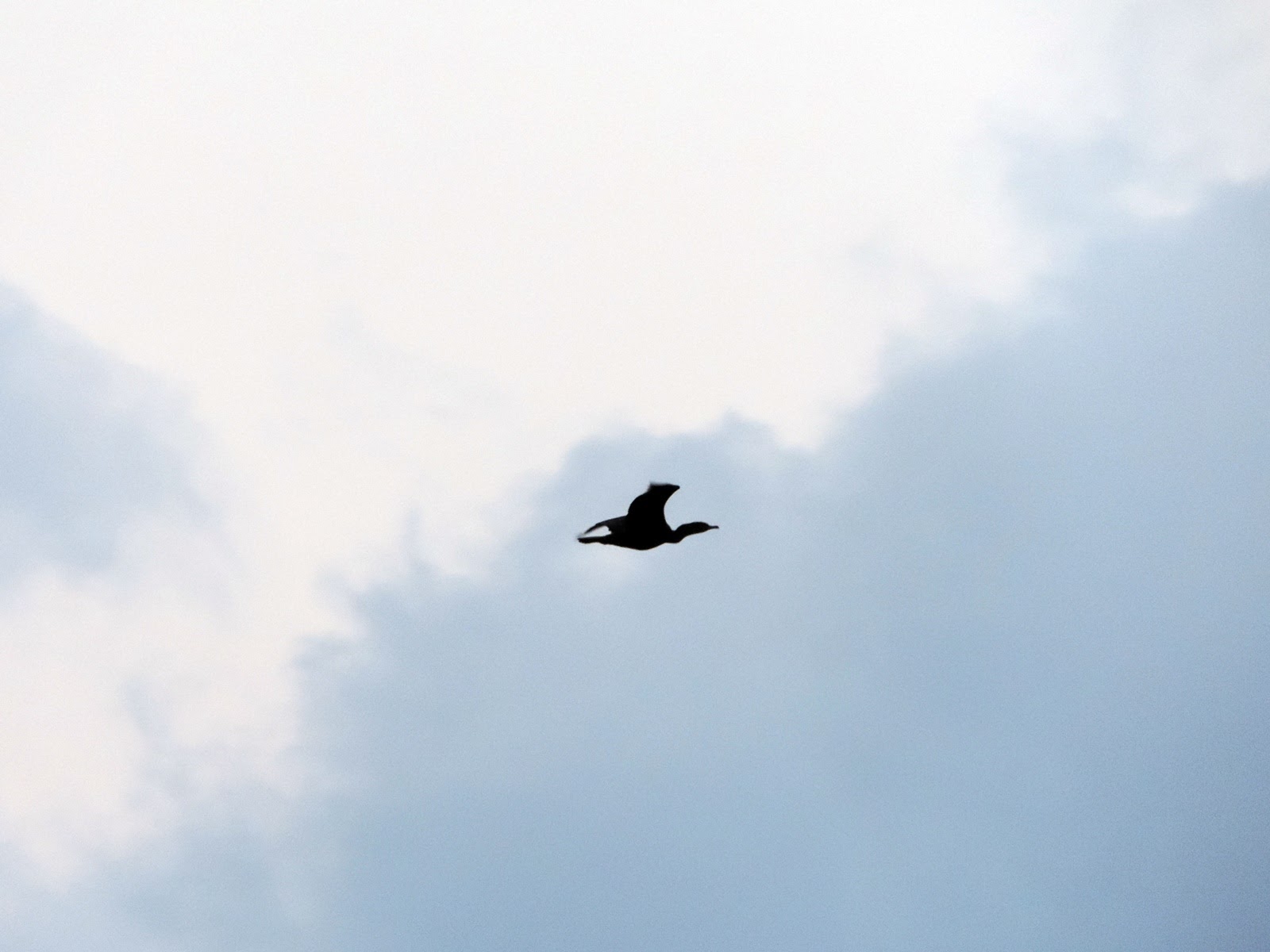 The island's shore is all dark-coloured and covered with volcanic rock. 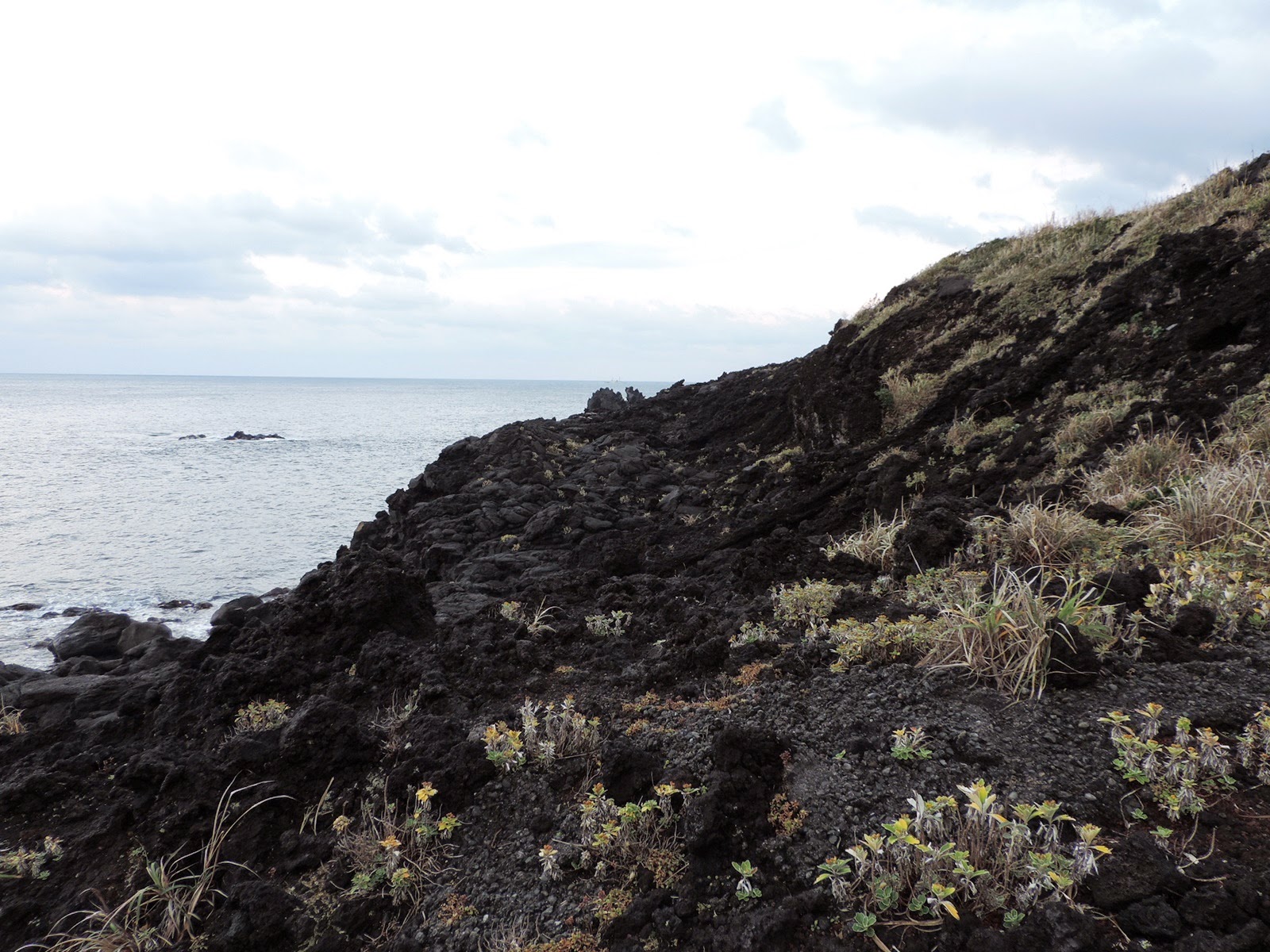 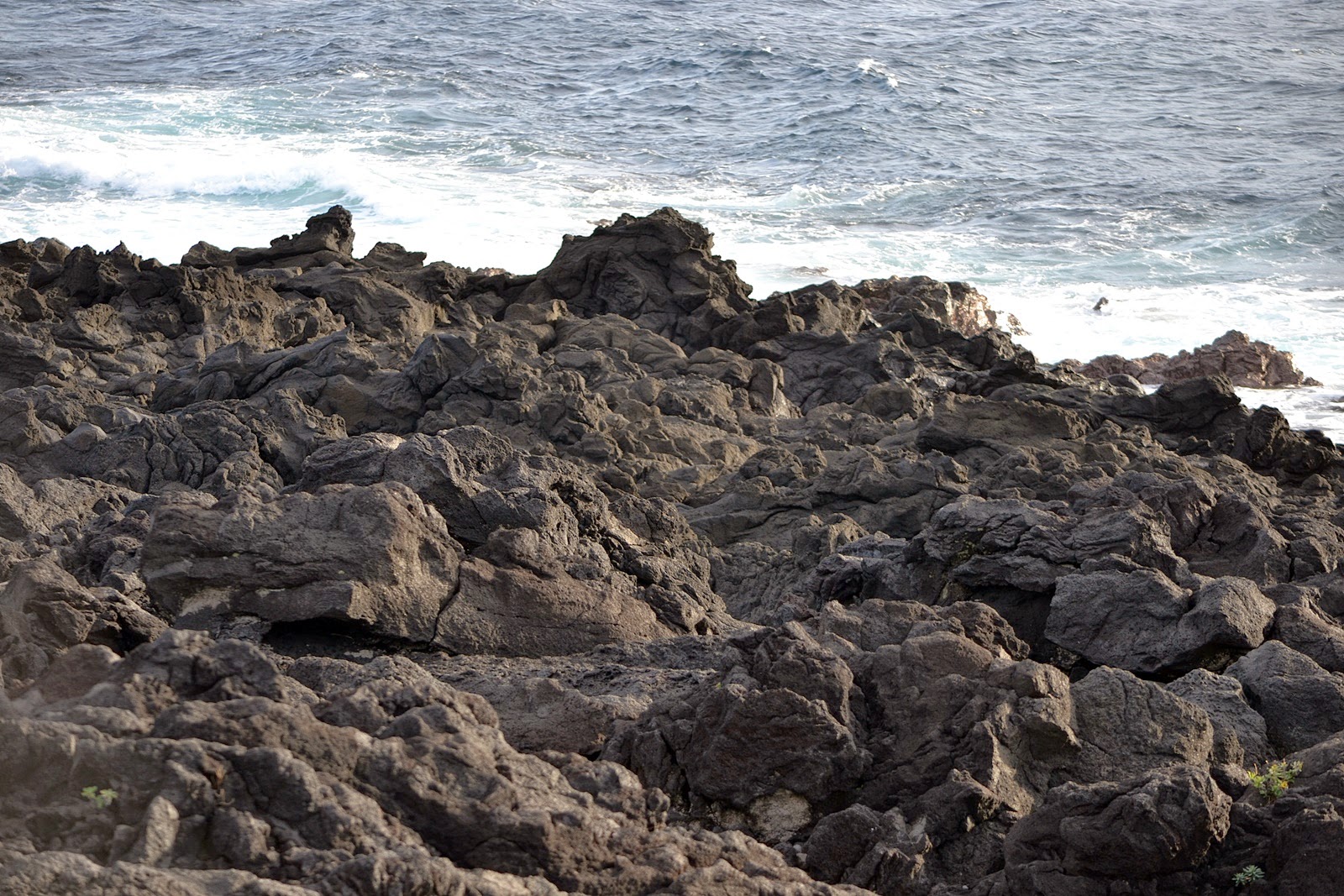 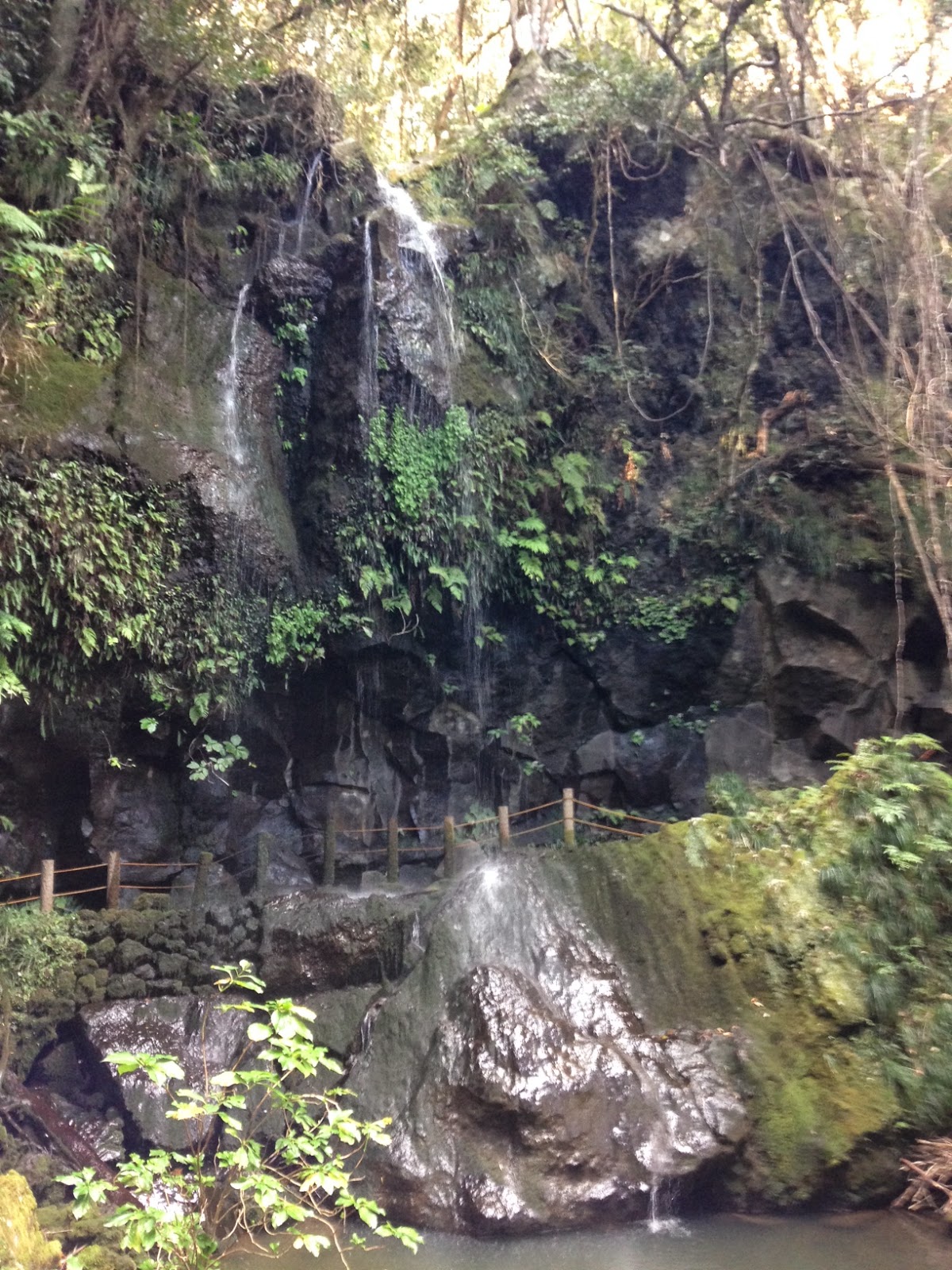 Urami in Japanese sounds like a grudge (恨み) but actually it's written in this way '裏見ヶ滝,' meaning you can see the back of the water falling:) 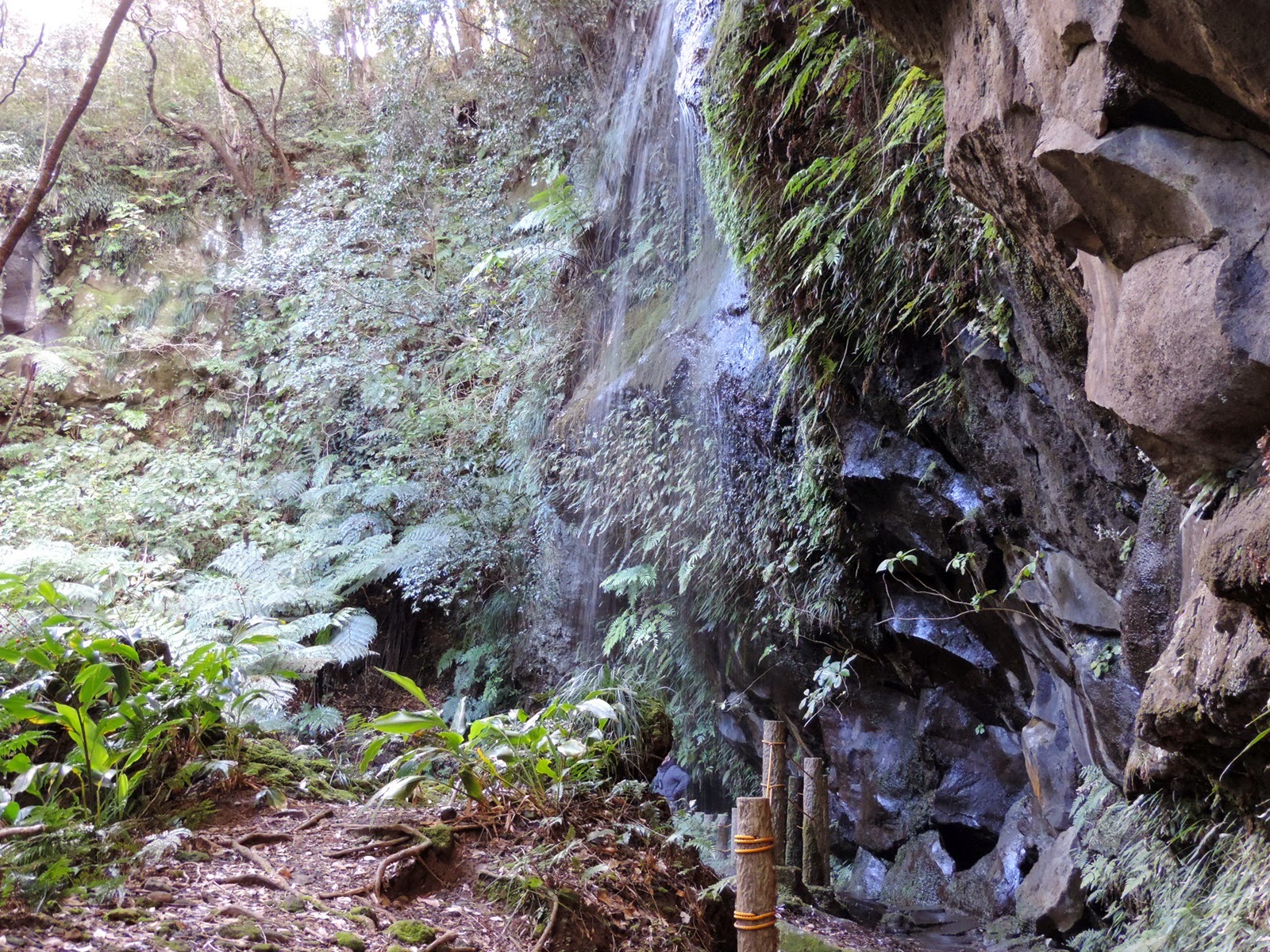 We were expecting to see a Wren but no luck.


There is an eco-tourism company on the island and we asked them for a guided walk for one morning. We were taken to various places on the island by an experienced guide, Iwasaki-san, and managed to see a Wren (only by K for half a second) and an Owston's Varied Tit (only by A for half a second!), both of which are sub-species of the ones on the mainland of Japan.

Also, Iwasaki-san advised us to stay at the bottom of the valley if we wanted to see Japanese Wood Pigeons (Karasubatoカラスバト). We did for nearly 2 hours on the last day of our stay and we finally saw one pigeon fly over! Well, it was like a flash but without her advice, we wouldn't have had the joy:)

Project WAVE (eco-tour organiser)
http://www3.ocn.ne.jp/~p-wave/english.html
Iwasaki-san: she was chosen as one of the best 100 eco-tourism guides in Japan!
http://old.ecotourism.gr.jp/guide100/13_010.html


We had a great time on the island even though it was a bit hard to spot birds as broad-leaved evergreen covers most of Hachijo-jima and the birds don't sing at this time of year. 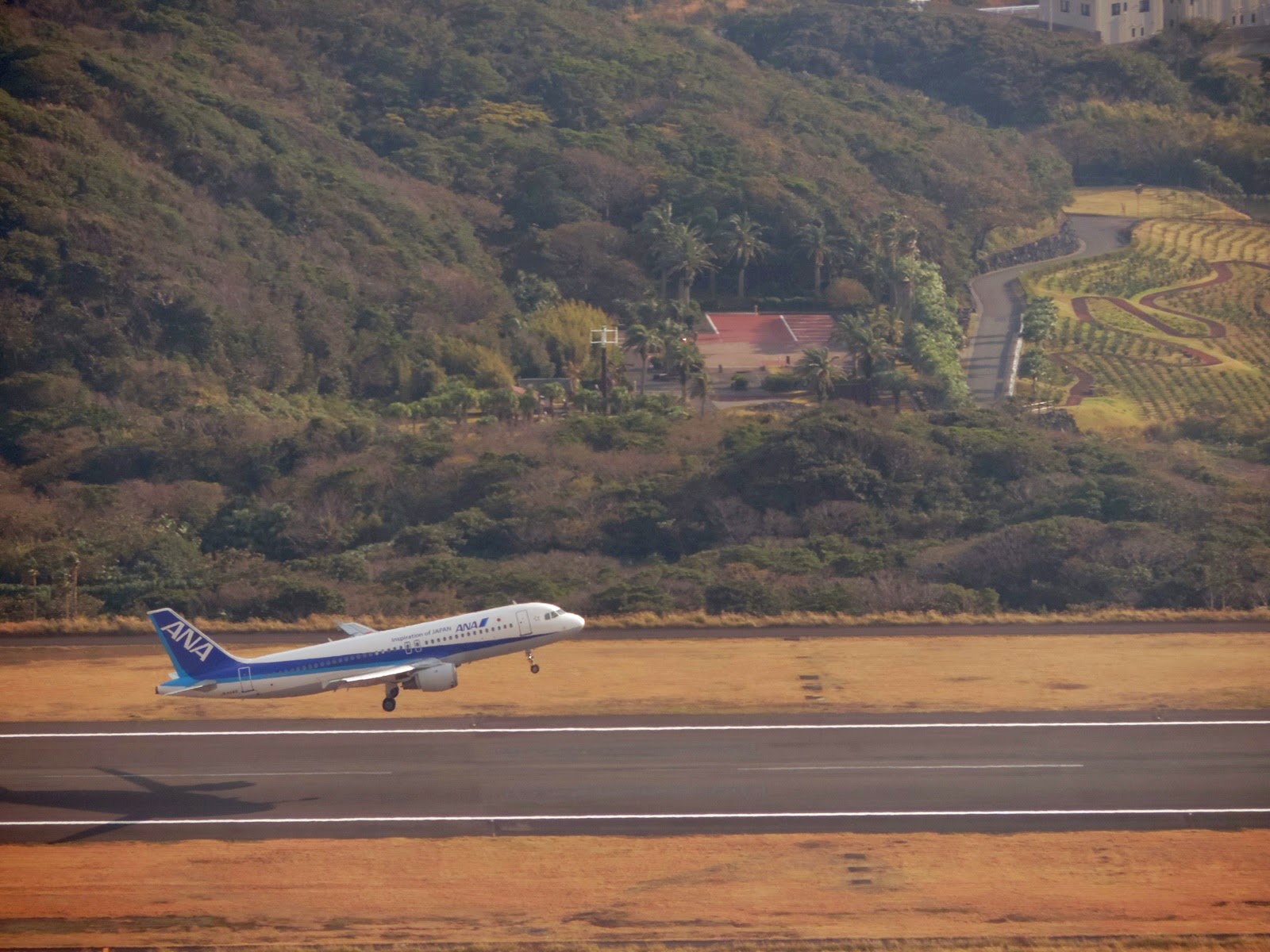 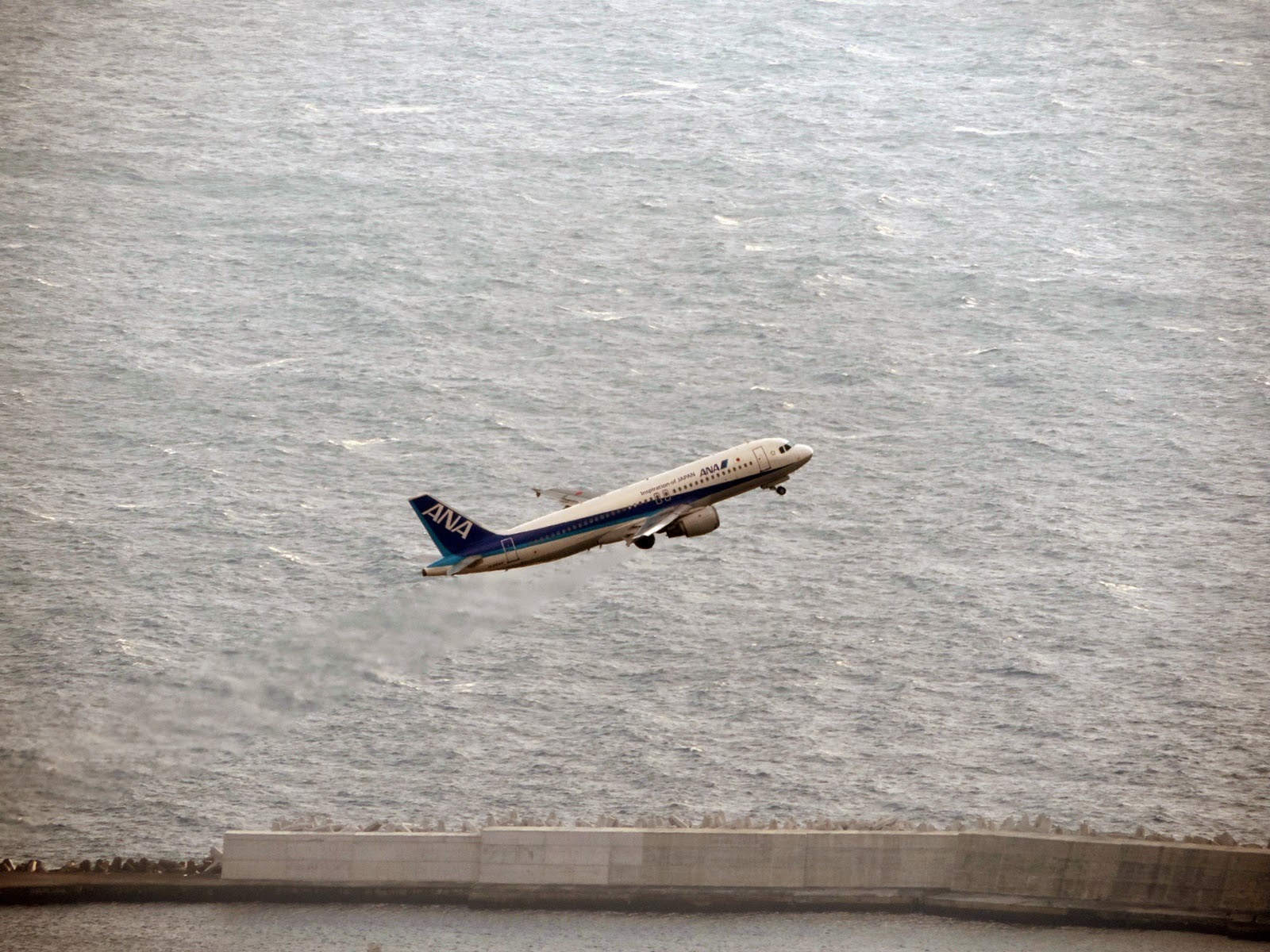 a view of Boso from the aeroplane 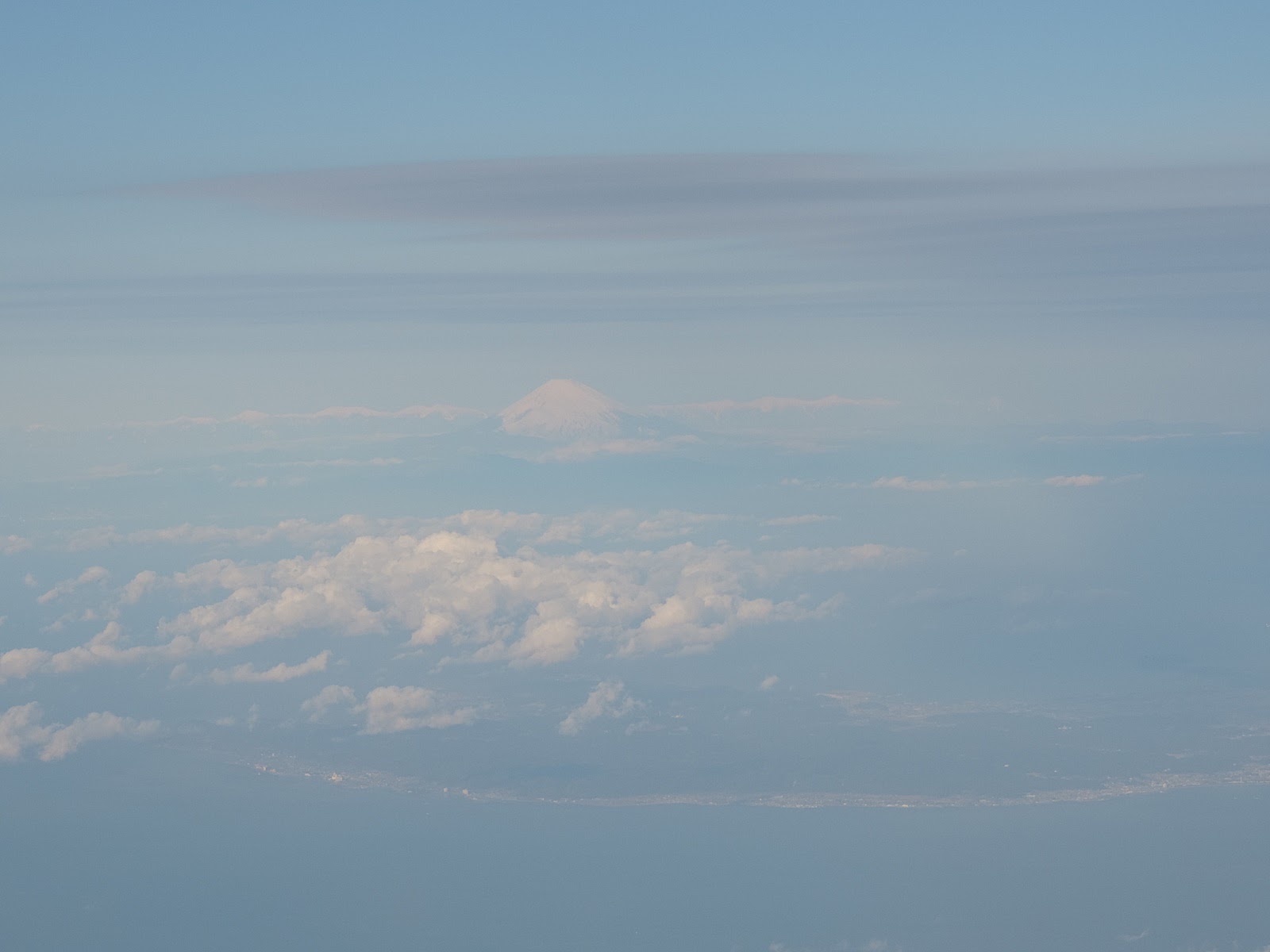