Spain VI - the Strait of Gibraltar

On the second day, we headed for the Straits of Gibraltar to observe the raptor migration.

Africa is just 14km away! 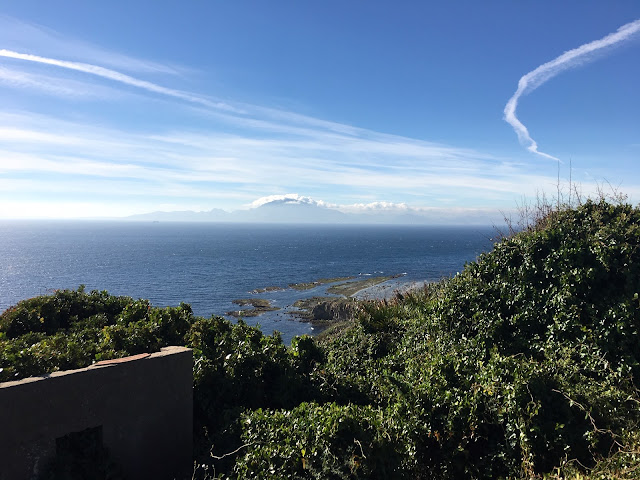 The famous "Rock" of British Gibraltar was the other side of the bay from where we were standing. 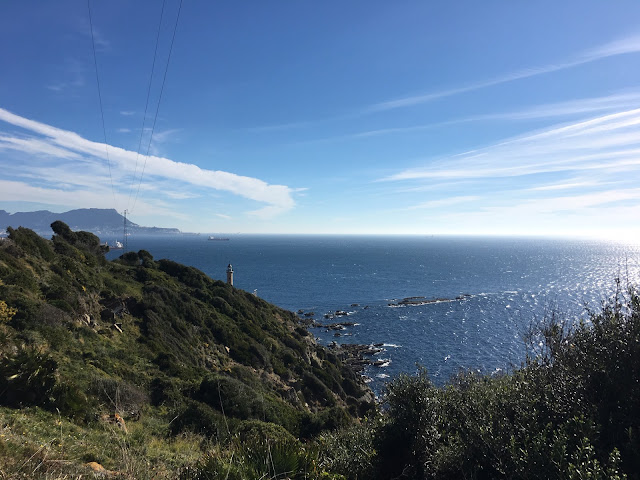 Most of the raptors were flying over the sea from Africa individually and when they got to the European side, they used the thermals to lift themselves, circling up and up and eventually disappeared. 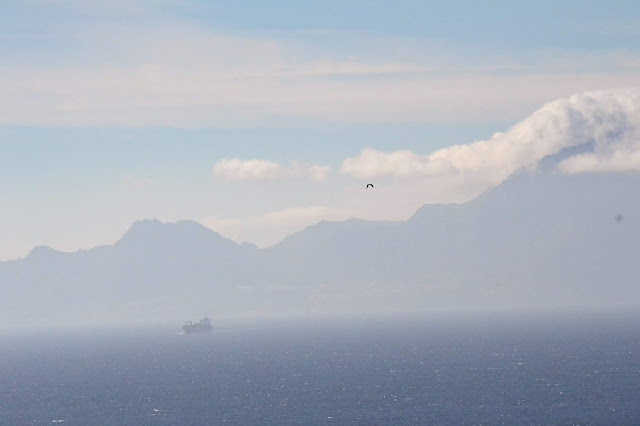 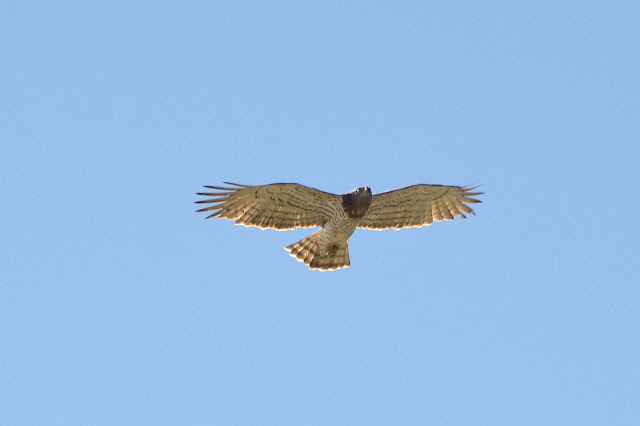 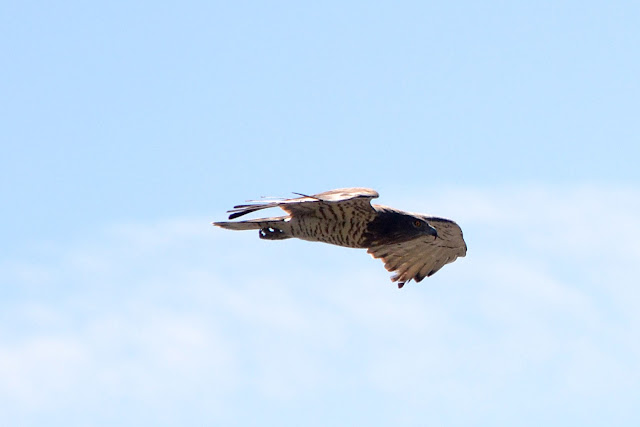 Some arrived on the Spanish side very very low, almost touching the water. 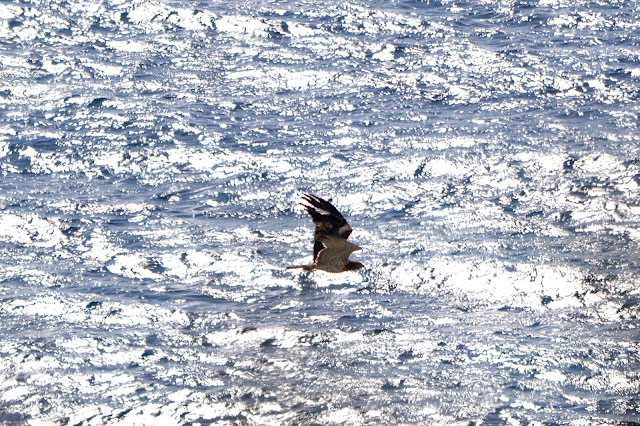 Vicent, our guide, told us some unfortunate eagles die from drowning because some gulls start mobbing when they've spotted a weak one. 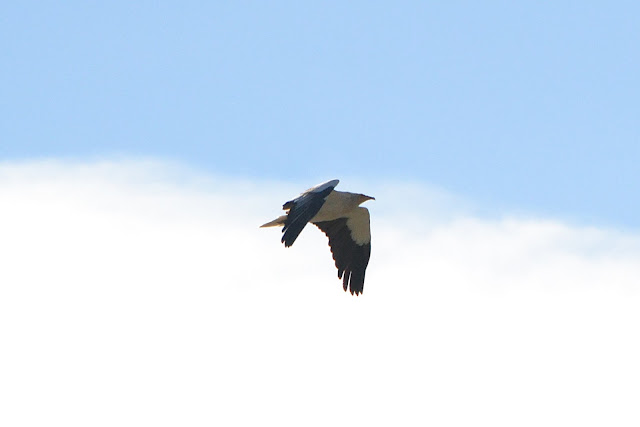 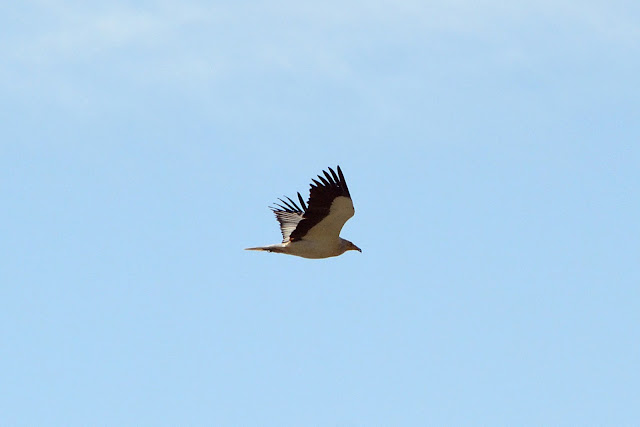 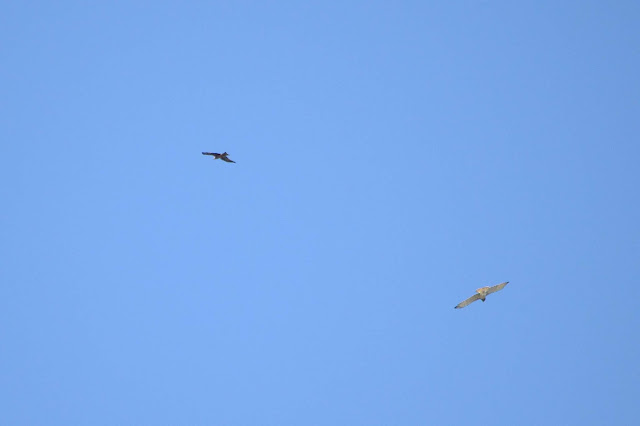 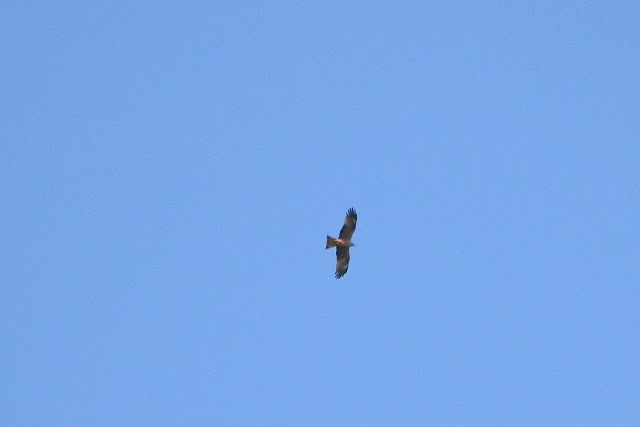 raptors circling over the cliff 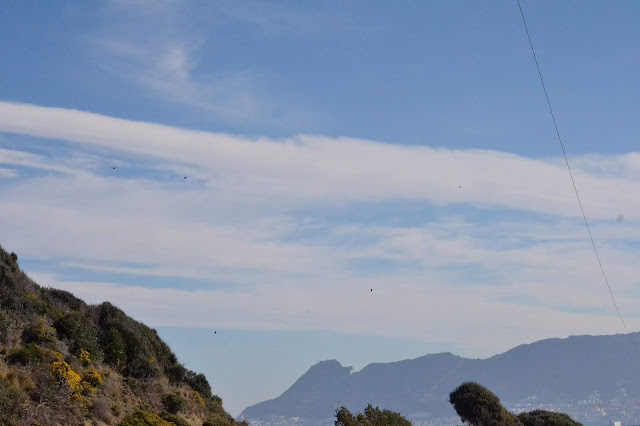 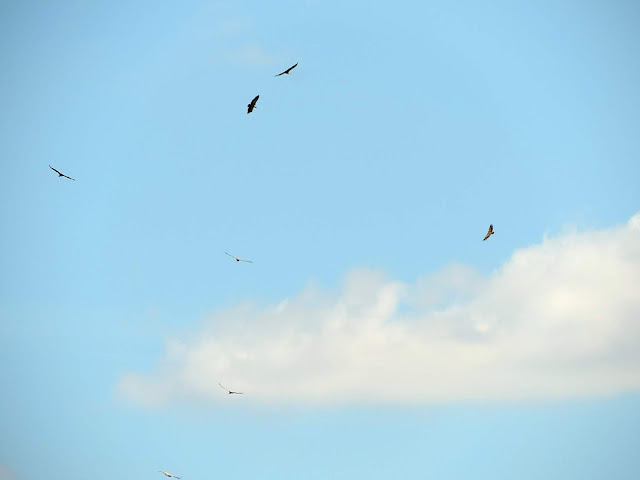 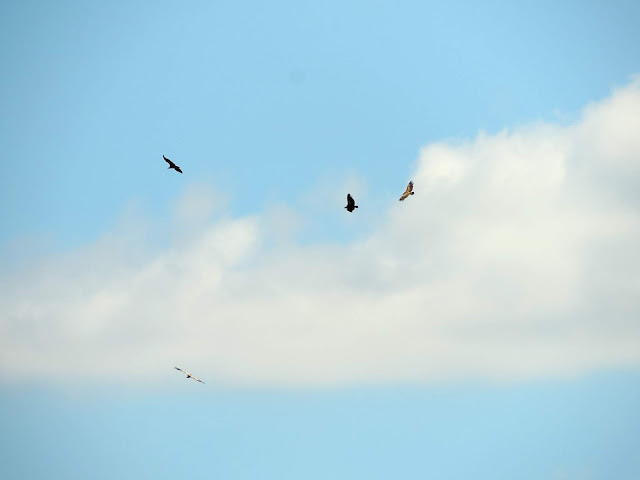 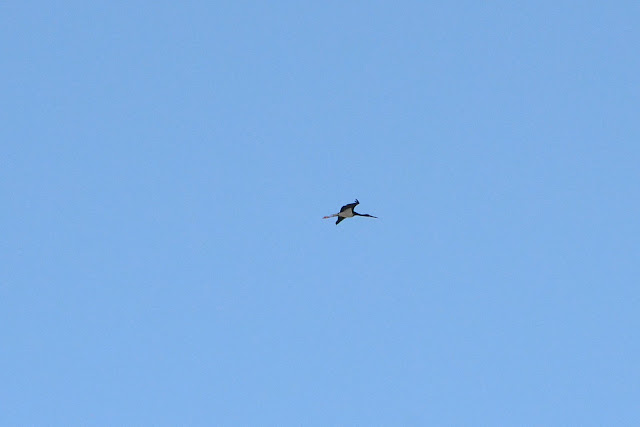 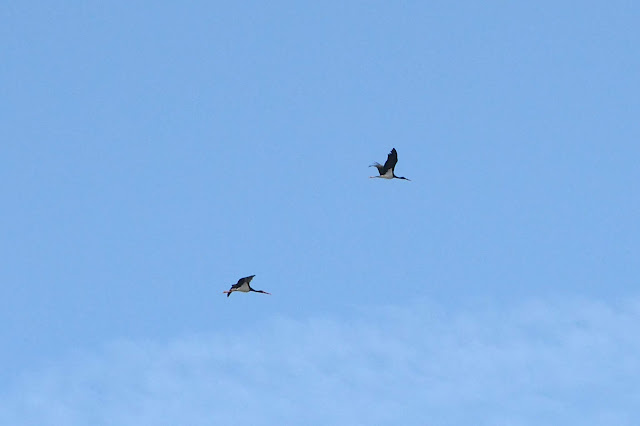 We saw a flock of White Wagtails and heard Yellow Wagtails.

Maybe not migrating but a pair of Ravens (Watarigarasuワタリガラス) were flying over the cliff. 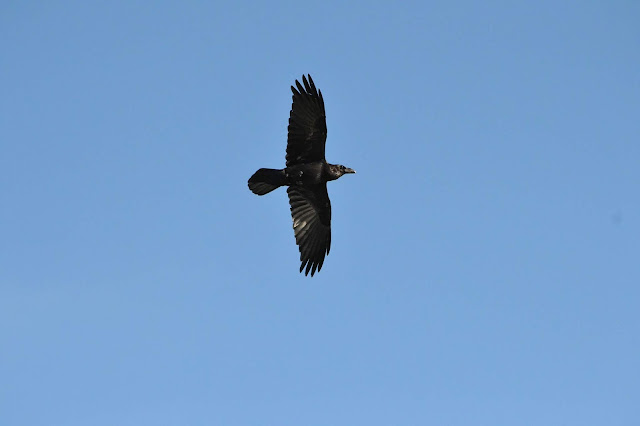 And they were mobbed by Common Kestrels (Chogenboチョウゲンボウ), which didn't seem to be migrating either. 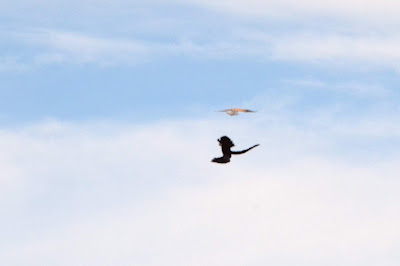 A Subalpine Warbler (Shirahige-mushikuiシラヒゲムシクイ), possibly arrived earlier in the day, was quietly hopping among the shrubs. 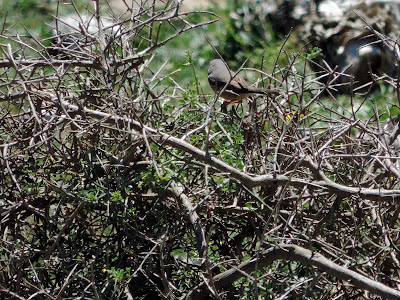 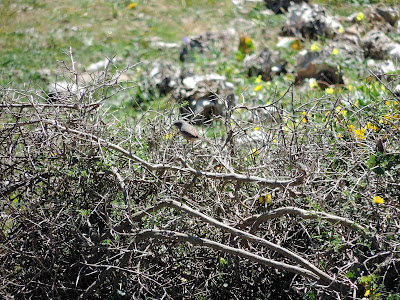 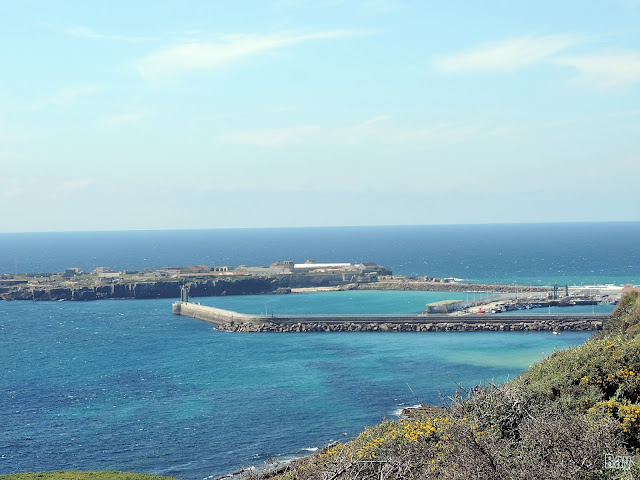 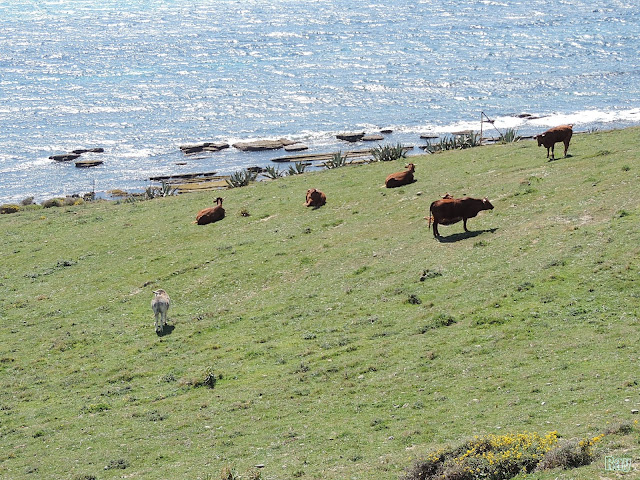 A very exciting morning at the Strait.
Without Vicent, we wouldn't have had a clue of the birds' identification.