During our holiday in Seville, we had 2 whole-day bird-watching trips, one day to Doñana National Park and the next day to the Straits of Gibraltar, organised by our guide, Vicent of Doñana Wings.

a pond in Doñana 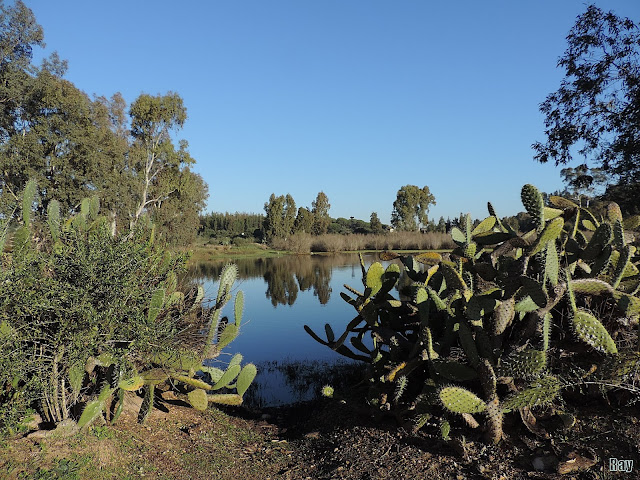 Thanks to Vicent's excellent expertise, we saw many bird species including Andalucian/Iberian special birds, such as the Spanish Imperial Eagle, the Marbled Duck and the Iberian Magpie. 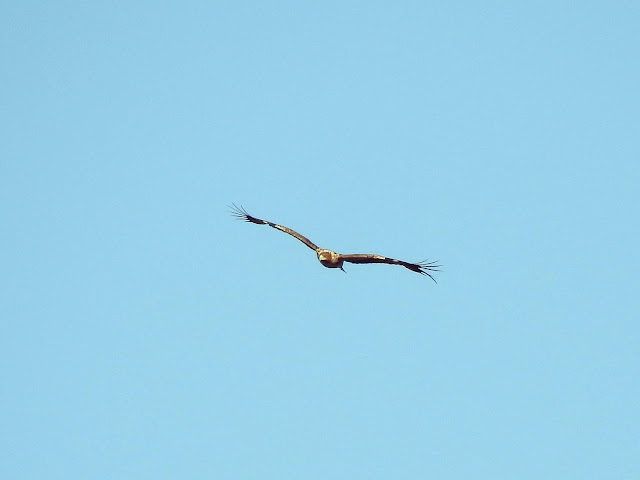 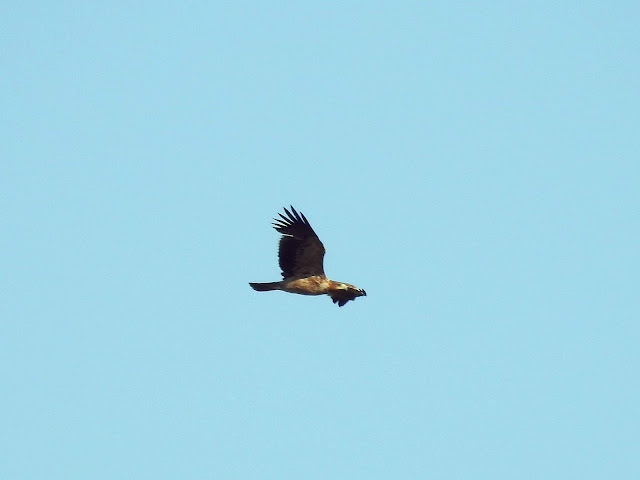 being mobbed by a gang of Western Jackdaws (Nishi-kokumarugarasuニシコクマルガラス) 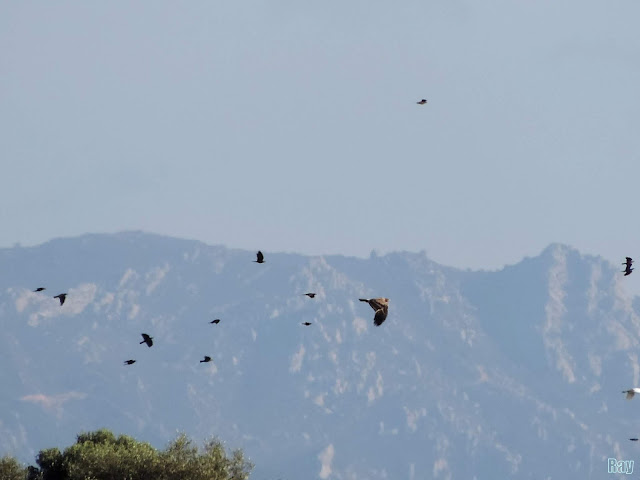 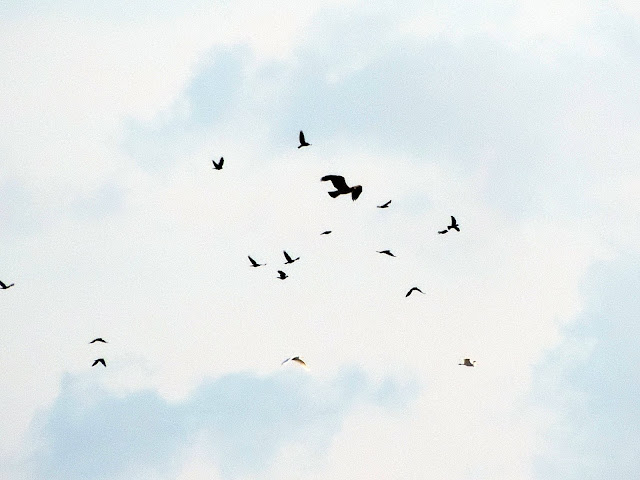 The Spanish Imperial Eagle is endemic to the Iberian Peninsula and classified as an Endangered species. 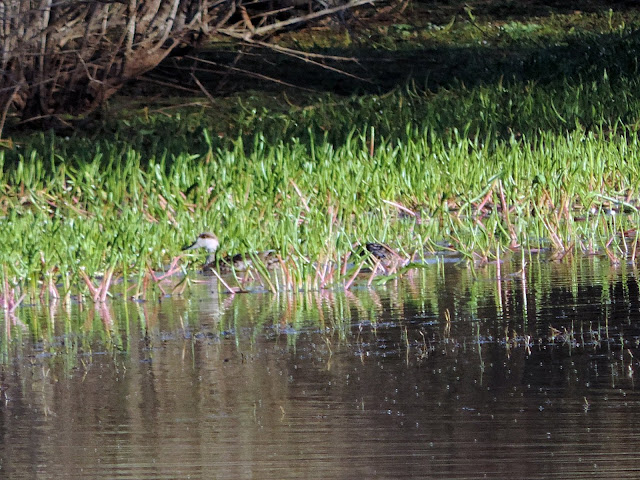 They were feeding in the thick vegetation at the far end of the pond.
You can see their marbled back just about...

The Marbled Duck is resident in Doñana.

the Iberian Magpie (no Japanese name) 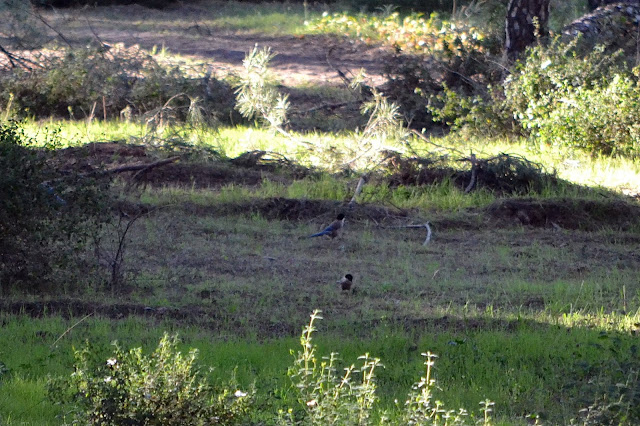 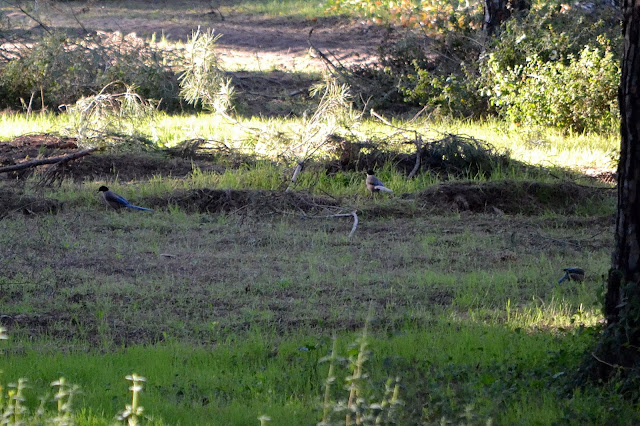 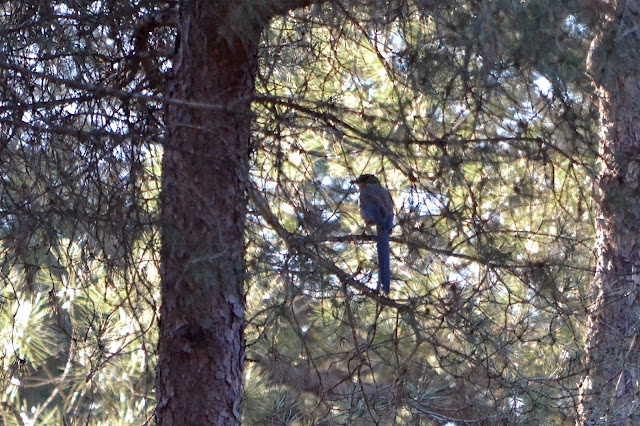 The Iberian Magpie (cyanopica cooki) and the Azure-winged Magpie (cyanopica cyanus) in Far East were considered as one species but recent studies revealed their significant genetic and morphological differences, which resulted in them both having a full monotypic status.

It is very interesting that the birds which look/behave/call almost identically live only on the edges of the great continent, and very mysterious too!

As a record, this is a photo of the Azure-winged Magpie taken in Chiba, Japan 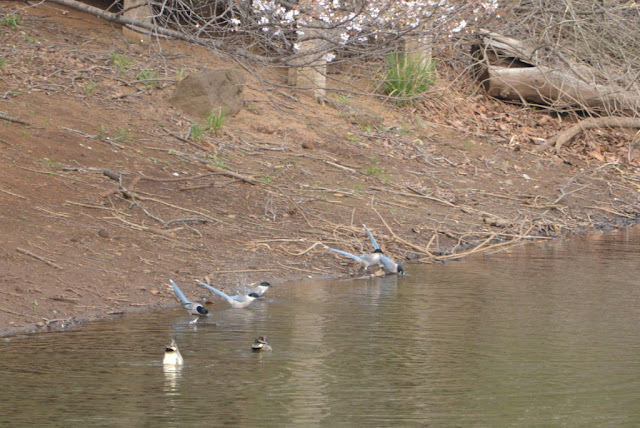 The Iberian Magpie seem much more shy than the Azure-winged observed in eastern Japan.