One of the things which amazed me at the coast was the number of common ducks I see in urban parks and ponds, such as the Mallard (Magamoマガモ) and the Spot-billed Duck (Karugamoカルガモ). They can be hardy, too! 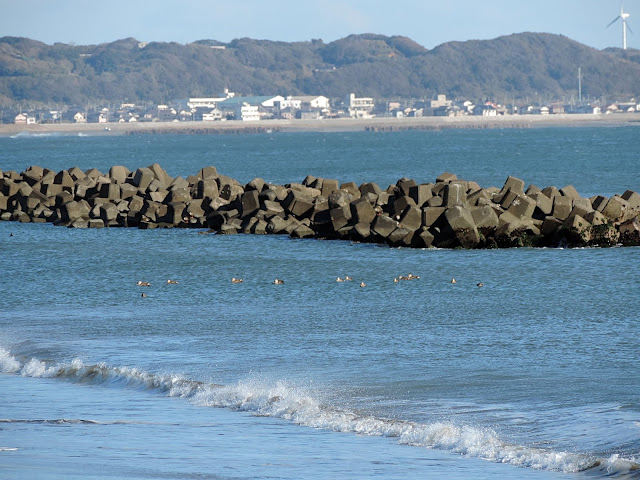 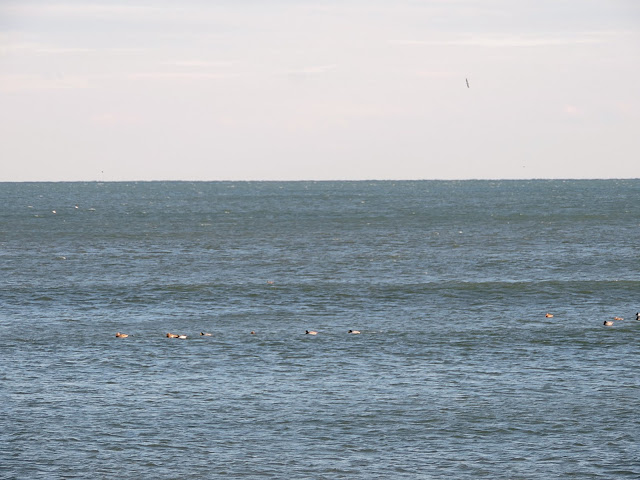 Thousands of them were out in the open sea, floating on the choppy water.
Some can be seen as far out as a kilometre from the shore, according to Mrs M. 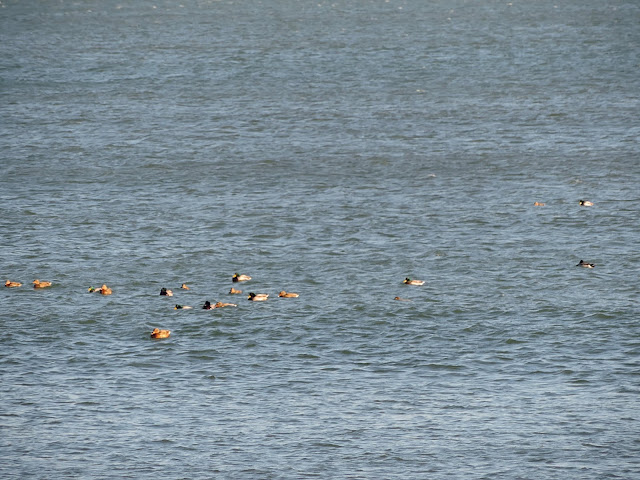 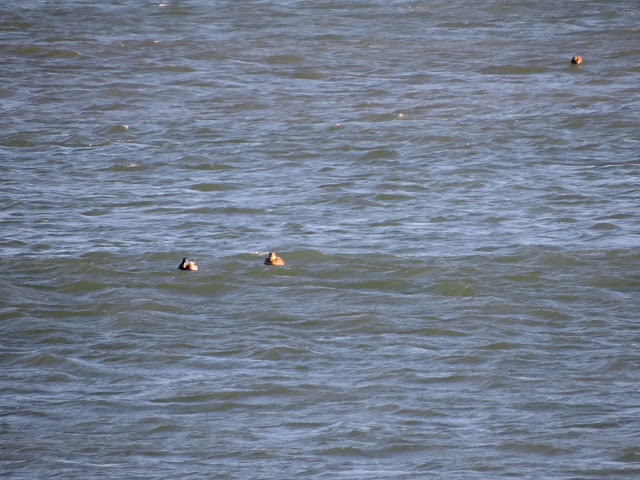 I had assumed that they were freshwater ducks. How wrong I was!

A flock of Dunlins (Hamashigiハマシギ) and Sanderlings (Miyubishigiミユビシギ）were having a rest with some Spot-billed ducks. 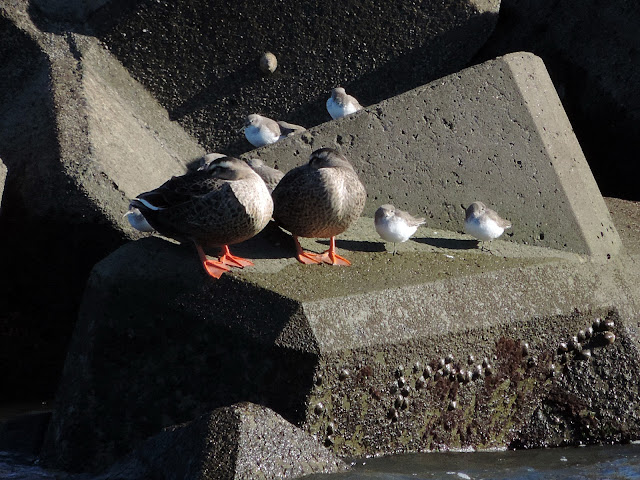 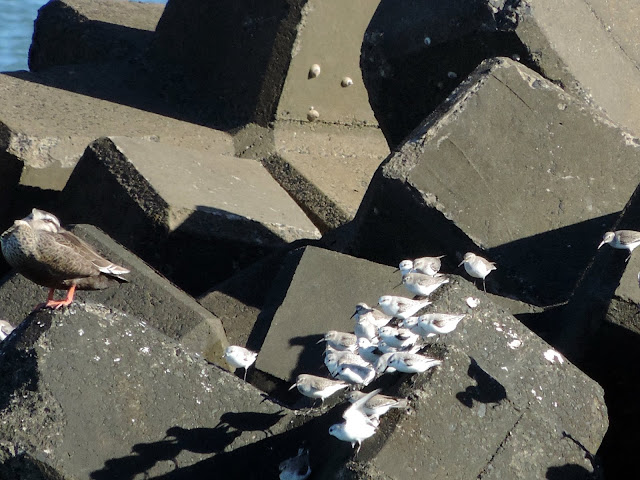 Kentish Plovers (Shirochidoriシロチドリ) on the beach 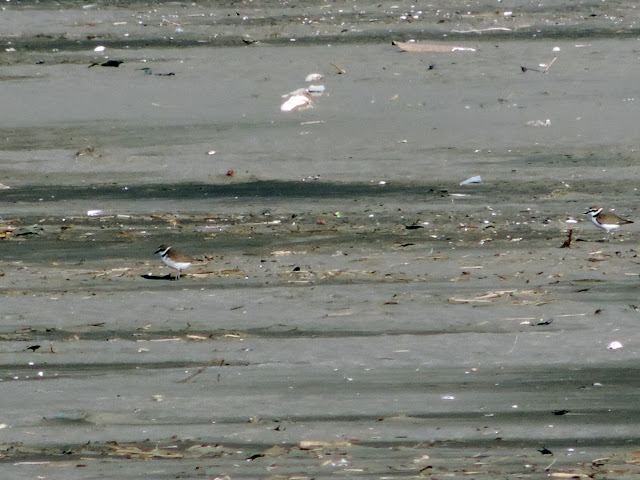 These plovers are resident in the area.