I was lucky to have been introduced to a lady, Mrs M, who has been observing and counting sea ducks along the Pacific coast in Chiba and one day she took me to show me round her area. 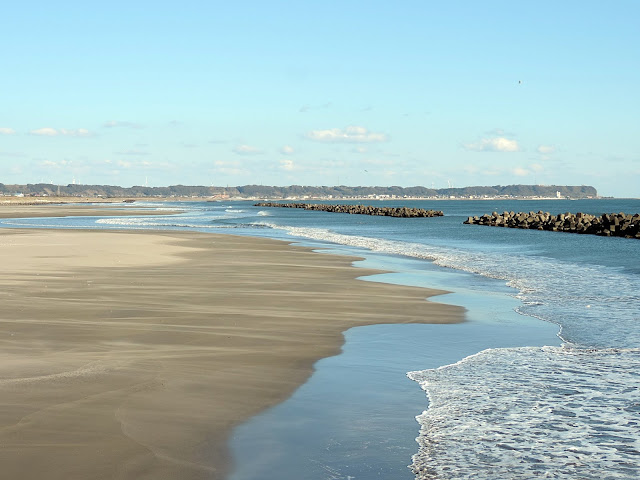 One of the main targets (for me) was the Black Scoter (Kurobamoクロガモ), which are very closely related to the Common Scoter seen in the sea around the UK. 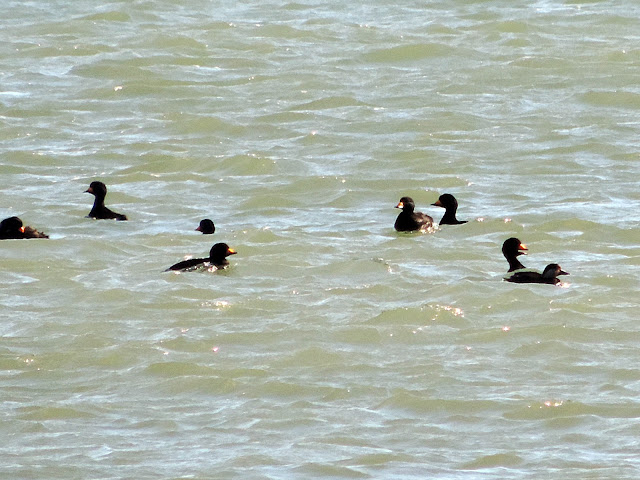 There they are!
The Black Scoter were floating in pairs or groups of 5-10. Some males tried hard to impress the ladies and the others were just chilling out. 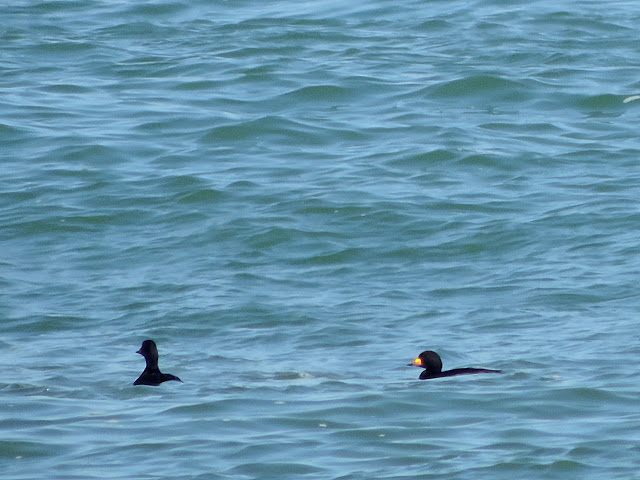 The black ducks with yellow bills are males and the dark brown ones with dark bills are females. 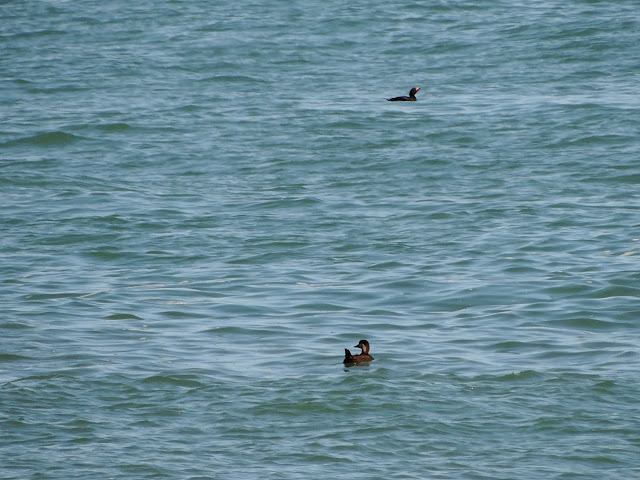 Most of them were beyond the breakwater blocks so I had to trim a lot of my pictures. 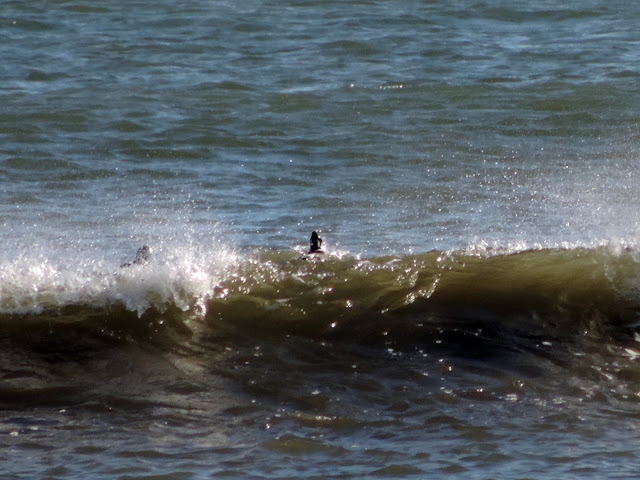 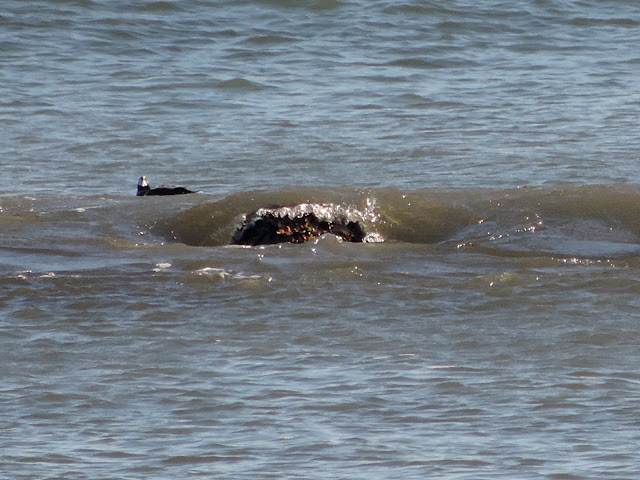 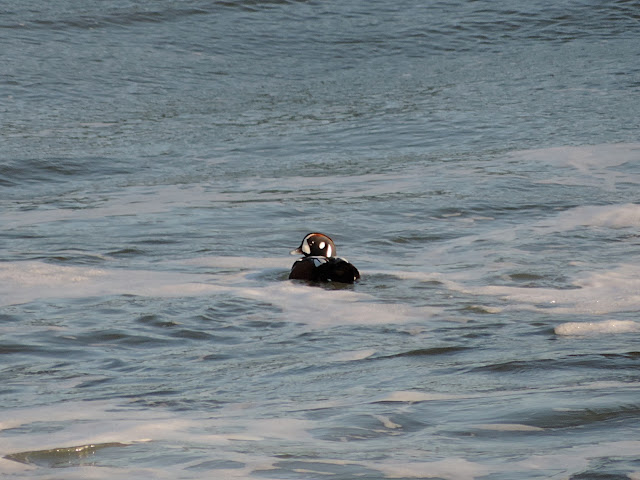 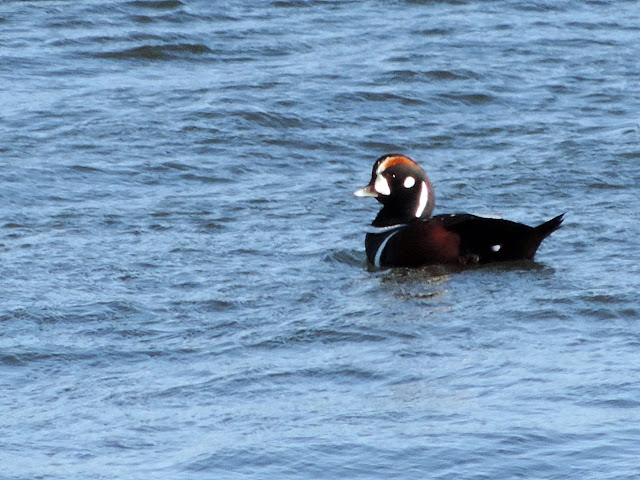 Quite a few Red-throated Divers (Abiアビ) were seen as well. 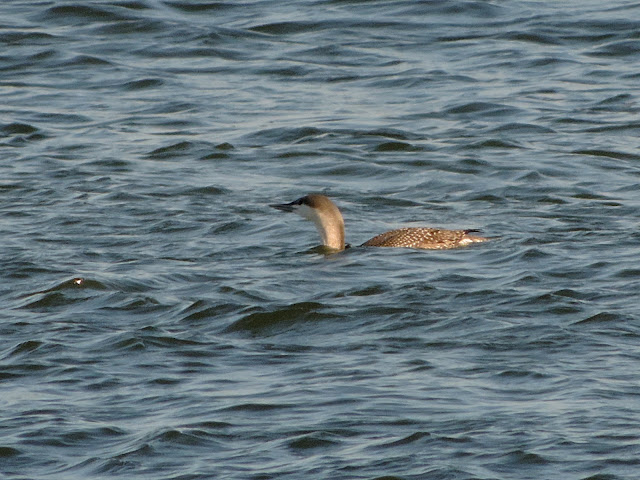 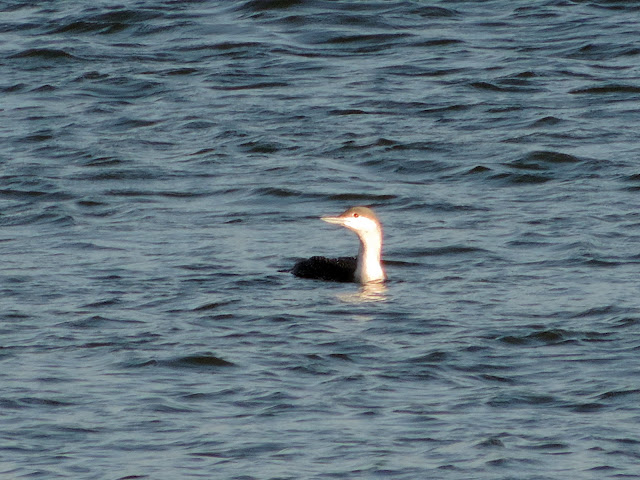 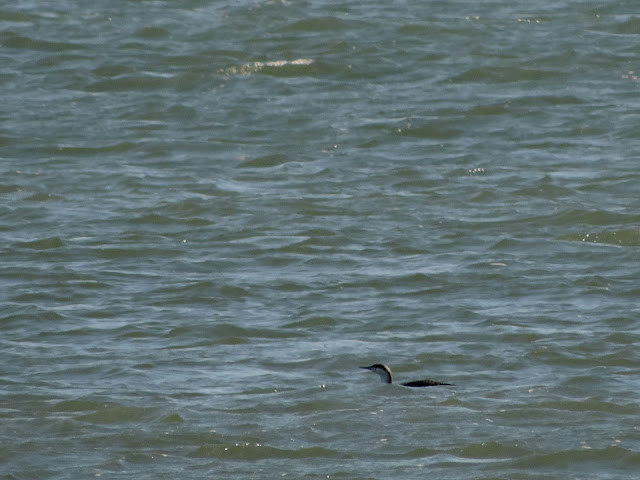 It was rather hard to catch them as they were on their own unlike the scoter and kept diving but it was a joy to see them so well.


Mrs M was very knowledgeable and I learnt a lot about sea ducks and other wintering sea birds. I would like to be like her eventually!
at 00:00