As we were walking through the botanic gardens, a large bird was flying down from the top of a tree in the distance and disappeared. 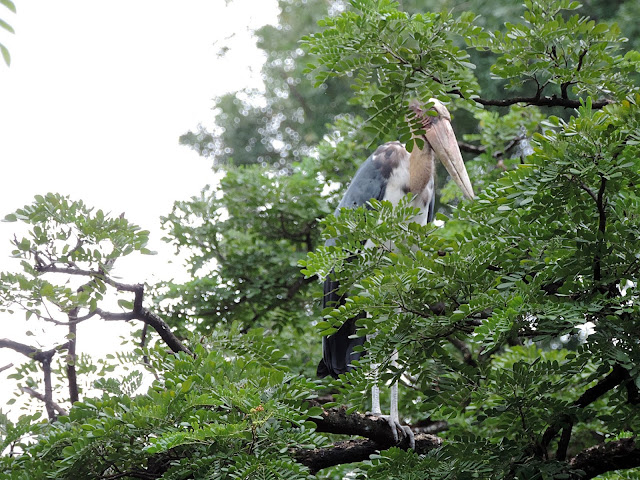 A pond with an island in the middle was a paradise for some water-related birds (and for us, of course!). 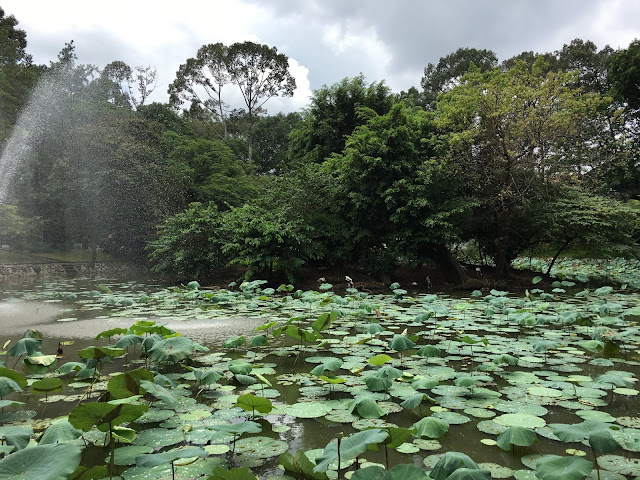 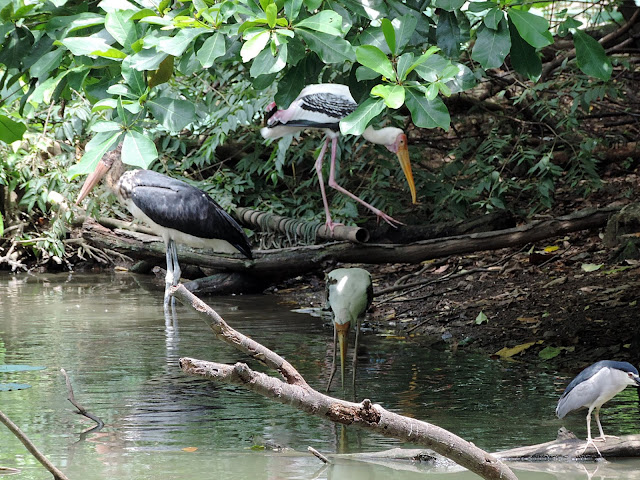 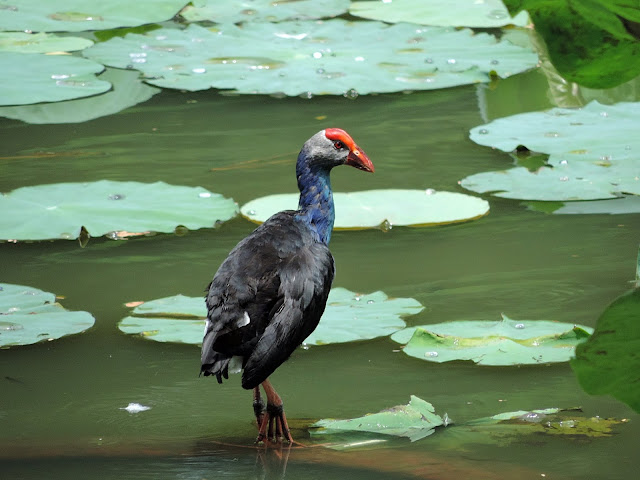 The big bird which looks scary is the Lesser Adjutant（コハゲコウ） and there was not only one but several on the island and around. 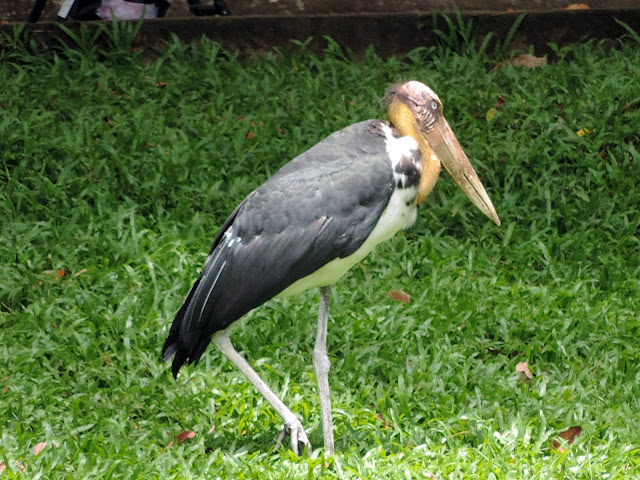 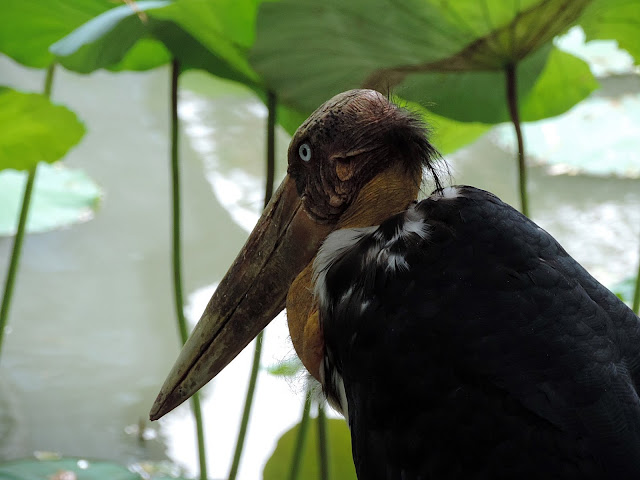 The bird of similar profile to the adjutant but smaller than it was the Painted Stork（インドトキコウ）and they are about 93-102 tall. 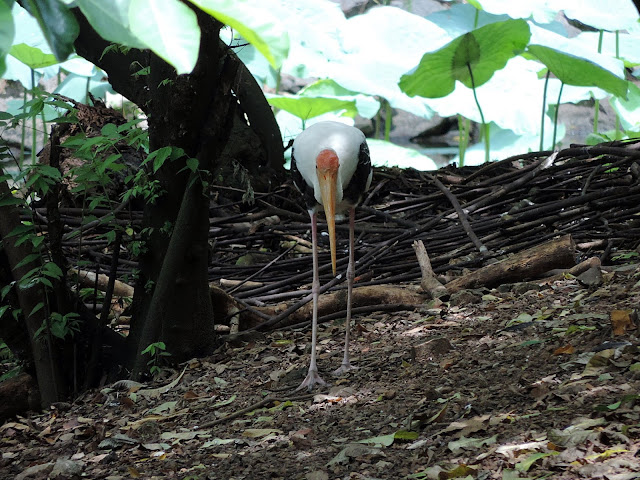 The one with a bare head is an adult. 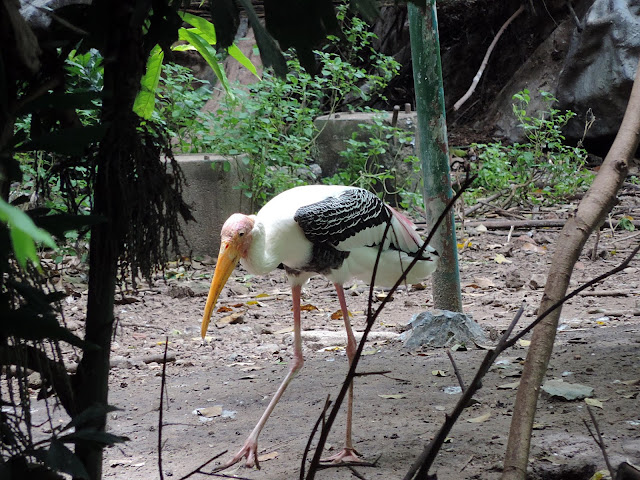 This one is still young with feathers on its head and he was, we thought, hunting(fishing?) for a fish or something in the water by waiting with its long beak open under water. We didn't see any success at all though! 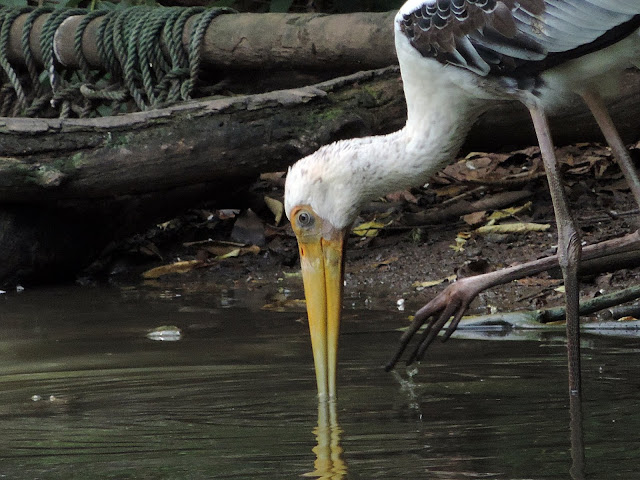 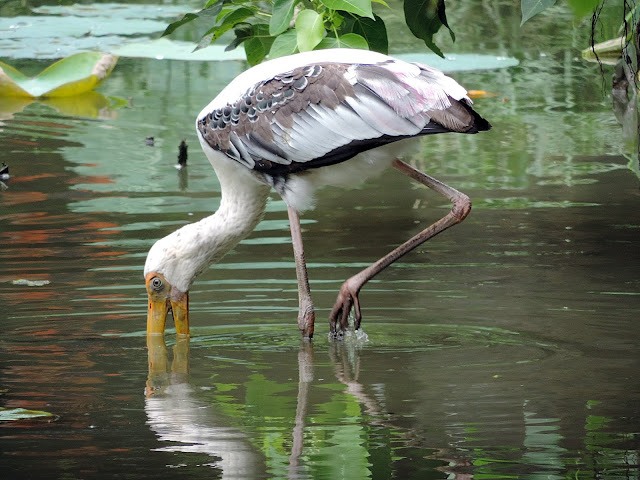 Cattle Egrets（アマサギ）were among the large birds but they didn't stay in one place, sometimes here, sometimes there. 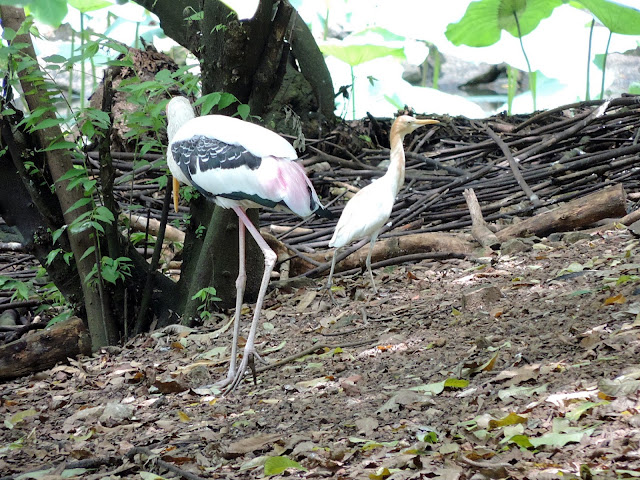 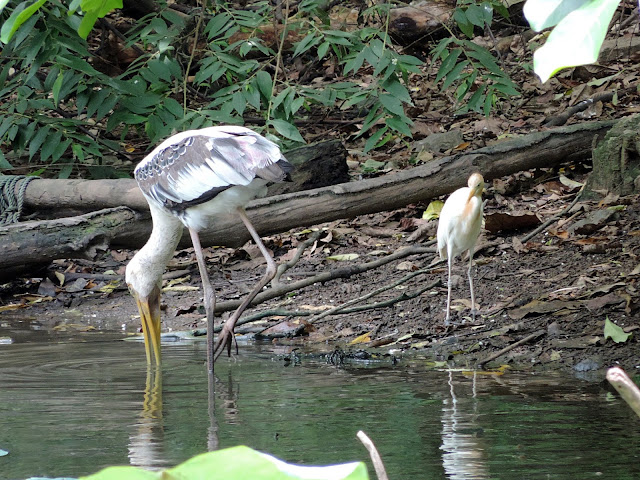 You can tell the size difference between a cattle egret and a painted stork.

The familiar (to us) Black-crowned Night Heron（ゴイサギ) looked rather hot and tried to cool down with its beak open wide. 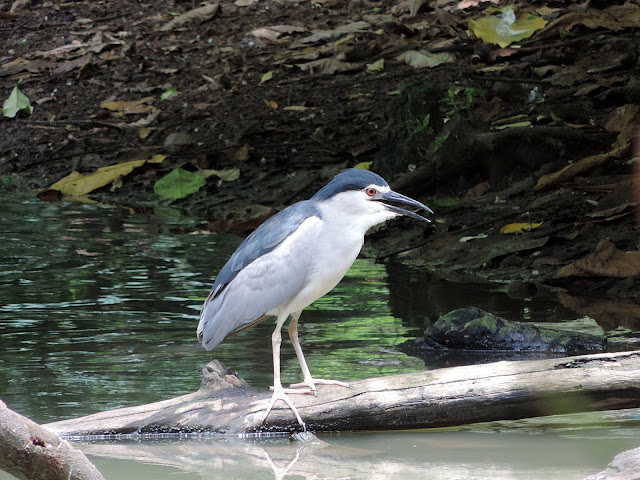 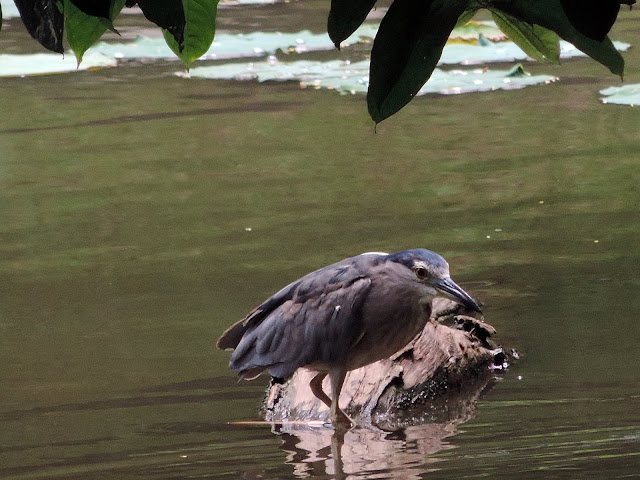 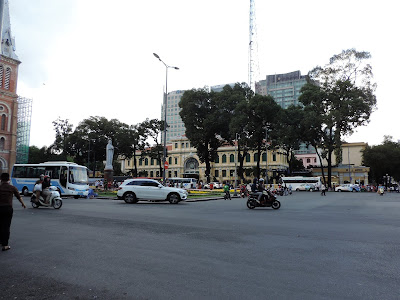 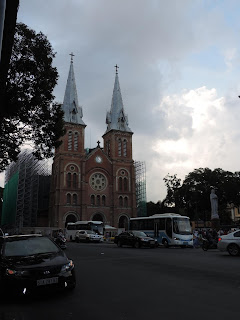 swiftlets over the city

beers at Saigon Saigon Bar in the Caravelle Hotel - The hotel was for foreign correspondents during the American War(Vietnam War) and a bomb exploded on the 5th floor in 1964, in which no one was hurt. 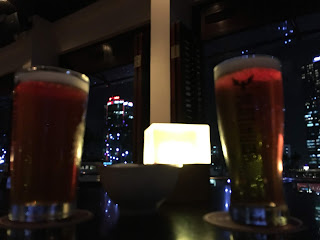 Pho Binh - this little noodle shop was once the secret headquarters of the Viet Cong in Saigon. 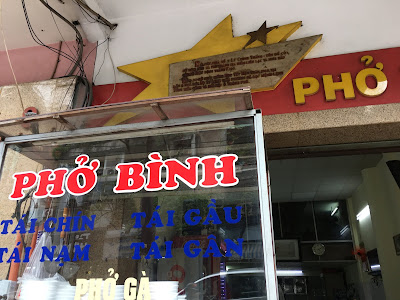