There were some of our target birds on the island and one of them was the Lidth's Jay (Rurikakesuルリカケス). 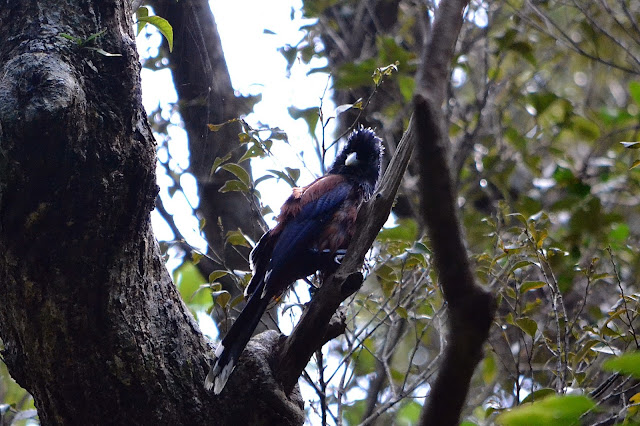 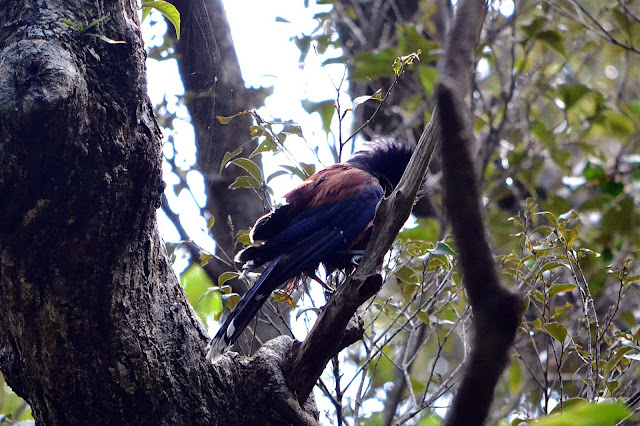 They were really beautiful with purple, brown, blue-ish feathers and a white beak.
We heard them call in many places and saw them flying over the roads we were driving on but it was hard to take a close-up photo.

And the other target bird was the Ryukyu Robin (Akahigeアカヒゲ). 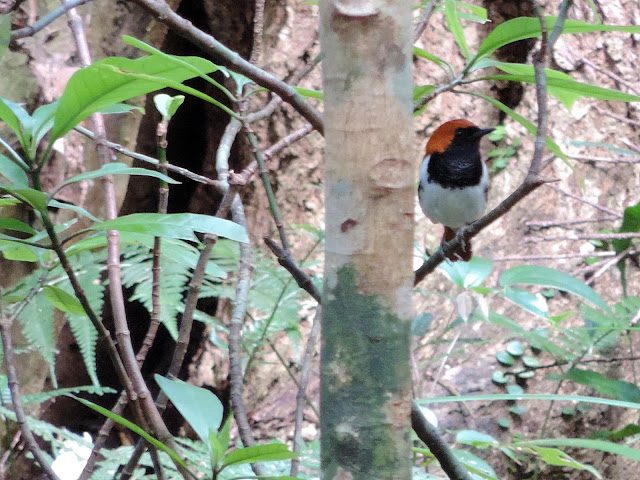 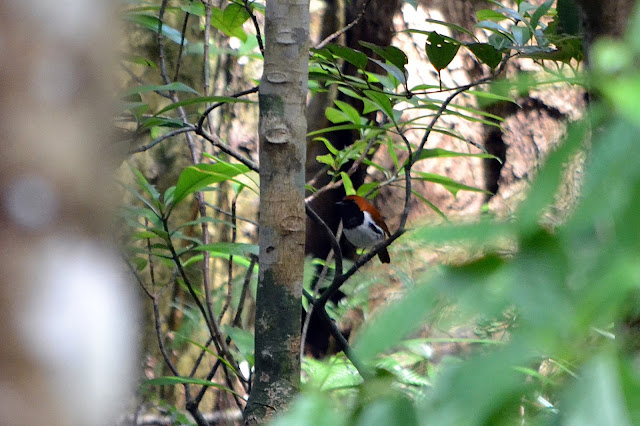 The Ryukyu Robin sings tuneful songs like the Eurasian Robin and now is the best time to hear them as it is their breeding season. We happened to see one singing on the door of the visitor centre in a reserve. We had a great view of him singing but he was so close to us that the camera could not focus on him! Argh!

In the same forest reserve where we saw the robins, we spotted mixed flocks.
Great tit (Shijukaraシジュウカラ） 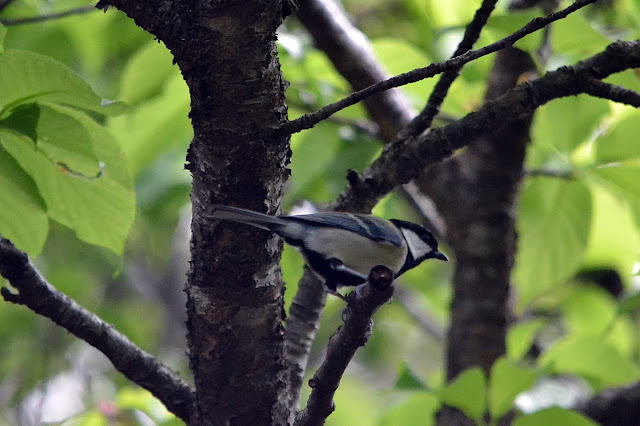 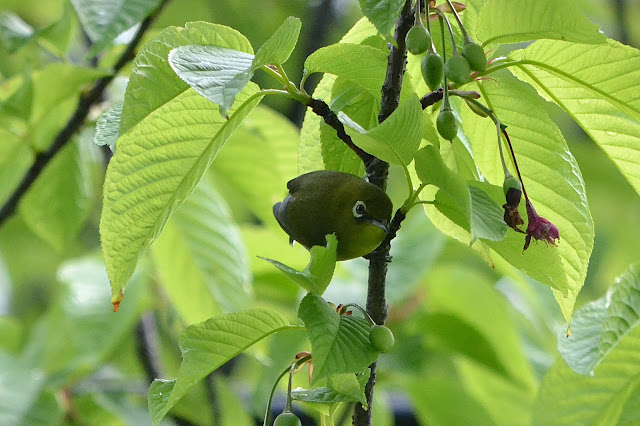 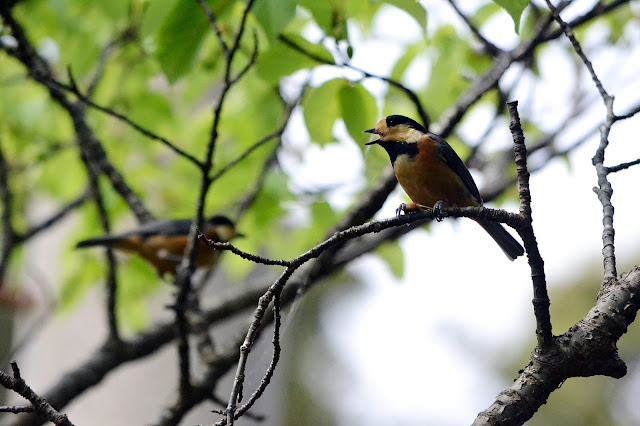 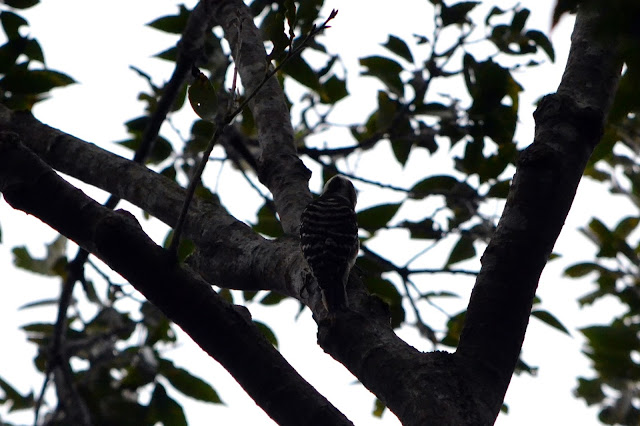 All of the four are Amami/Ryukyu subspecies. They look slightly different from the ones we usually see in Chiba but the differences are subtle and you'd need better pics.

Mr Nagae, our guide, told us that small birds move around in mixed flocks all through the year in Amami, which is very interesting. 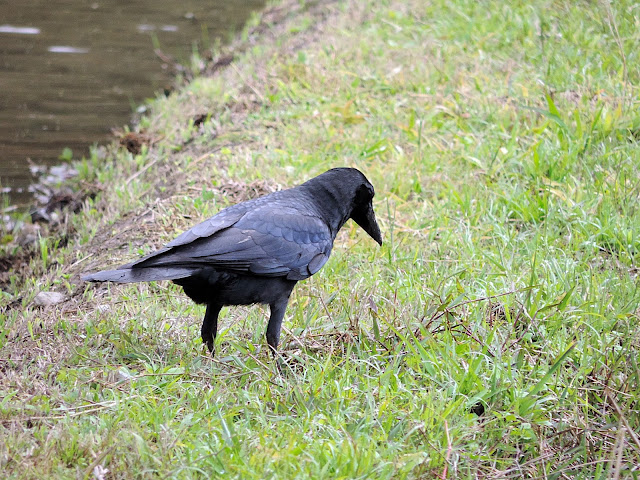 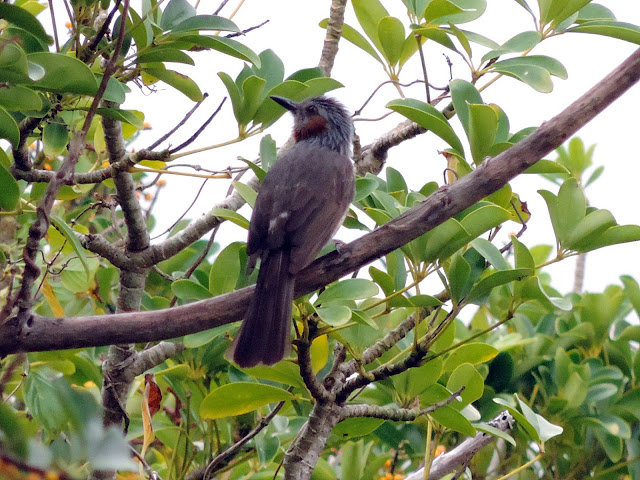 The crow and the bulbul are also subspecies. Thick-billed crows in Amami are smaller and the bulbuls have a darker coloured back than the ones on the mainland.
at 22:03