We went on a nature-watching night tour, on which we (or rather I) was expecting to see the endemic Amami Black Rabbit (Amami-no-kuro-usagiアマミノクロウサギ). 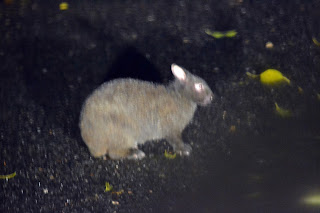 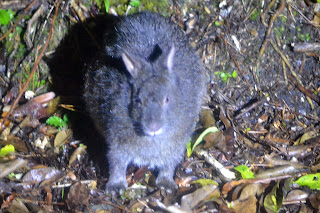 We were able to see half a dozen or so of them within an hour. Some sat and froze, some ran for life, some just kept nibbling grass... different characters from each other:)

They were separated from their continental cousins a long time ago and have stayed in quite a primitive form - short hind legs, short ears, small eyes and bulky body.

The rabbits are under threat from mongoose, which were released deliberately by humans to control the venomous snakes, and also from feral dogs and cats. The conservationists and local council have been trying to keep the numbers of those predetors down and the rabbits are doing better than they used to.

Other creatures we saw on the night tour:
Amami Thrush (Ootoratsugumiオオトラツグミ) - endemic to the Amami archipelago 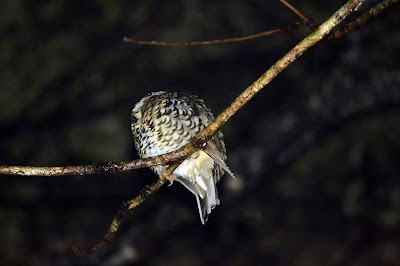 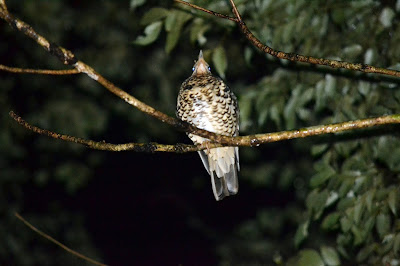 sorry to disturb you... 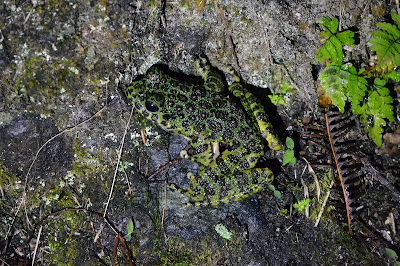 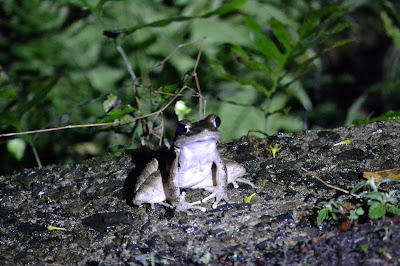 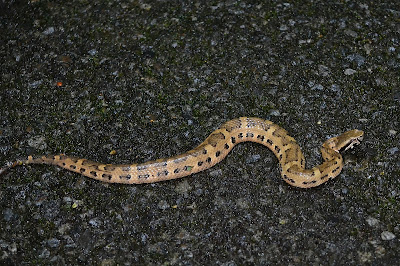 We saw several Amami Woodcocks (Amamiyamashigiアマミヤマシギ) being flushed by our car but could not see them so well but one, which stood on the fence by the road. No picture of it, unfortunately, though. We also heard Elegant Scops-owls (Ryukyu-konohazukuリュウキュウコノハズク) calling.

It was a very interesting tour and we were well informed and feel well educated:)
at 23:28