My early morning walk started with a great surprise!

A Cuckoo was munching a caterpillar. 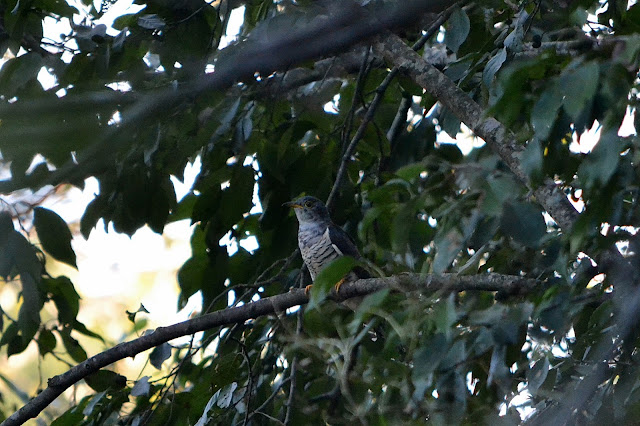 There are 4 cuckoo species coming to Japan to breed and this one coud be either a Lesser Cuckoo or an Oriental Cuckoo.

He was sitting very quietly in the tree by the pond but seemed to have found something to eat on the other side, at which point I lost him. 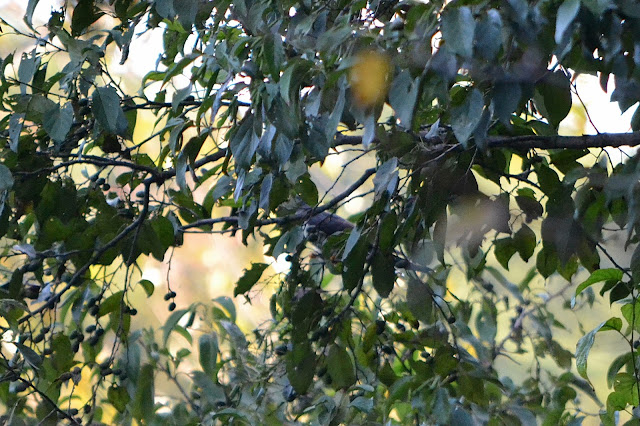 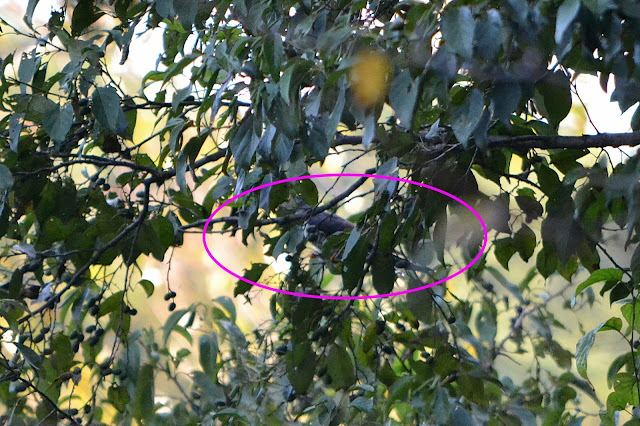 I was expecting to see some migratory birds but the ones I had in mind were small warblers or flycatchers not a cuckoo! What a morning!
at 07:08