I didn't see any wintering birds in the Ecology Park so I cycled down to the Miyako stream to see if any shrikes had arrived - and Yes! 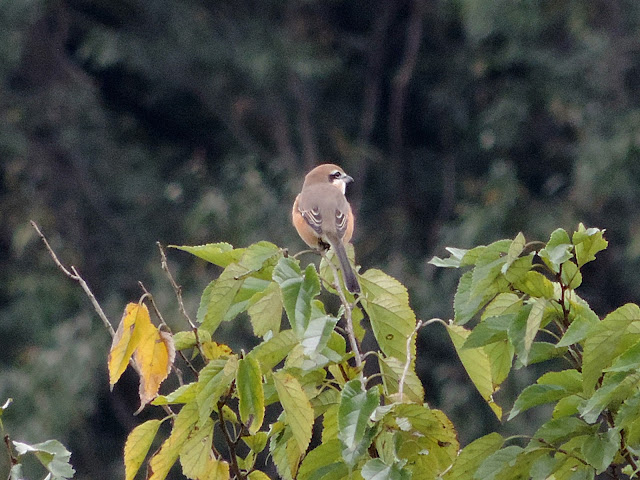 I heard their shrieking calls on tops of the trees, in which they were claiming their wintering territories.


Some Cormorants (Kawauカワウ) were resting on top of some telegraph poles and I had never seen them do so around this park before. 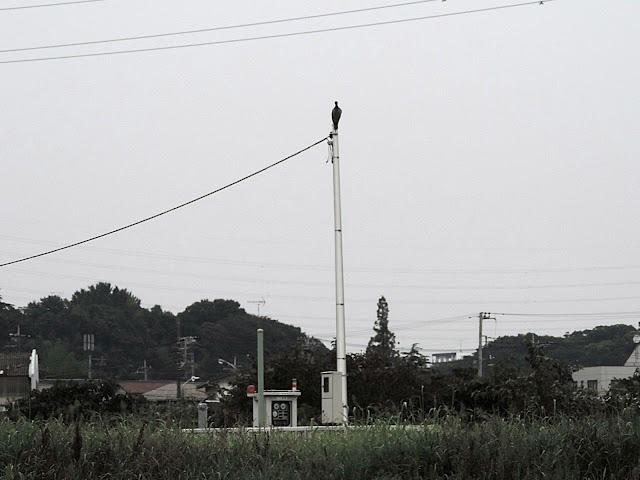 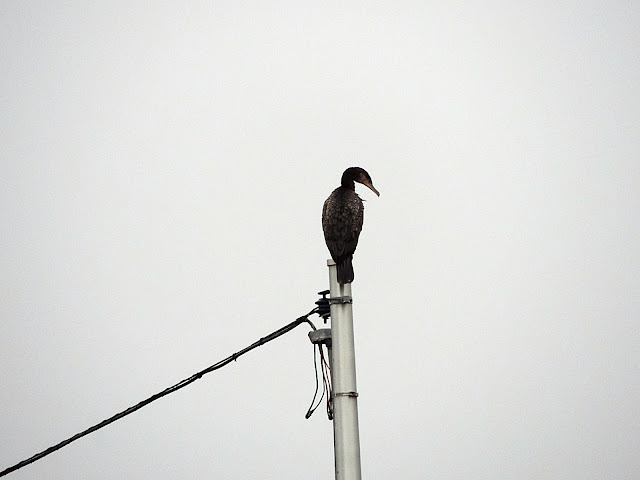 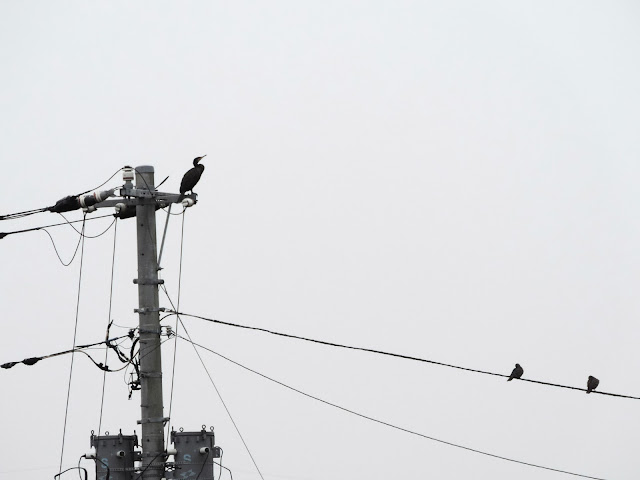 There were more than 300 Tree Sparrows in the paddie fields and in the trees around the fields. The sky was getting too dark so I didn't get a good picture of them but I had them on almost the same day of last year.


Just like last year, there were grasshoppers and dragonflies everywhere! 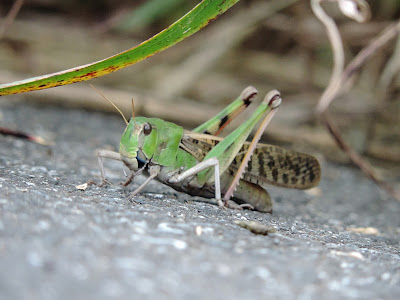