Towards the end oｆ day 1, we were looking up at a big tree with lots of herons perching in it.

A Little Egret with beautiful breeding colours on its face 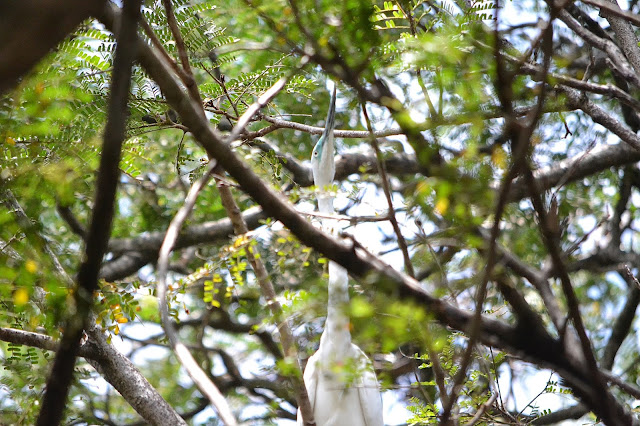 A pair of Black-crowned Night Herons take turns sitting on their eggs. 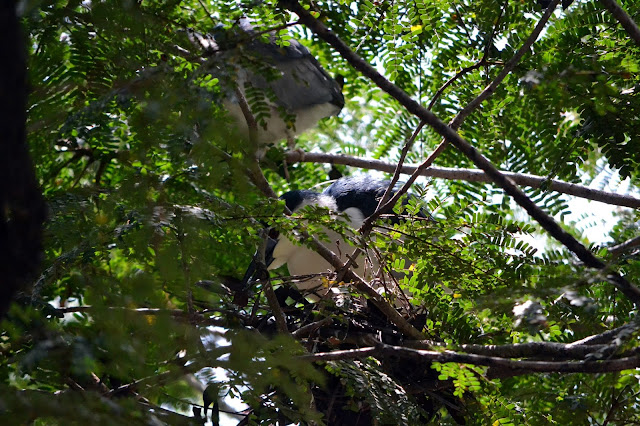 A Rufous Night Heron was watching us watching him! 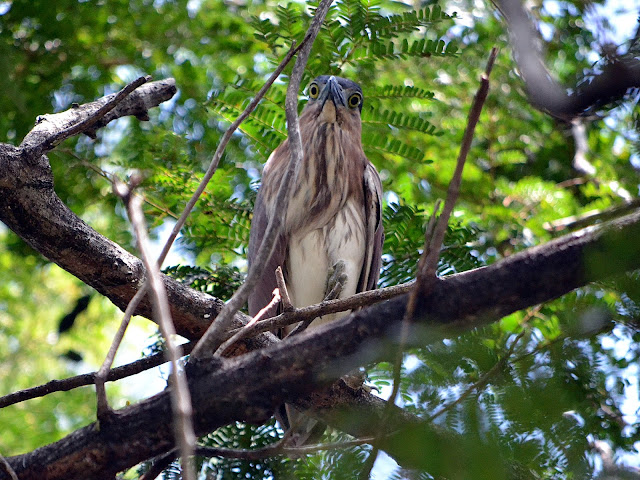 There were not the only one but several pairs of Rufuous Night Herons were breeding among the other herons and egrets. 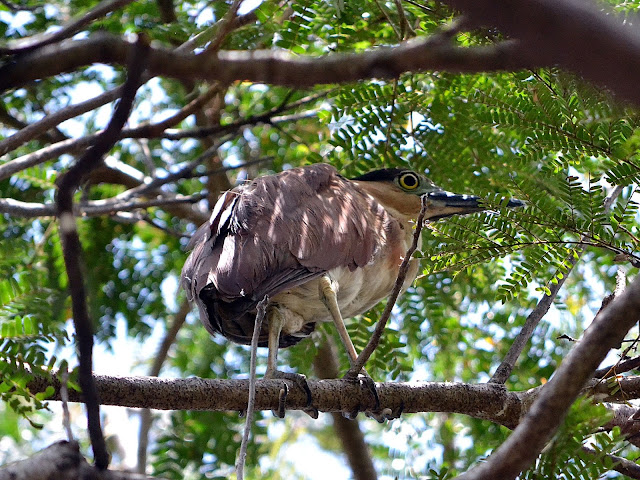 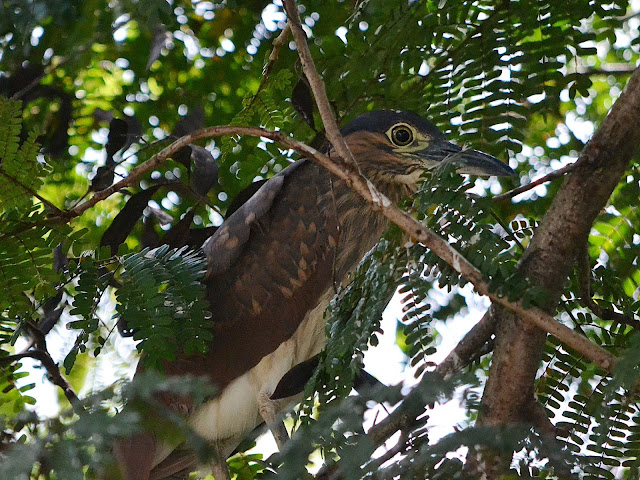 Some nests had chicks but unfortunately the vegetation was too thick to get a good view of them from the ground.


In the same tree, a Pied Triller was sitting quietly. 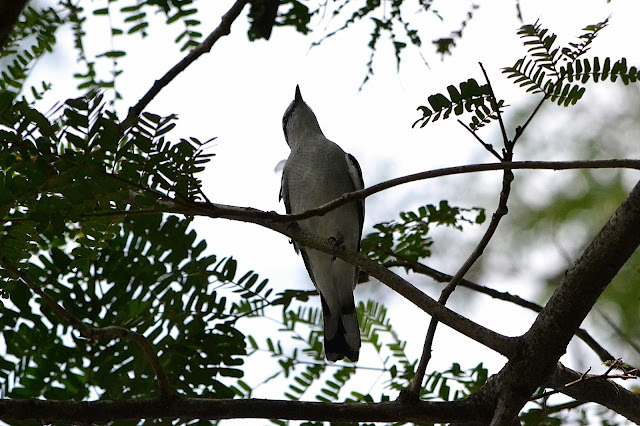 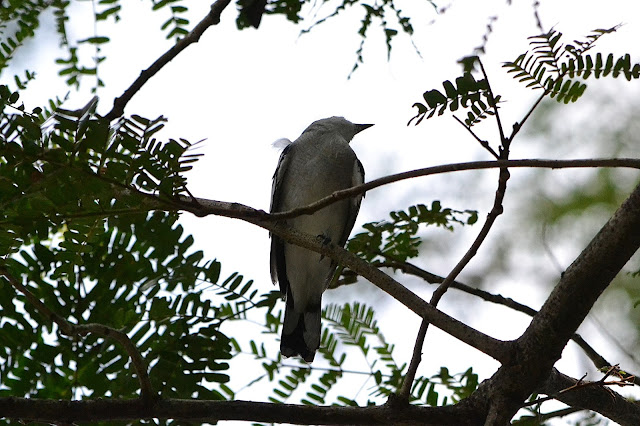 A Sunda Pygmy Woodpecker was pecking the heronry tree:) 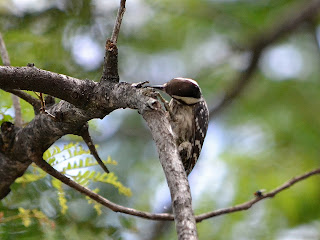 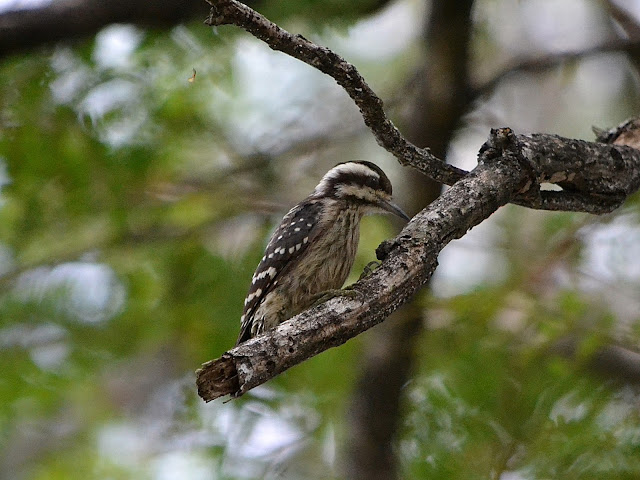 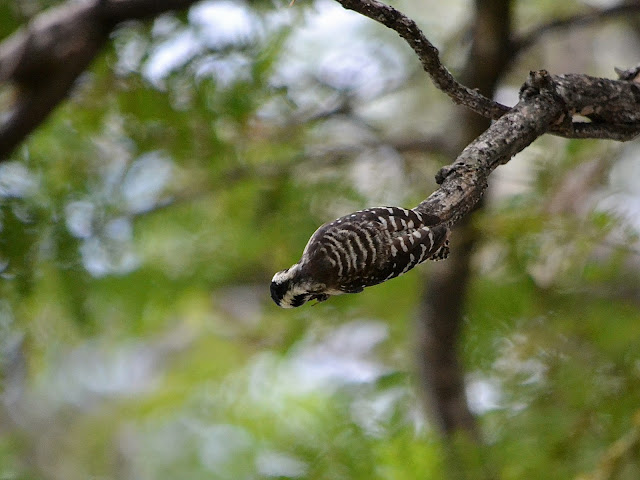 It was only a half day birding on Day 1 but we saw/heard 30+ species, most of which were new birds to us:)