Although the park was full of calls by fledglings, following their mums and dads or begging for food, green leaves make it almost impossible to see them closely.

The only bird which came very close to me voluntarily was a Japanese Pygmy Woodpecker (Kogeraコゲラ). 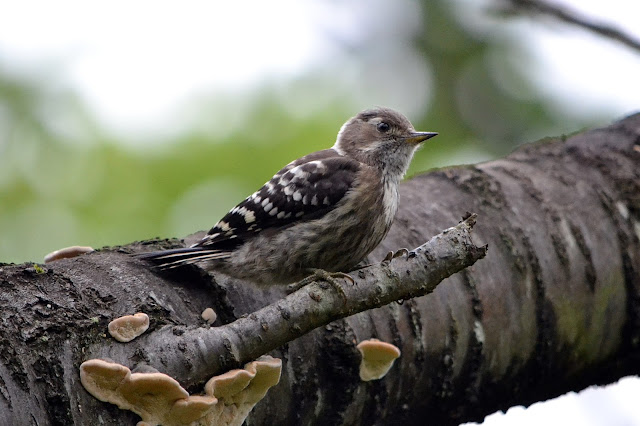 Is he/she a fledgling? The bottom of its beak looks rather yellowish. 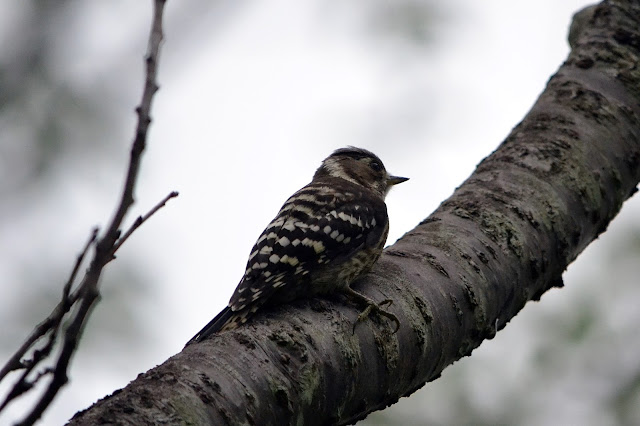 He/she started preening just a few yards away from me! 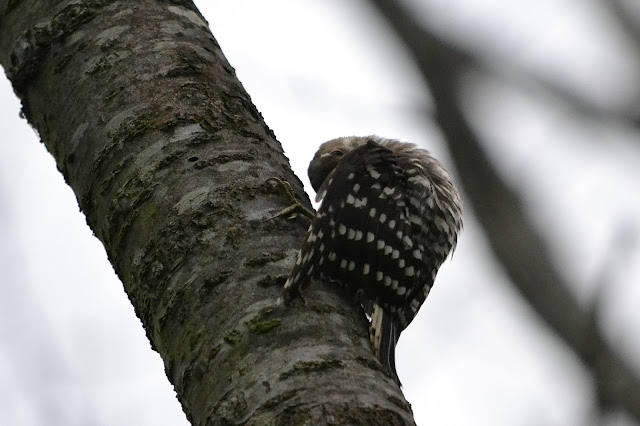 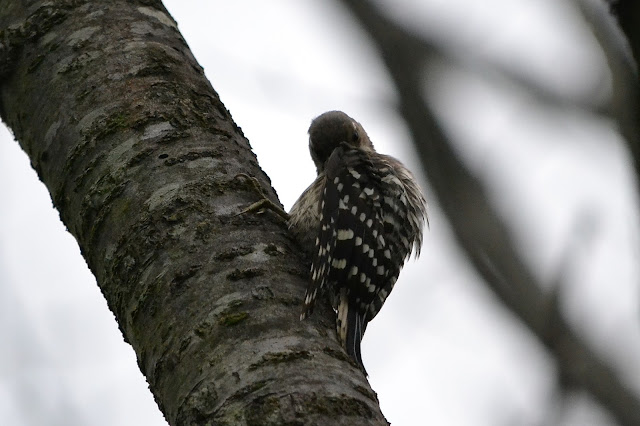 It is always a great pleasure seeing one of them:) Thanks!


An Eastern Great Tit (Shijukaraシジュウカラ) family were very vocal and flying past over my head. 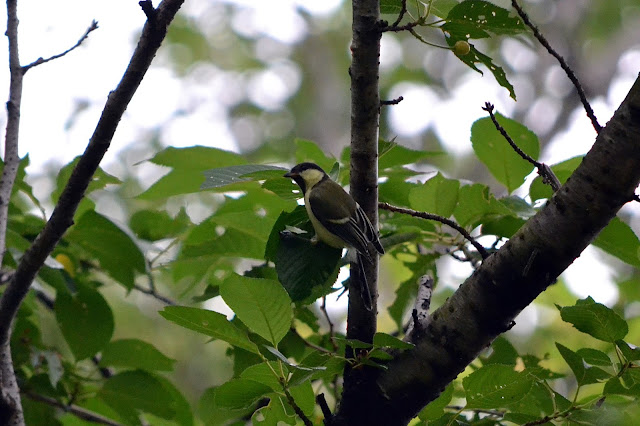 Has he got some snack? 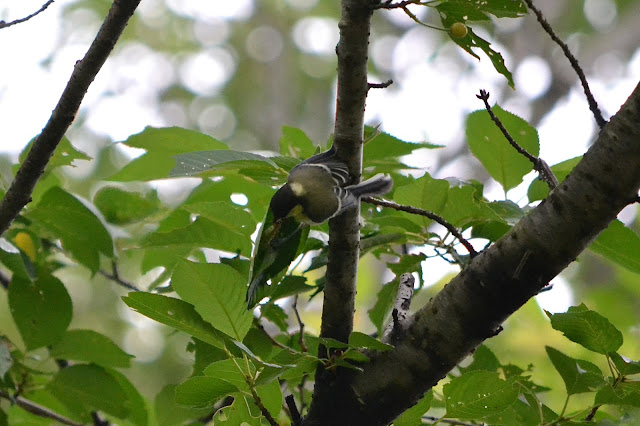 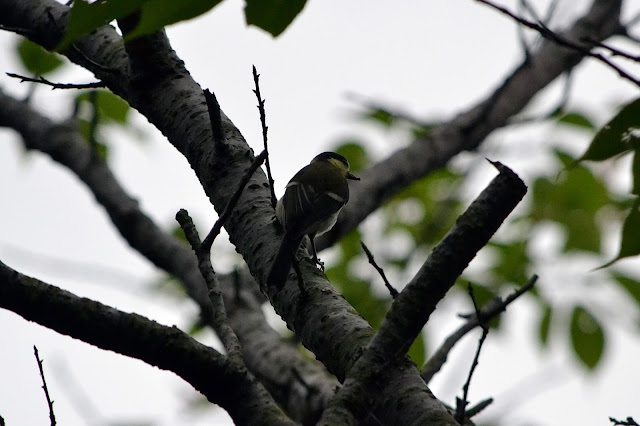 Other very vocal bird families were Grey Starlings (Mukudoriムクドリ), which were in trees everywhere in the park. But all my attempts to get closer to them failed... They were the only ones which were visible! (The right one is a fledgling.) 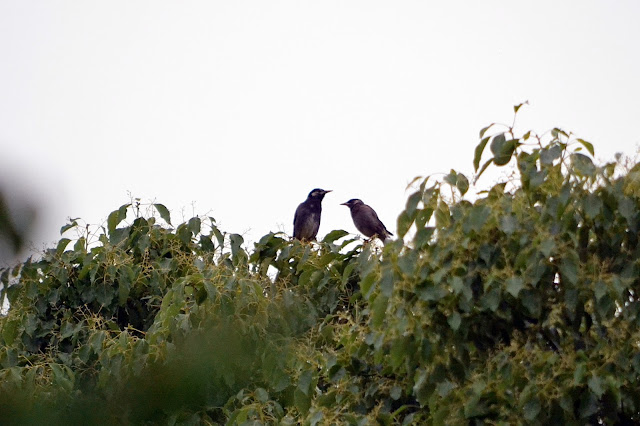 It was rather a bird 'listening' walk than a bird watching walk but I rather enjoyed it.
at 20:09