2 years ago just after we moved into Chiba, we went to Inage Yacht Harbour to see Eastern House Martins.

But last year I didn't see any martins' nests on the same building and sadly there are none this year again.

There were a couple of pairs of Barn Swallows (Tsubameツバメ) flying around the building this year.  They looked like they were refurbishing the old nests. 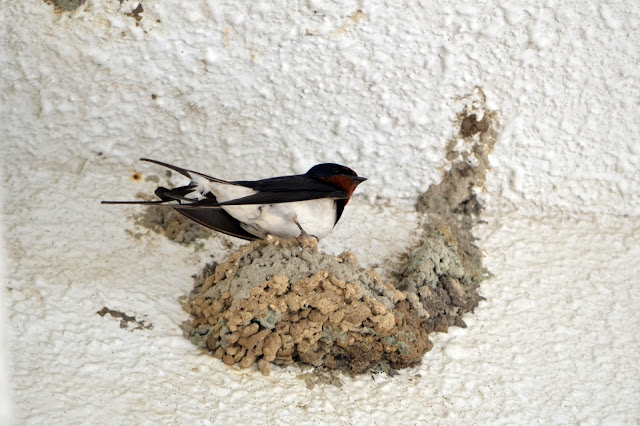 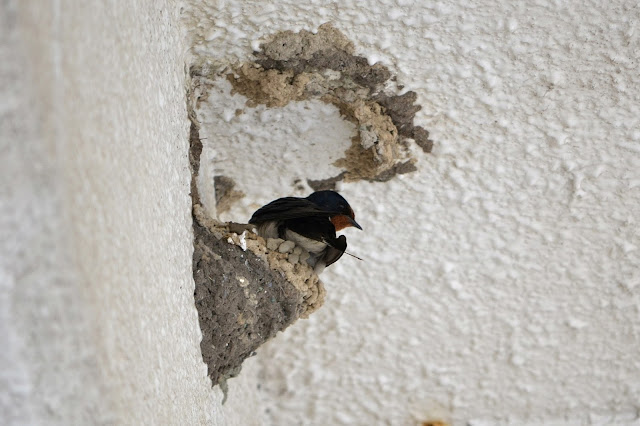 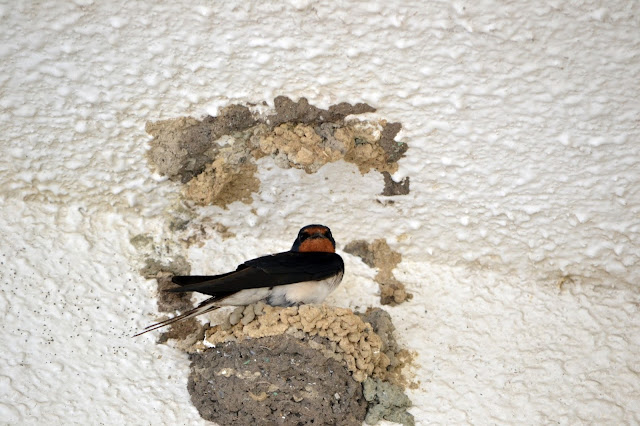 This one looked completed but empty?? 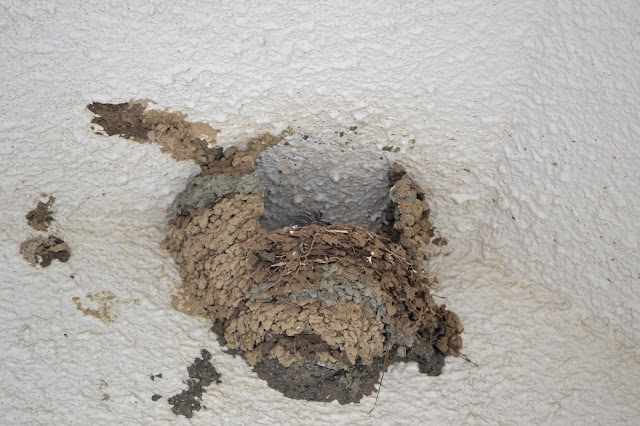 Then, I saw 2 yellow mouths in the nest when a parent came back!! 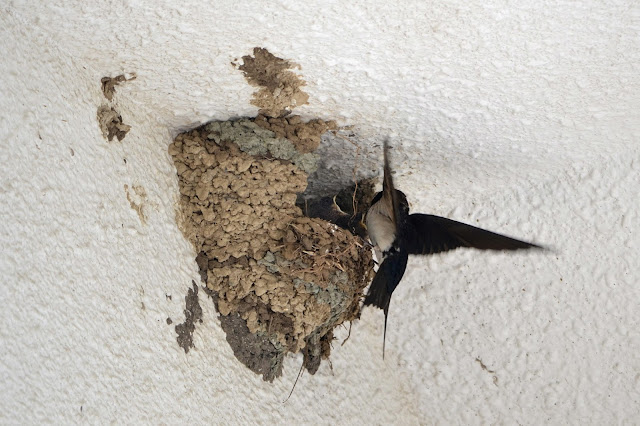 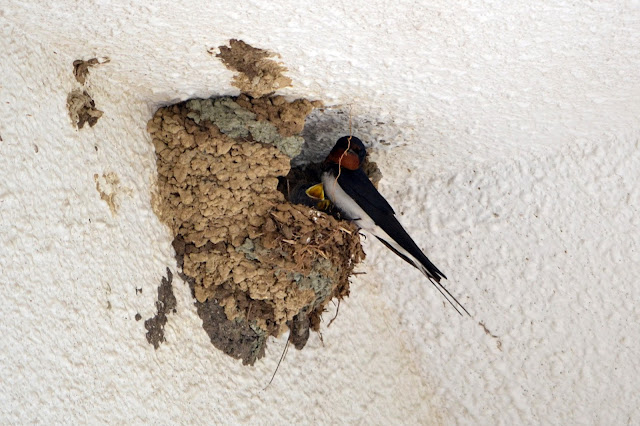 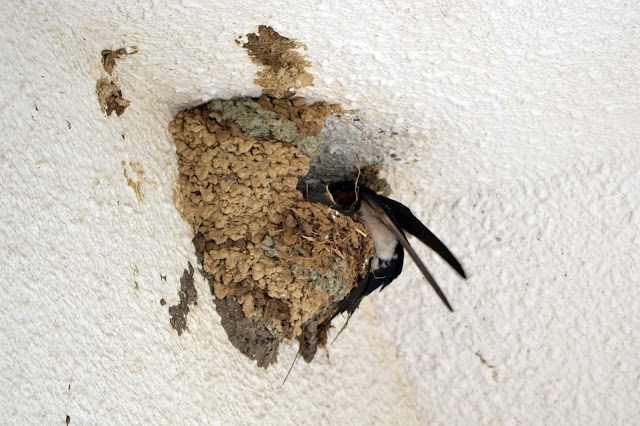 It looked almost like the chick was swallowing its mum! 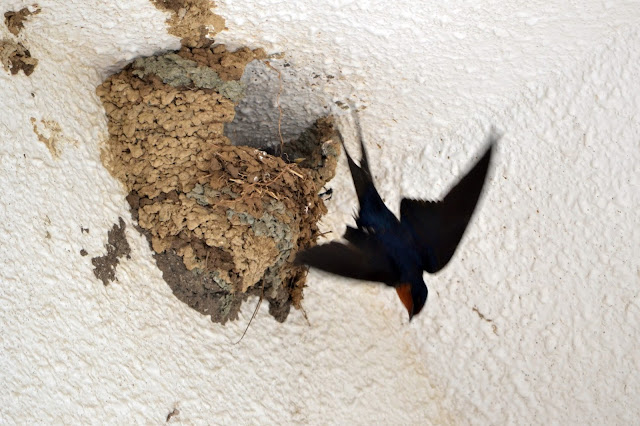 Although there were no martins' nests, I was happy I was able to have a close look at the Swallows' nests. The Barn Swallows have been having a tough time in Japan (probably in many other countries as well) and I do hope these guys will do well to raise their chicks.
at 22:50