I went to Kemigawa no Hama to check if there is any sign of the Little Tern. Sadly, I saw no terns but other birds pleased me on the beach and on land.

A lone Grey-tailed Tattler (Kiashishigiキアシシギ) was foraging on rocks by a pier. 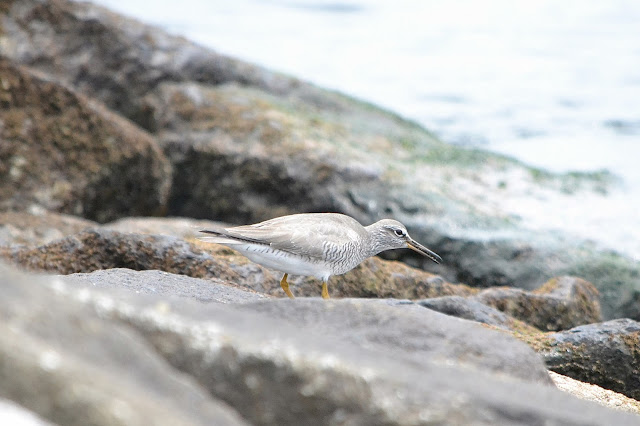 I walked slowly and slowly to get closer to him, but he didn't seem to mind much. 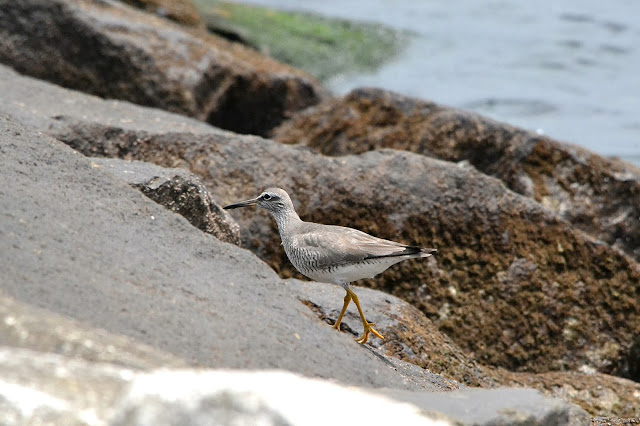 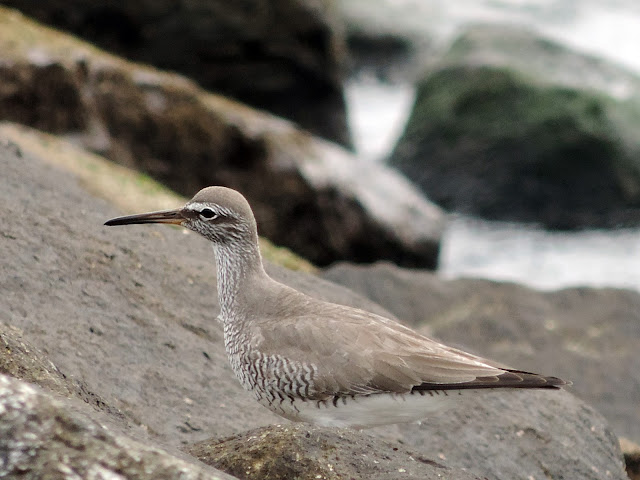 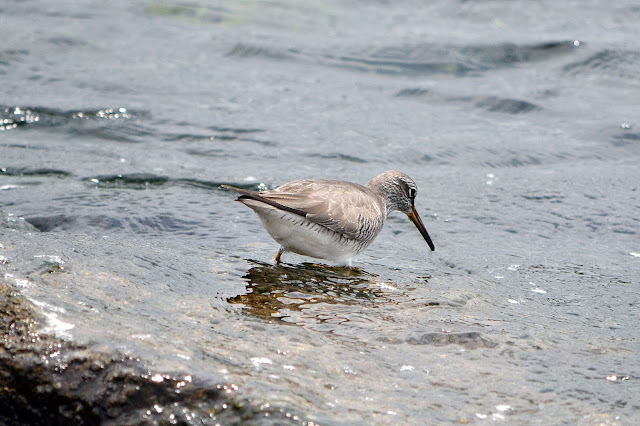 A lone Turnstone (Kyojoshigiキョウジョシギ) was on the other side of the pier, foraging. 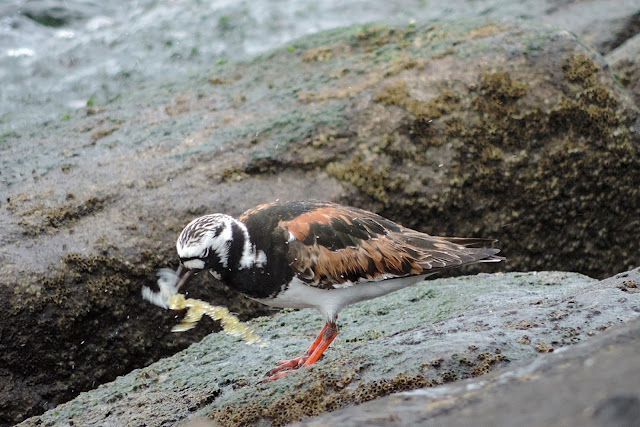 He was on his own too so he often looked up to check if there would be any danger. 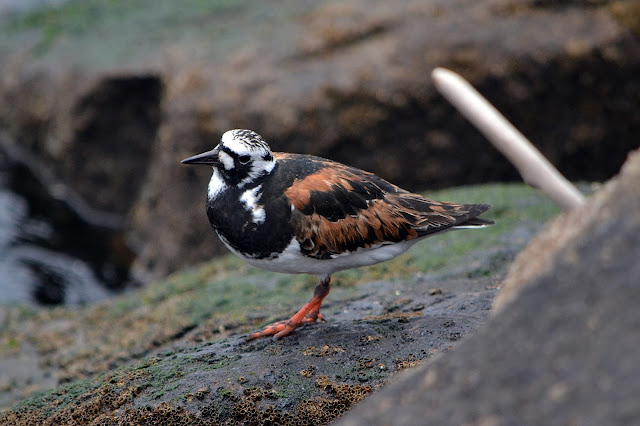 He also has a beautiful summer plumage. 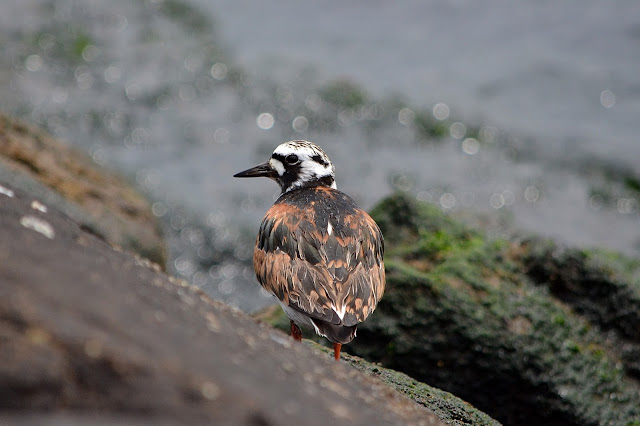 Rather gentle begging-like calls somewhere in the park caught my attention. There was a Thick-billed Crow's nest (Hashibutogarasuハシブトガラス) with 3 chicks in it. 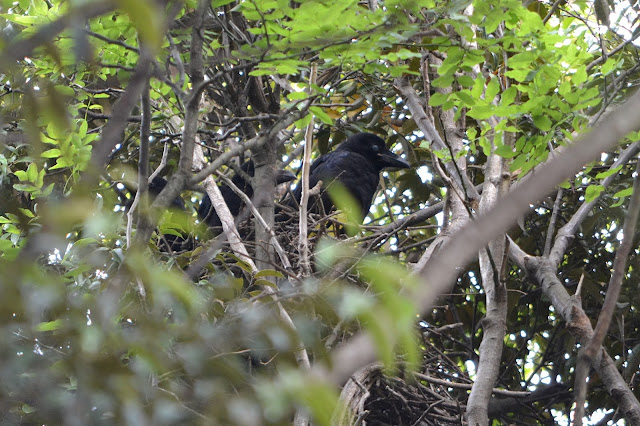 A parent flew into a tree near me, looking a bit alert so I just took one shot and left them in peace. (The Thick-billed Crow are famous for their agressiveness when they have chicks. I was lucky not to get my head kicked!)

A huge flock of Cormorants (Kawauカワウ) were flying out on the sea. 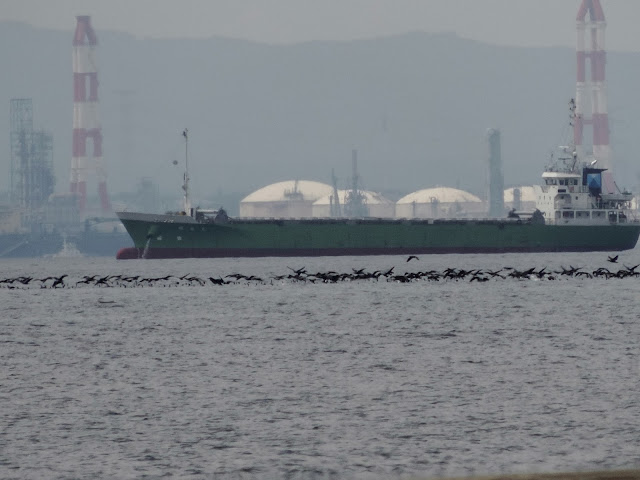 I thought they were shearwaters, but an aqueintance of mine, who is an ornithologist, told me they were cormorants. A bit disappointed, not that I don't like cormorants but that shearwaters are rarer.

I don't think I'll ever get used to the ugly, disgusting views of Tokyo Bay in the background...