On 1 April, we went to the Ecology Park and saw some wintering ducks there but it seems that was a farewell for them till the next winter. A pair of Falcated Ducks (Yoshigamoヨシガモ) and of Teals (Kogamoコガモ) 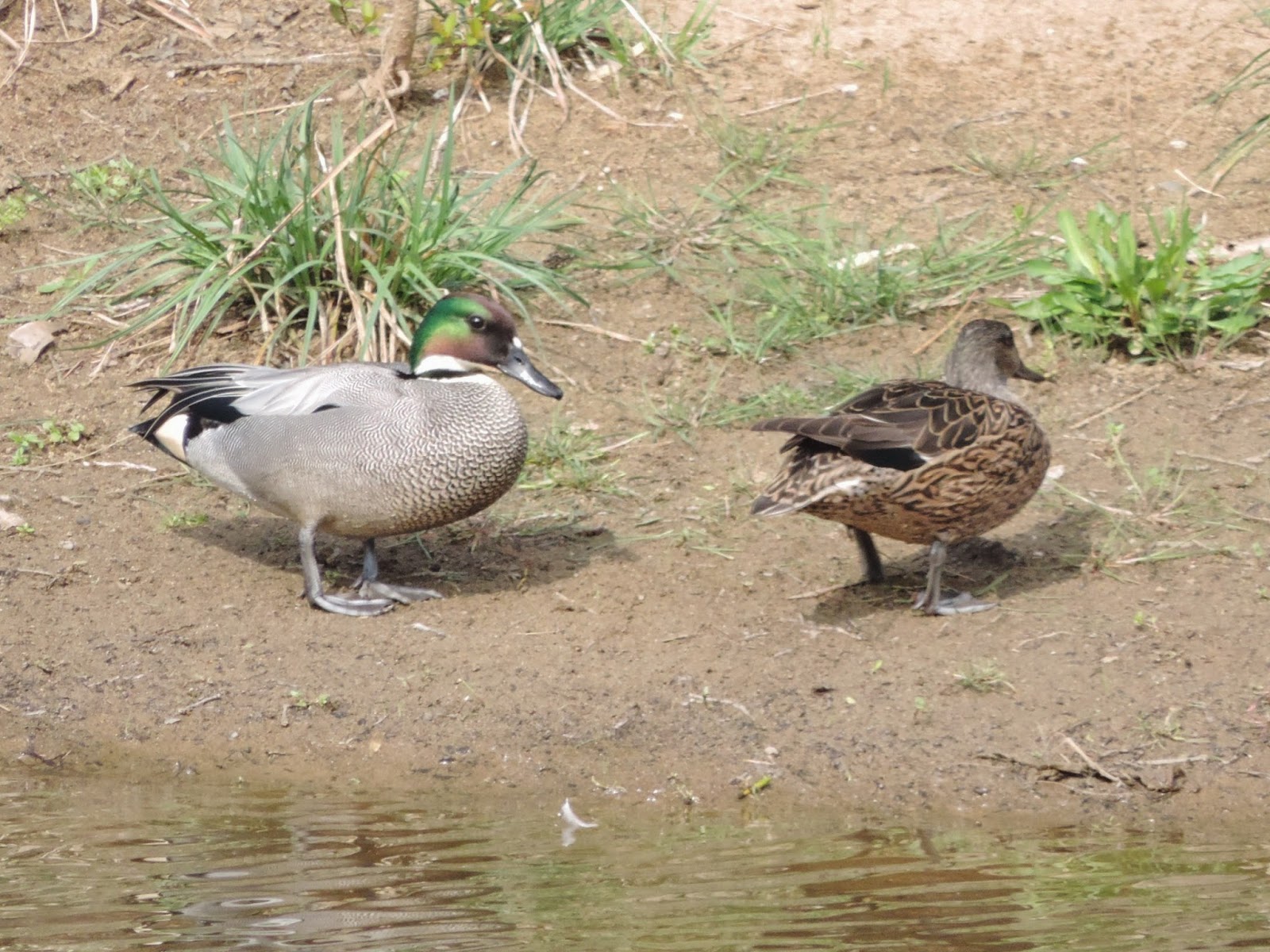 The male posed as if he had noticed my camera! 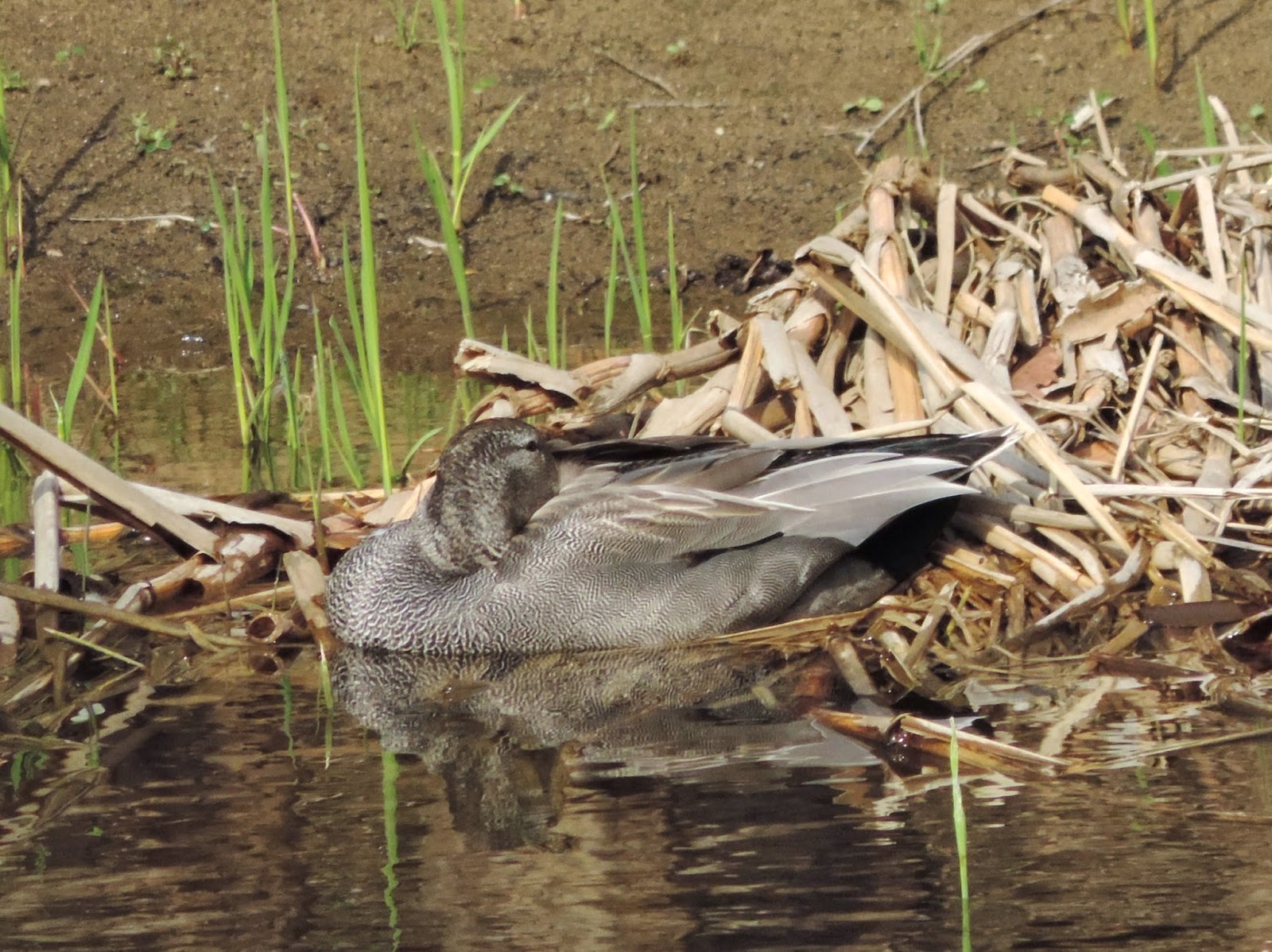 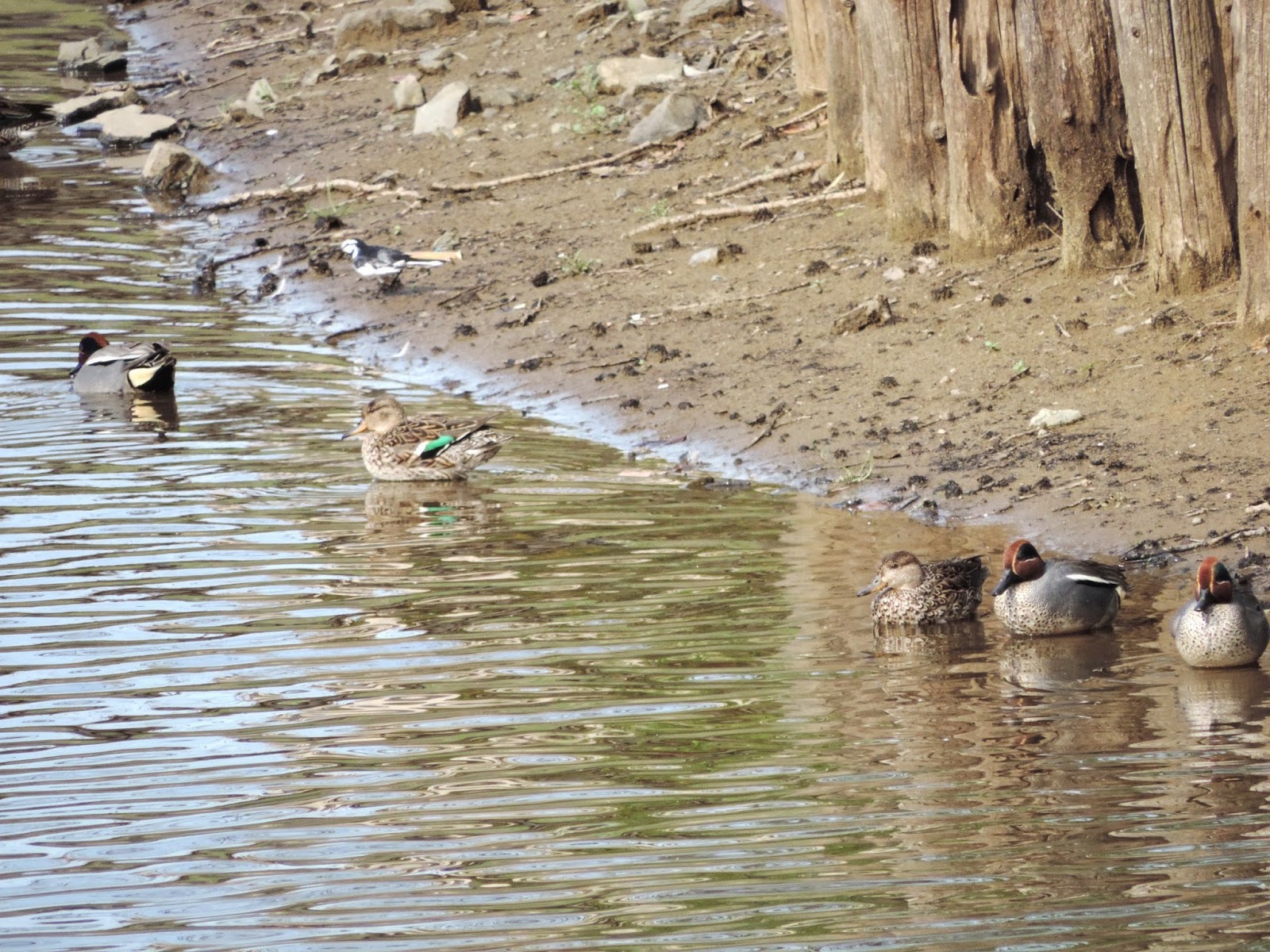 A small flock of Teals (Kogamoコガモ) 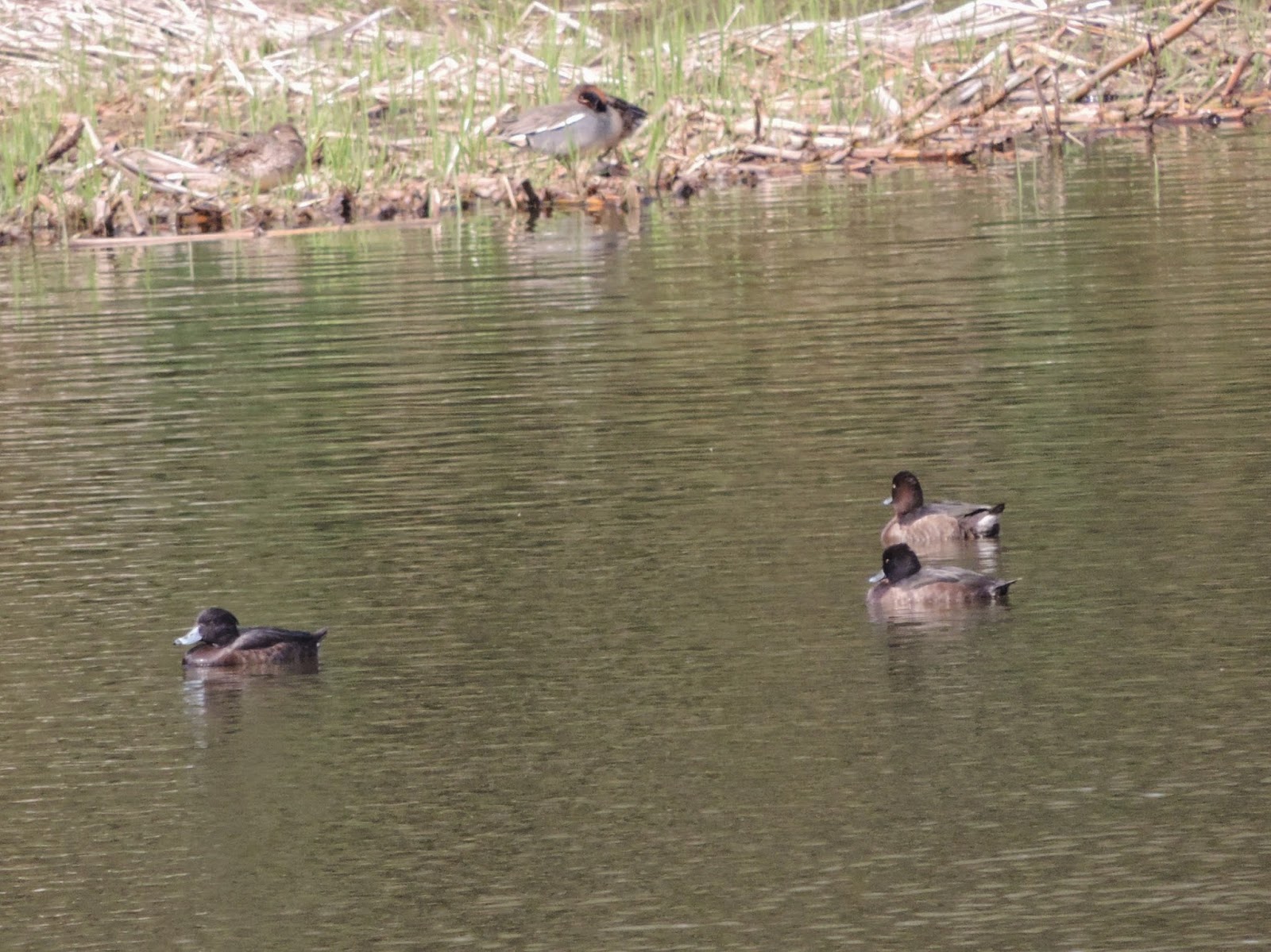 
On the other hand, there were 3 Little Grebes (Kaitsuburiカイツブリ), who had been missing from the pond during the cold winter, and two of them looked like they were going to breed in the pond, calling to each other very often. 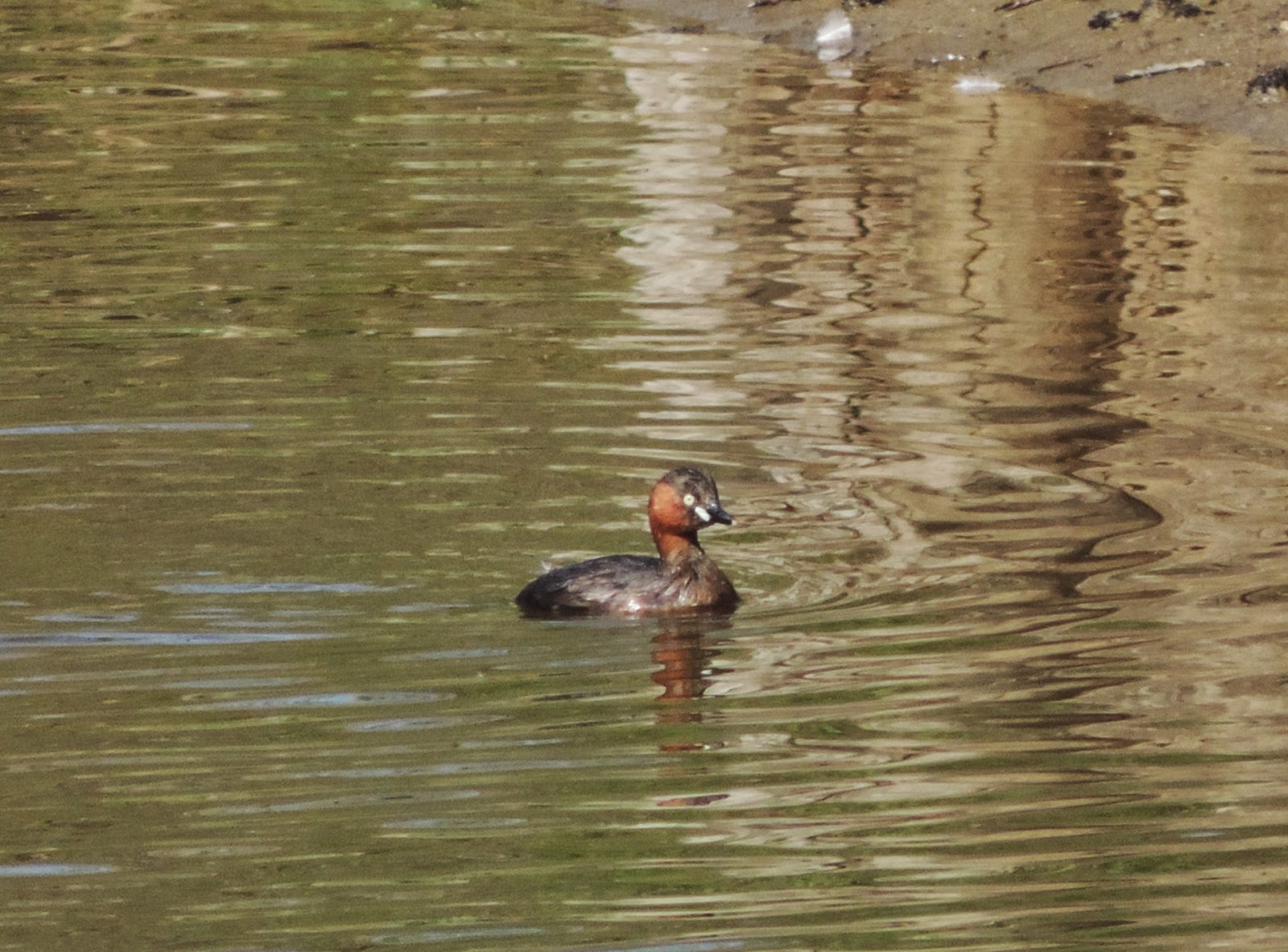 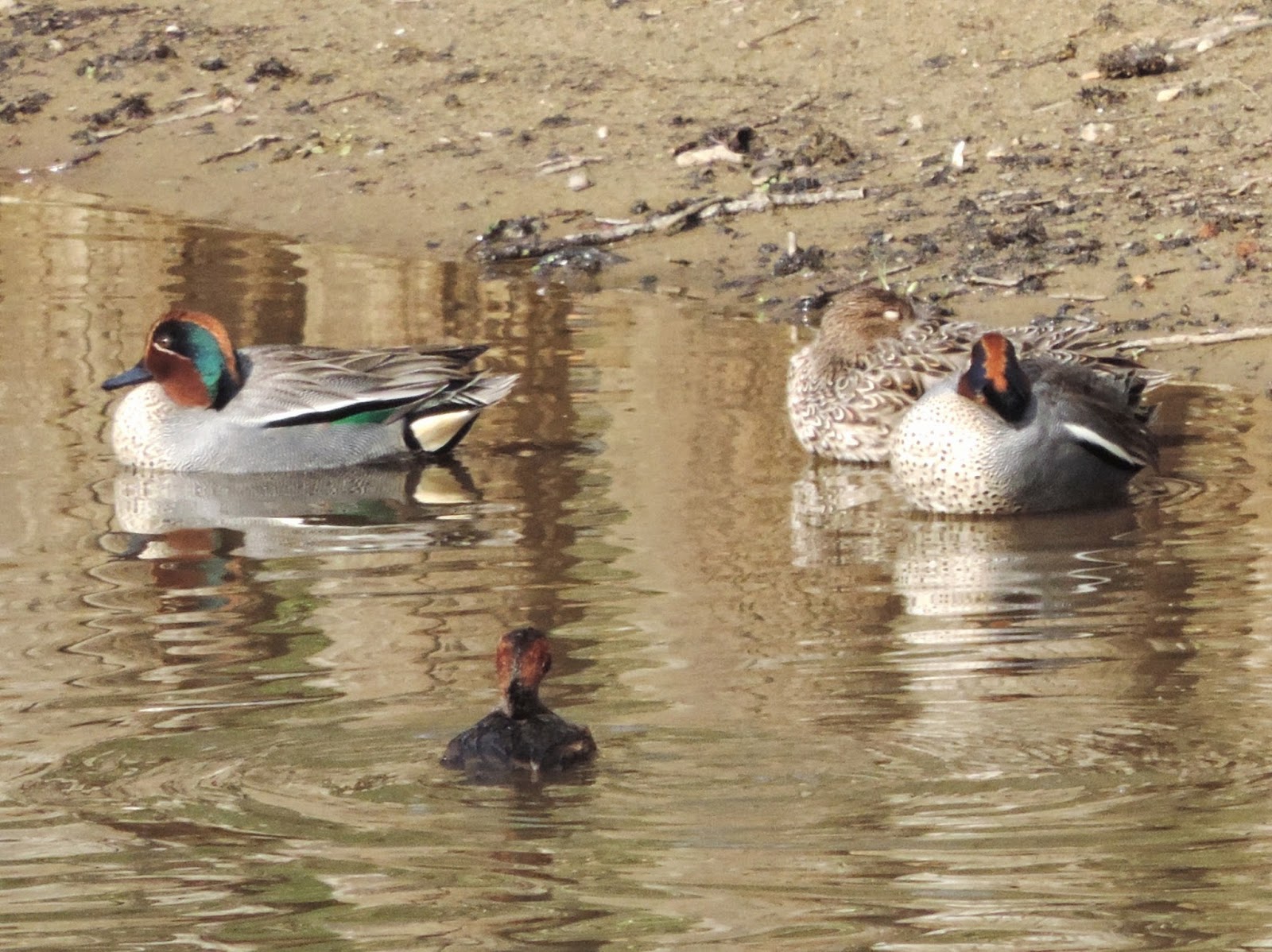 Teals are small but look like giants compared with a little grebe!

The resident birds were around too. (Although they do not stay in the pond all the time) 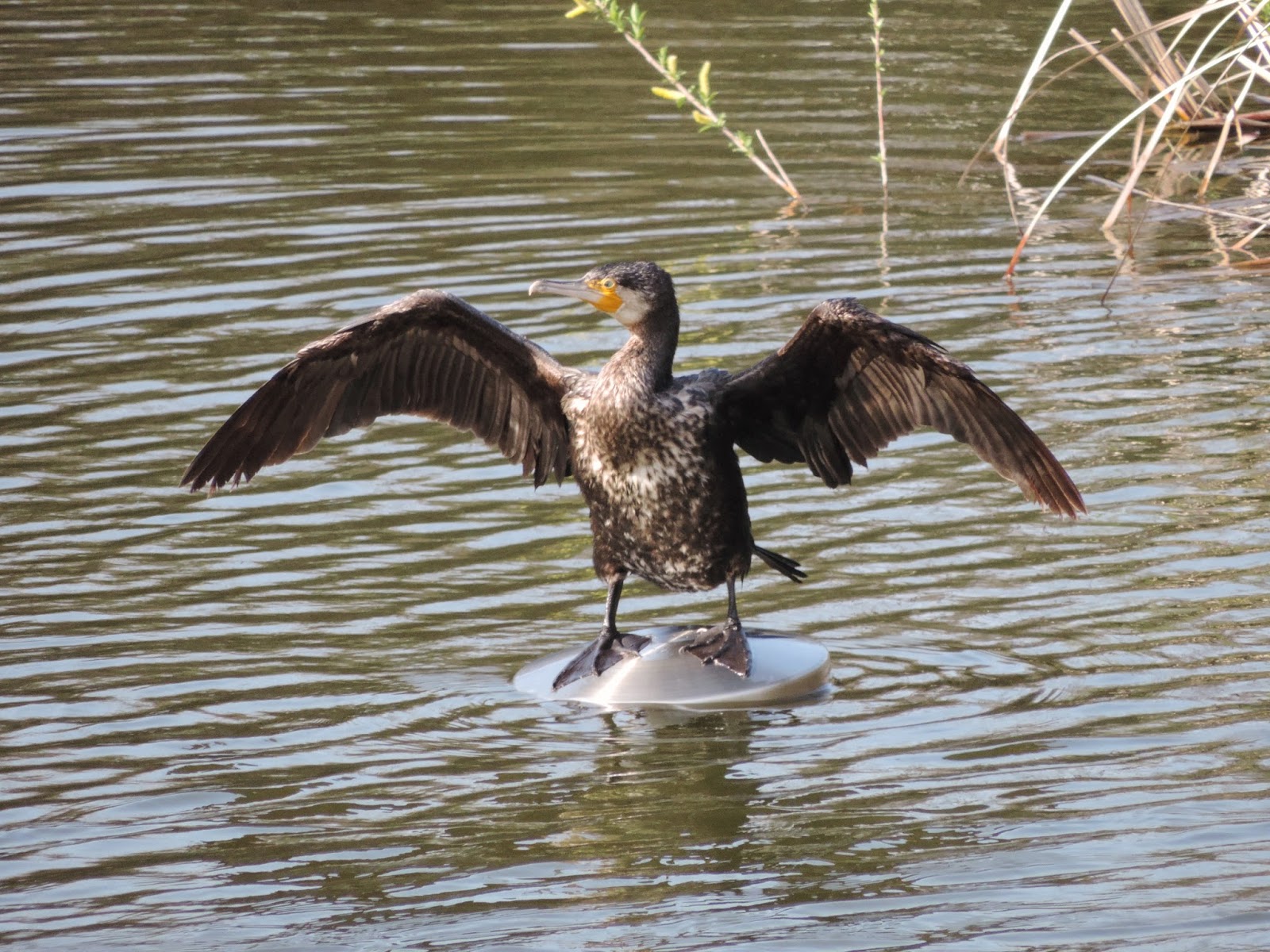 A Cormorant (Kawauカワウ) in a familiar posture 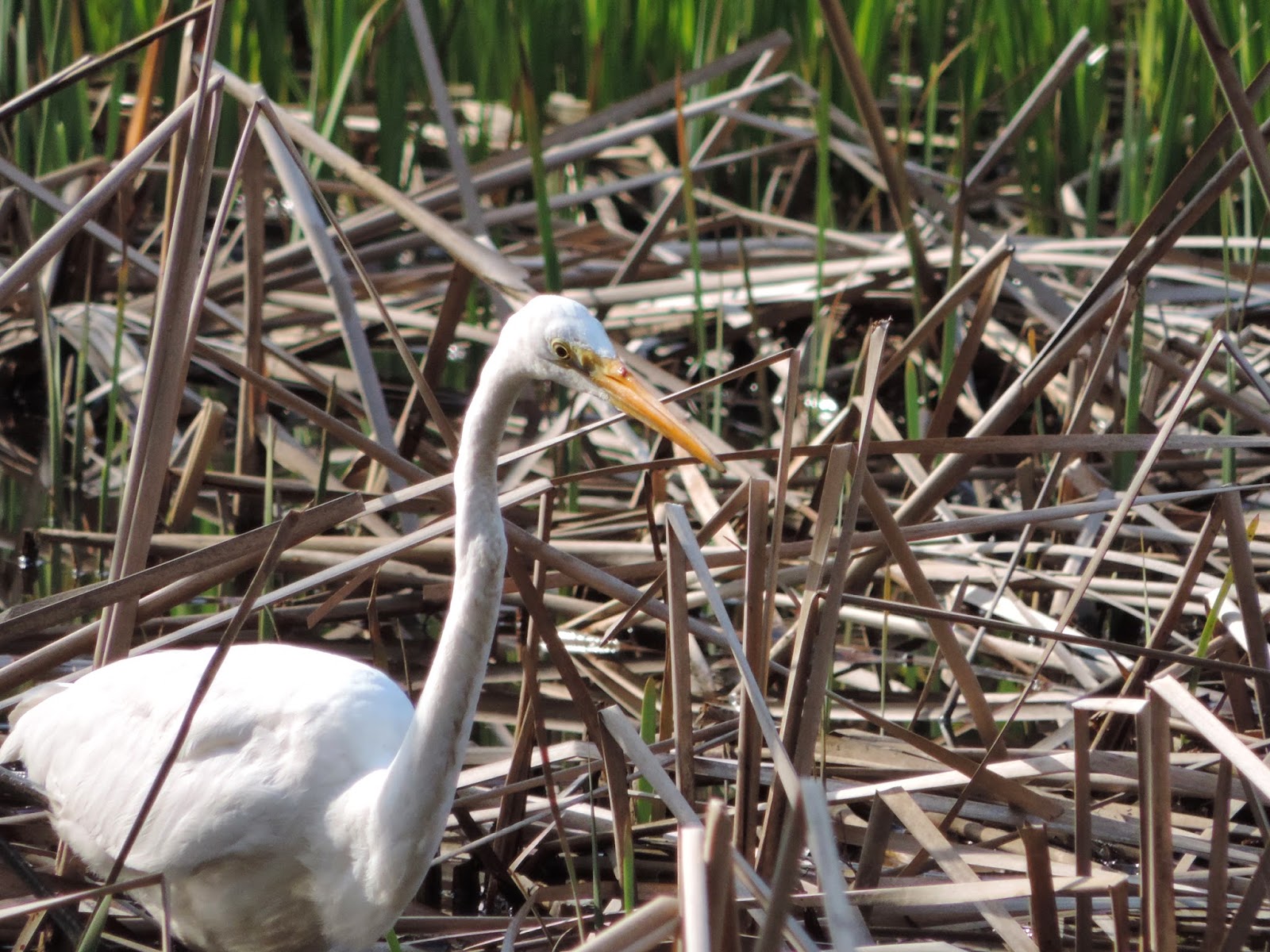 A Great Egret (Daisagiダイサギ) was hunting quietly in the reedbeds.