As the sky was so blue, I decided to cycle to Oyumi-ike to see if the ducks I saw a few months earlier were still there. 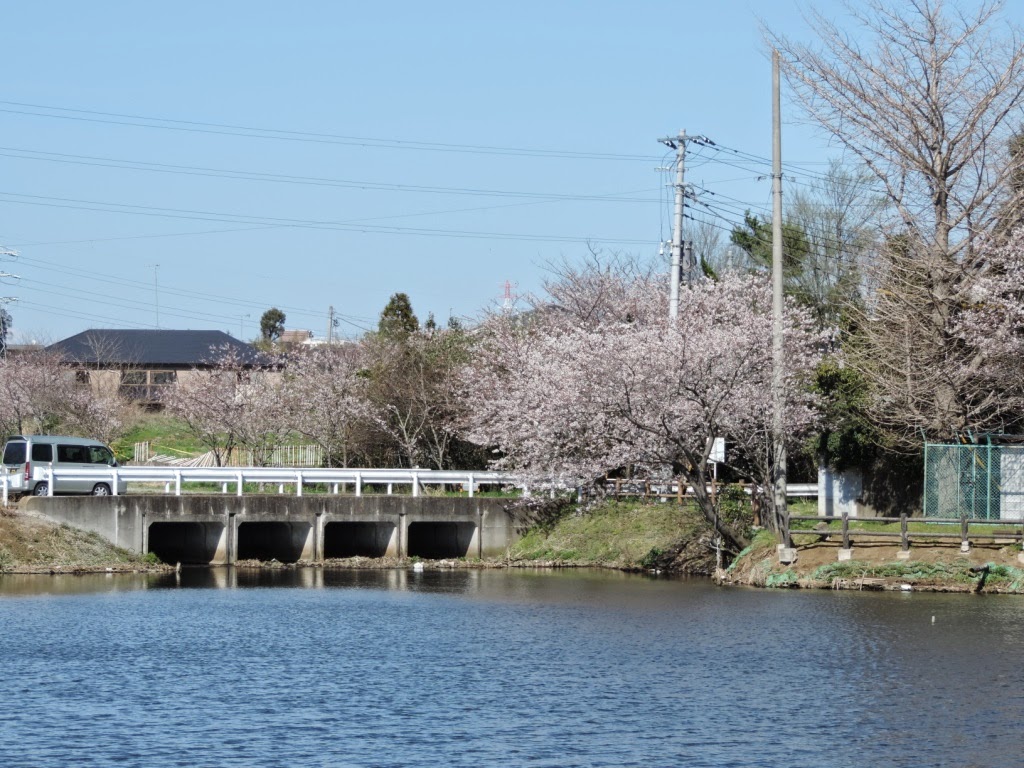 It looks very much spring-like but the air was a bit chilly. 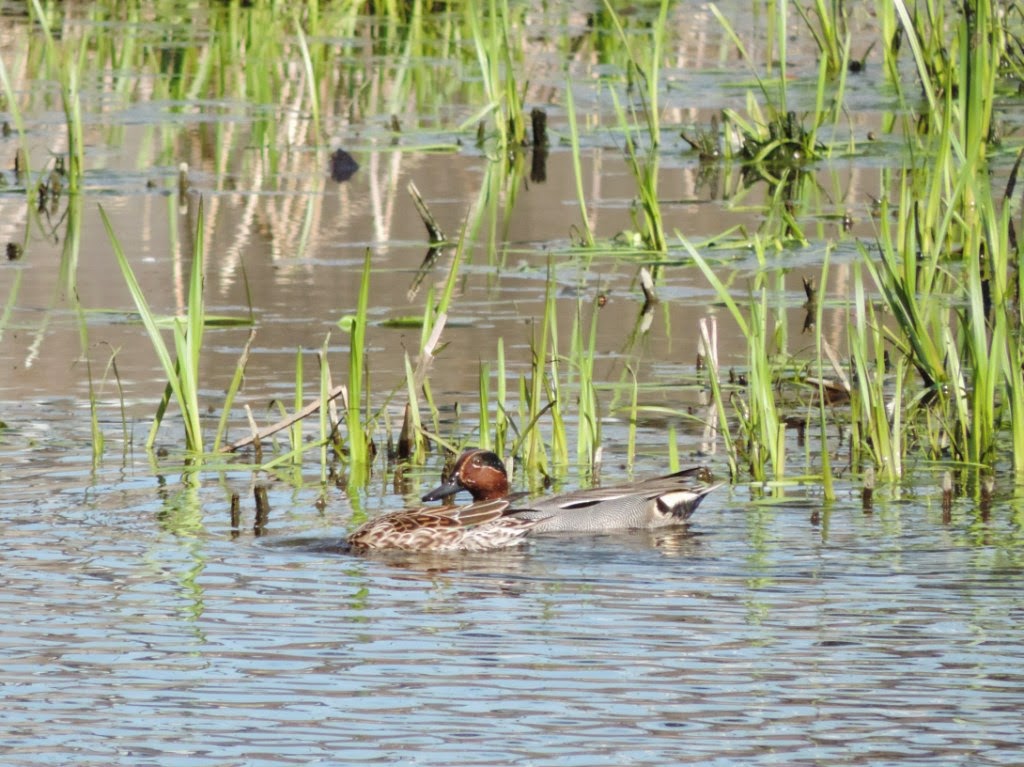 Teals (Kogamoコガモ) were still there, pairing up:) 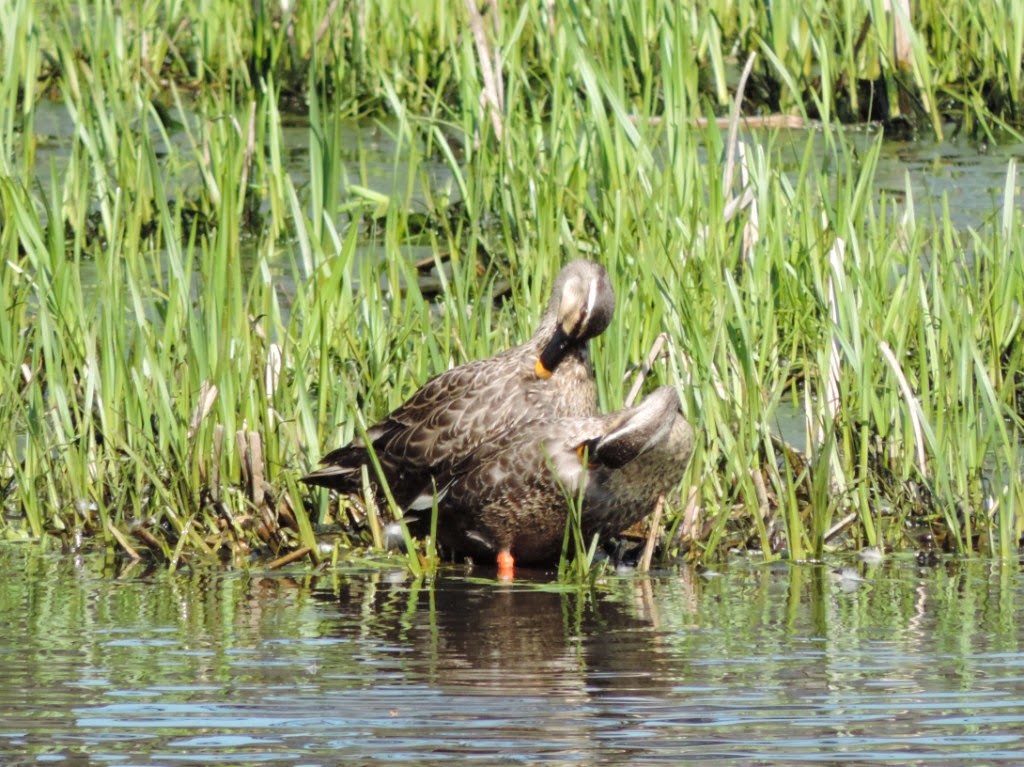 Spot-billed Ducks (Karugamoカルガモ) are resident but I wonder if they are going to breed around this pond. 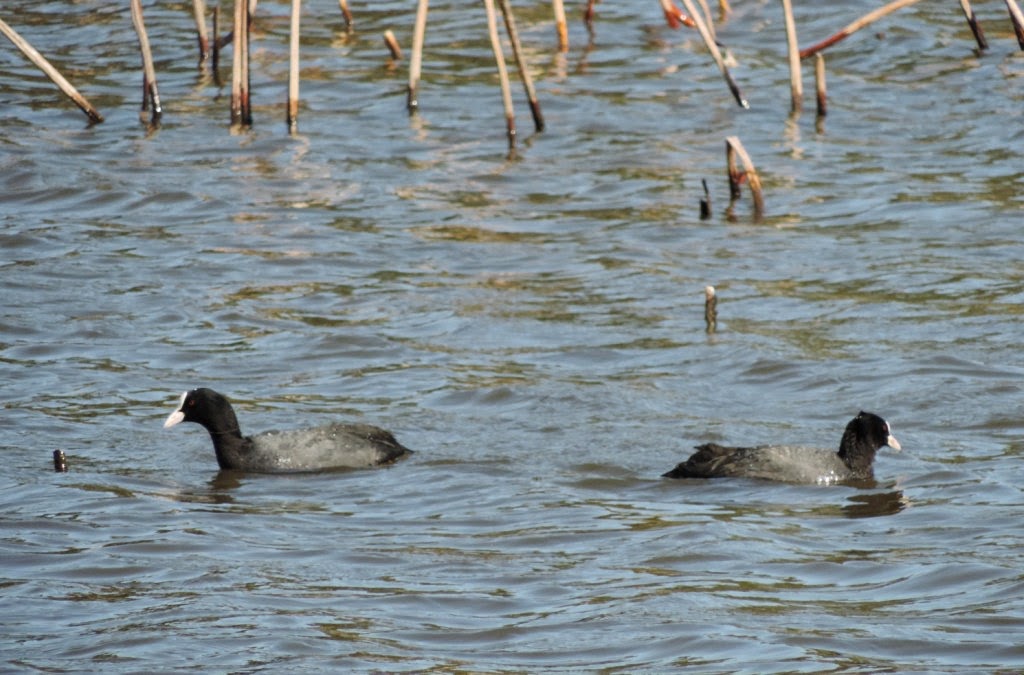 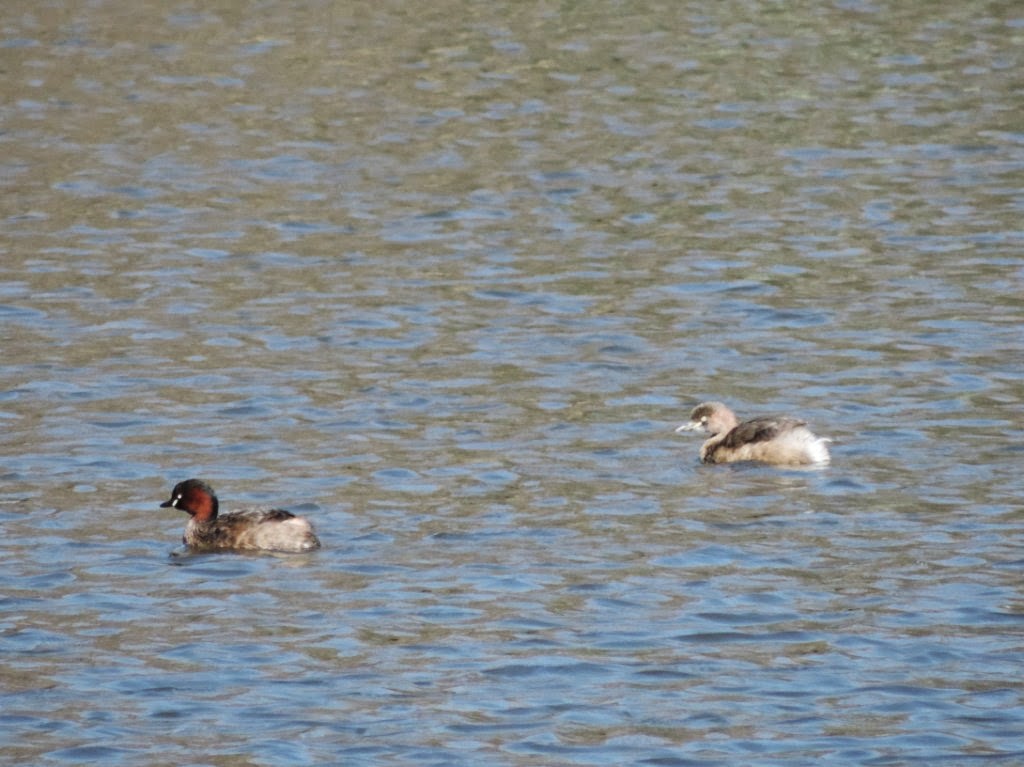 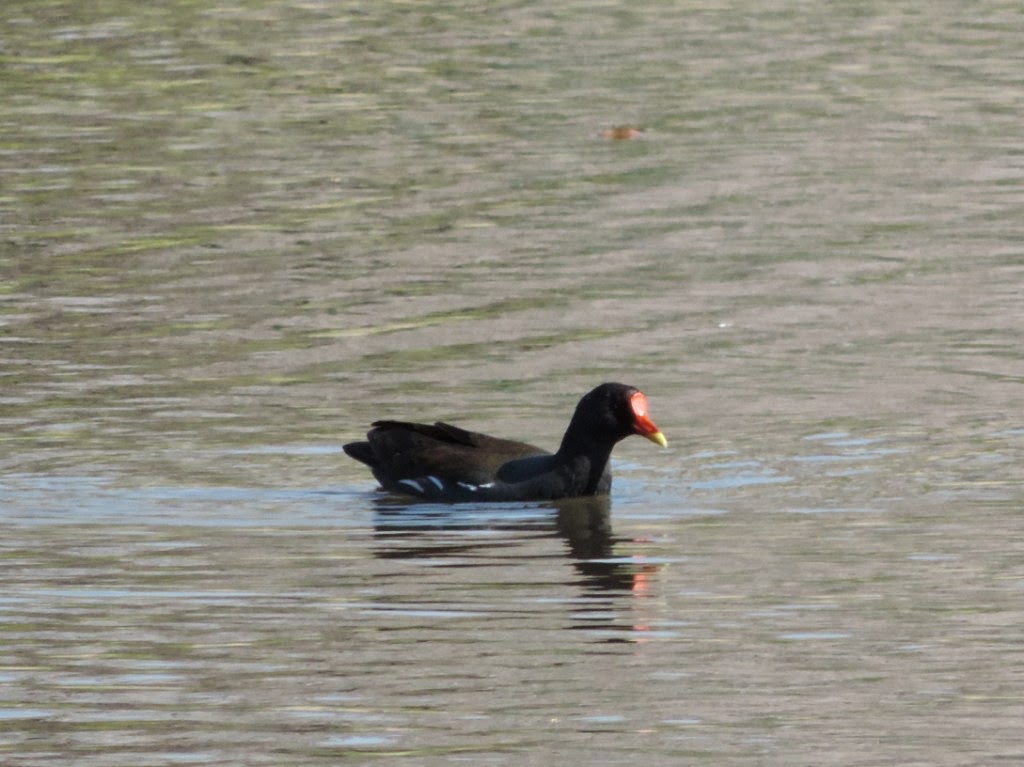 A pair of Coots (Oobanオオバン), Little Grebes (Kaitsuburiカイツブリ) and Moorhens (Banバン) looked busy eating or were they collecting nest materials?

I heard a Kingfisher (Kawasemiカワセミ) calling and 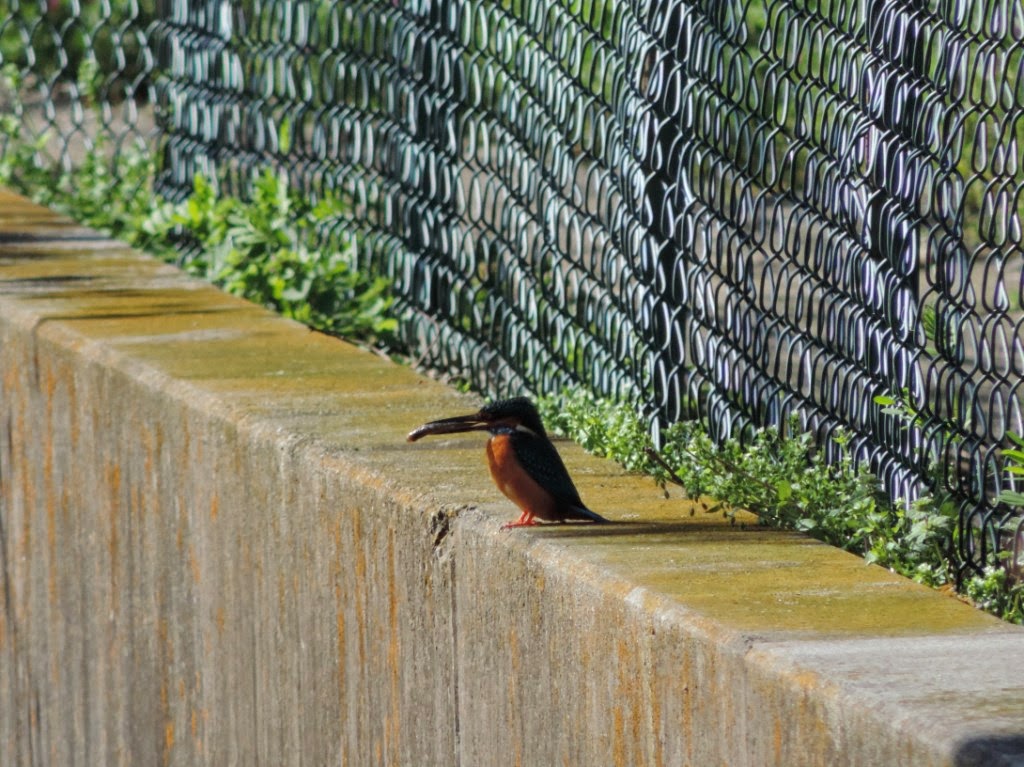 there he was! He kept calling but his missus didn't turn up...

Actually, as I was walking past under one of the cherry trees a few minutes later, I acidentally flushed her...  and she flew into the wood. Where would she have gone? 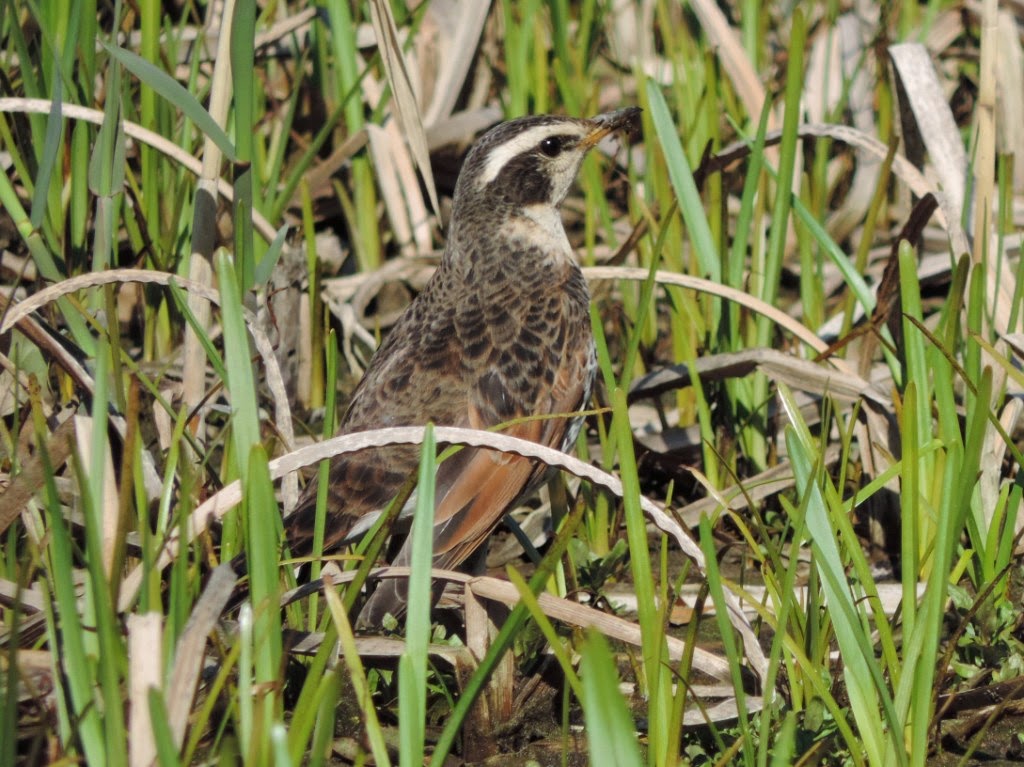 Quite a few Dusky Thrushes (Tsugumiツグミ) were foraging here and there, fuelling up for the long trip back to their breeding ground:)

On a weir, a turtle, a White Wagtail (Hakusekireiハクセキレイ) and a Common Sandpiper (Isoshigiイソシギ) were sunbathing. 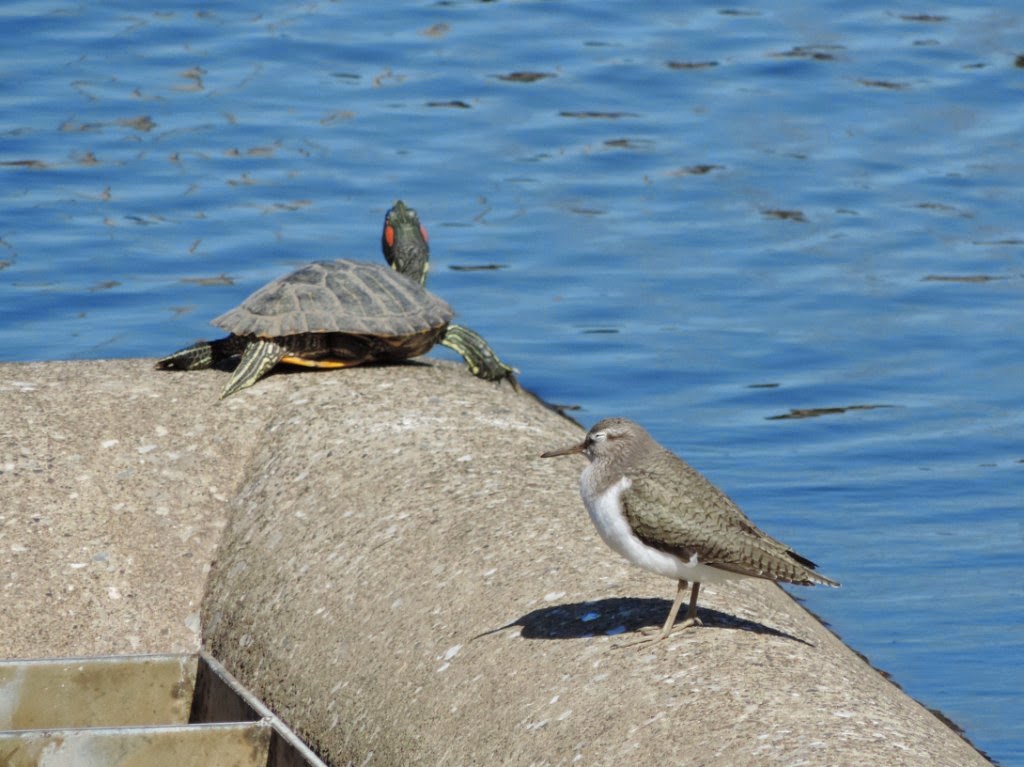 The Sandpiper looked rather sleepy but after a while I saw him moving up and down the weir:) 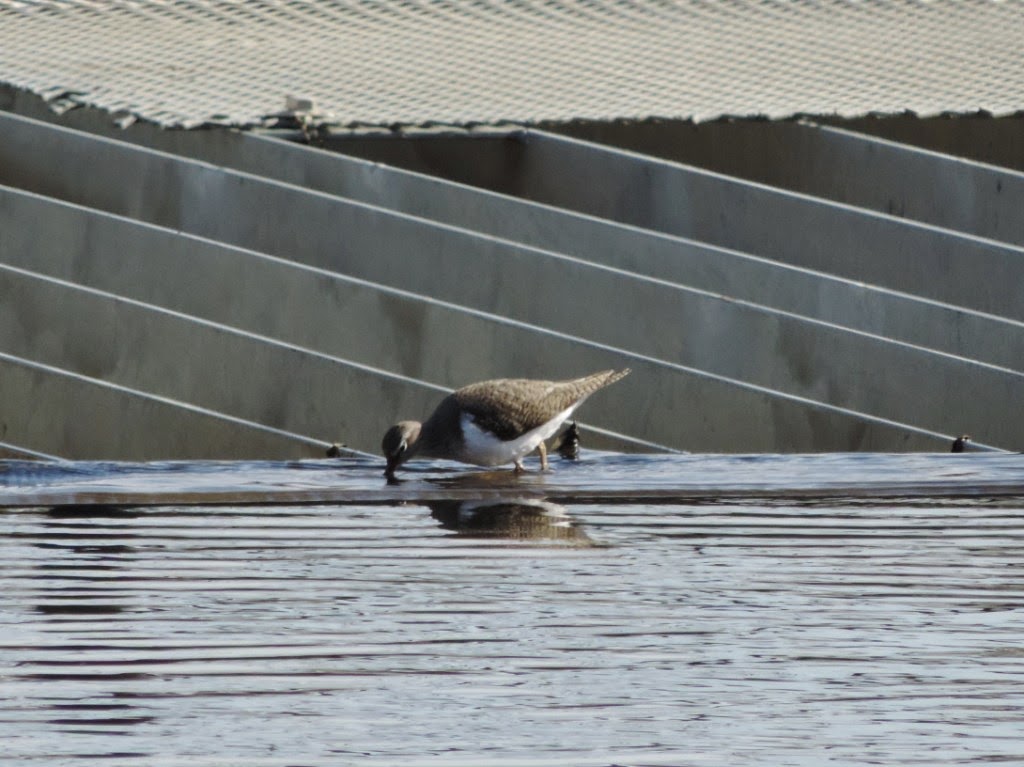 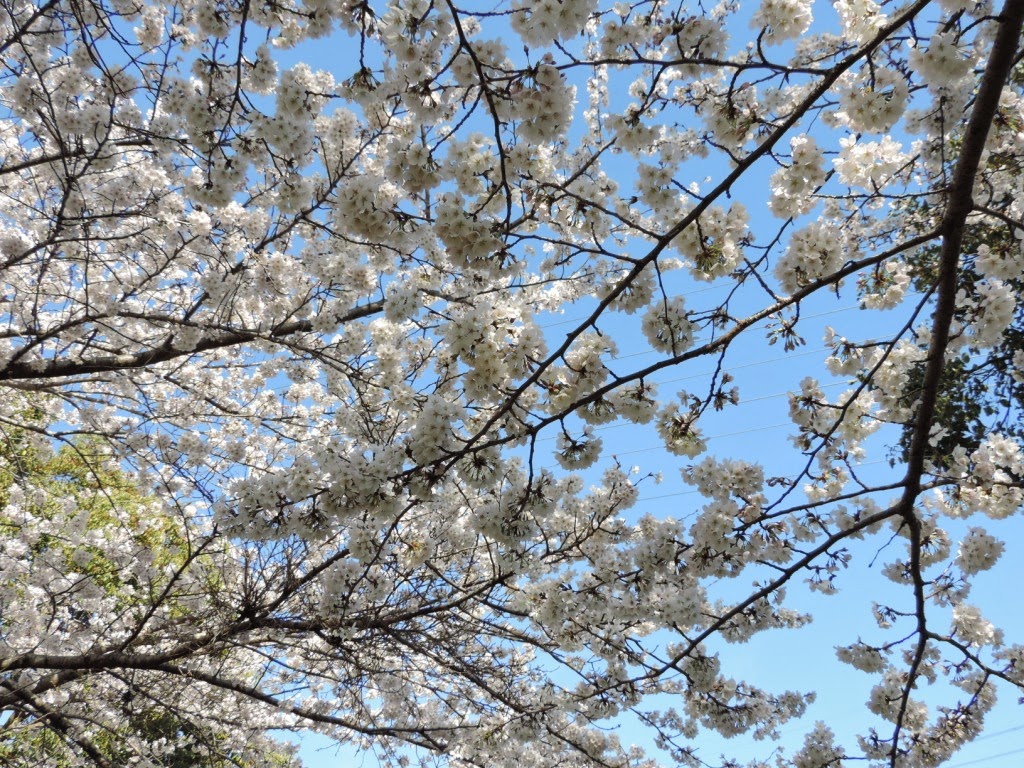 Email ThisBlogThis!Share to TwitterShare to FacebookShare to Pinterest
Location: Oyumi-ike