A reservoir near the Chishirodai station 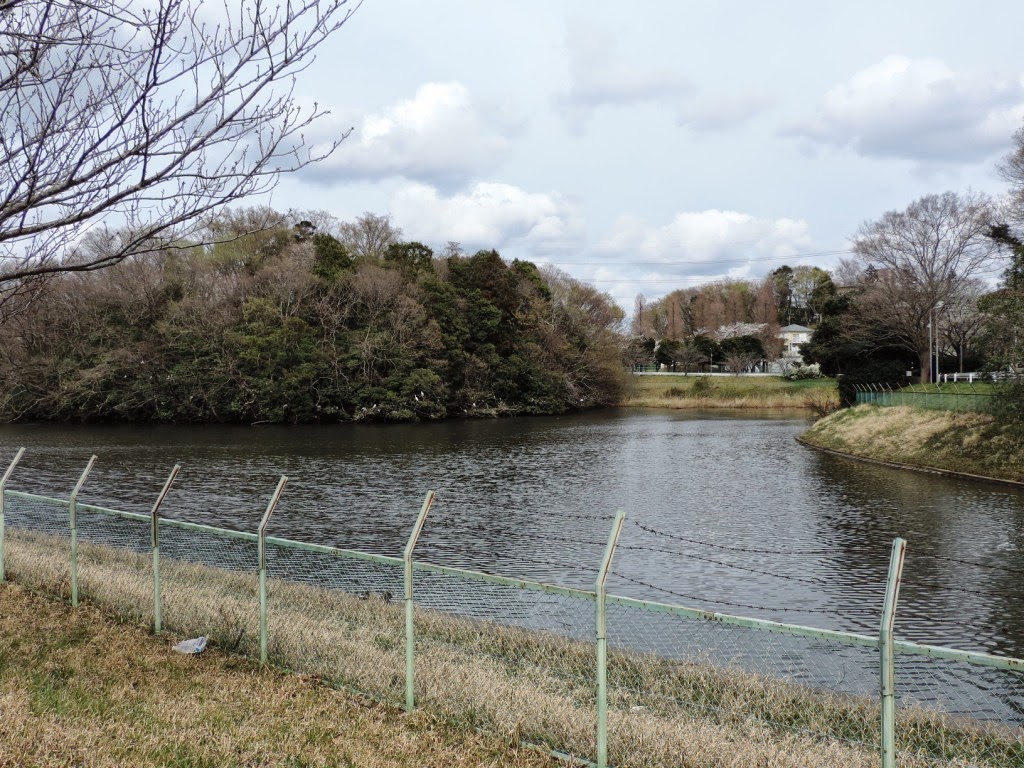 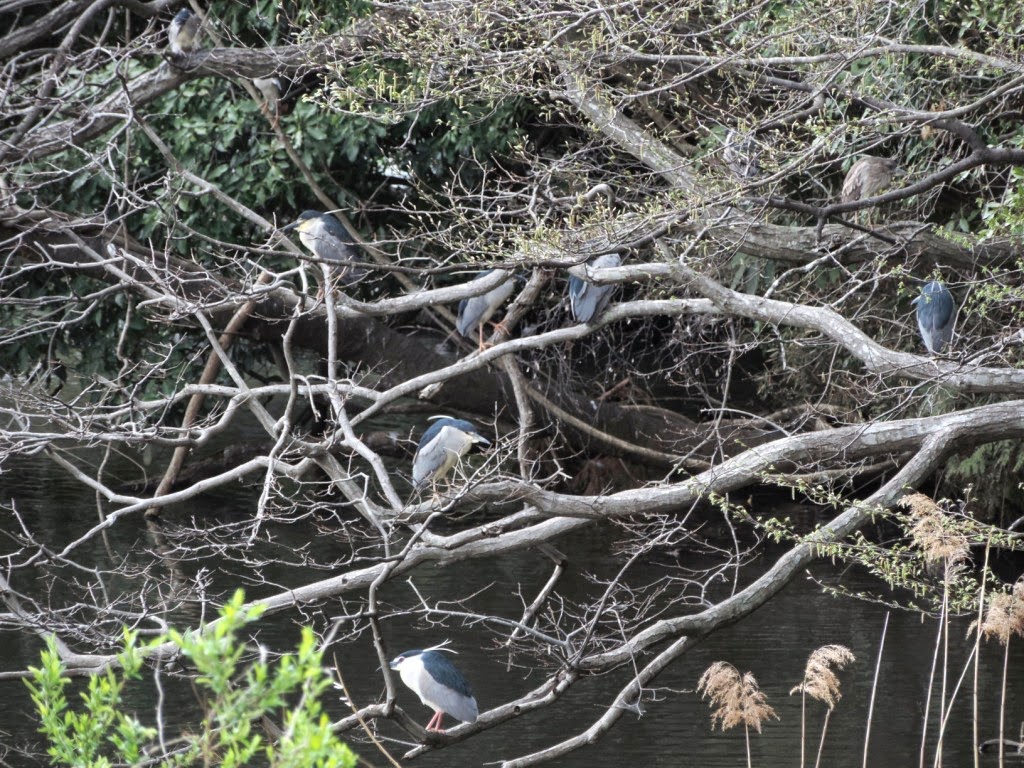 a haven for herons & egrets. 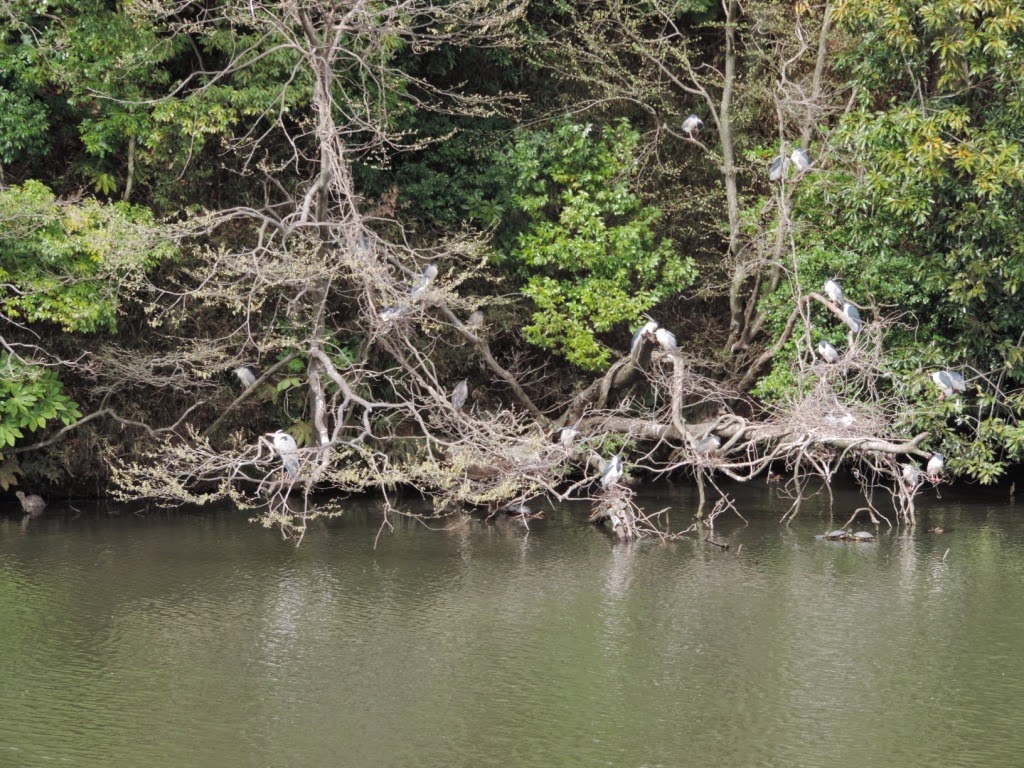 Many, many Black-crowned Night Herons (Goisagiゴイサギ), a several pairs of Great Egrets (Daisagiダイサギ) and a couple of Grey Herons (Aosagiアオサギ) are getting ready for breeding. 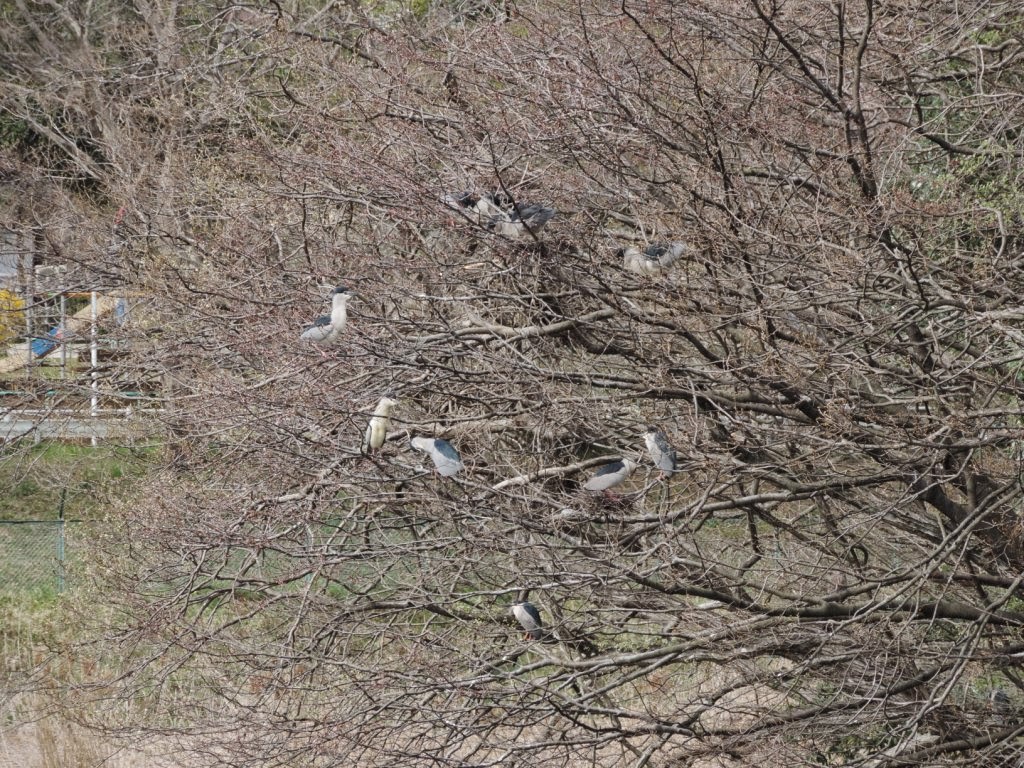 Wherever you looked, the trees hanging over the water were occupied by herons and egrets, busy flying in and out from the trees, collecting twigs for their nests. 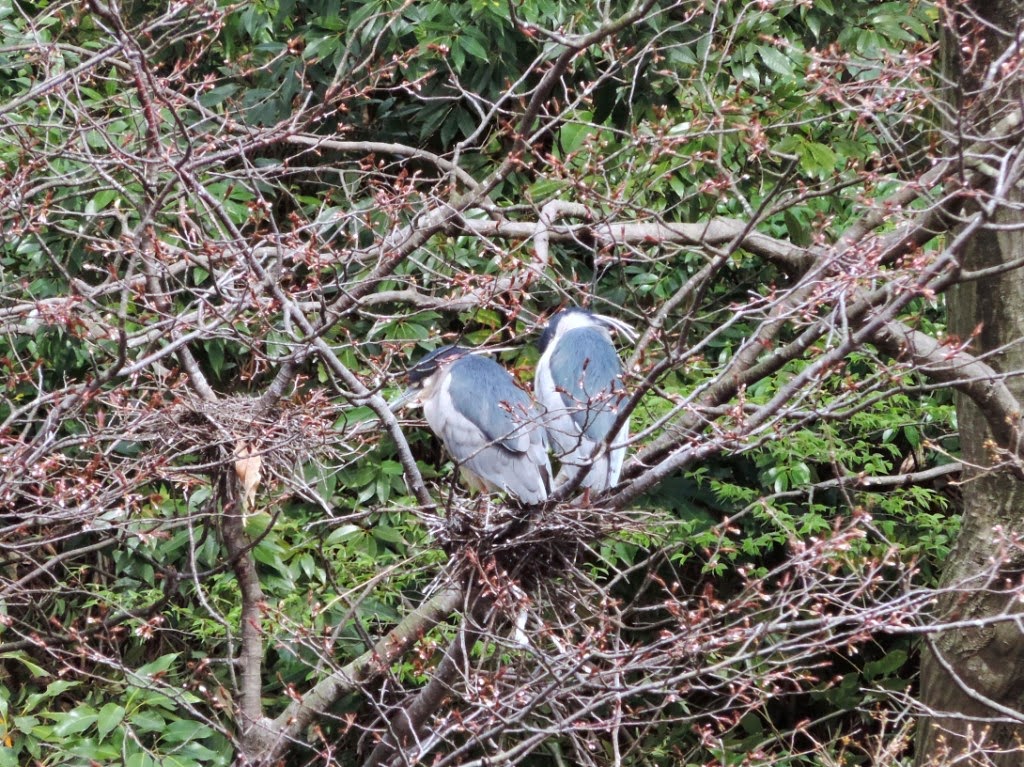 A pair of Night Herons. 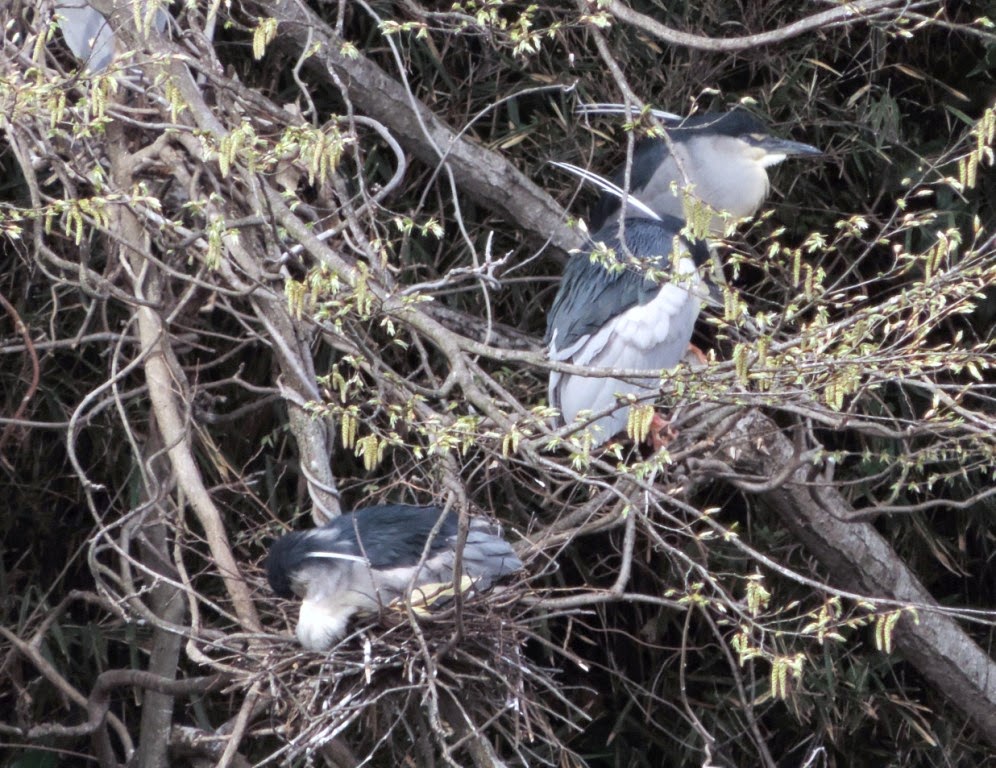 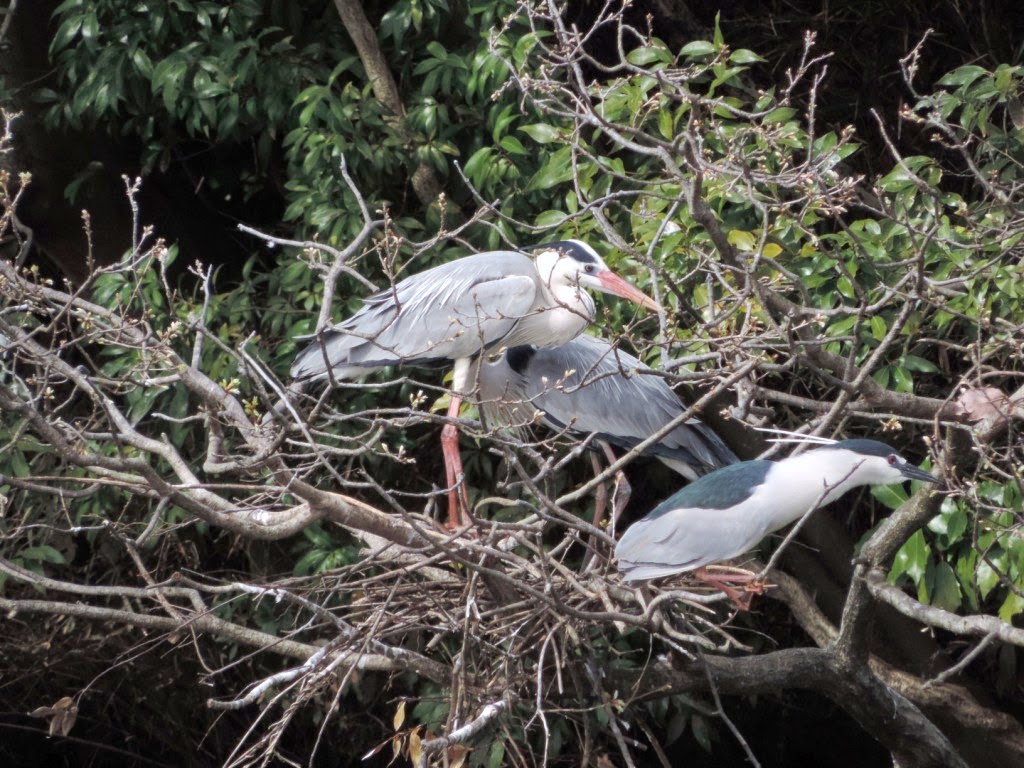 A pair of Grey Herons (Aosagiアオサギ) greeted each other when one of them landed on the nest. Their bills and legs become pink only during the breeding season. 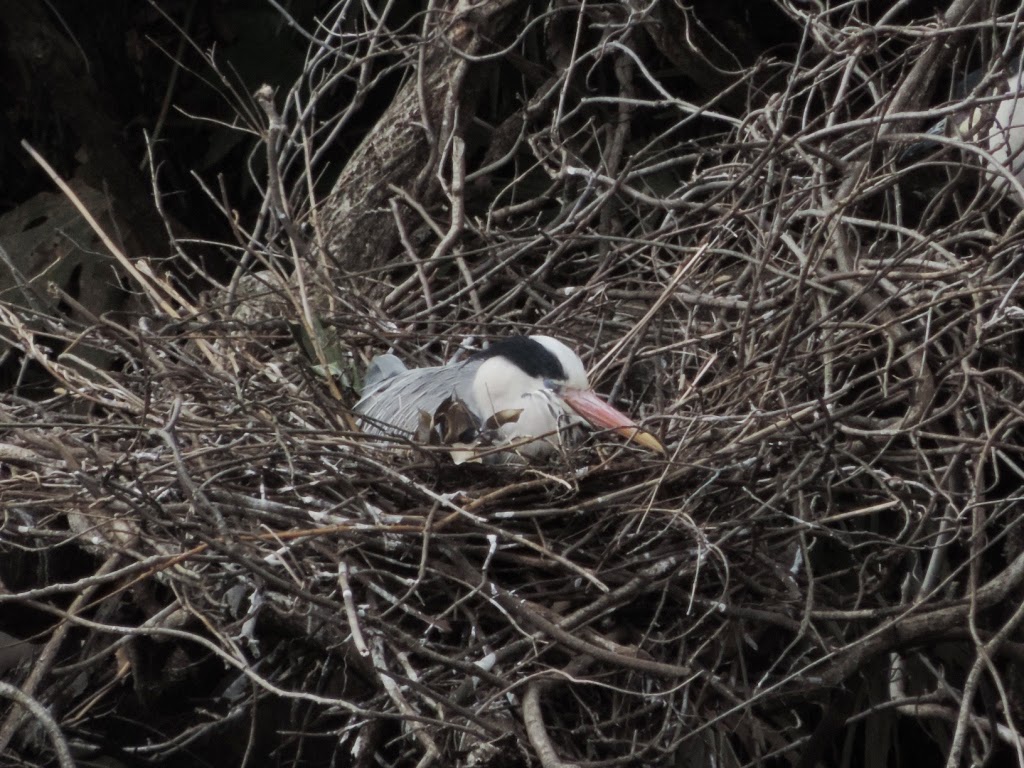 One of the other pairs was sitting tight on the nest, dozing off... 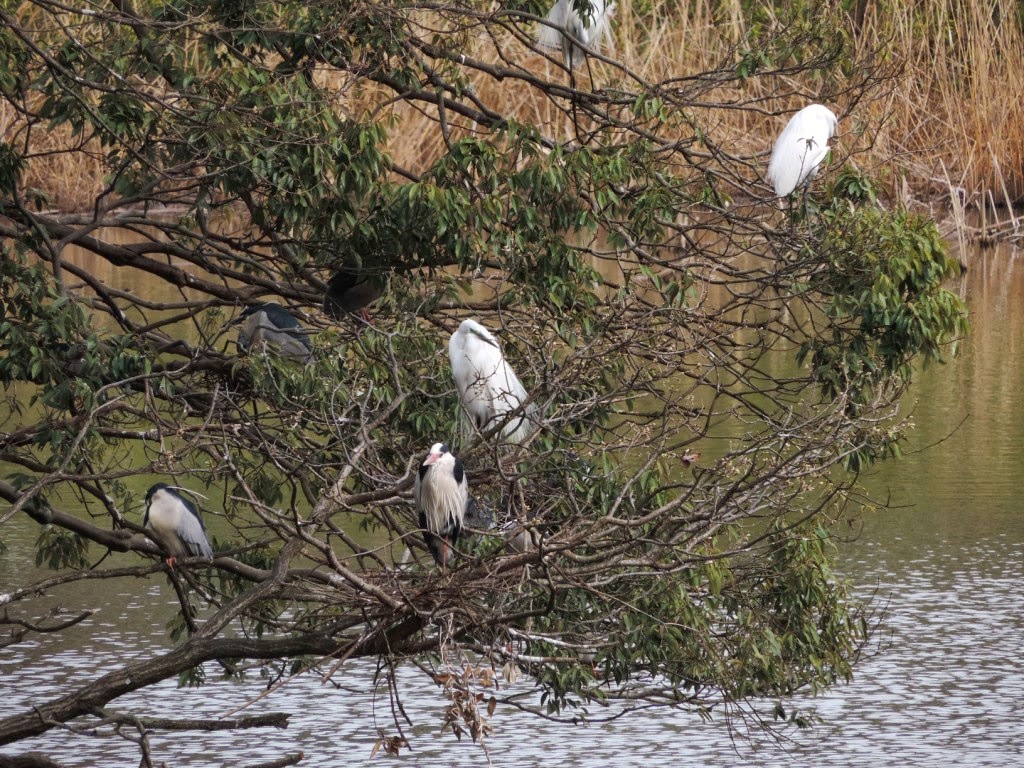 Great Egrets were building their nests, some of which were still just a tiny pile of a few twigs on the fork of a tree branch. 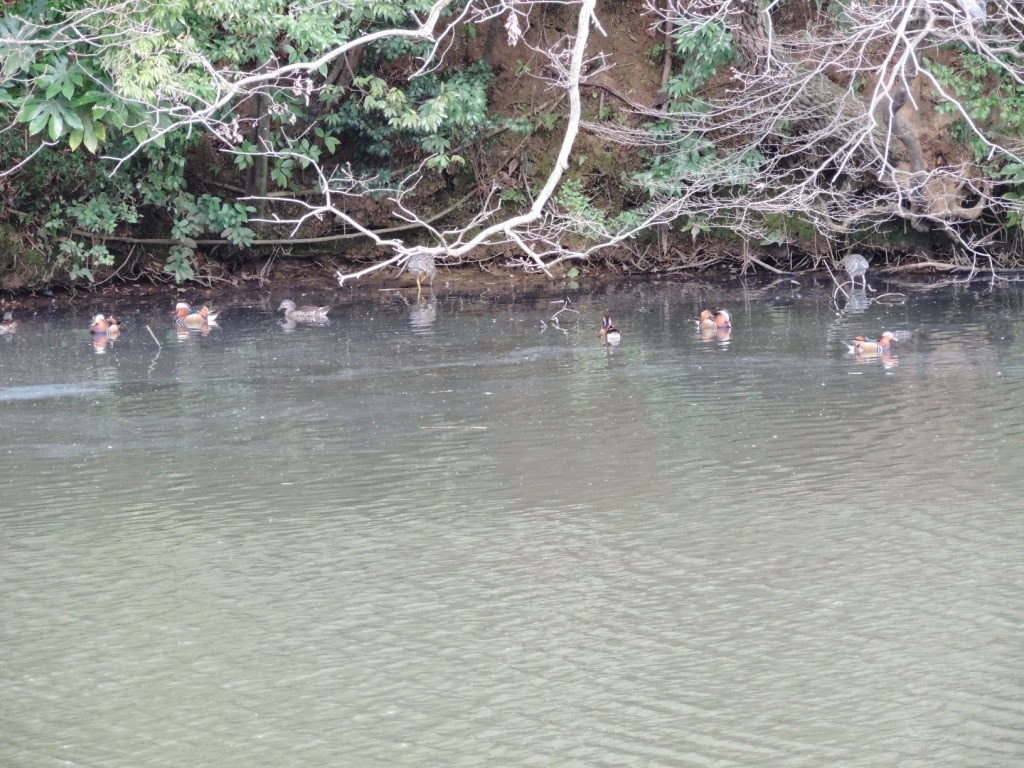 There were quite a few Mandarin Ducks (Oshidoriオシドリ) under the herons' nests but I'm not sure if they are going to breed there. 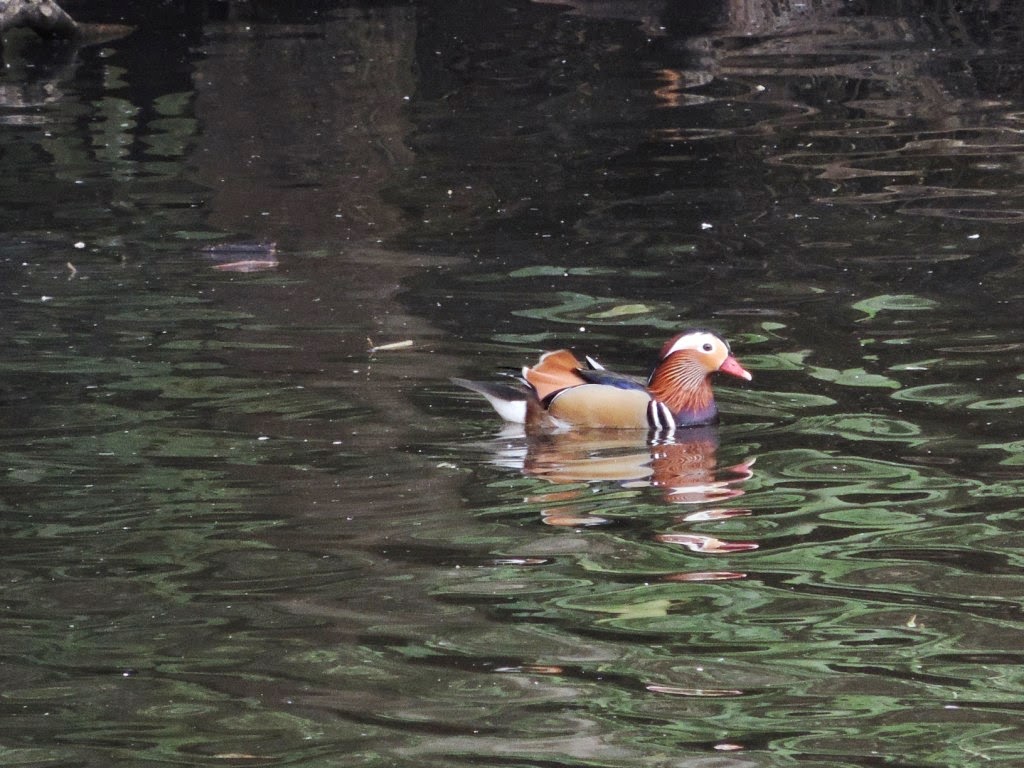 He was the only one who came out into the open. 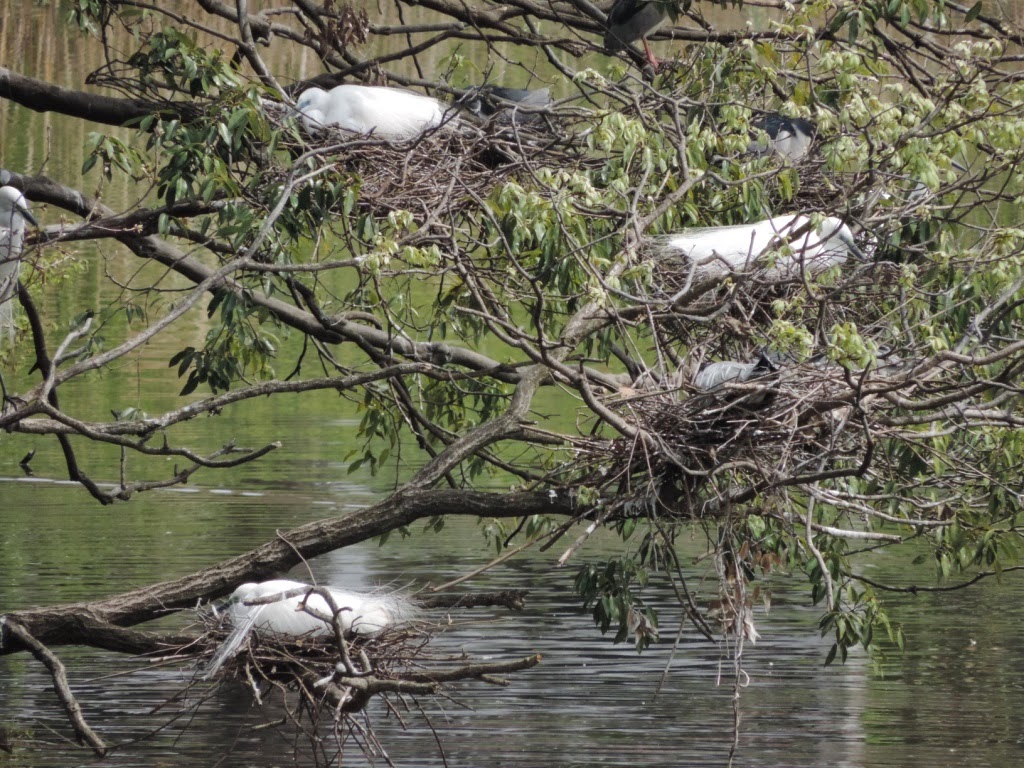 Most of the Great Egrets had completed nest building and were sitting on them. 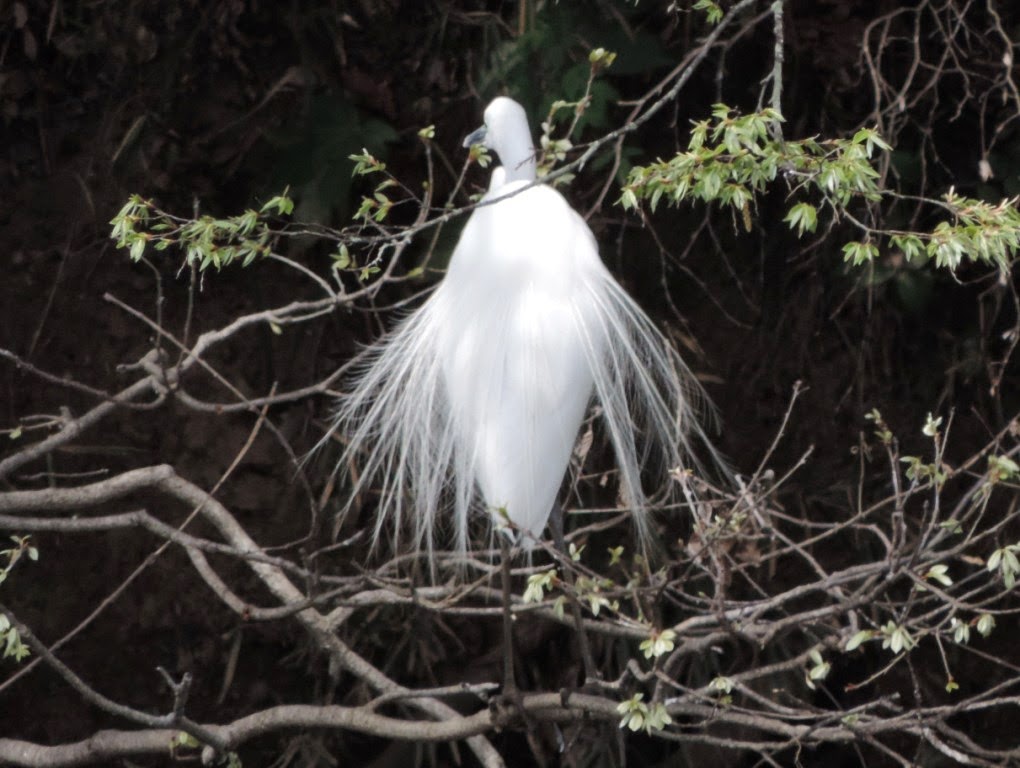 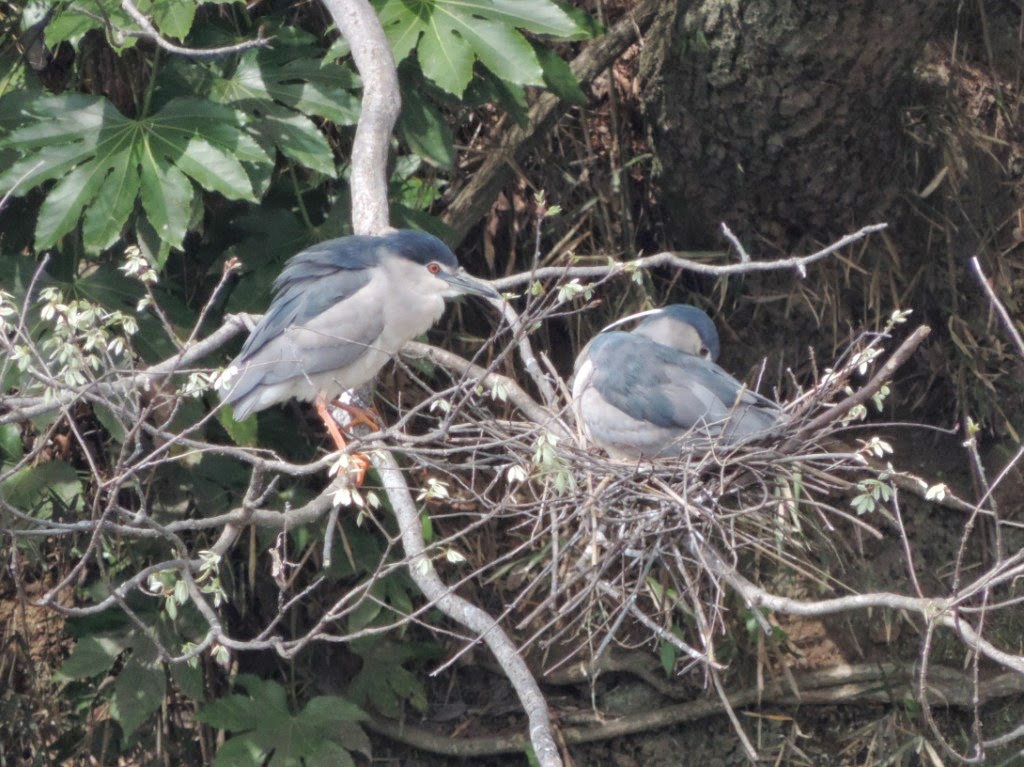 They just changed their duty:)

The number of the nests were: Grey Heron's 2, Great Egret's 9, Night Heron's 34!
Can't wait to see their dinosaur-like chicks!
We will go back in a few weeks time to see how they are doing:) 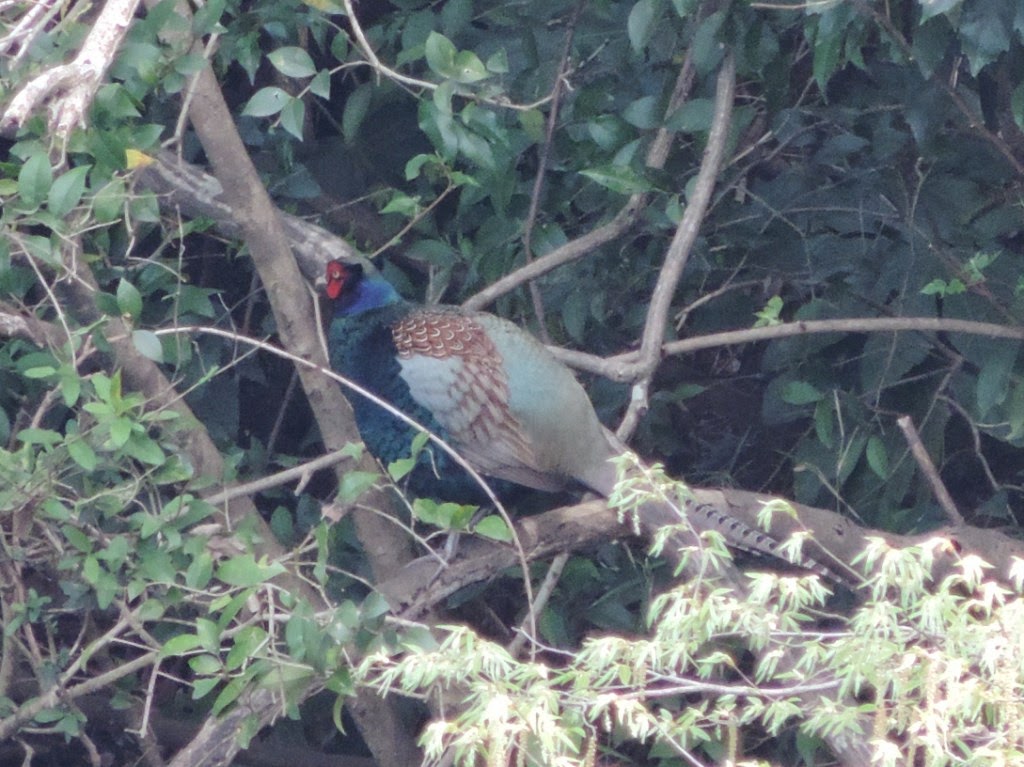 A male Japanese Pheasant (Kijiキジ) turned up out of nowhere by the water in the shade. He stayed there for a while but seemed to do nothing in particular. We heard another male calling somewhere in the bushes.
at 21:14

Email ThisBlogThis!Share to TwitterShare to FacebookShare to Pinterest
Location: Reservoir in Chishirodai