I went to Gyotoku for a talk on Tracking Vega Gulls, which the people in Gytoku have been working on for the last 10 years or so. It was very interesting because gulls are not studied much in Japan and it had been a mystery where the gulls go to breed or which route they take to reach there. The research has shown a big part of the two GPS-tagged gulls' migration routes and it was amazing! The gulls we see in the Kanto area in winter fly to the far-eastern Siberia in the arctic circle for breeding. I hope there will be more to be revealed when the gulls come back next winter. 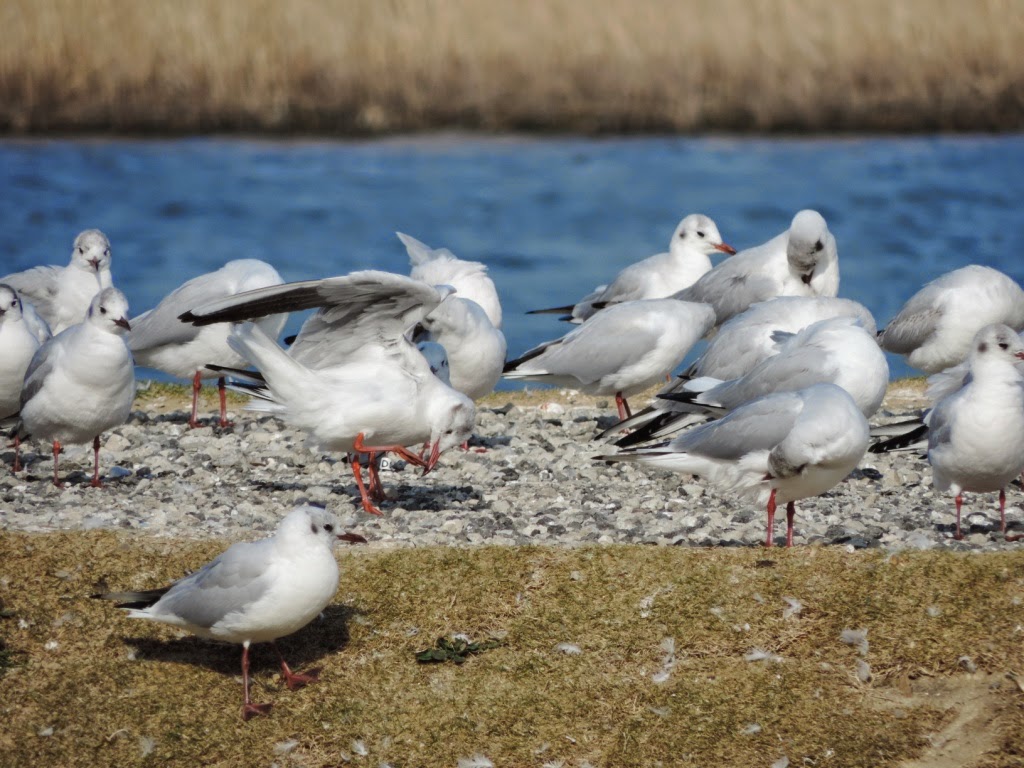 You can understand why Gyotoku is a great place for studying gulls! 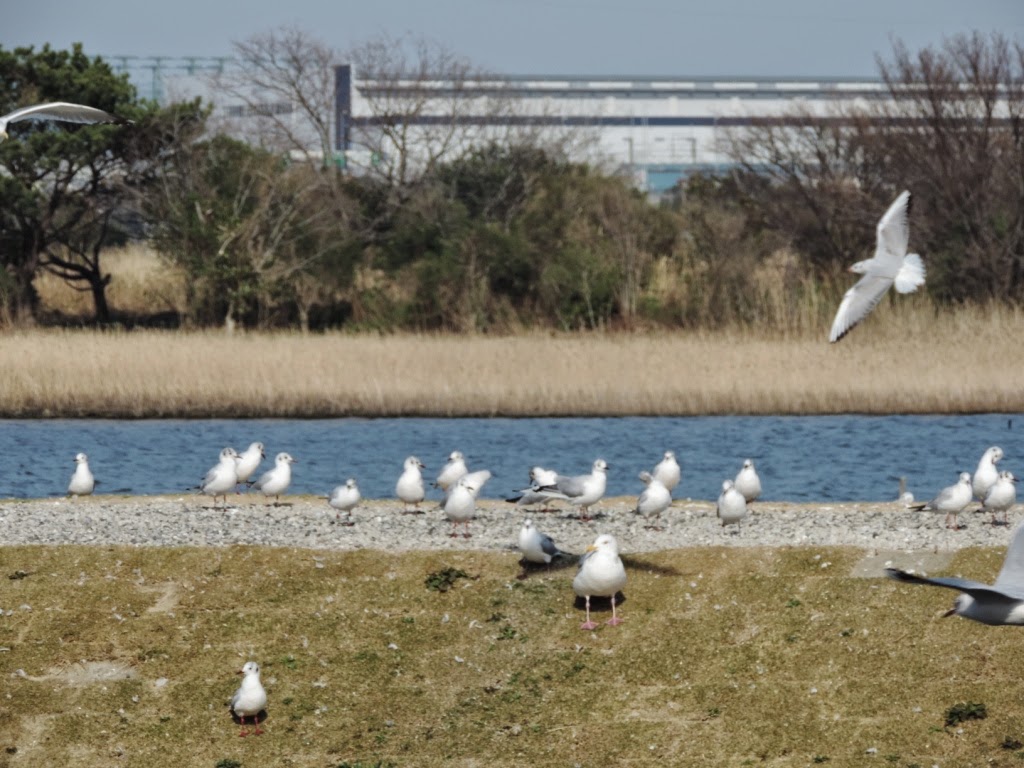 During the winter, the people in Gyotoku feed the birds twice a day. 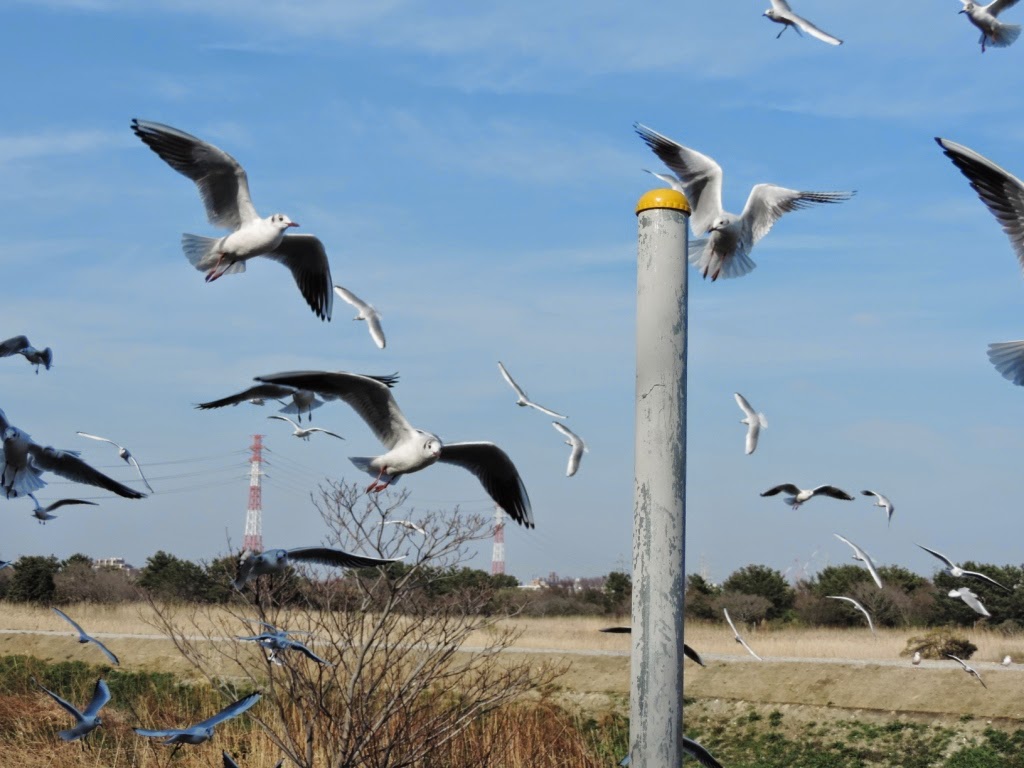 When they spotted a person with a bucket, they just went crazy! 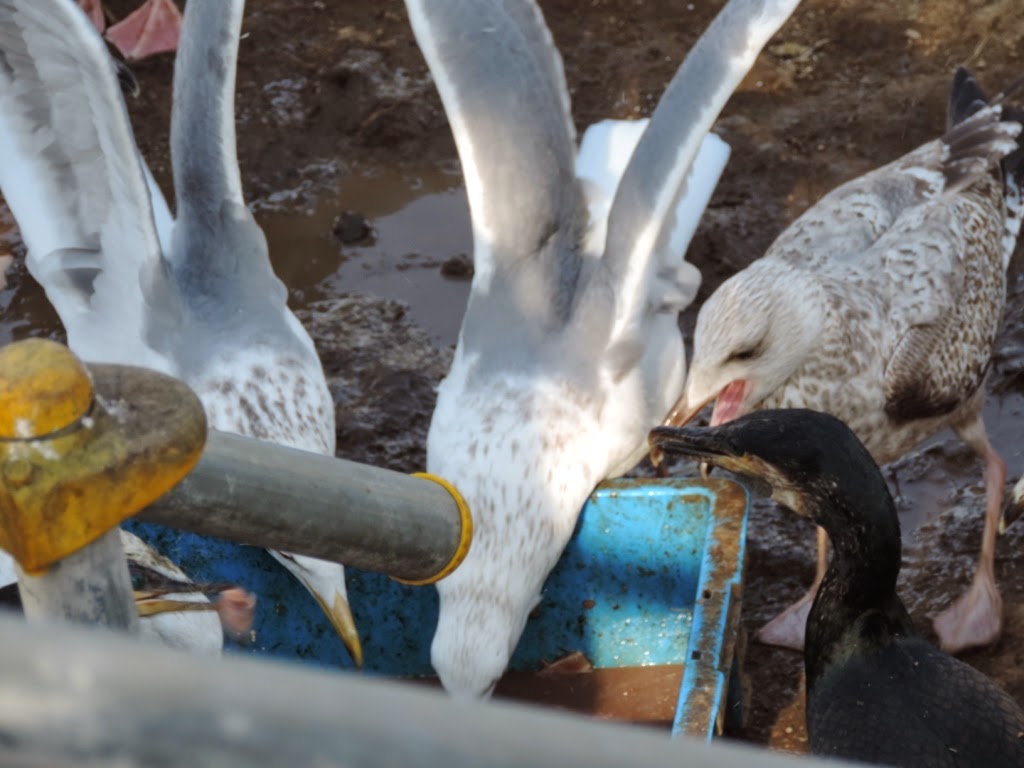 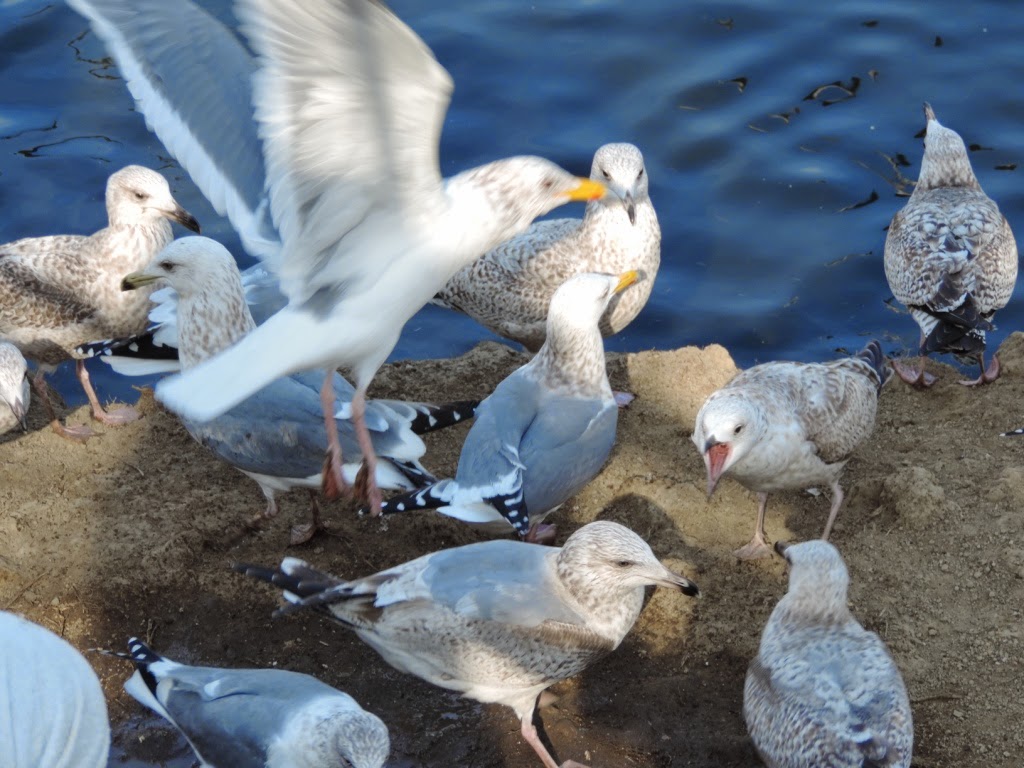 Out of the way! 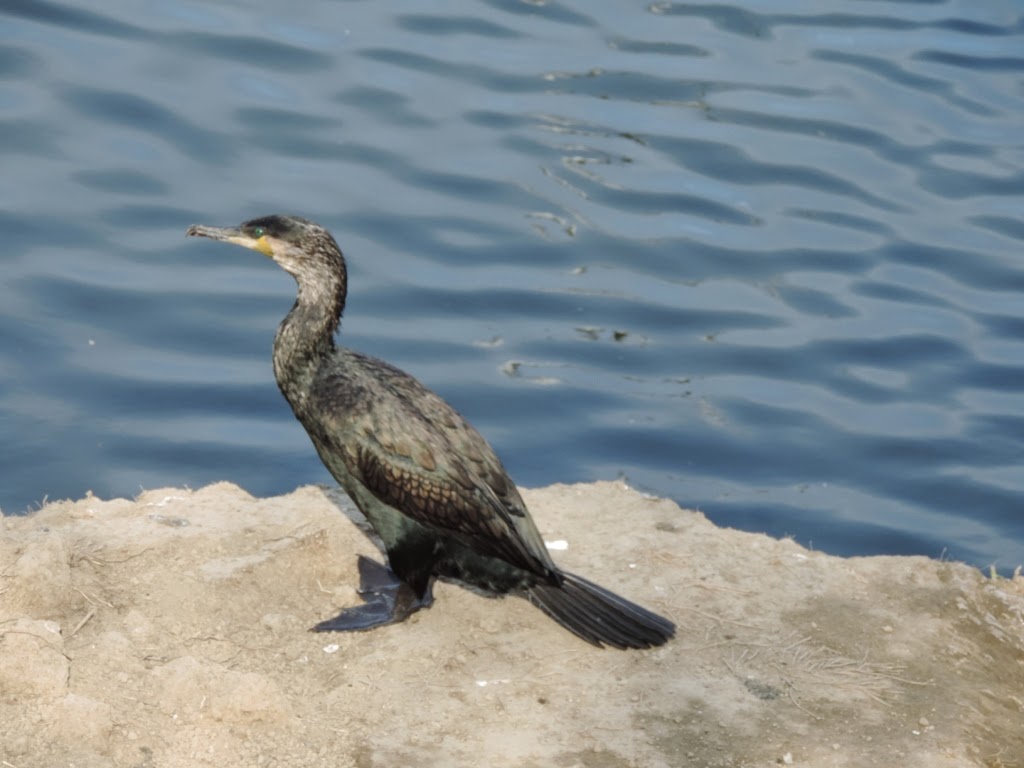 He looked a bit taken back... You have to be very determined, you know... 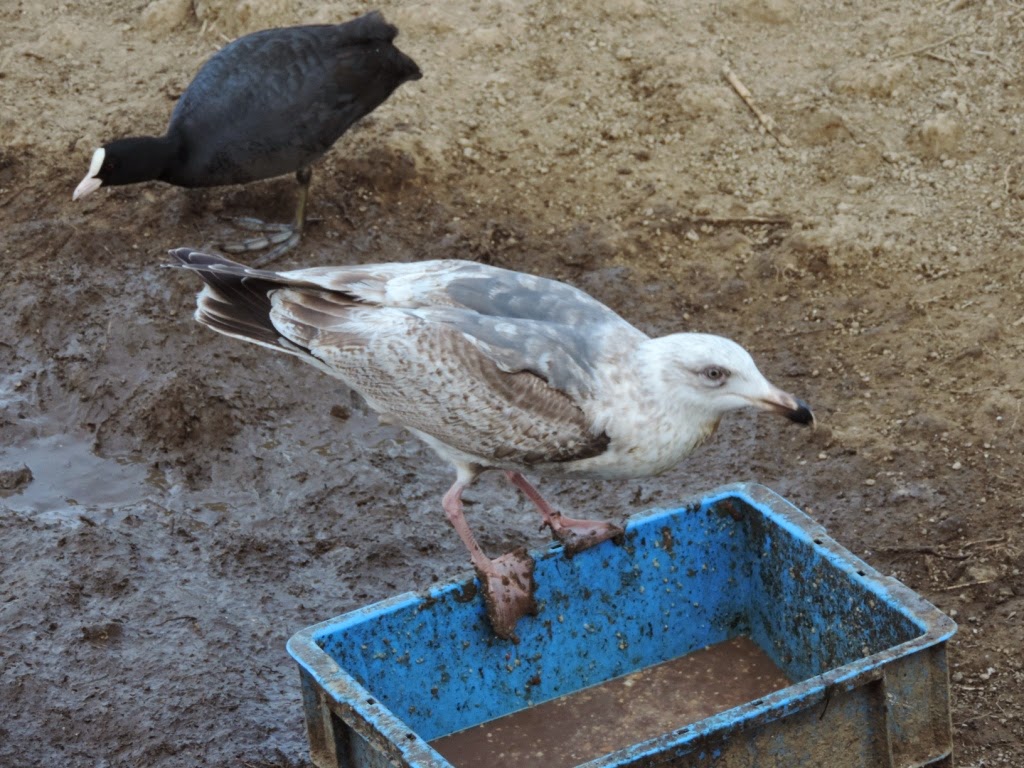 Almost everyone else had gone, a Coot (Oobanオオバン） and a young Slaty-backed Gull (Oosegurokamomeオオセグロカモメ) were still scavenging:) Good for them!

There was a ship-collision accident in March at the mouth of Tokyo Bay, which left some crew missing and also caused an oil spill. Many birders have spotted birds with oil patches on their bodies all around Tokyo Bay and I found a few on that day too. 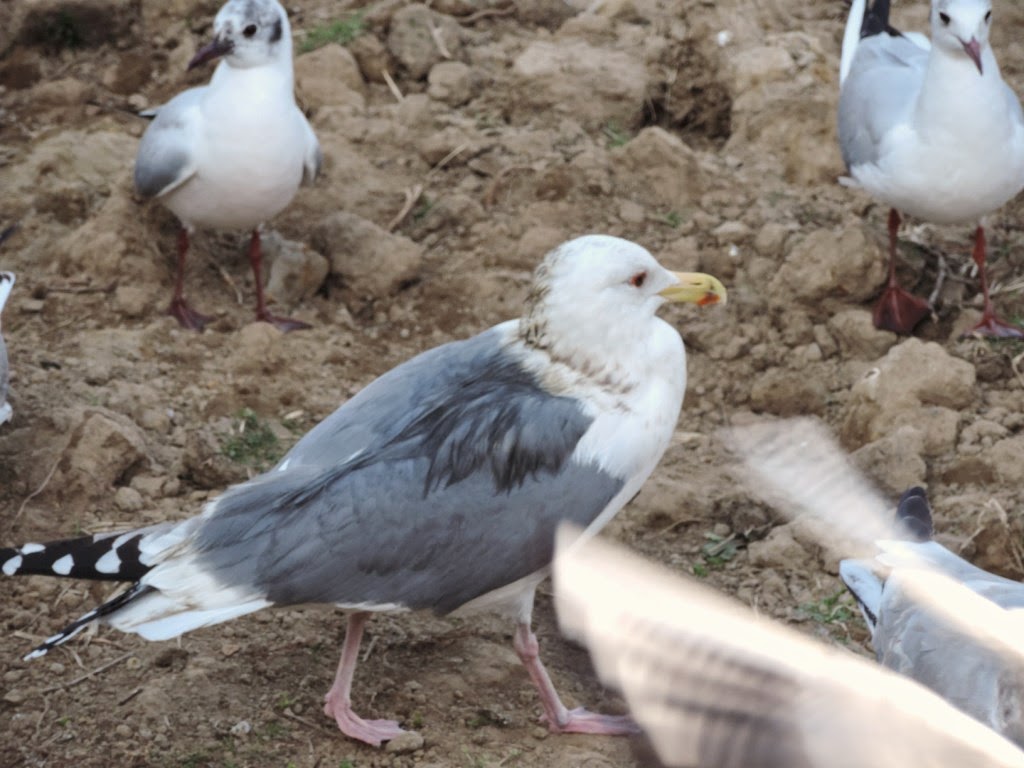 Sadly, people talk about the fishing and leisure industry in that area but there is not much news about the wildlife...
at 19:18