The Hanami River, actually a canal developed in the 18th century, is one of the best bird-watching places in Chiba, some part of which still has riverbanks covered with thicket. 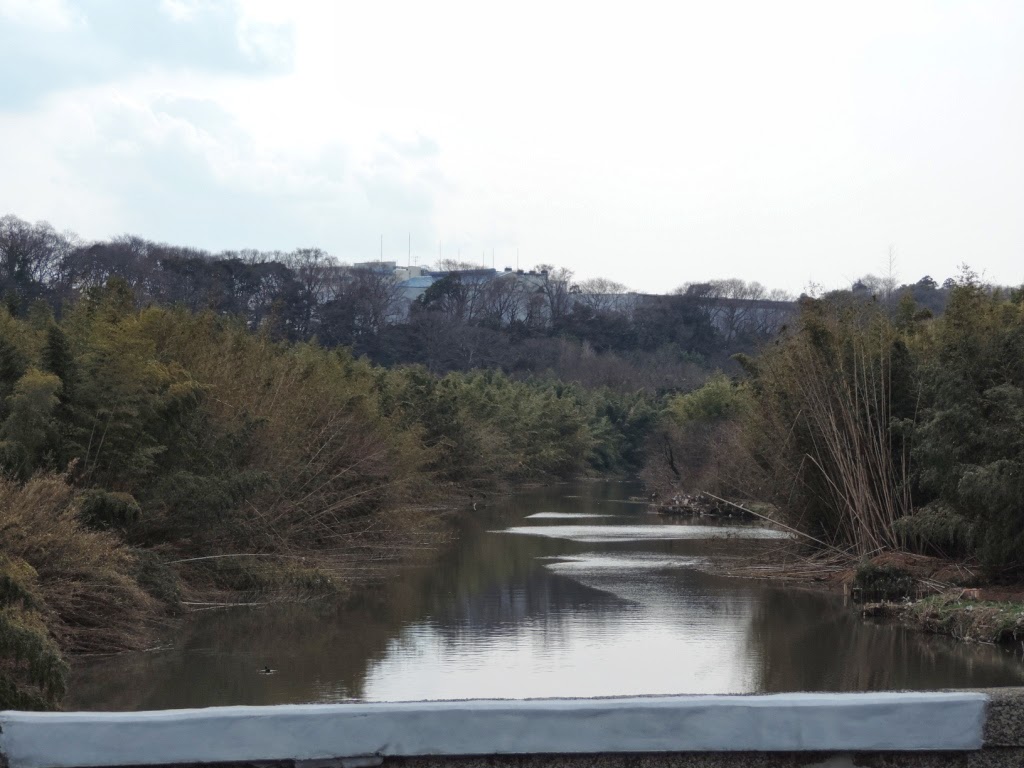 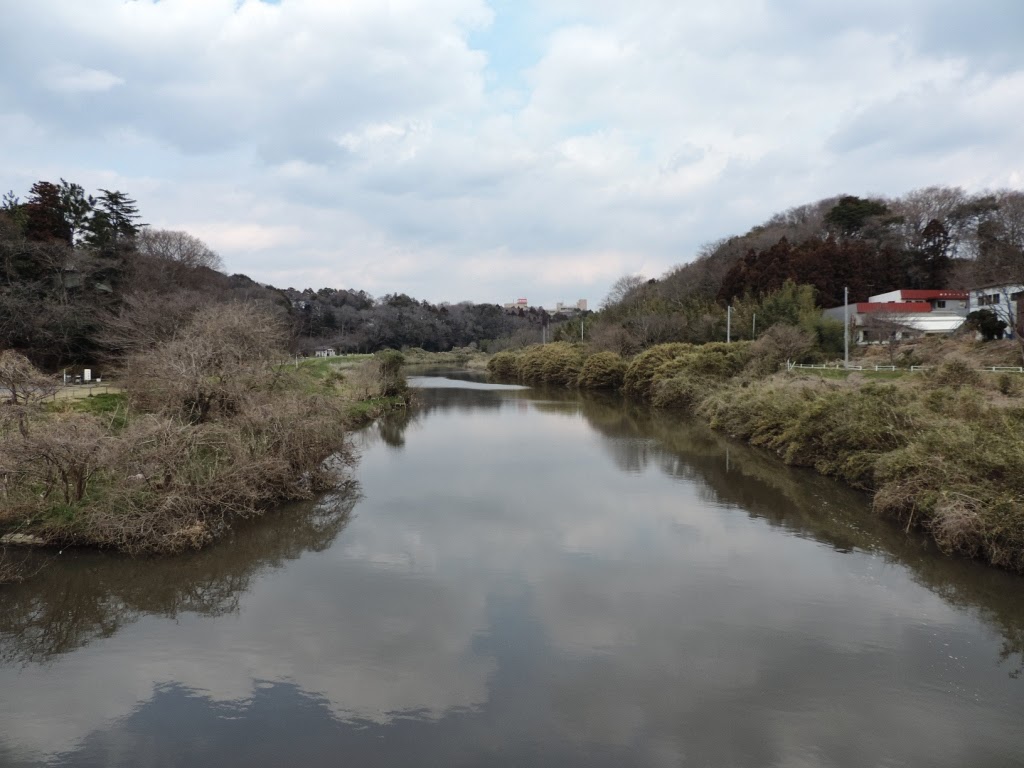 Hanashima Koen is a park adjacent to the river and has ponds, a stream and woods. 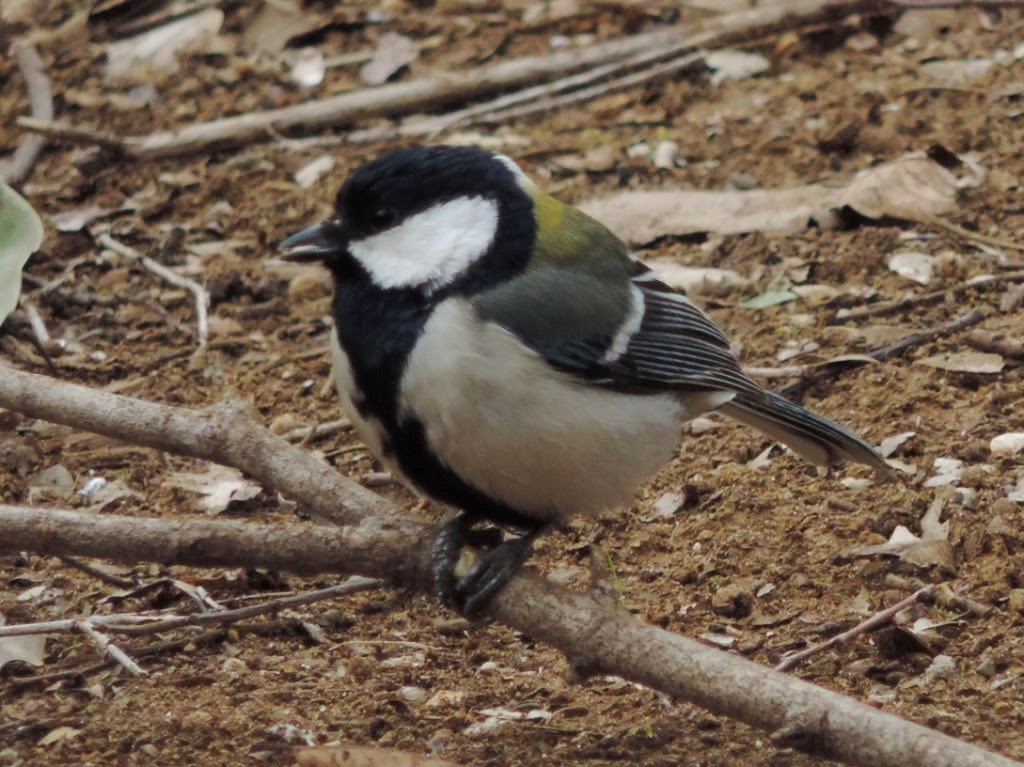 An Eastern Great Tit (Shijukaraシジュウカラ) was holding a seed between its toes and pecking like crazy:) 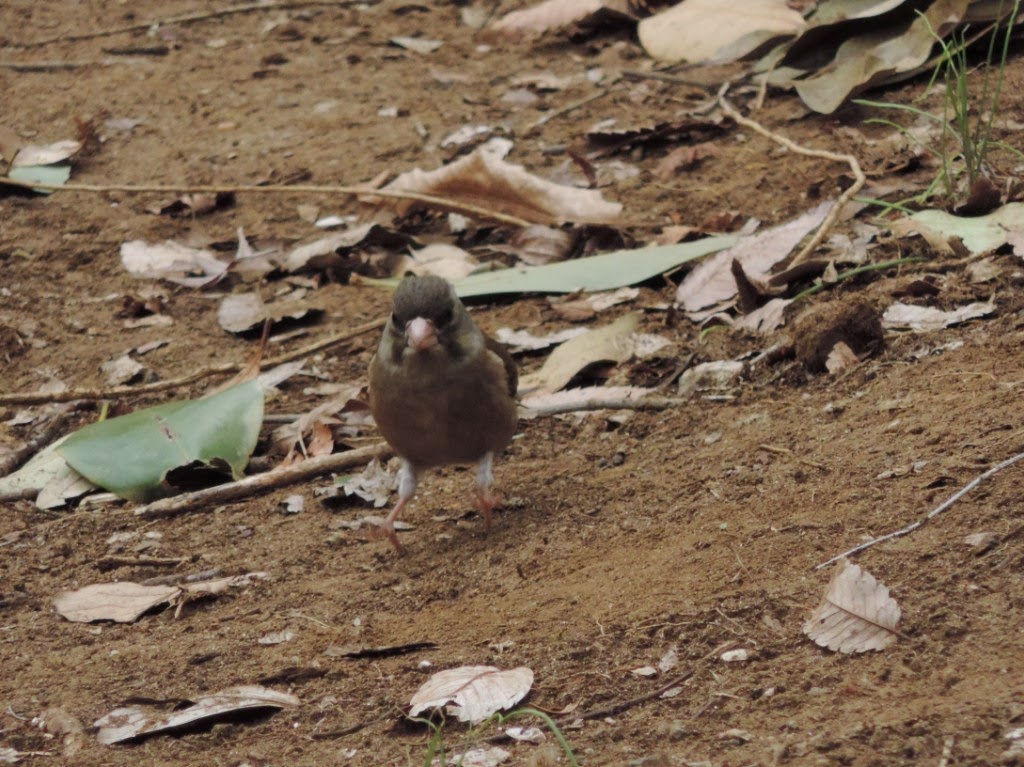 An Oriental Greenfinch (Kawarahiwaカワラヒワ) was looking for seeds too. 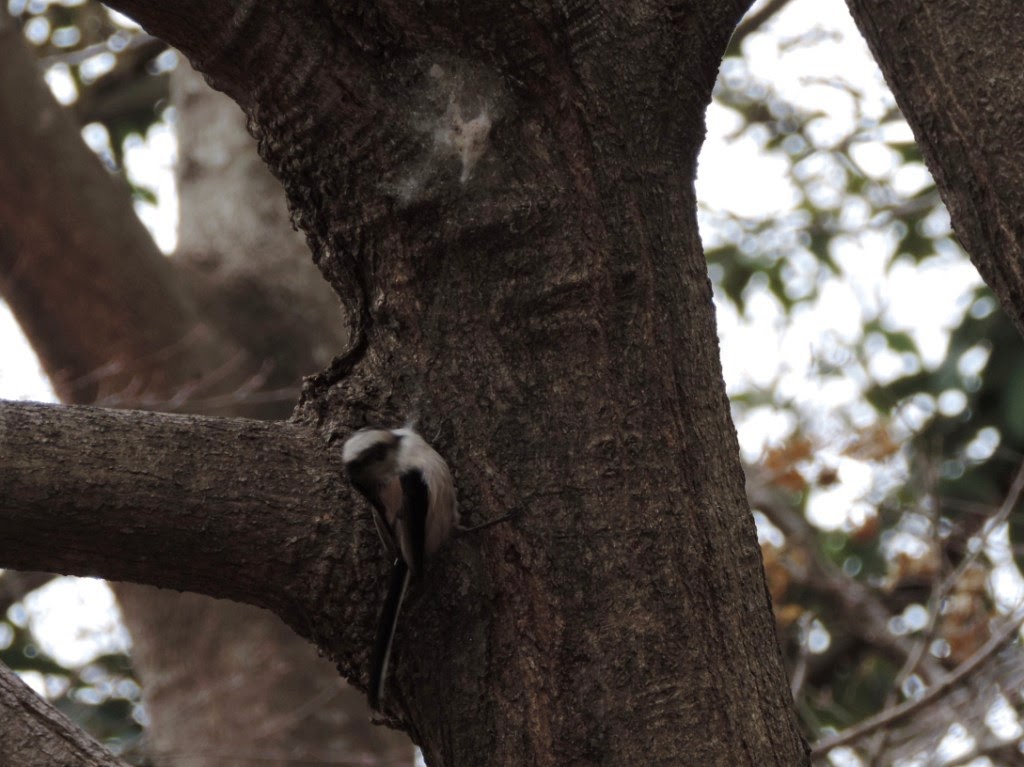 A pair of Long-tailed Tits (Enagaエナガ) were busy collecting some spider webs for their nest:) 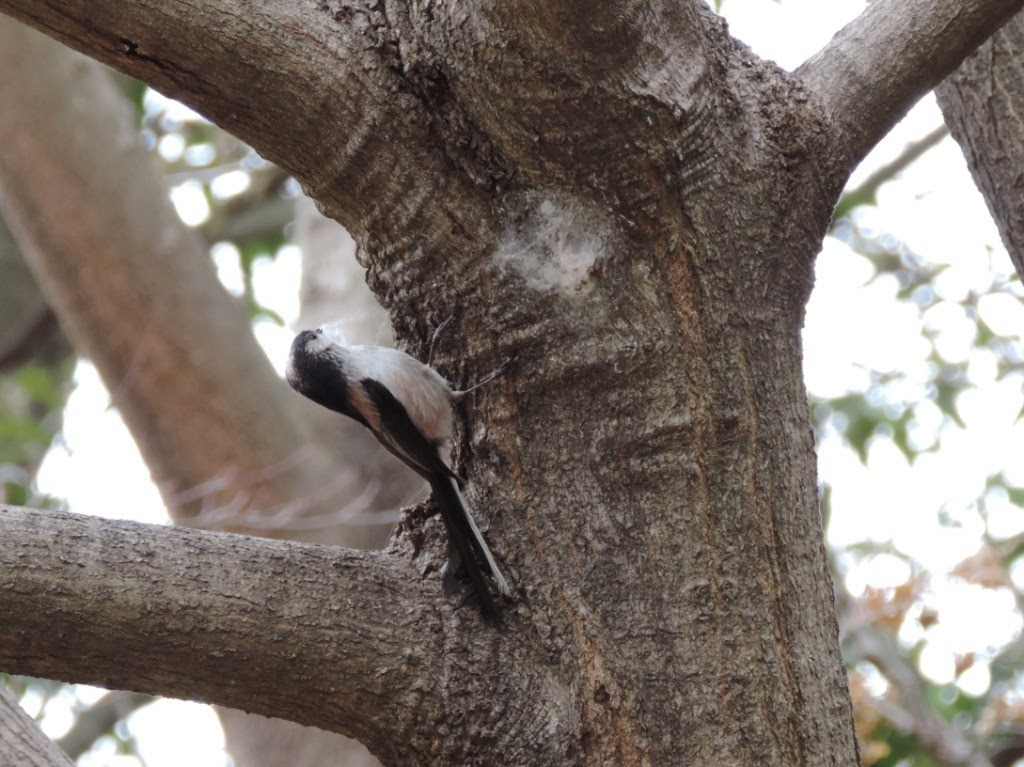 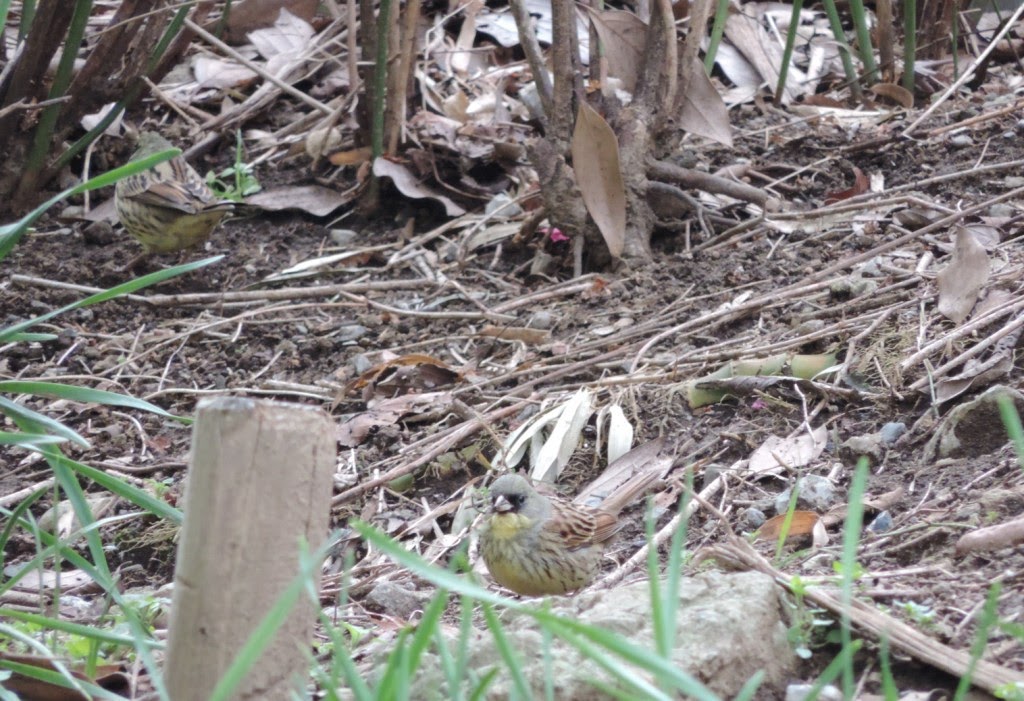 Something was moving in the bush, making subtle calls. Grey-faced Buntings (Aojiアオジ) 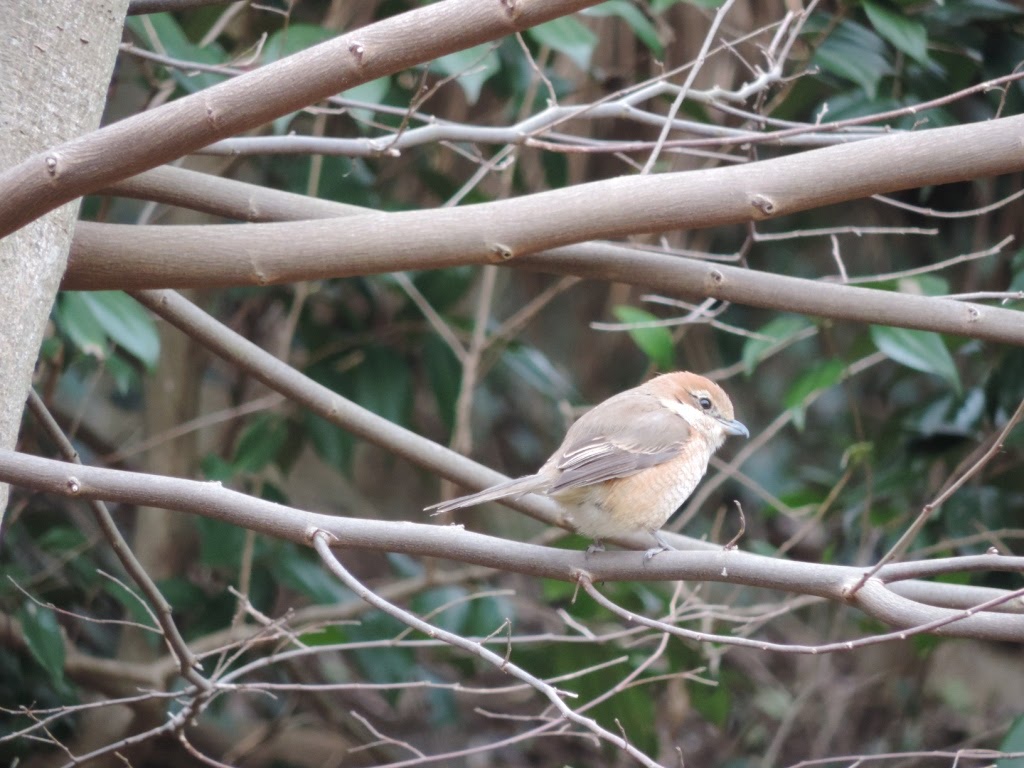 A female Bull-headed Shrike (Mozuモズ) was hunting something among the fallen leaves and flew up in a tree, looking for the next prey... 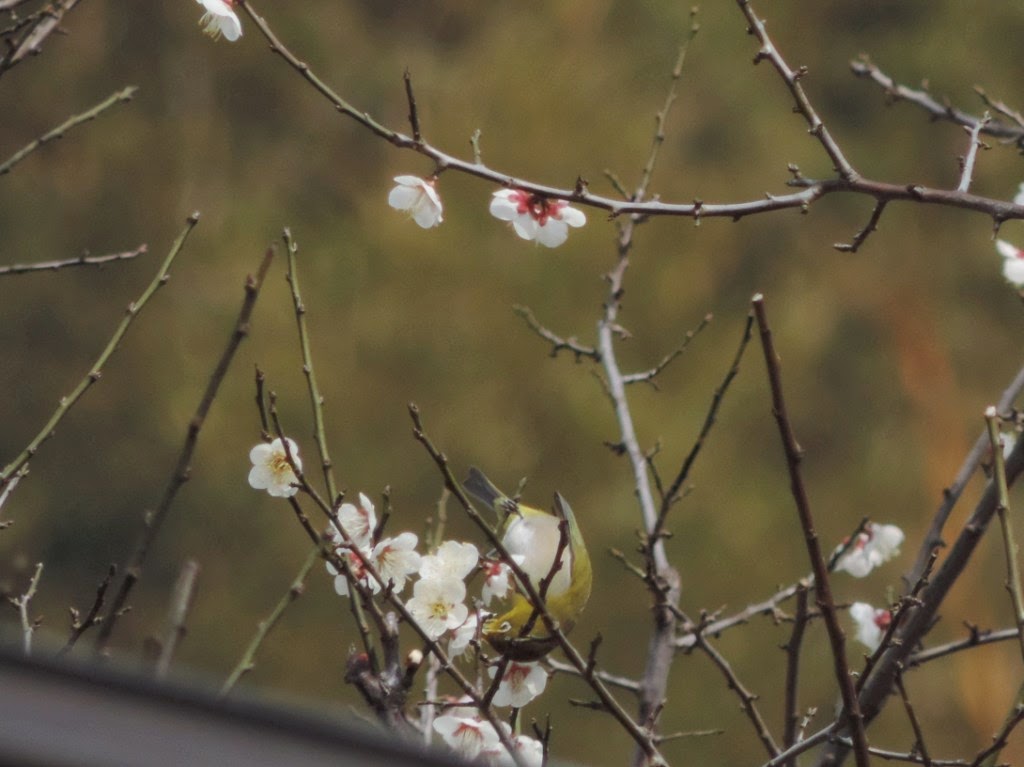 A great season has come for the Japanese White-eye (Mejiroメジロ), sucking the nectar from Ume blossoms. 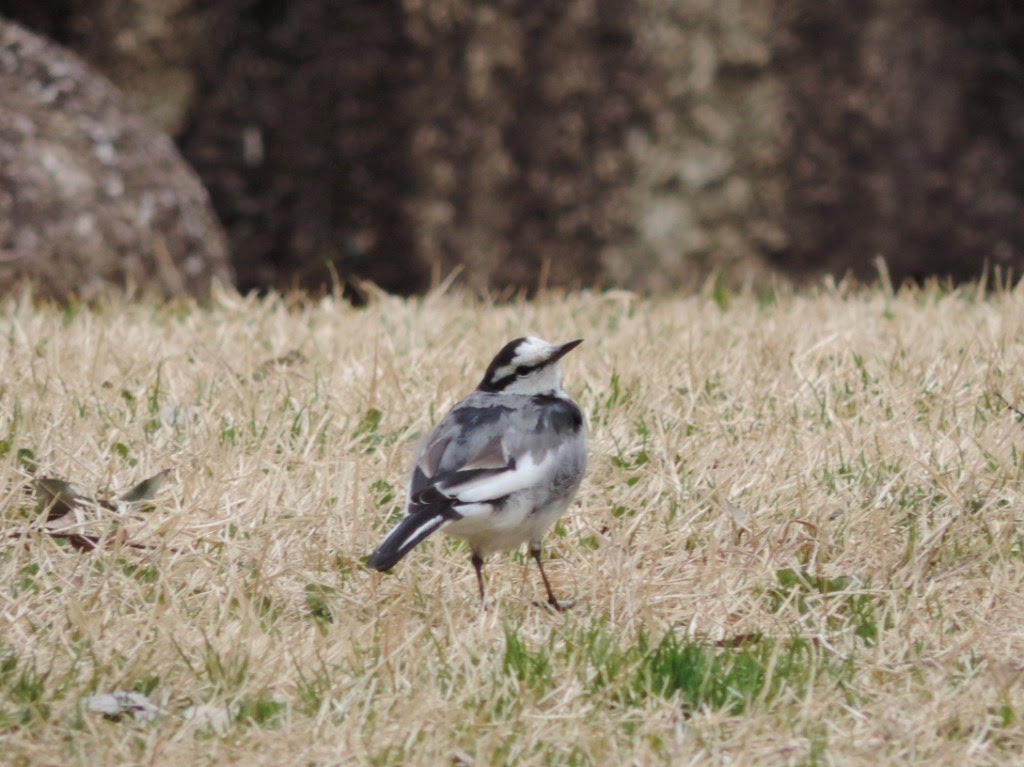 A White Wagtail (Hakusekireiハクセキレイ) chasing up and down the lawn after insects. 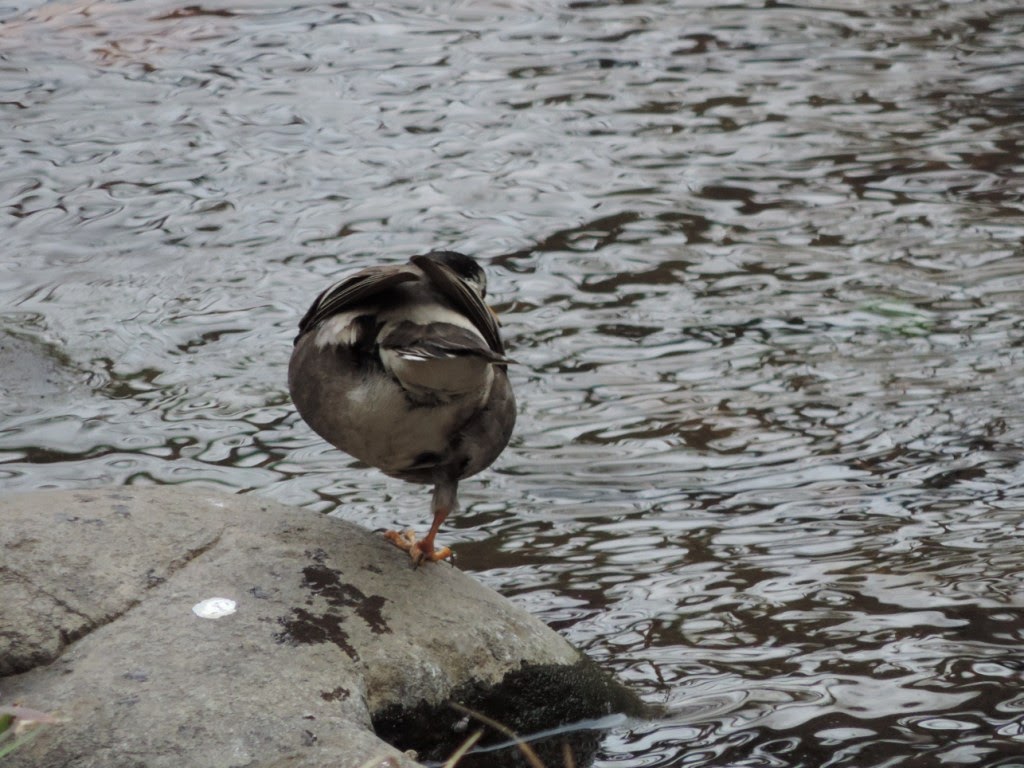 A Grey Starling (Mukudoriムクドリ) whose leg was missing... Poor thing. 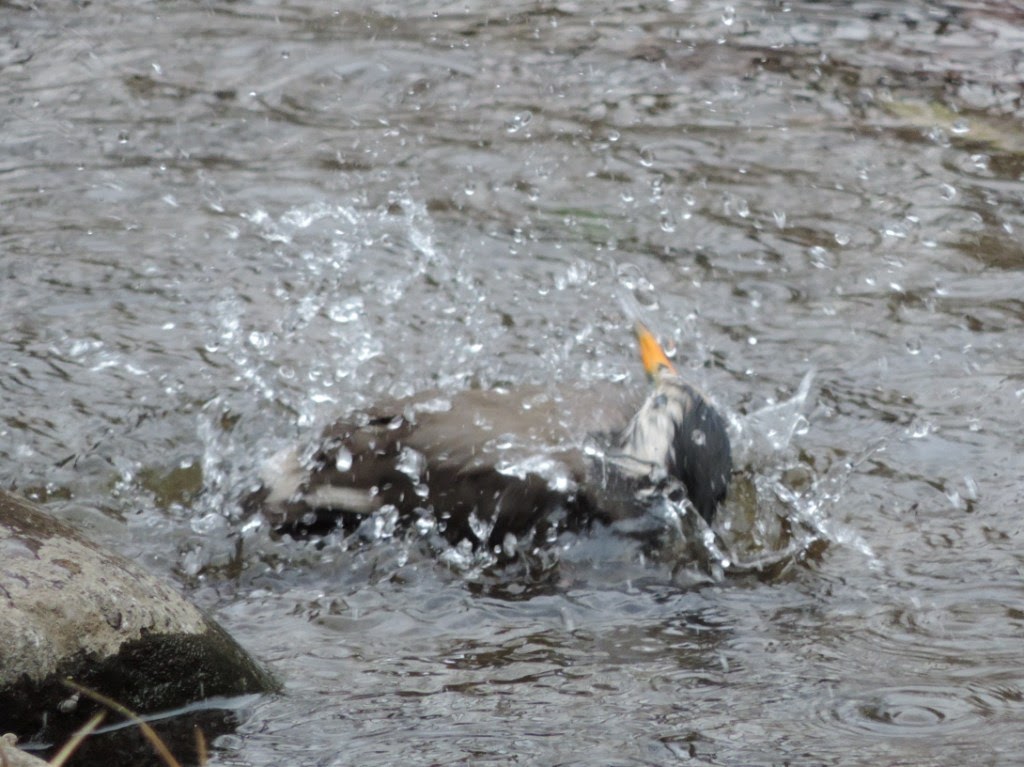 He seemed to have a good wash! 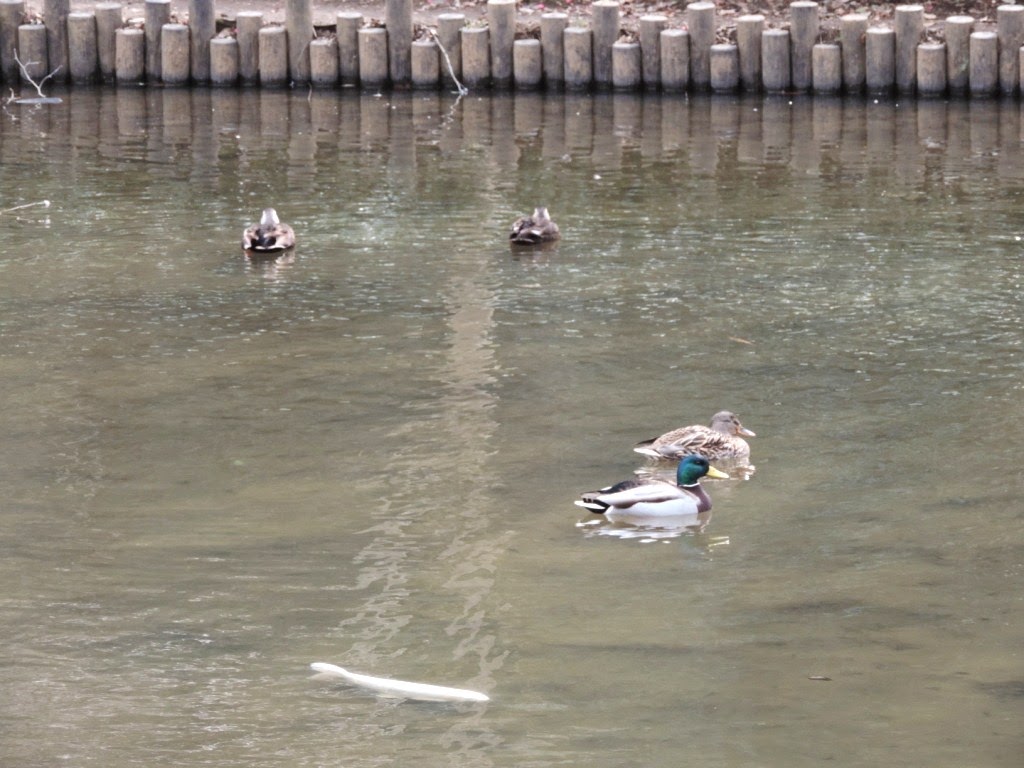 A pair of Spot-billed Ducks (Karugamoカルガモ) and Mallards (Magamoマガモ) and a silver carp under water:) 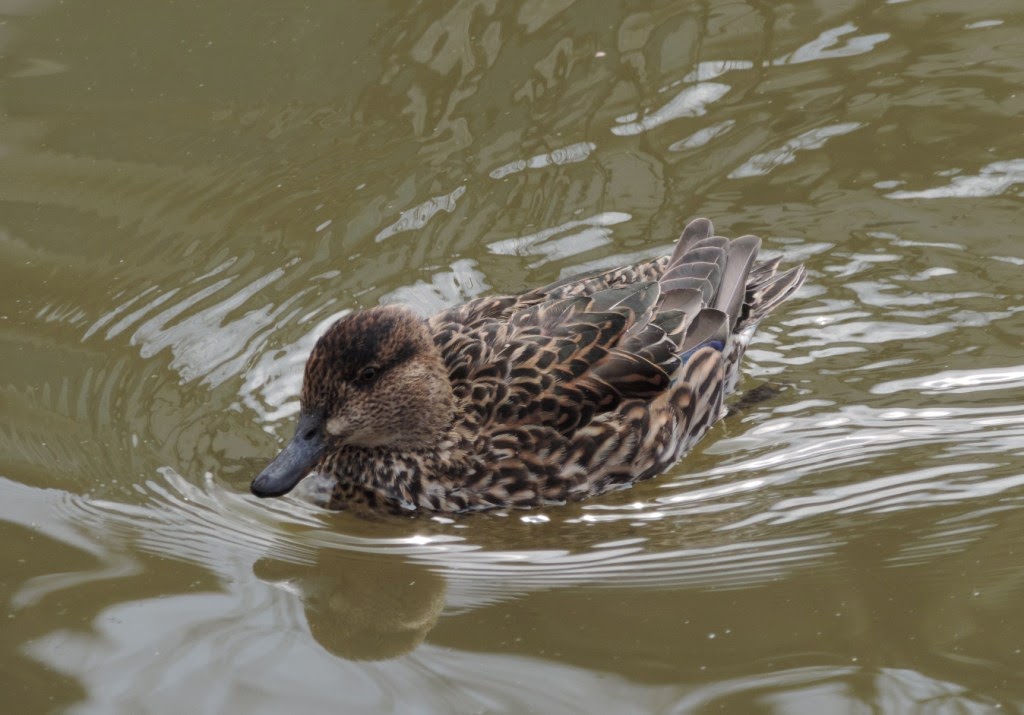 A inquisitive female Teal (Kogamoコガモ) came towards the bank and... 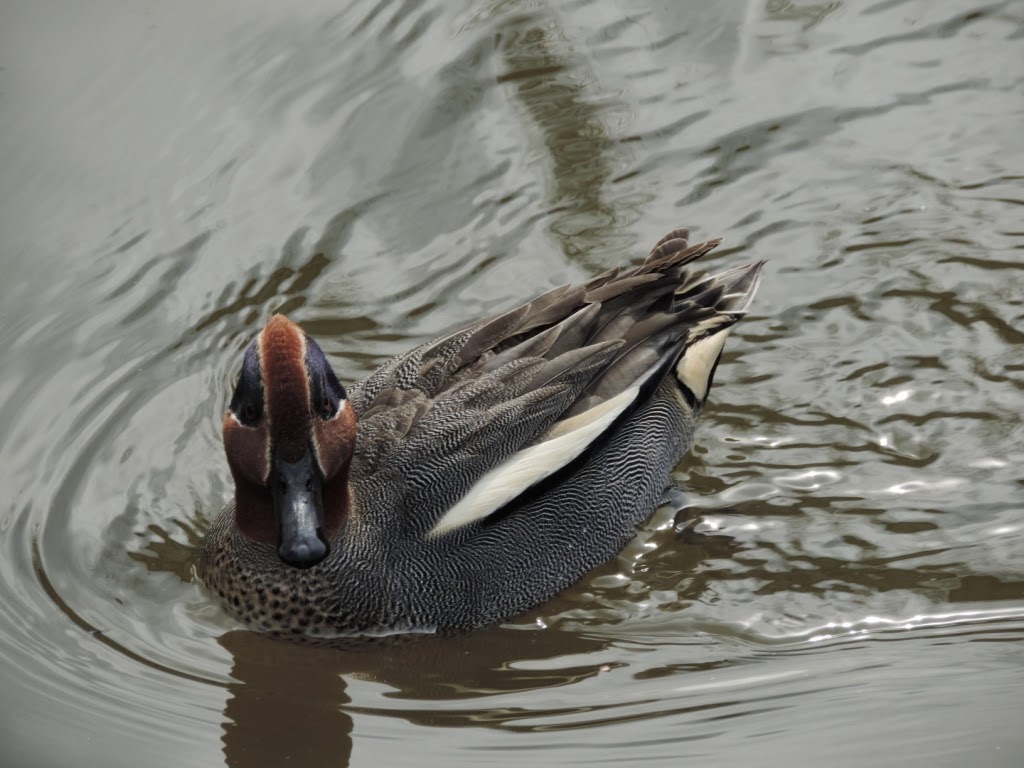 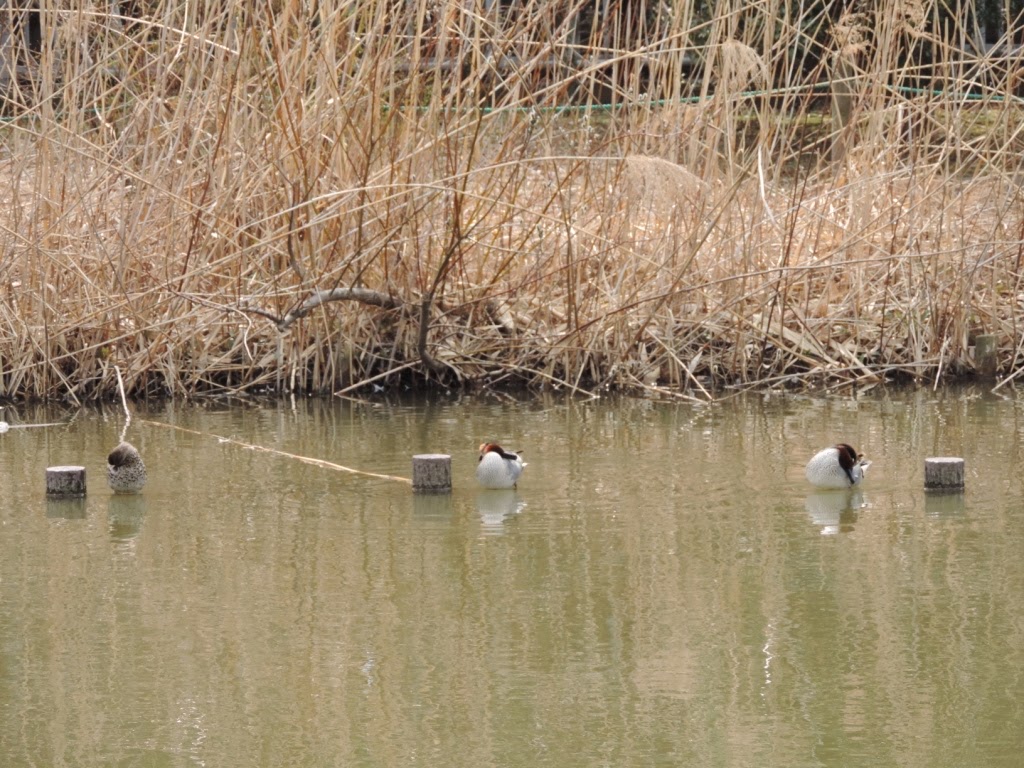 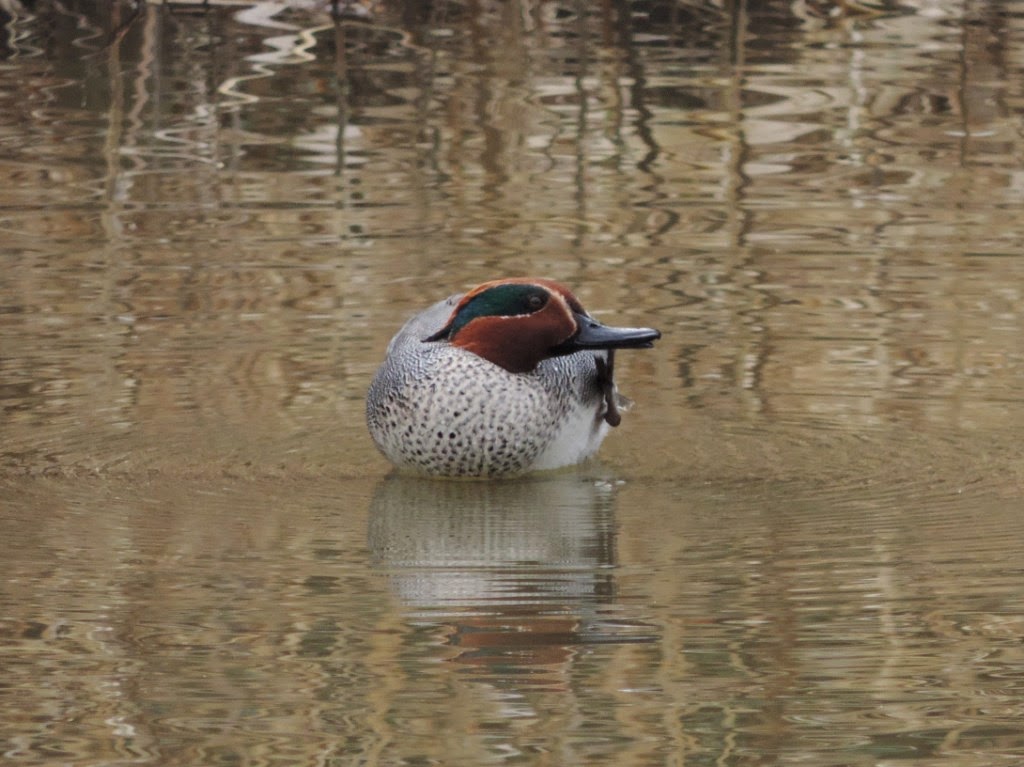 Watching them never bores me:) 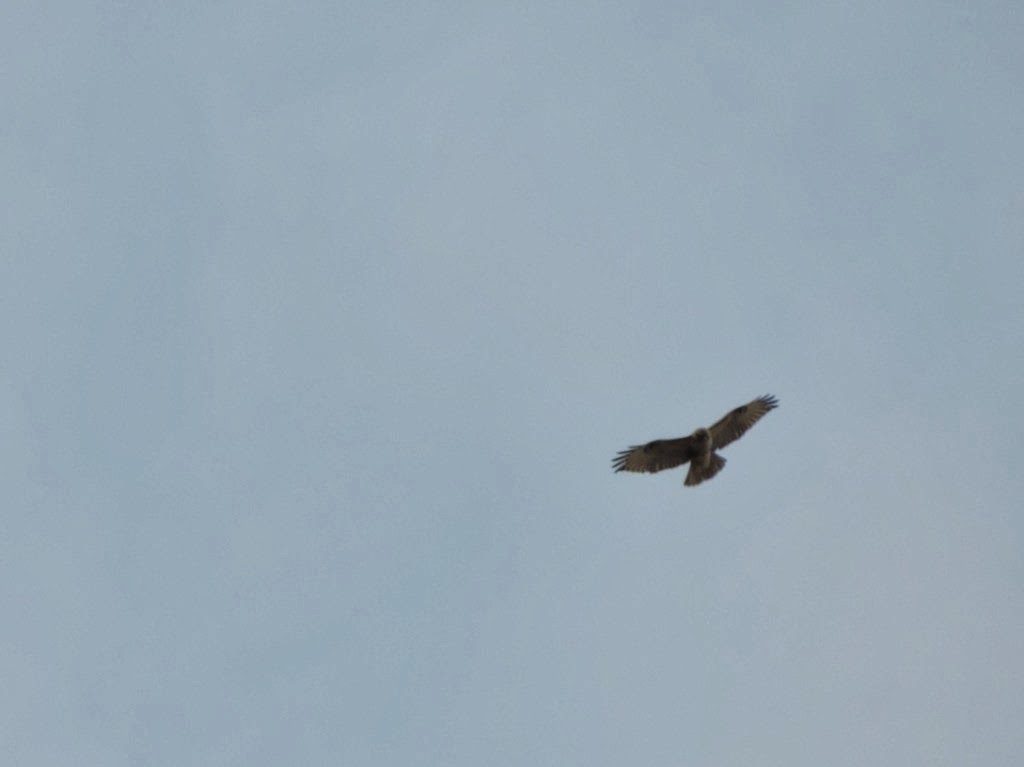 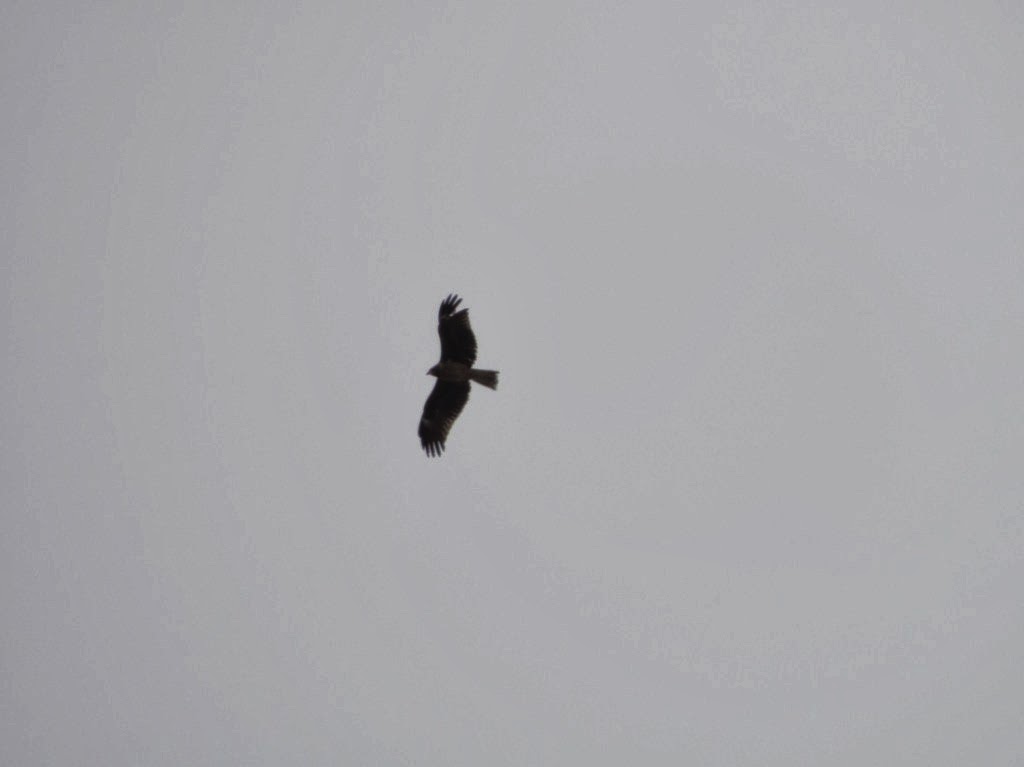 I heard a Japanese Bush Warbler (Uguisuウグイス) and a Chinese Bamboo Partridge (Kojukeiコジュケイ) singing for the first time this season. It won't be long before the Swallows start arriving!
at 21:02