I went to see the duck situation in Nihon Ike again on the way to a supermarket and they were still there:) 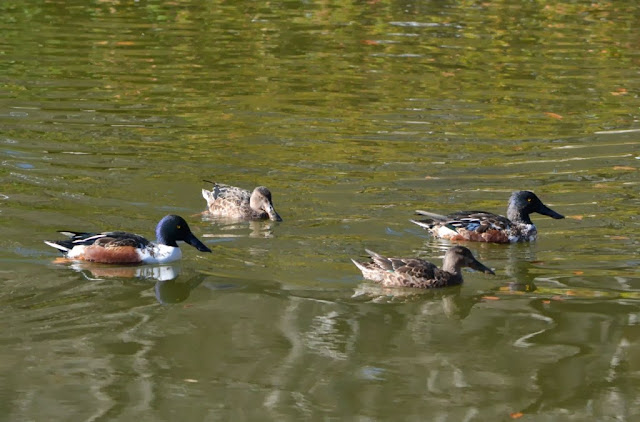 Shovellers (Hashibirogamoハシビロガモ) were seen the last time I went to the pond and the males colours have become more colourful than the last time. 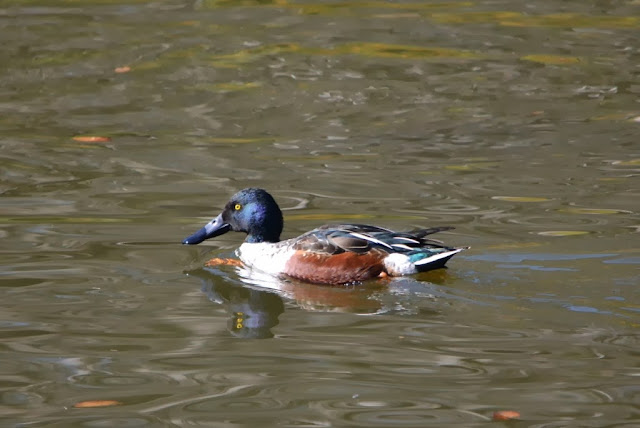 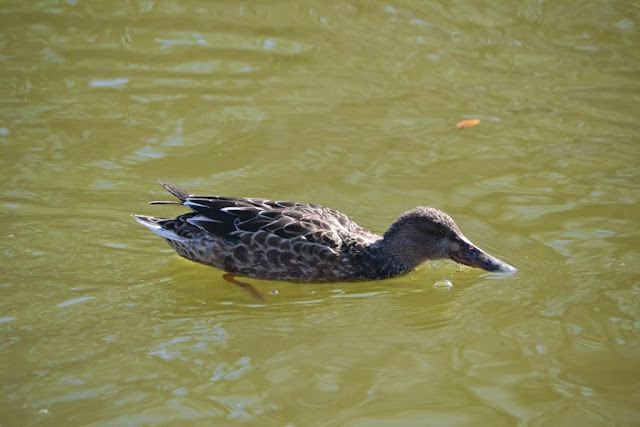 Females look like female Mallards (Magamo) or other ducks but their enormous bill is just unmistakeable.

I noticed one smaller, more plump duck, which was her. 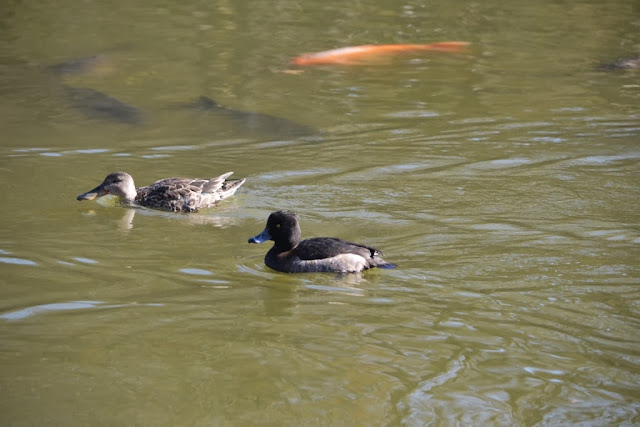 A female Tufted Duck (Kinkurohajiroキンクロハジロ) was among the Shovellers and 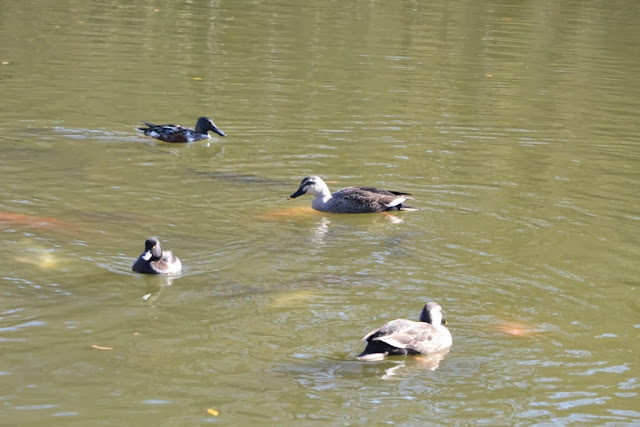 a pair of Spot-billed Ducks (Karugamoカルガモ) and lots of huge carp under the water. 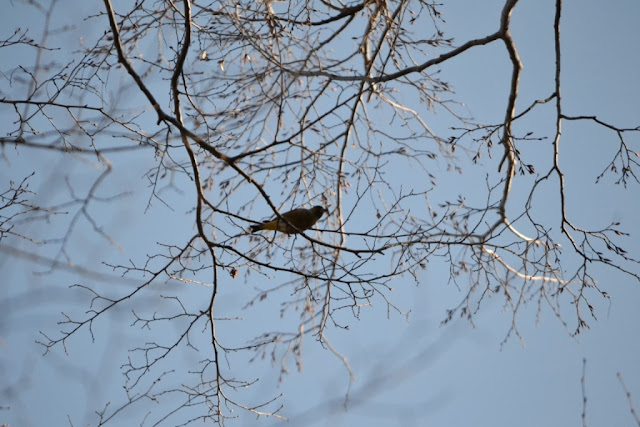 Above the ducks and me, a big flock of Oriental Greenfinches (Kawarahiwaカワラヒワ) were foraging. 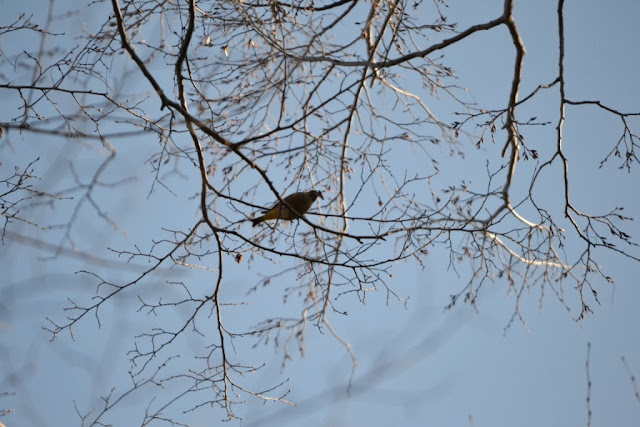 He had some kind of seed in his beak. 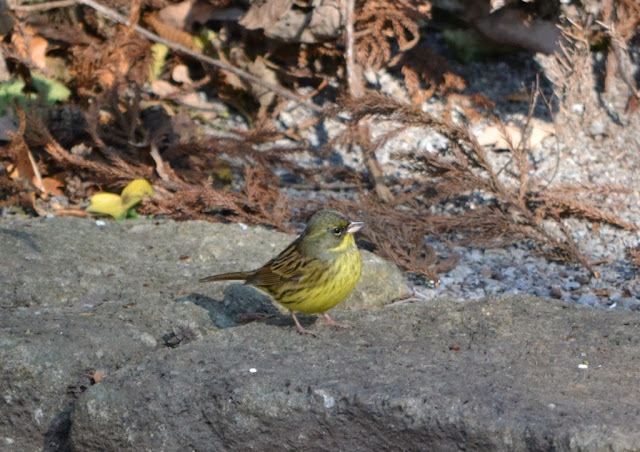 On the edge of the pond, this pretty little bird popped out from the shrub.
A Grey-faced Bunting (Aojiアオジ) 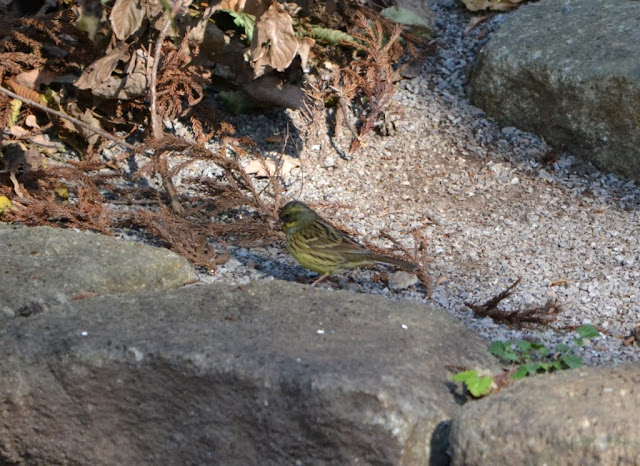 I wasn't sure if he noticed me closeby or whether he just did not mind me at all, as he just kept pecking the ground. 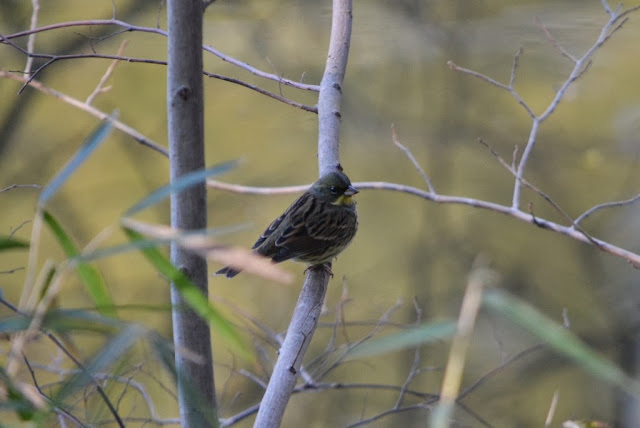 Another one was watching me from a safe distance:) 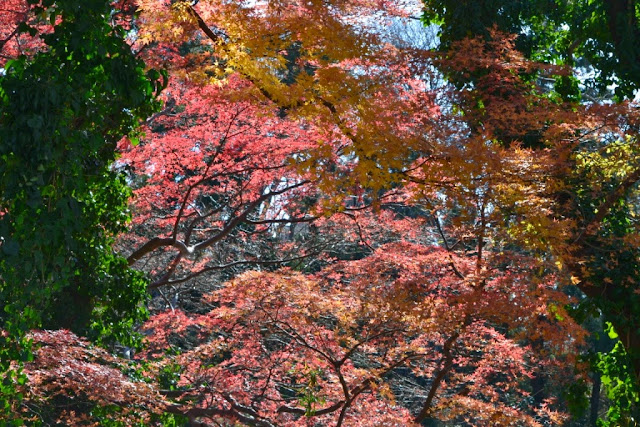 Even though it was a mid-December, the maple trees still had leaves. It's telling us that the climate in Chiba is very mild. Gorgeous! 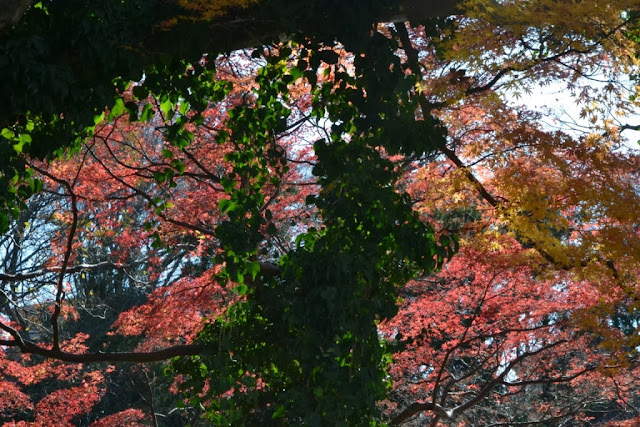 While I was just appreciating the trees, I felt somebody watching me. 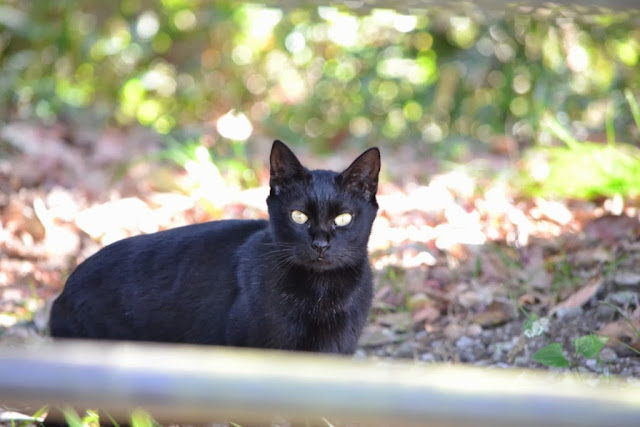