It got noticeably colder than a few weeks earlier and lots of leaves have fallen, which means a great season for bird-watchers! 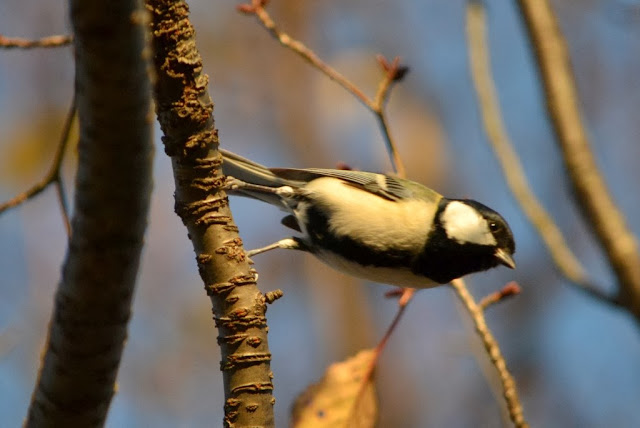 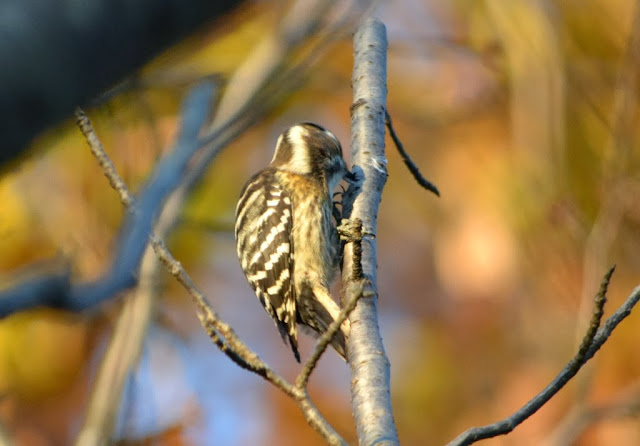 A Japanese Pygmy Woodpecker (Kogeraコゲラ) has a small but powerful drill-like beak and excavates tiny insects or spiders in the trees. 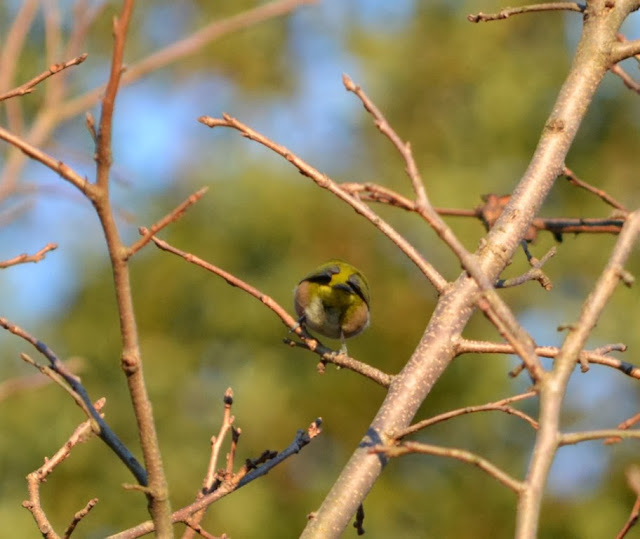 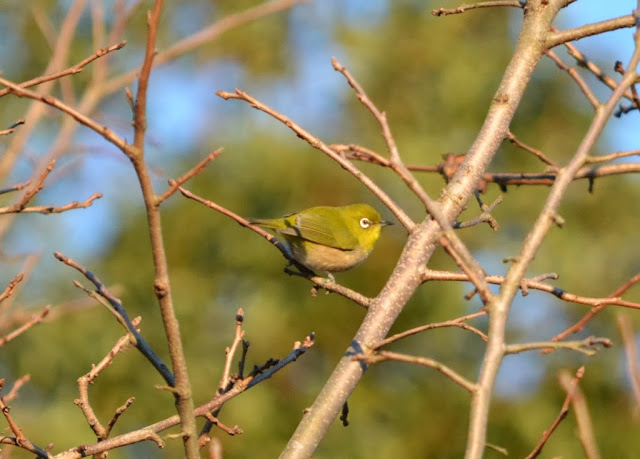 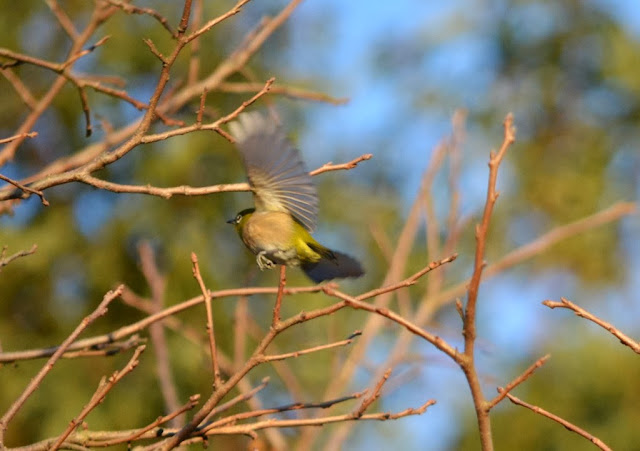 A huge berry-bearing tree (I should know what tree it was!) was very popular with birds. 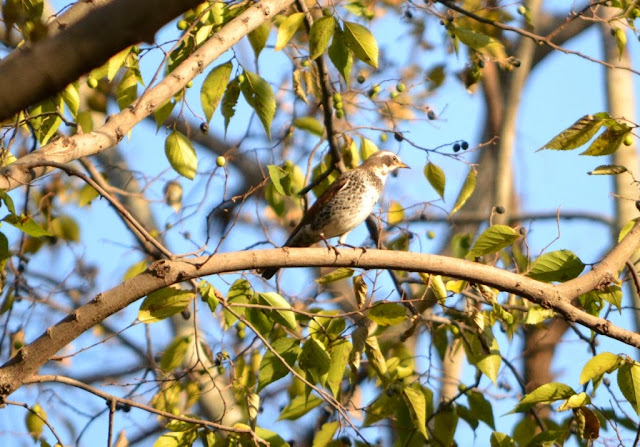 Several Dusky Thrushes (Tsugumiツグミ) are wintering birds here in Chiba. Just after they have arrived, they tend to stay in the trees, looking for berries. 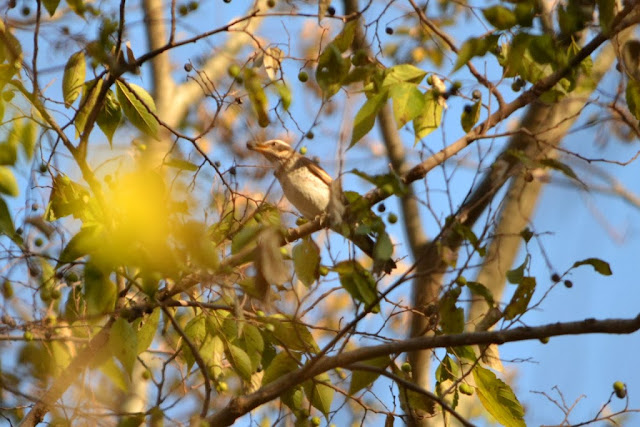 Even though the thrushes were high up, they ate and flew back and forth nervously. 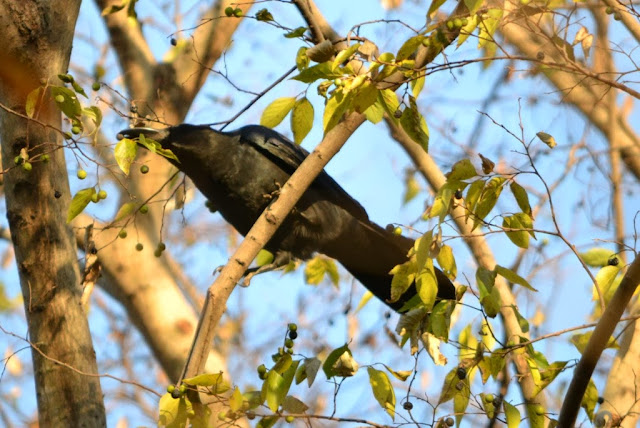 Big bosses in parks - Thick-billed Crows (Hashibutogarasuハシブトガラス) have really thick bills (as you can imagine from their name!!) but they can pick something as small as those berries. 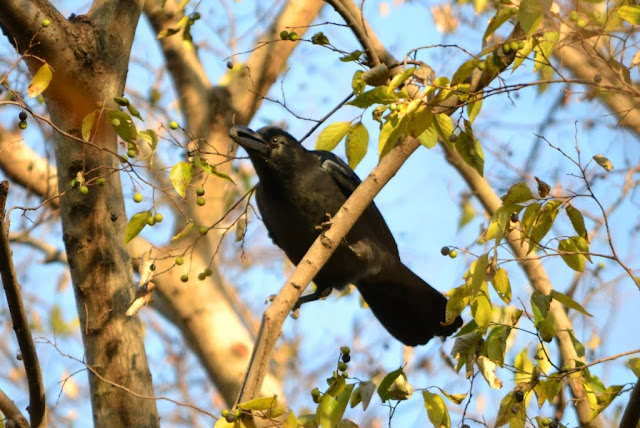 These crows are much bigger than Carrion Crows, which are not so common as Thick-billed ones in cities and parks.

Oriental Turtle Doves were in the same tree but they were much too high to take photos of. 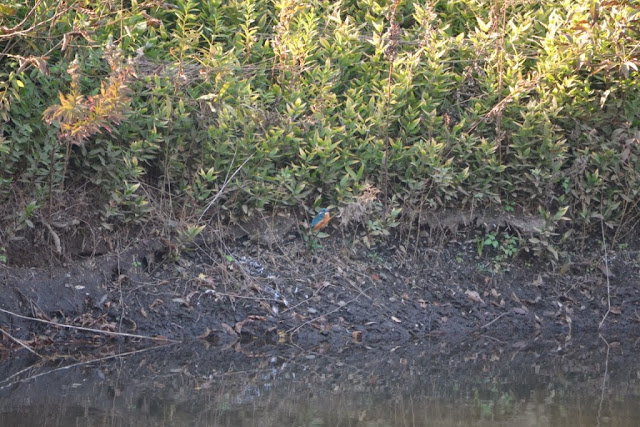 A male Kingfisher (Kawasemiカワセミ) was perching quietly above the Aoba-ga-ike. I wish he had been in the light...

Email ThisBlogThis!Share to TwitterShare to FacebookShare to Pinterest
Location: Aoba no Mori Koen