There is not a single yard where people have not touched and changed the coastline along Tokyo Bay, which is really shameful, but nature has not left there - not entirely. 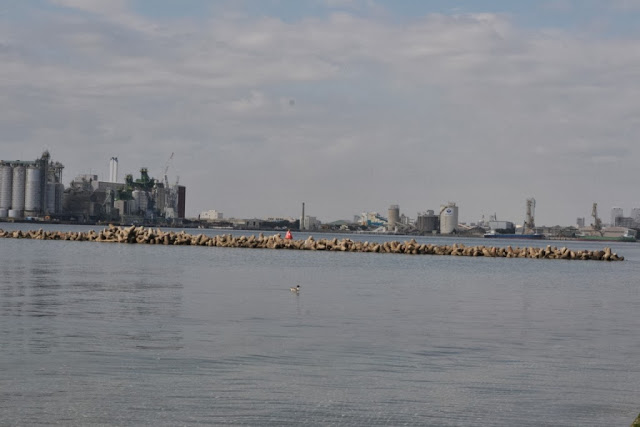 Ugly though it looks, there were some cormorants and ducks:) 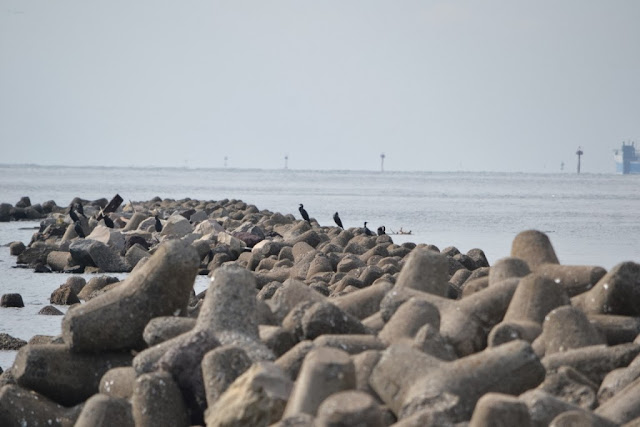 Ten odd Cormorants (Kawauカワウ) were resting and drying their feathers on the concrete bank. I was told later that there must have been Temminck's Cormorants (Umiuウミウ) as well! If only I had had a scope with me! 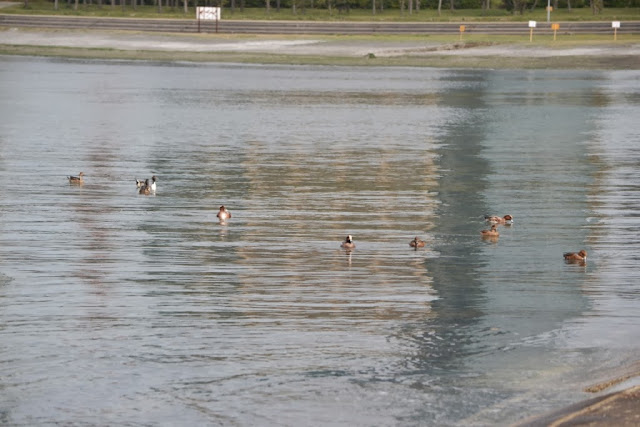 Ducks were coming towards the edge of the pier. 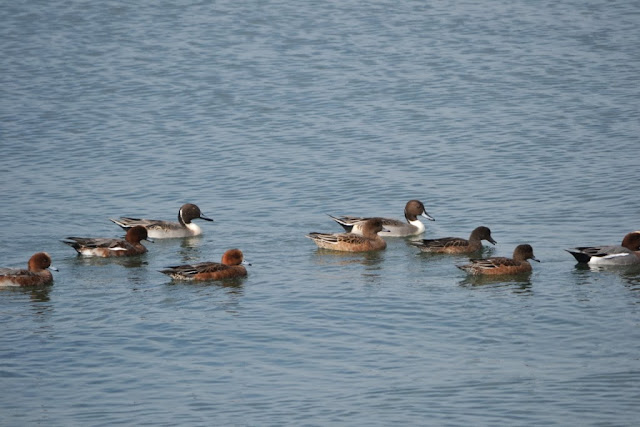 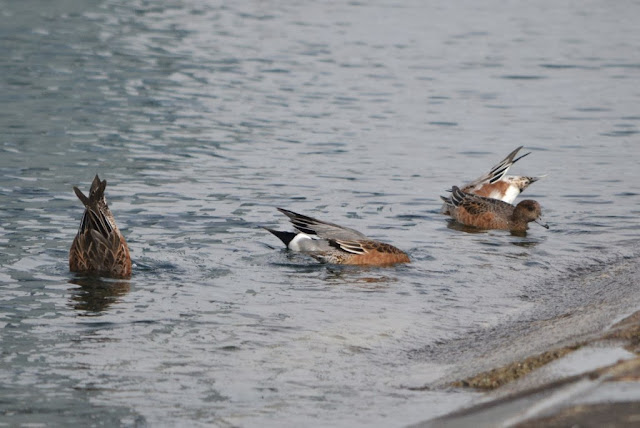 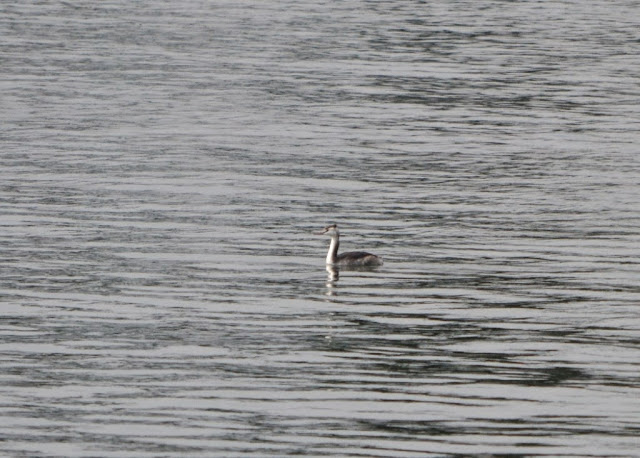 On the quieter side of the Bay, a lone Great Crested Grebe (Kanmurikaitsuburiカンムリカイツブリ) was floating elegantly:) 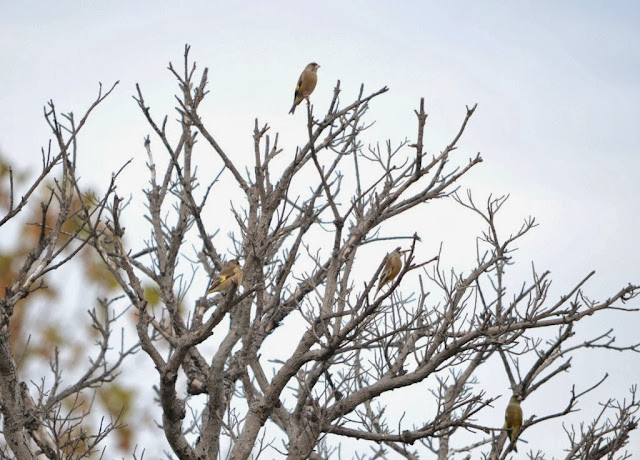 In the park, a flock of Oriental Greenfinches (Kawarahiwaカワラヒワ) were calling to each other. 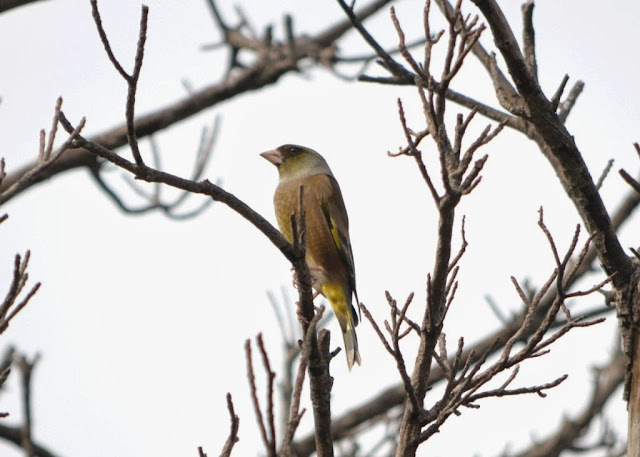 Their breast and belly looks browner than the Greenfinches seen in Britain, I think, but their calls sounded similar, which is why I was able to spot them:)


As I started noticing several kinds of birds, I didn't feel so bad, but my heart sank when looking out towards the other side of the Bay... 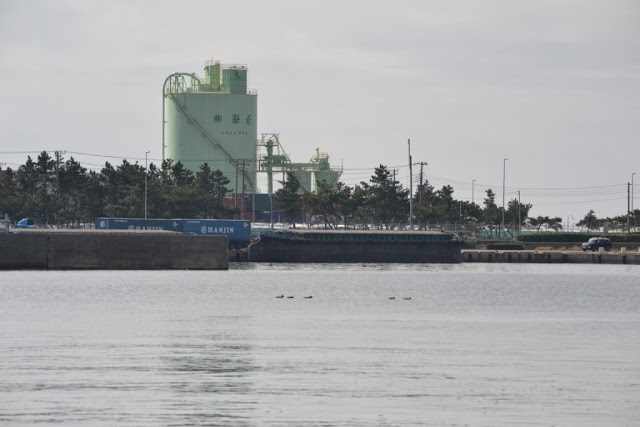