I had been wanting to see what happened to some herons and egrets on a small island in the Yokojukkengawa Canal, and finally, I got a chance to do so. At 4.50 in the morning, off I went with my dad.

There were several Black-capped Night Herons (Goisagiゴイサギ) on the island and most of them were juveniles. In Japanese, juveniles have a different name: Hoshigoiホシゴイ. Hoshi means stars, representing their speckled back. 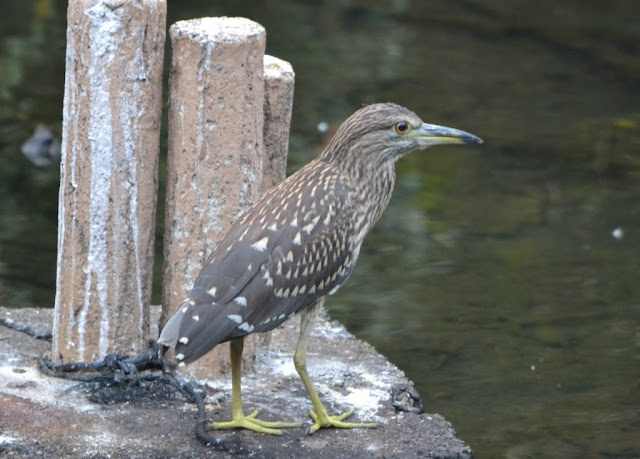 Hoshigoi Number 1
He pretended that he didn't exist there:) 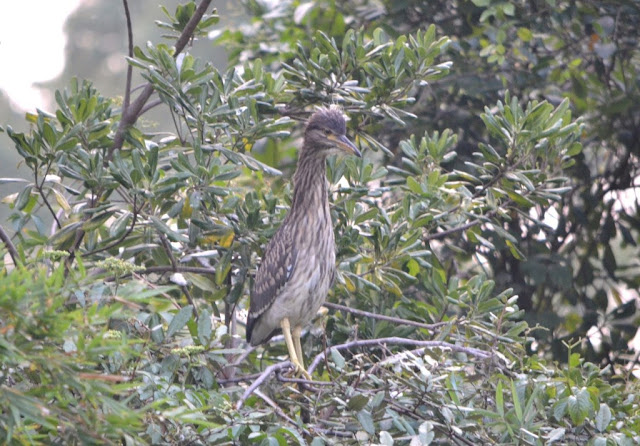 Hoshigoi Number 2
He was looking down at us, extending his long neck and raising his shabby crest! just like saying 'I've been watching you!' 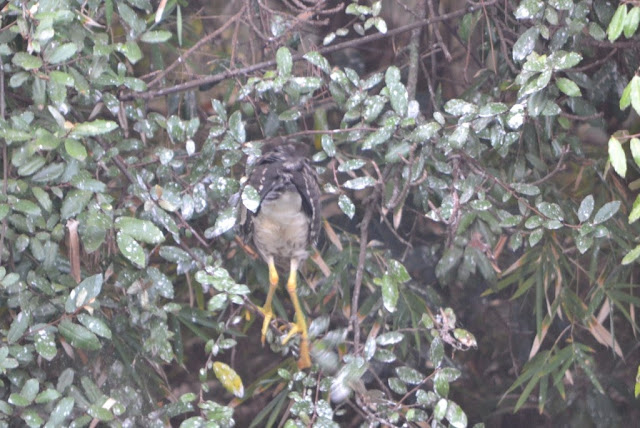 Hoshigoi Number 3
He saw us and flew into the thicket but seemed stuck...
We can see your bottom! lol 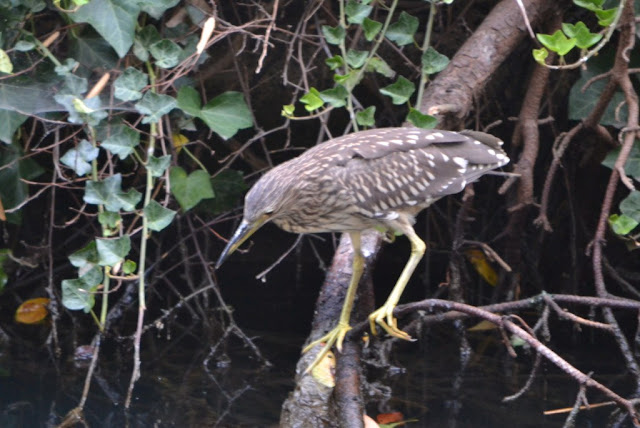 Hoshigoi Number 4
He was born to be a real hunter! While we were there, he didn't even flinch. 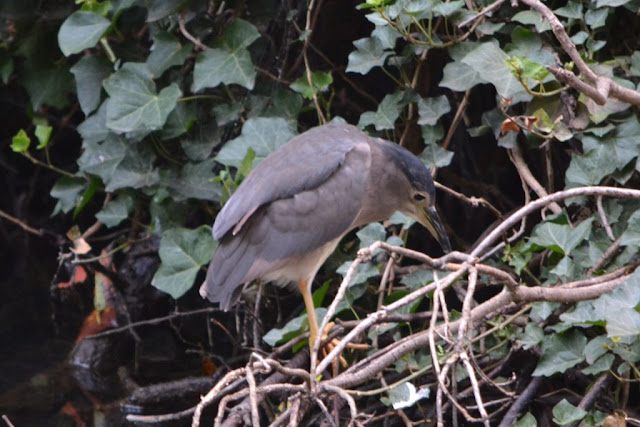 There was one black-capped individual but his neck and underparts were not clear white so he might have been a third year bird. We didn't see any adults at all. Were they hatched and raised in a different place and flew here for hunting practice? We'll never know.

In the water, loads of small fish were swimming around even though the quality of water didn't seem appealing. Still, it must be a good place for young, fish-hunting birds.


Young Swallows (Tsubameツバメ) landed on a signpost on one of the bridges. 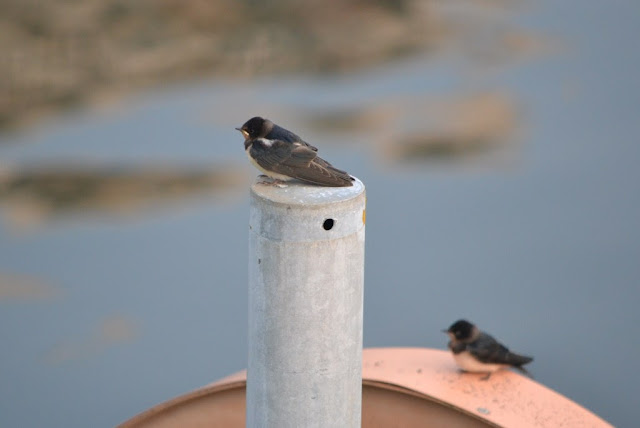 They still had yellow bits on both sides of their beaks and their body shape was a bit too plump for an elegant swallow! 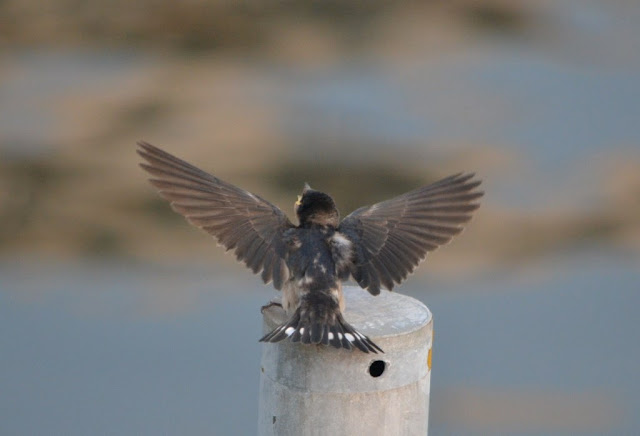 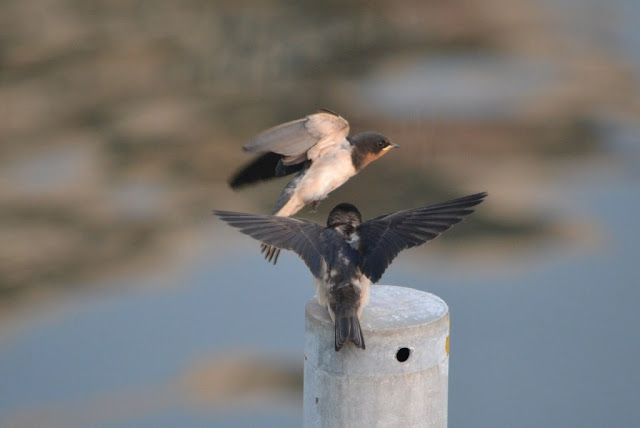 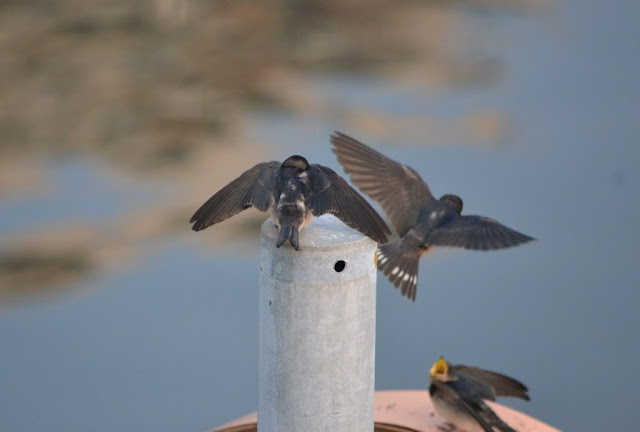 That was YOU!
The one flying towards them appeared to be their brother or sister... 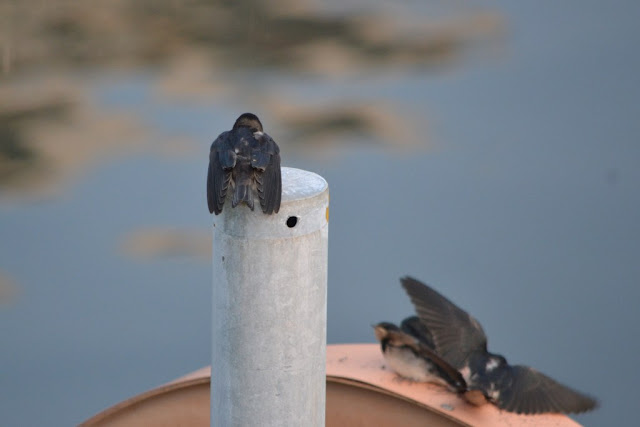 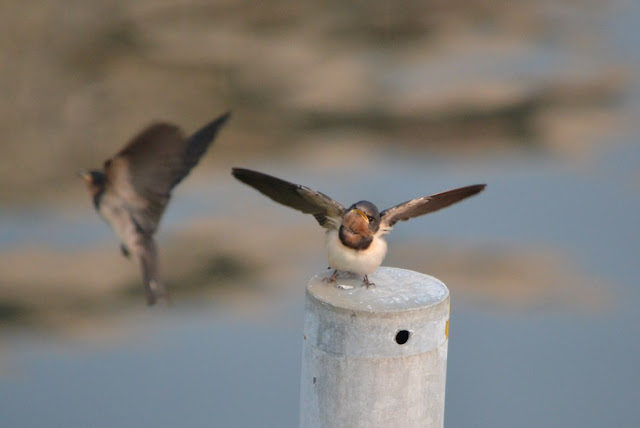 The parents were busy catching food for their 3 hungry fledglings.
Insects are really active even that early in the morning as the temperature was already nearly 30 degrees. We were hoping that those swallow fledglings were well fed and would be soon ready for a long journey back.