The Little Grebe Chicks, which hatched about four weeks ago, have been doing really well, and all four of them seem hungry all the time! 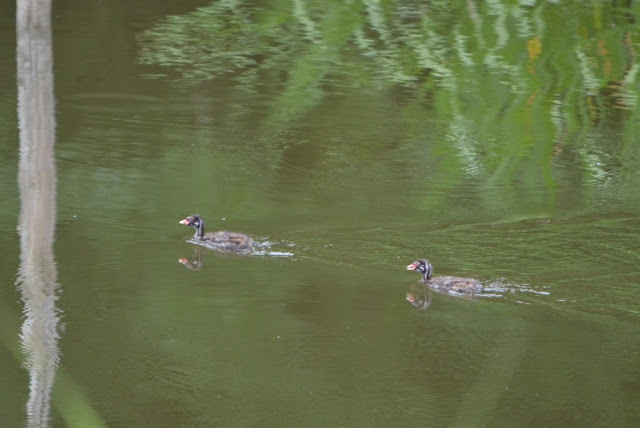 The parent grebes were looking after two chicks each, who followed their mum or dad cheeping and chirping:) 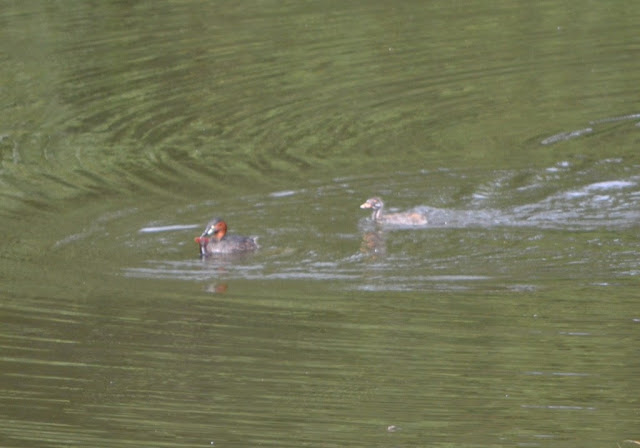 Mum (or Dad) caught a crayfish and... 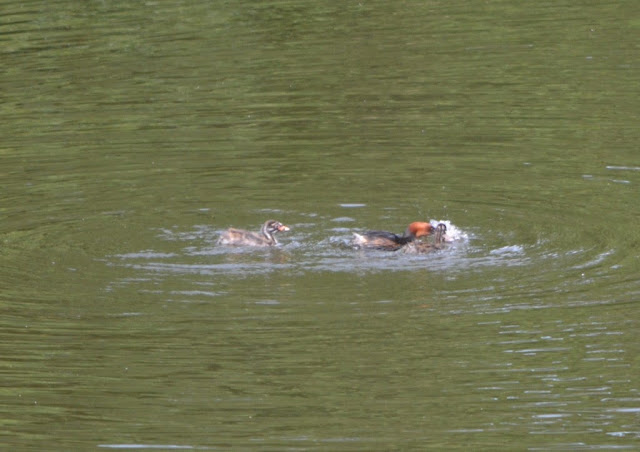 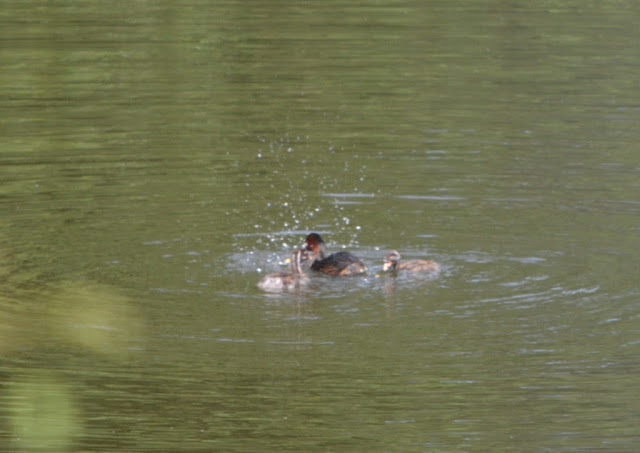 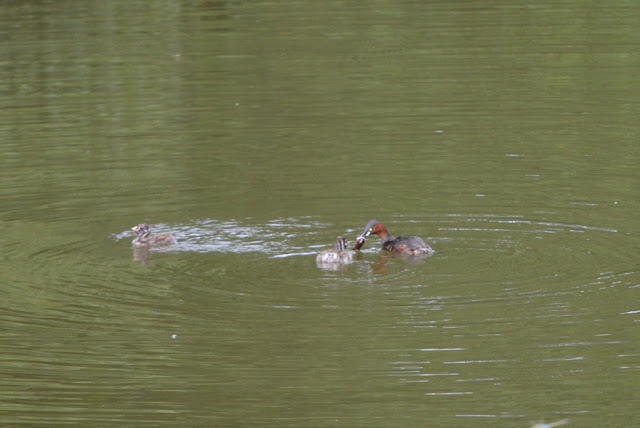 until it became claw-less and leg-less. 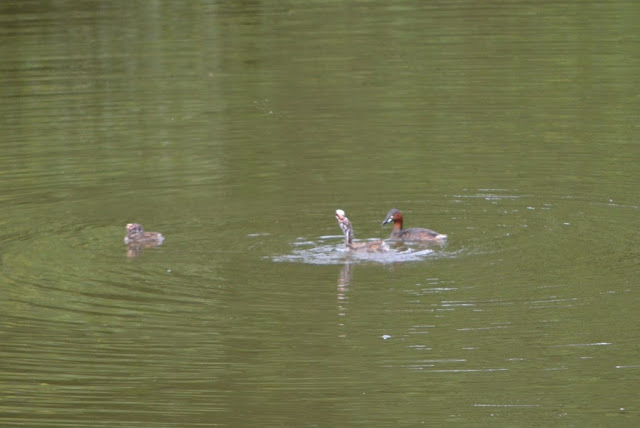 It didn't look so small for this tiny chick to swallow... 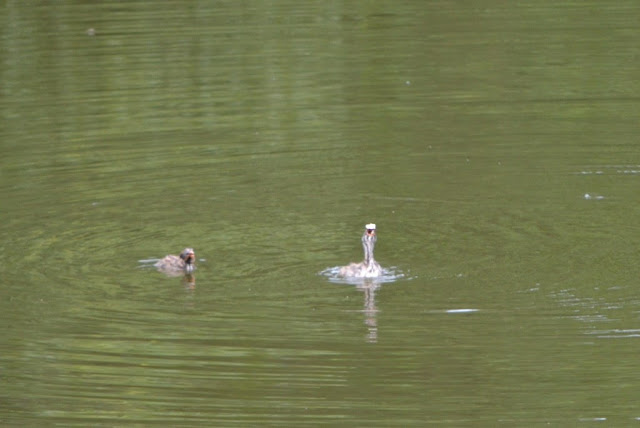 It took a while but finally it went down.

Both parents fed their chicks quite an amount of crayfish rather than fish, which is not what I expected. They have grown very quickly every day and we're sure it's going to be pretty soon that we can see the chicks dive and hunt for themselves. Can't wait!
at 19:35