Oh my God...
It was the hottest day ever recorded... why did we decide to go on a bird-watching walk on such a day!?

Anyway, we met other keen birders (very few, no surprise!) at the station and headed for the Gyotoku Bird Observatory. I didn't think I'd enjoy the walk at all because it was sooooo hot! But it turned out to be a very enjoyable half-day, thanks to the people who led the walk, who were very knowledgeable about not only birds but also insects and plants. 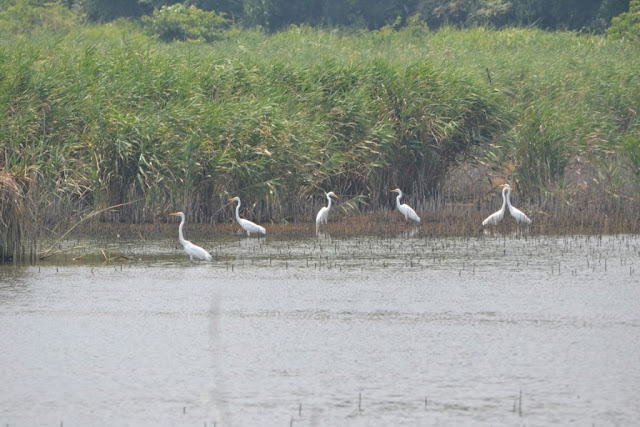 50 odd Great Egrets (Daisagiダイサギ) were seen all over the reserve. We were told that some of them bred in the north of Japan and have stopped here for re-fuelling on their way southwards.

The experienced birders spotted a couple of Intermediate Egrets (Chu-sagiチュウサギ) and they were our first I Egrets ever! (but no photo...) 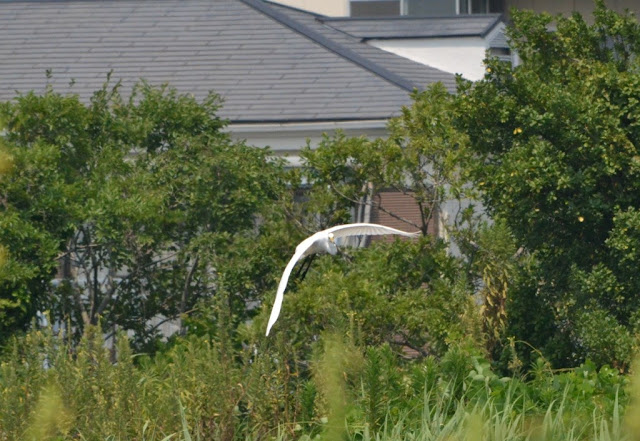 Lots of them were flying this way and that... 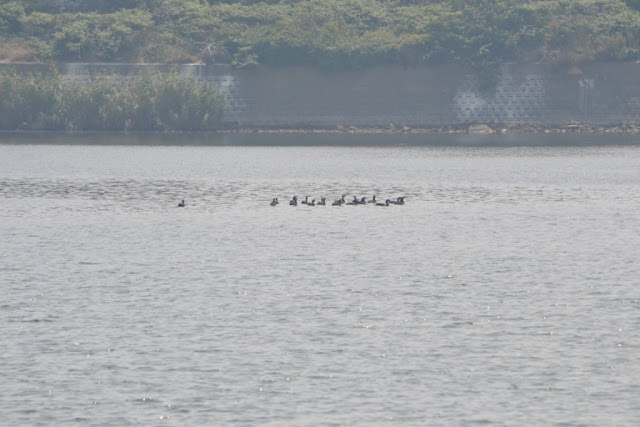 Gyotoku is kind of famous for its breeding Cormorants (Kawauカワウ) and their roost. Poor cormorants are not loved by everyone (or, rather, some people hate them) and many parks around the Bay have been working hard to get rid of them... The saltwater lake in Gyotoku is surrounded by thick woods and some 3000+ Cormorants breed and roost there. 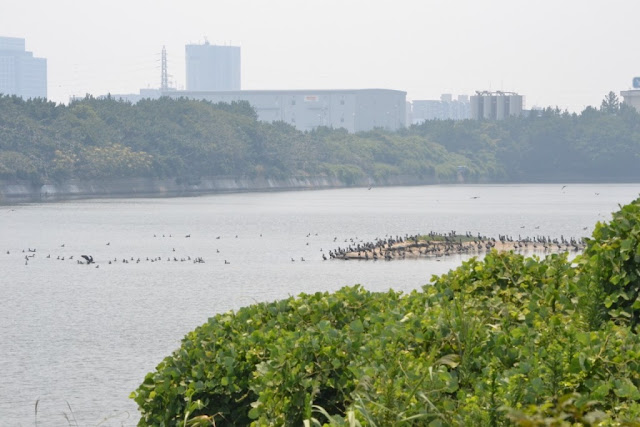 Why can't people share places with other creatures? A lot of Japanese people say (or believe) they live in harmony with nature and that they are animal lovers, but actually many of them only love fluffy, small animals and even haven't thought that there are other creatures around... 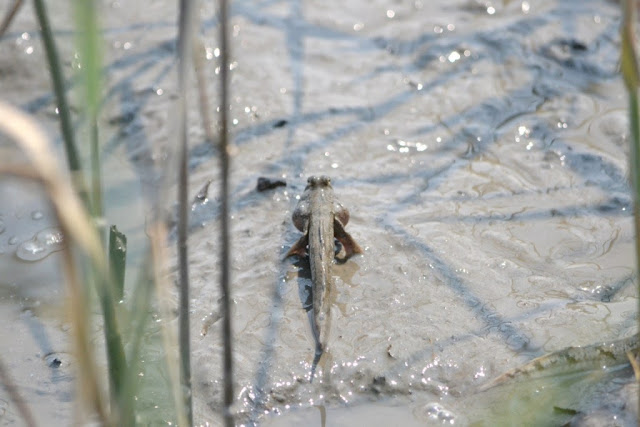 A species of Mudskipper (Tobihazeトビハゼ)
Loads of them were hopping on the mudflat:) 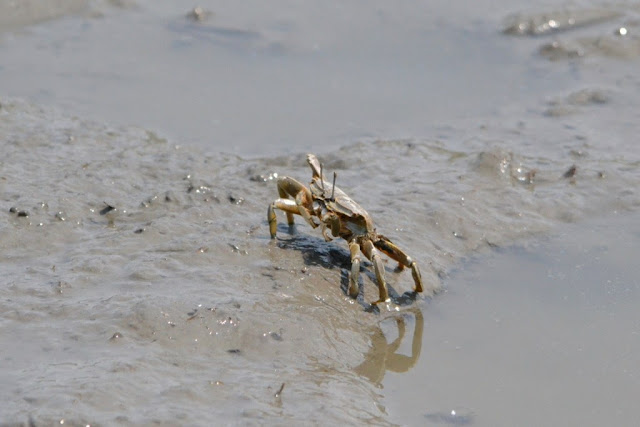 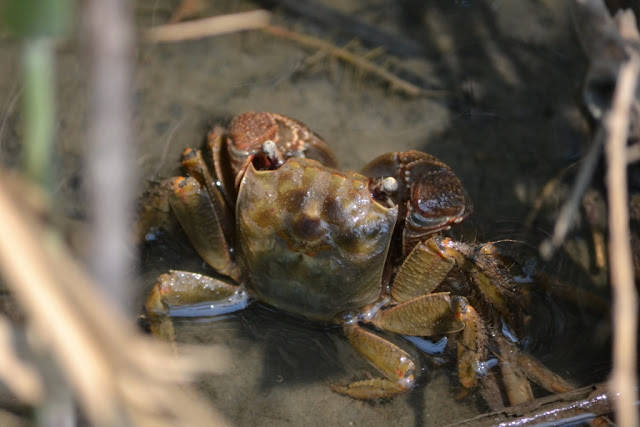 Some of them were quite big. 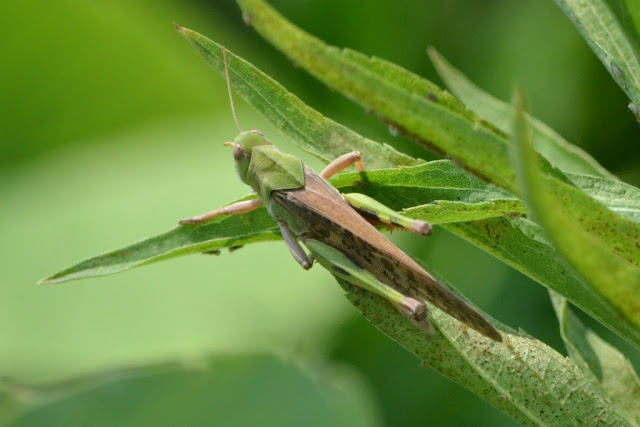 A huge grasshopper jumped out of our way.

Gyotoku Bird Observatory lies at the north end of Tokyo Bay. The whole bay area used to have different types of habitat for all sorts of creatures but sadly there's not a single square which has not been touched (destroyed in other words) by humans left. So some locals and conservationists started to keep some marshland and rebuild saltmarsh, mudflat, woodlands and a saltwater lake about 30 years ago. The staff and volunteers from the observatory still work very hard to keep the reserve, which used to be a natural landscape. The observatory also has a wild-bird hospital in it, which takes any sick or injured wild birds, from Ferrel Pigeons to Crows, to Gulls, to birds of prey. You can see the birds which have been treated and kept till they become ok.

It is an amazing place and worth a visit!


About the Observatory (in Japanese)
http://homepage2.nifty.com/suzugamo/top.html