Some migrant birds have started their journey back to their wintering sites and have started showing up around the Tokyo Bay area on their way back. 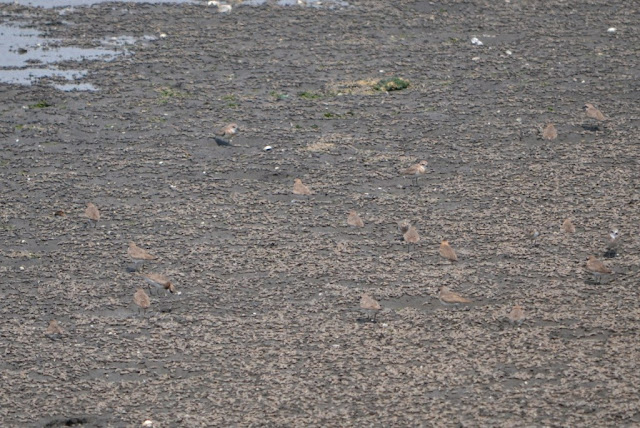 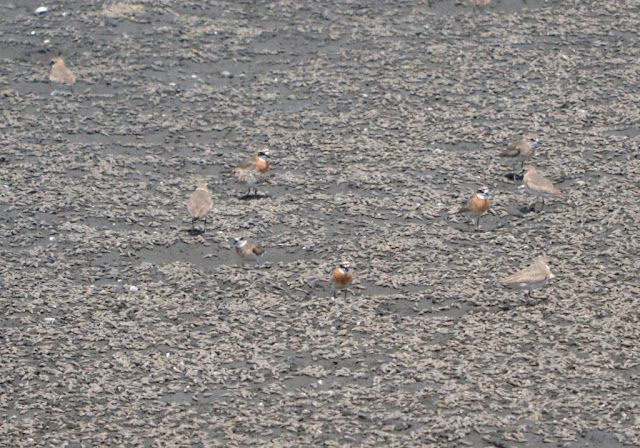 The adults in summer plumage have an orange-coloured breast and black eye-mask whereas the young ones are dull, beige-ish all over.

30 odd were together calling each other (quite loudly!), resting, preening and foraging. 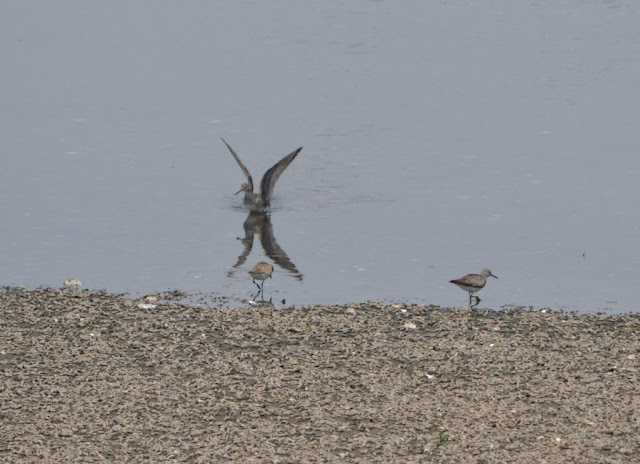 A good number of Grey-tailed Tattlers (Kiashishigiキアシシギ) were seen too. 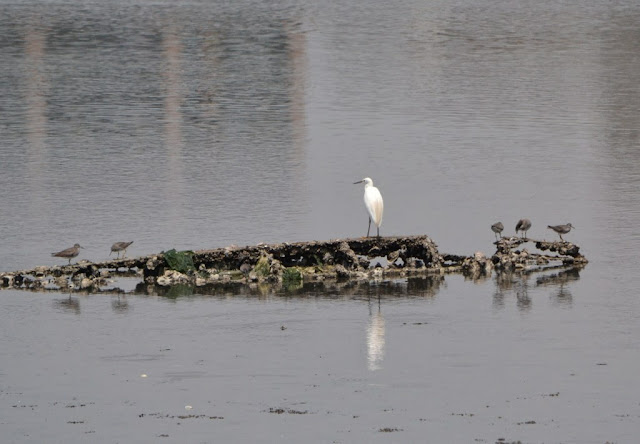 A Little Egret (Kosagiコサギ) and Grey-tailed Tattlers were resting on a small island. 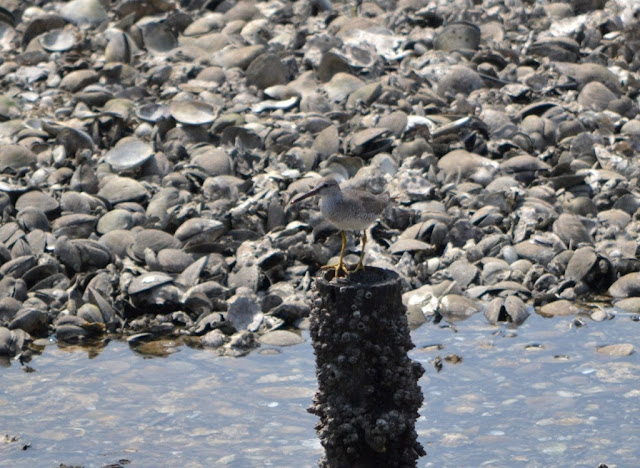 He landed on a pole very close to the bank where we were watching them. Hello! 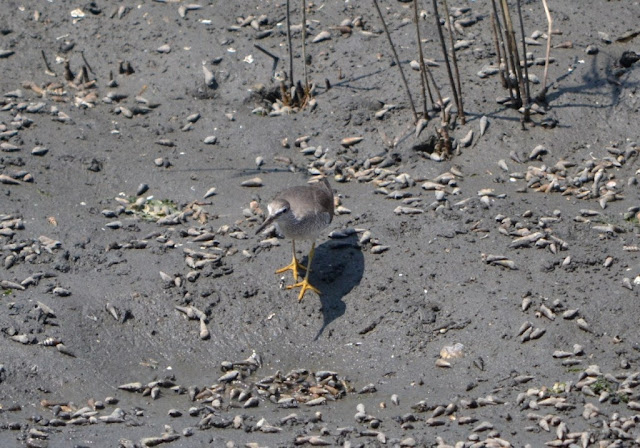 Their Japanese name 'Kiashishigi' means a yellow-legged wader, which is, well, understandable! 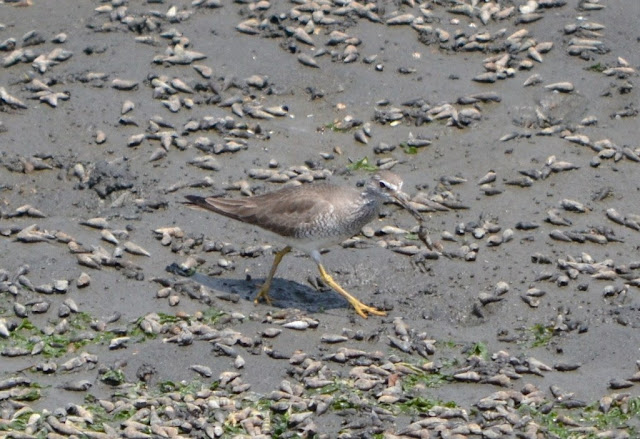 They were really active in the extreme heat. This one got some kind of whelk, which are numerous on the mud. 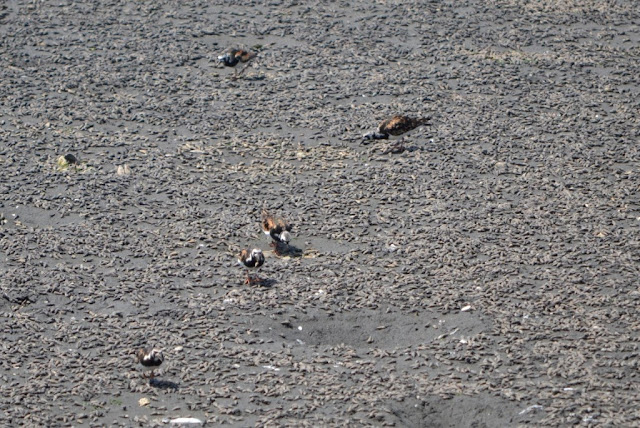 There were eight or nine Turnstones (Kyoujoshigiキョウジョシギ) in their colourful summer plumage too. 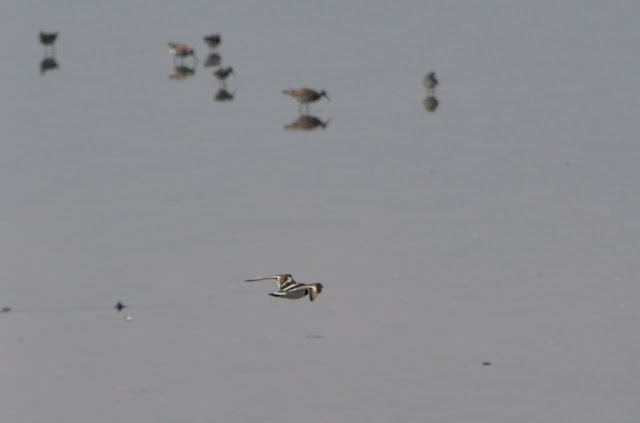 We'd like to learn how they look when they are in flight. This one is a Turnstone but it is not always easy to tell... or never easy, rather! 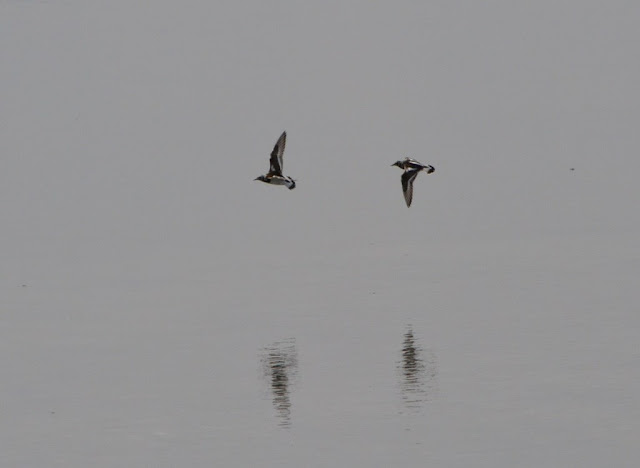 They are Turnstones too. 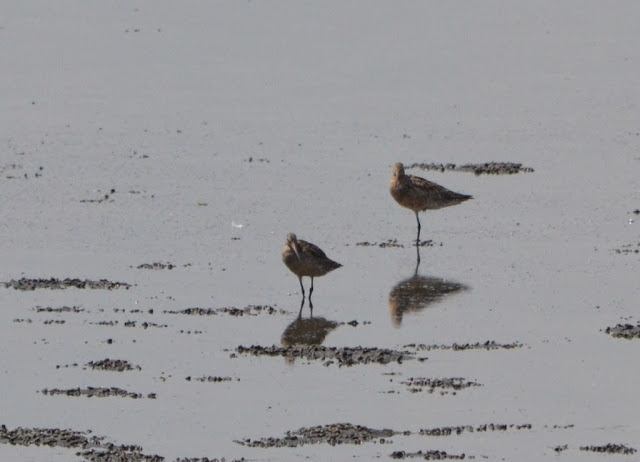 Further away, a couple of Bar-tailed Godwits (Oosorihashishigiオオソリハシシギ) were seen. They were first spotted by the rangers in the Yatsu Higata centre on 2th Aug this season. 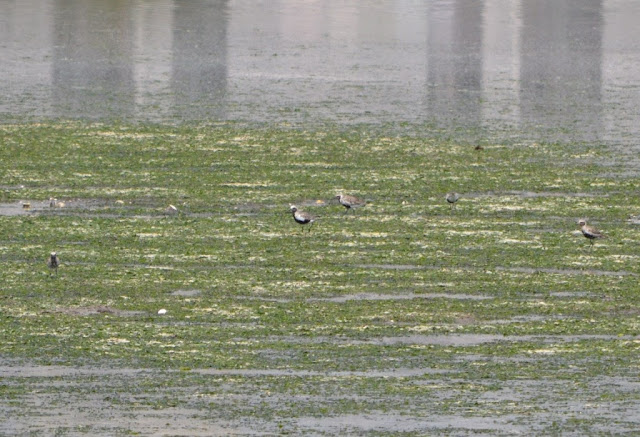 Even further off from the bank, quite a few Grey Plovers (Daizenダイゼン) were foraging. They didn't come near to the shore but we were able to see their lovely summer plumage through our bins.