The juvenile Grey Heron (Aosagiアオサギ), which was on the previous page, was clearly practicing hunting but... 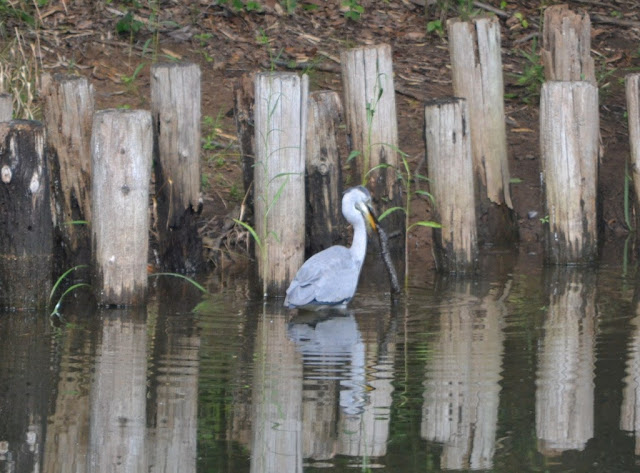 ooops!
It's just a twig!lol 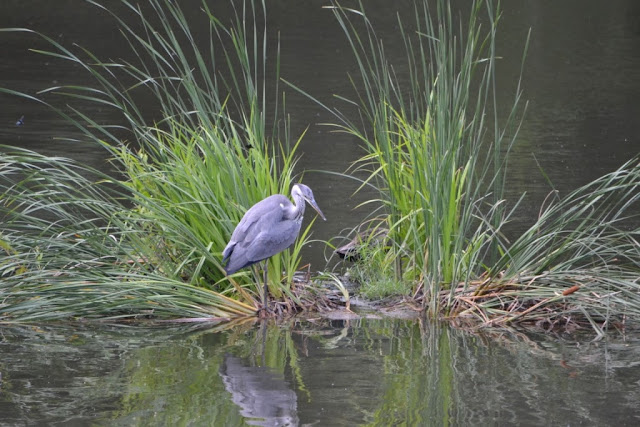 He couldn't stay still like grown-ups. He walked quite quickly alongside the edge of the lake, then flew to the other side, surprising a Spot-billed Duck (Karugamoカルガモ) having a rest on the little island. He flew again in a circle over the lake and landed deep in the reeds... How long did he stay there... we didn't know but not for long for sure:) 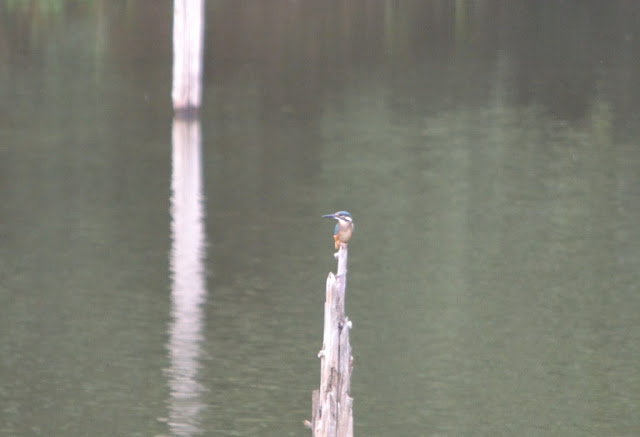 A juvenile Kingfisher (Kawasemiカワセミ) was seen too. 2 juveniles have been spotted recently around the lake. Presumably they will practice hunting just like the Grey Heron. 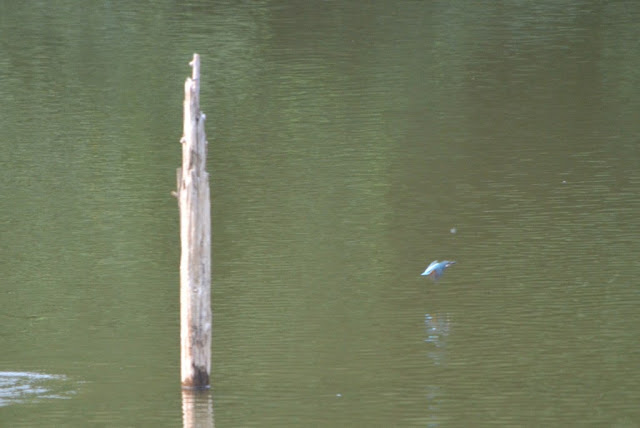 He dived down to the surface and splash!!! but no gain... 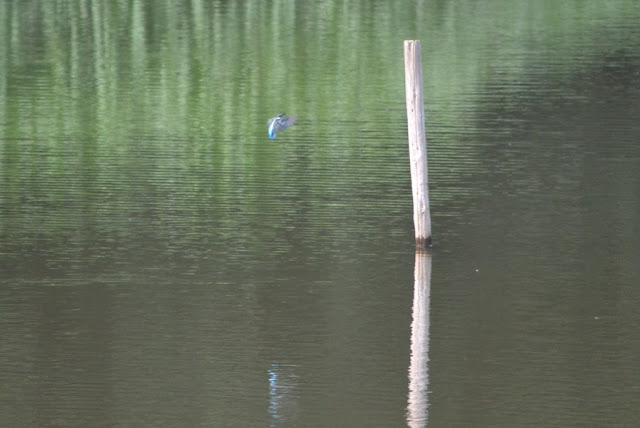 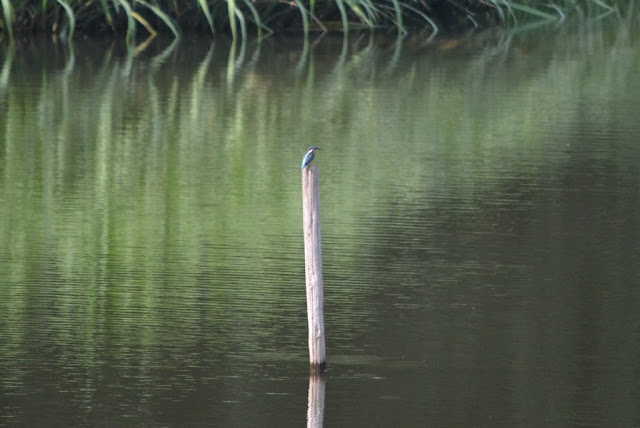 No fish was in his beak. 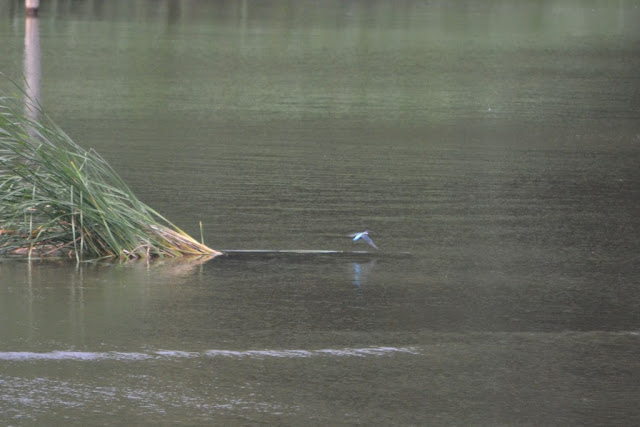 Off he went again! 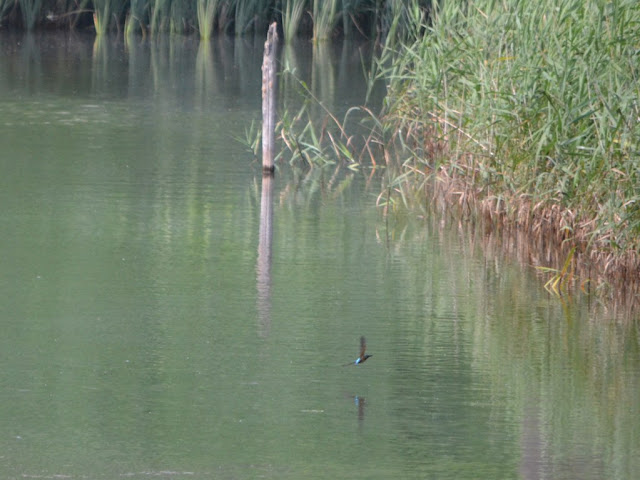 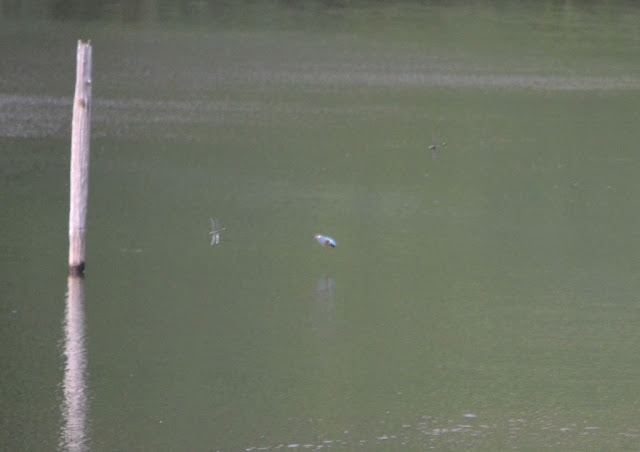 He was skimming over the lake, zigzagging, then flew off into the woods...

There are not many seen in the ecology park at the moment, but it is so nice to see the young ones here and there.

In the main park, we saw another young Grey Heron. 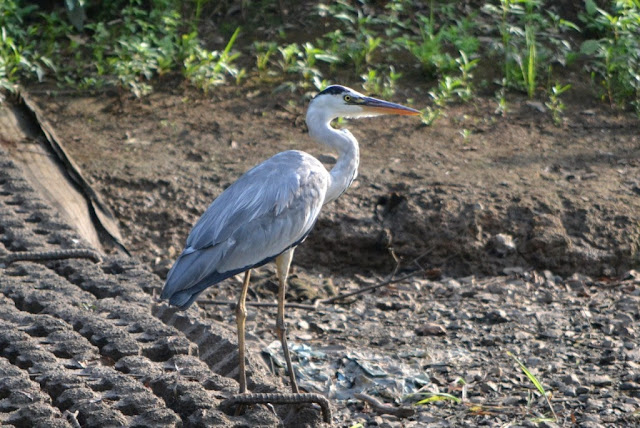 Adult Grey Herons would fly off when they spot human beings coming closer towards them but this one was watching us but just walked 3 steps away from us. 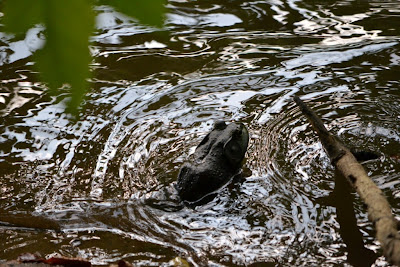 The heads of American Bullfrogs (Ushigaeruウシガエル) were popping out and in along the shore of the lake. Some of them were making really loud noises. 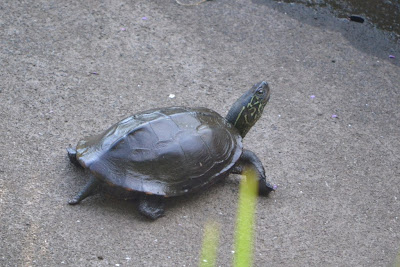 A Reeve's Pond Turtle (Kusagameクサガメ) was warming himself up on the shore. 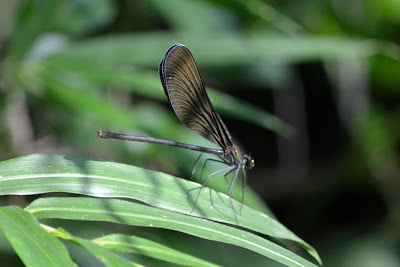 A Cho-tombo (チョウトンボ:no English name found) was resting for a moment on a blade of grass. So many dragonflies and damselflies were busy flying over the damp area but it is too hard to take photos of them flying...
at 19:13

Email ThisBlogThis!Share to TwitterShare to FacebookShare to Pinterest
Location: Aoba no Mori Koen