When we got to Yatsu Higata, the tide was so low that the birds were scattered all over the mudflat. The easiest to spot were large Grey Herons (Aosagiアオサギ), Great Egrets (Daisagiダイサギ)... 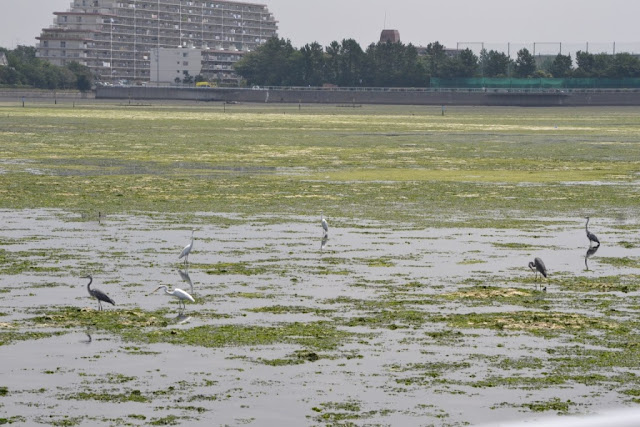 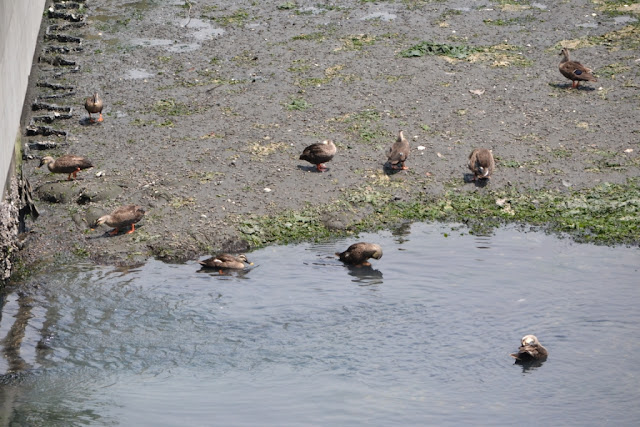 They were seen in the lake by the observation centre too. 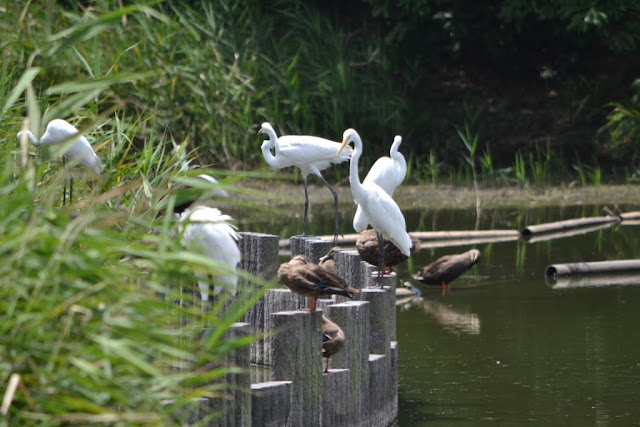 This freshwater lake is next to the building, which has a huge window facing the water, and we can observe birds, turtles and dragonflies right in front of us. 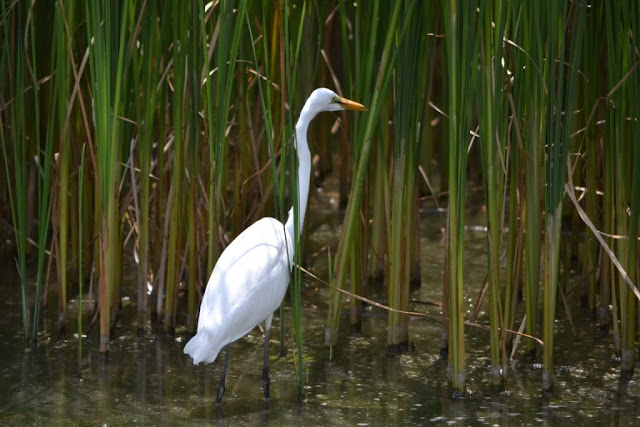 A Great Egret was patient and... 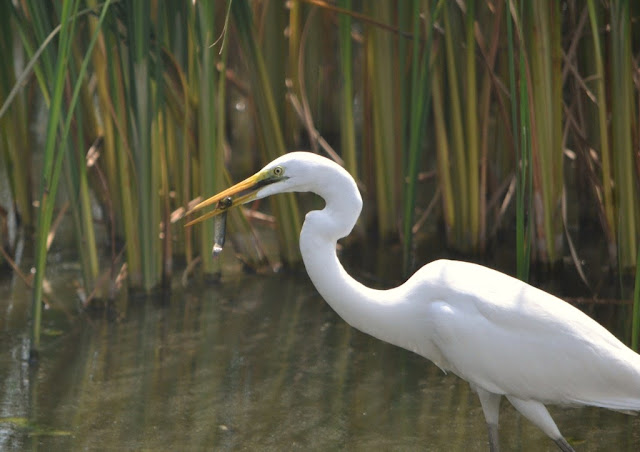 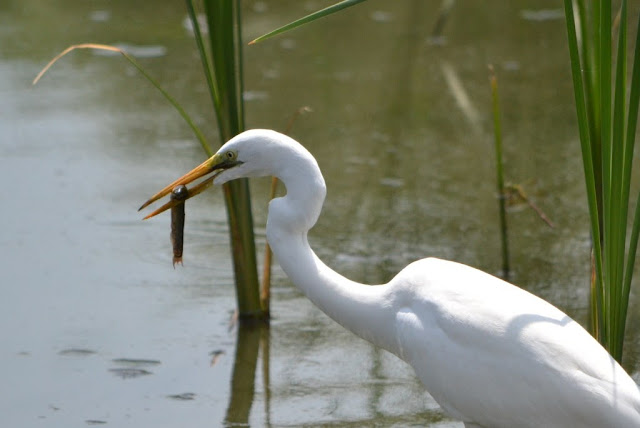 But the fish was too wiggly to swallow easily... 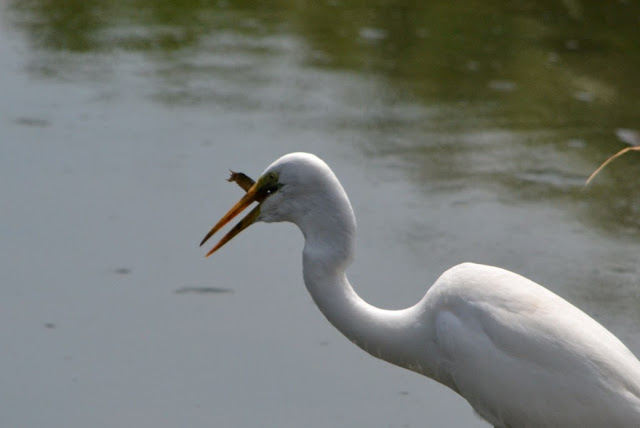 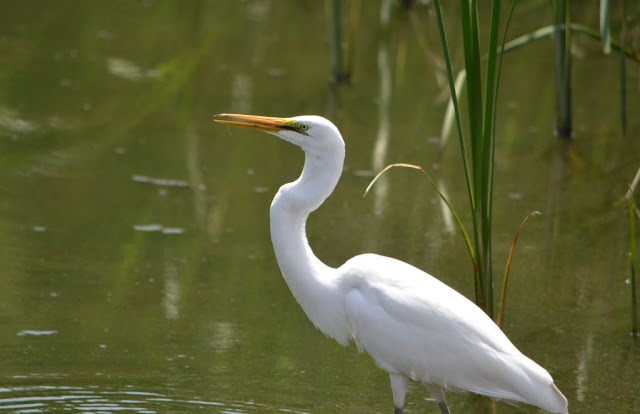 Phew! At long last!
I thought, with his long and strong looking beak, he would eat any small fish in one gulp in a second but actually it took him about a couple of minutes to swallow this tiny fish! (Everyone who was watching him seemed to be thinking the same!) Interesting! 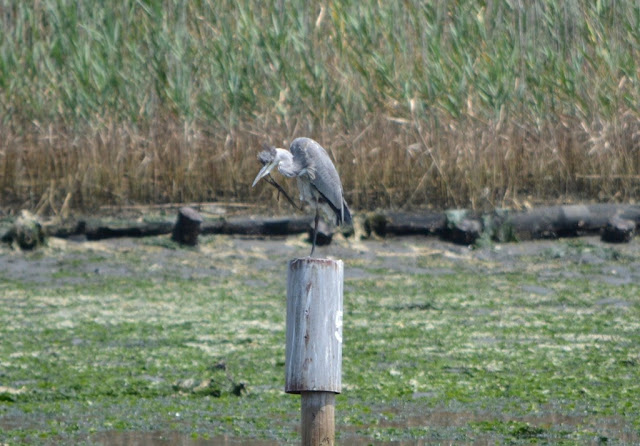 I have an itch! A juvenile Grey Heron was scratching his head:)
Really funny when they do that! 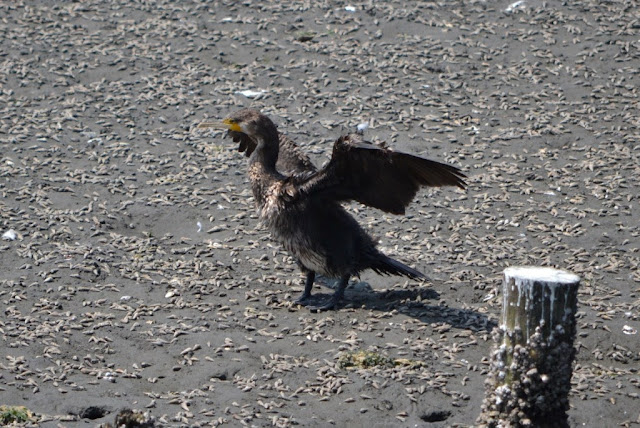 A young Cormorant (Kawauカワウ) was drying his feathers just like an adult:) His wings looked a bit smaller than grown-ups? 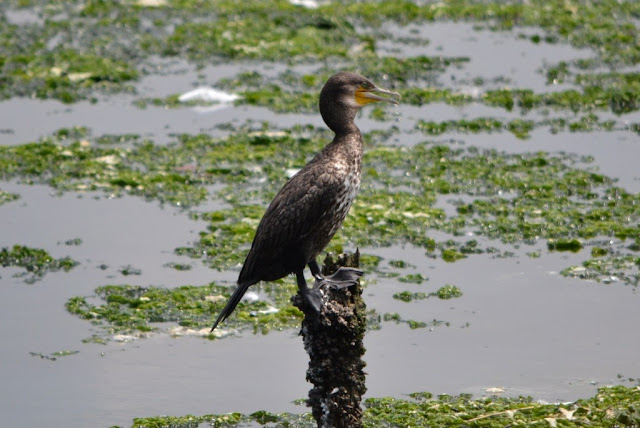 Another juvenile Cormorant was panting as he was resting on a pole. Poor thing! 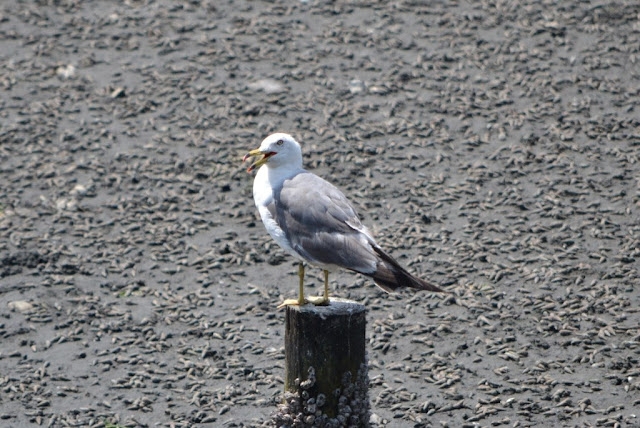 Not only Cormorants were panting! A Black-tailed Gull (Uminekoウミネコ) was panting too:) 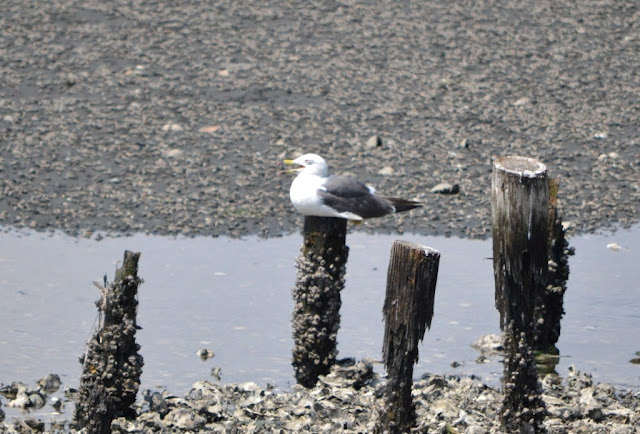 This one looked like he was suffering a lot with his eyes shut! Arrrrgh! 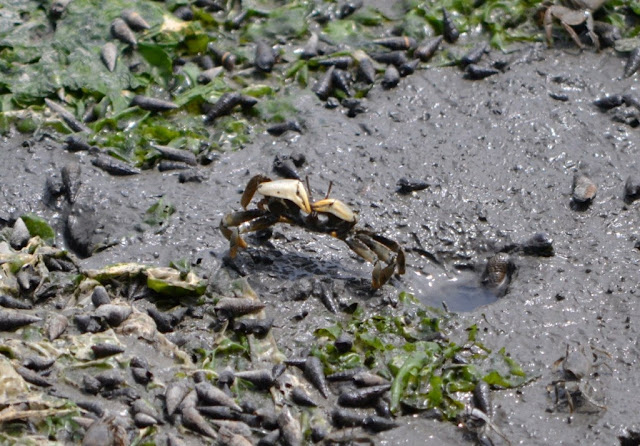 On the mud, crabs were everywhere. You wouldn't notice until spotting one, then, you'd realise a carpet of them! 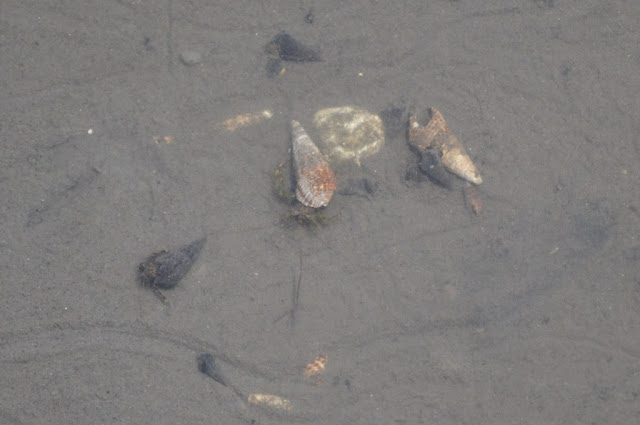 In the shallow water, hermit crabs were hurrying this way and that...
It is a fun place just to look at any metre-square patch.

When you actually enter the observation centre, you have to pay 300 yen for an adult or 150 yen for senior citizens (over 65) but you can walk all along the bank for free.