We went to check if the owl was still there but we had no luck, although the local people said they'd heard him/her call that morning. Anyway, we moved to Chiba Koen where the lotus flowers were in full bloom. 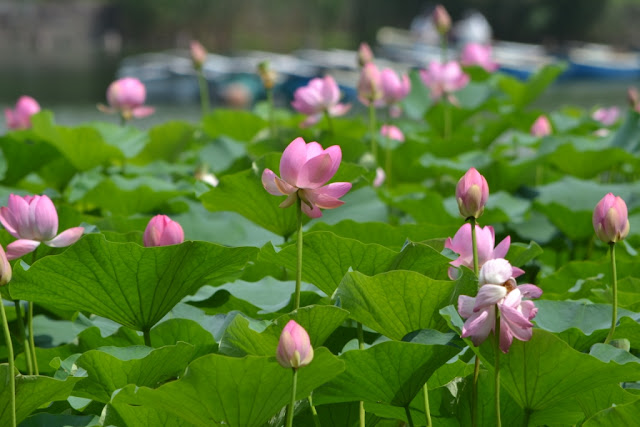 Lots of Barn Swallows (Tsubameツバメ) were flying around the lake, eating and drinking. We found these odd ones on the ground where some kids were practicing baseball... 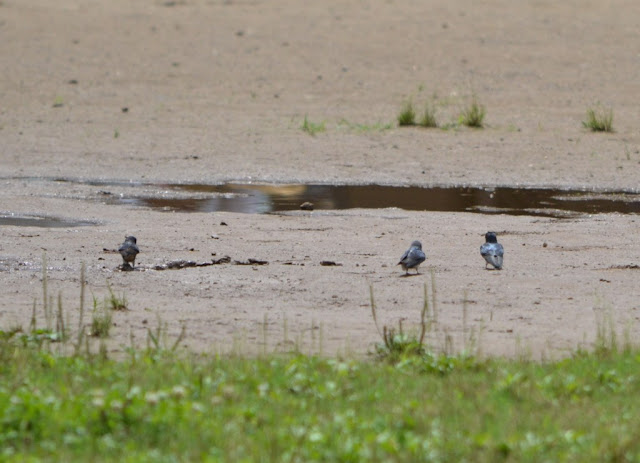 We thought at first glance they were collecting mud to repair their nests or drinking water from the puddle, but actually- 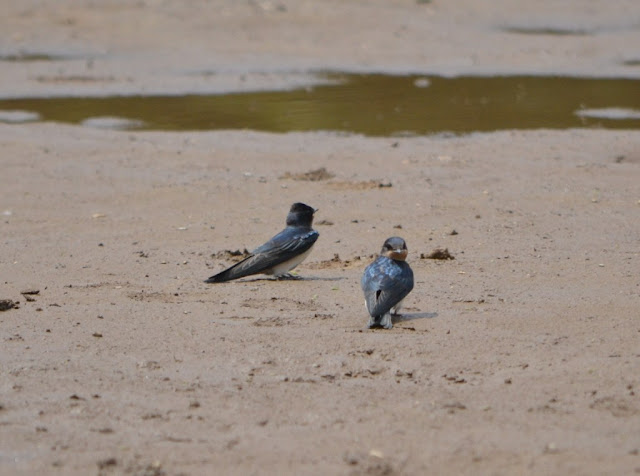 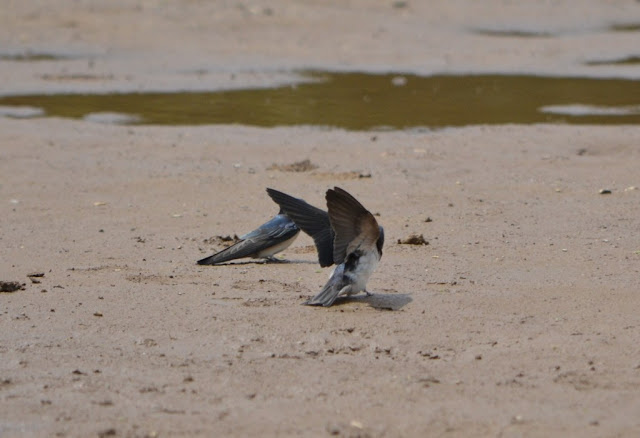 he heard his mum approaching... 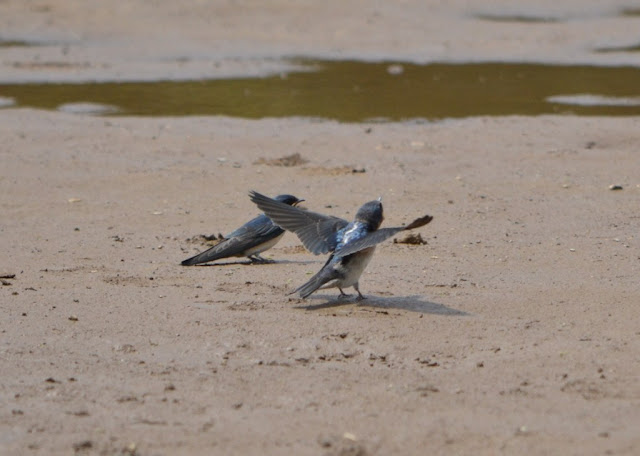 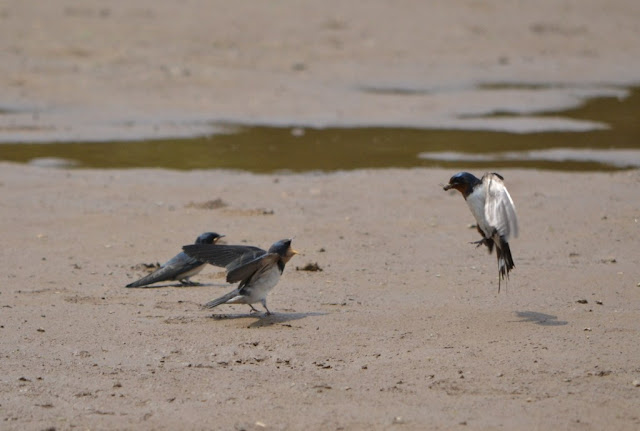 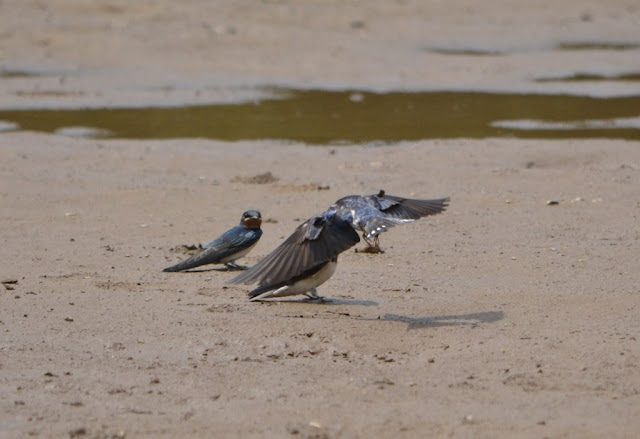 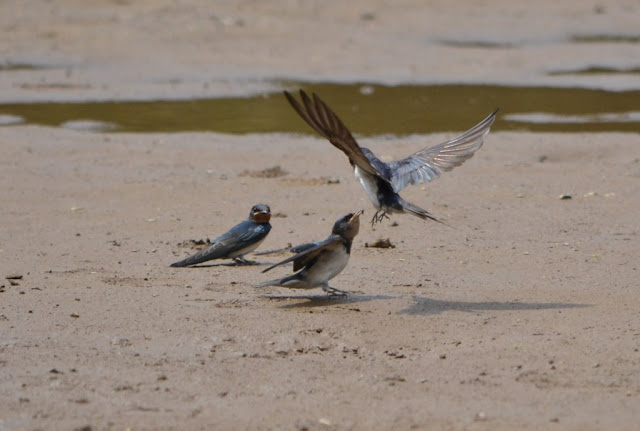 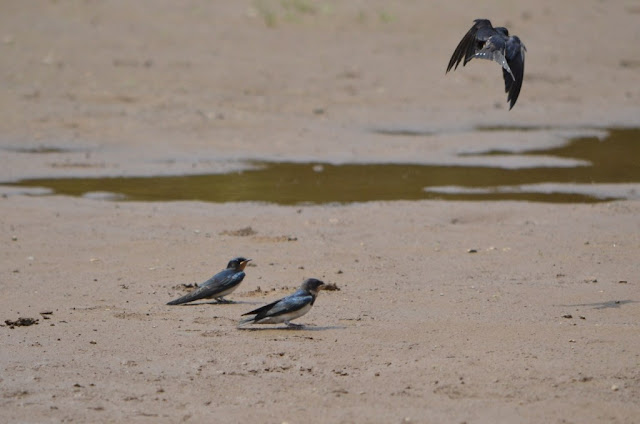 The adult didn't land at all while feeding the young. Absolutely amazing!

The one who got the food seemed determined to stay there. Even after his brother flew off when a man with a dog was coming quite close, he was still on the same spot. 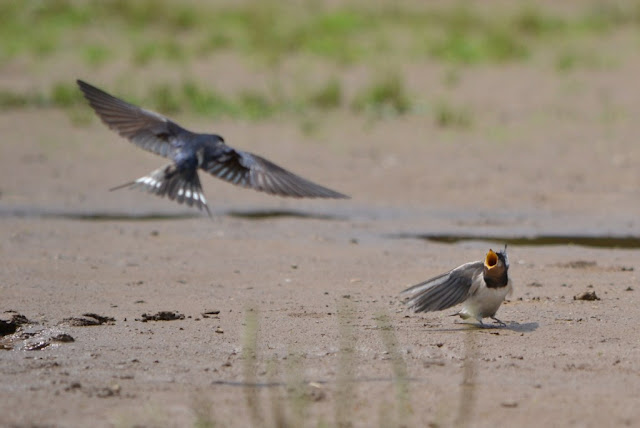 Probably it was worth it.

We do hope the young ones will grow fast and be ready for their first long journey to their wintering grounds.

About Chiba Koen (Japanese)
http://www.city.chiba.jp/toshi/koenryokuchi/kanri/chuo-inage/chibakouen.html
at 20:00