A Great Egret (Daisagiダイサギ) landed on the edge of the lake when we were about to have lunch. I sneaked behind a tree and took some photos of him:) 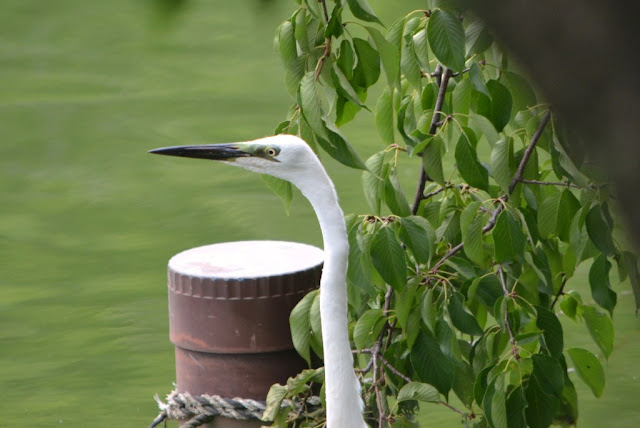 Great Egrets are a rather large bird so I had to step backwards to get his full figure in. 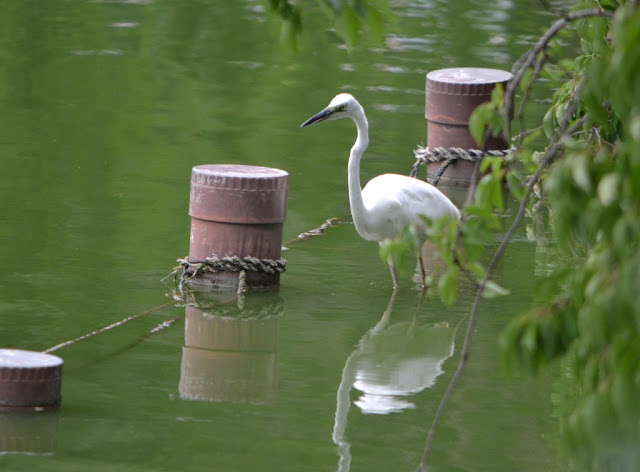 He'd successfully been hunting a couple of little fish until a little girl surprised him... 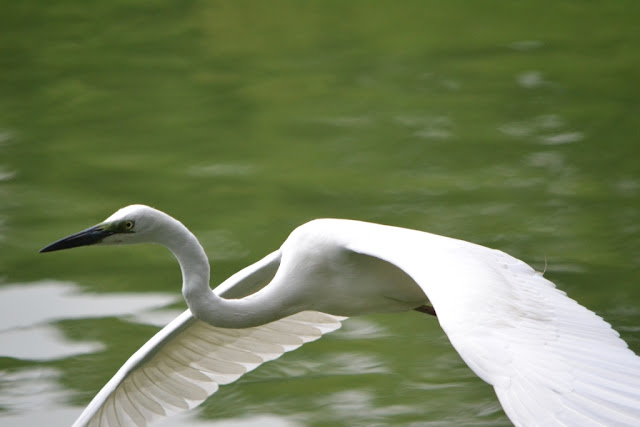 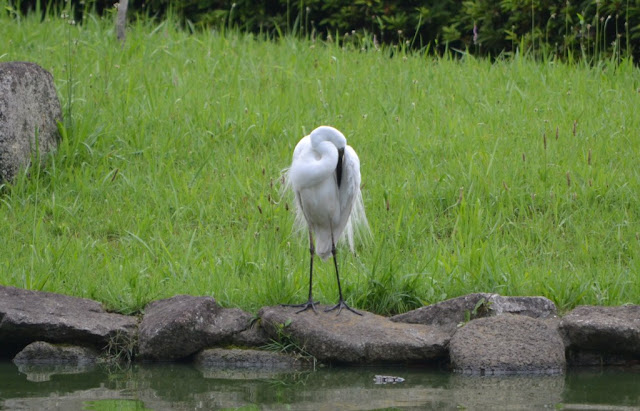 and landed on an island then started preening.

But the peaceful moment didn't last long because a pair of Azure-winged Magpies started screaming in a tree near us. 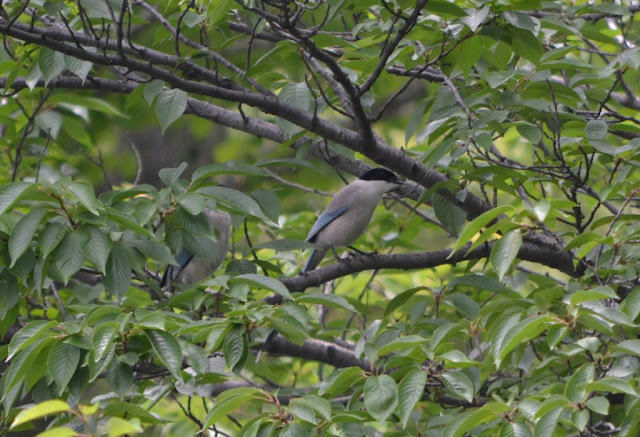 They were really agitated and we could see him puffed up! 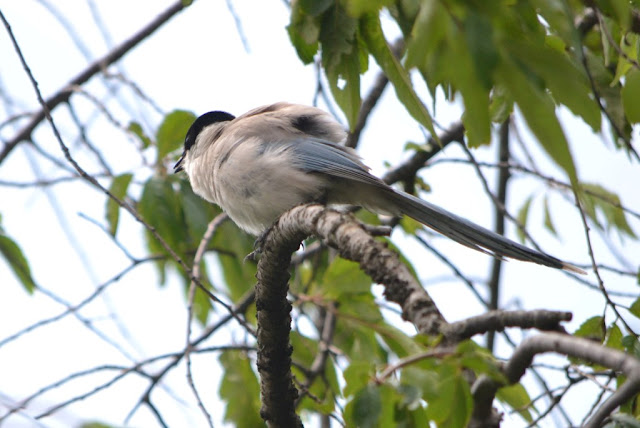 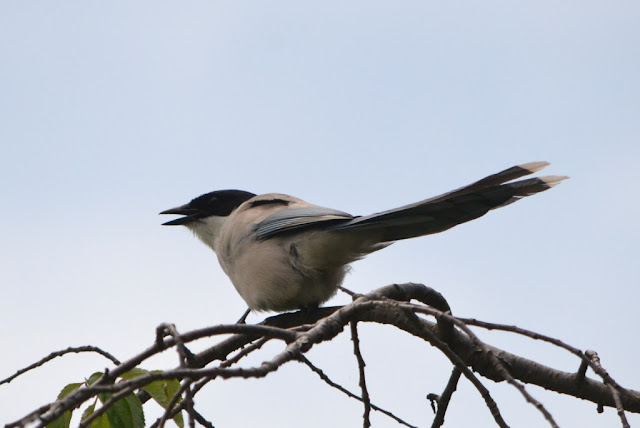 Actually, they were angry at a crow family which landed in that tree. Maybe the magpies had their nest in the tree? A Thick-billed Crow (Hashibutokarasuハシブトカラス) adult on the left and his/her young.

The pair of magpies seemed rather determined to get rid of the crow family, which finally flew into another tree. The magpies won! 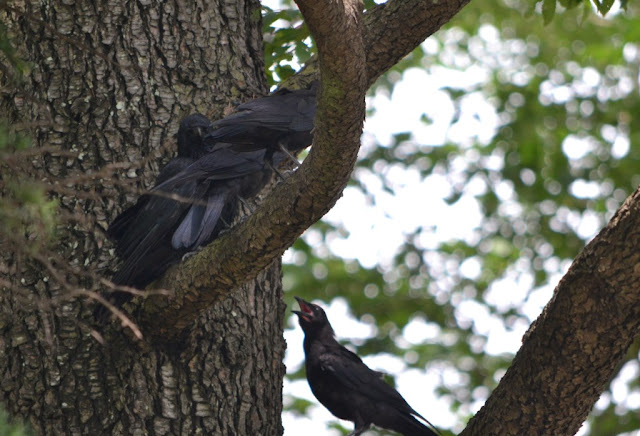 The crow family with 4 fledglings:) 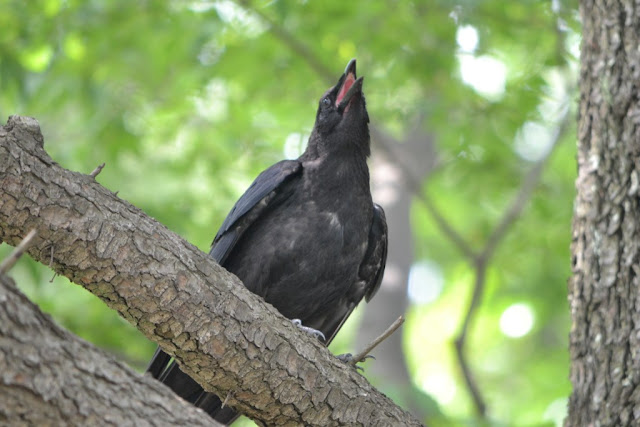 One of the fledglings was making a 'caw caw' call but it didn't sound quite right yet:) Nor did he have a thick bill like his mummy. 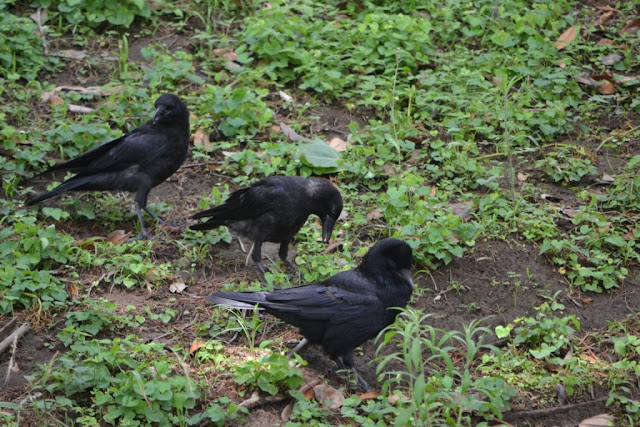 The young ones were following their mum/dad closely but I think they'd reached the point where they had to find their own food because their mum/dad didn't seem to give them any food, but maybe the adult was showing the youngsters how to find food? who knows. 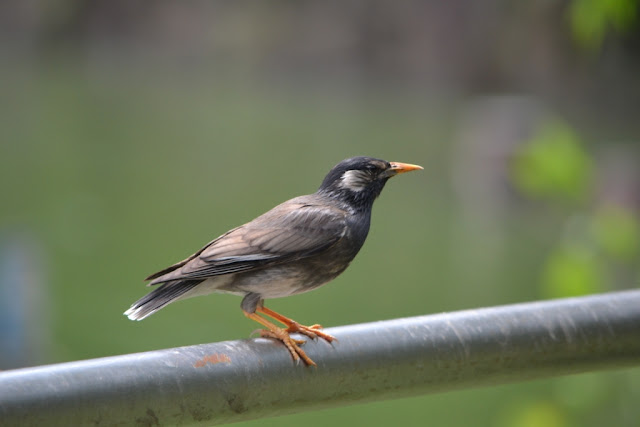 A Grey Starling (Mukudoriムクドリ) landed on a fence and instantly flew off. 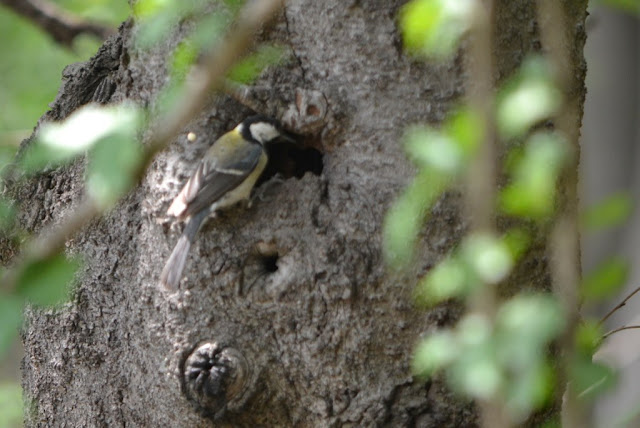 An Eastern Great Tit (Shijuukaraシジュウカラ) was busy feeding his chicks in the nest. We could hear the chicks calling from the hole really clearly:)

The walk in Chiba Koen was a very pleasant one. 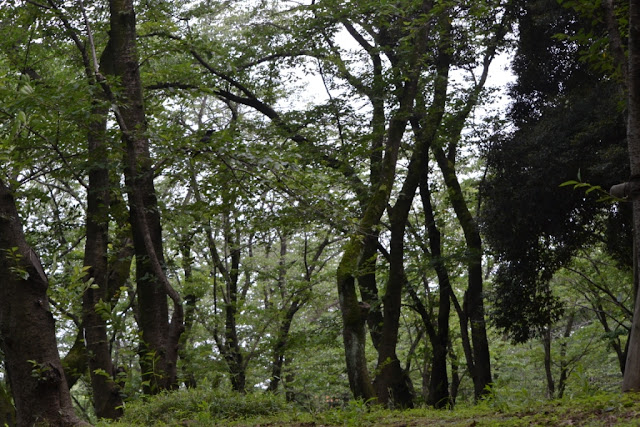