Now is the best time to see fluffy little fledglings:) even though the weather is not welcoming... (either rainy or too hot!) 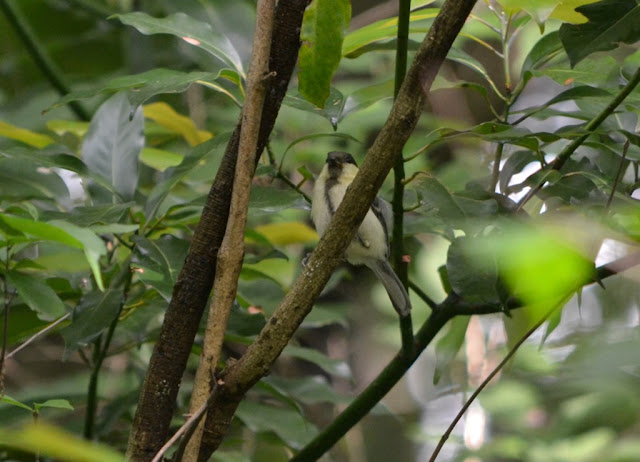 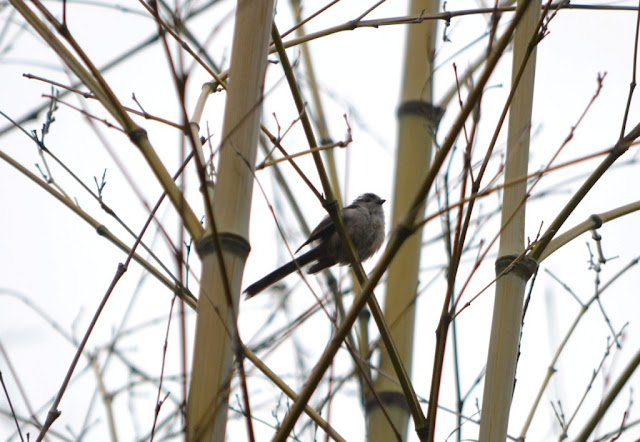 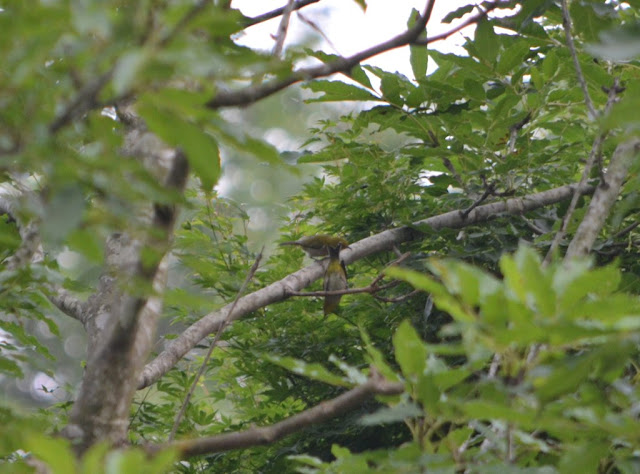 We came across large mixed flocks of Eastern Great Tits and Japanese White-eyes a couple of times so we presume that they stay together foraging in the woods when the young ones are still with their parents. 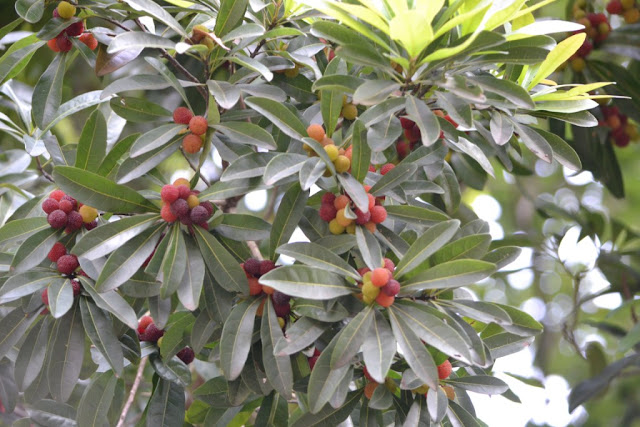 Japanese Bayberries (Yamamomoヤマモモ) are in season:) 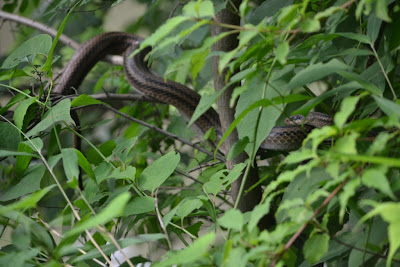 A looooong Japanese Rat Snake (Aodaishouアオダイショウ) was resting by the lake... 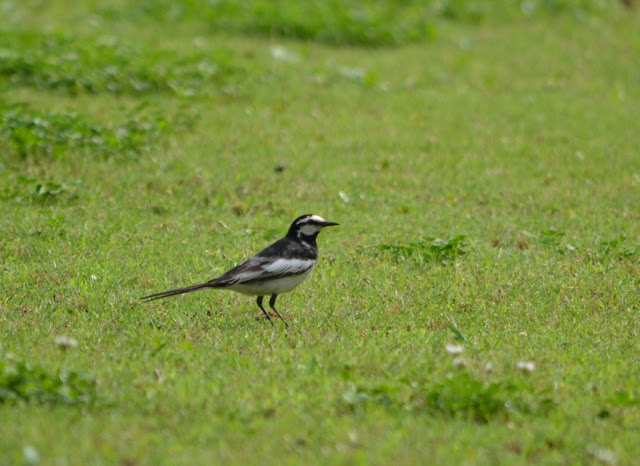 A White Wagtail (Hakusekireiハクセキレイ) was collecting insects, possibly for her young. 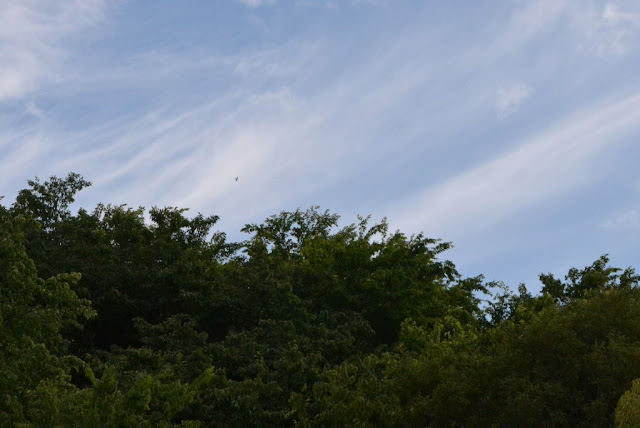