Chiba (not the Chiba-city but the prefecture) is rather large and it's got an urban area which is like a band along the JR Sobu-line from Tokyo to Chiba. The rest of Chiba is ... quite different.

We were off to Ichihara Shimin no Mori on a local train called 'Kominato Tetsudo (Kominato Railway)'. 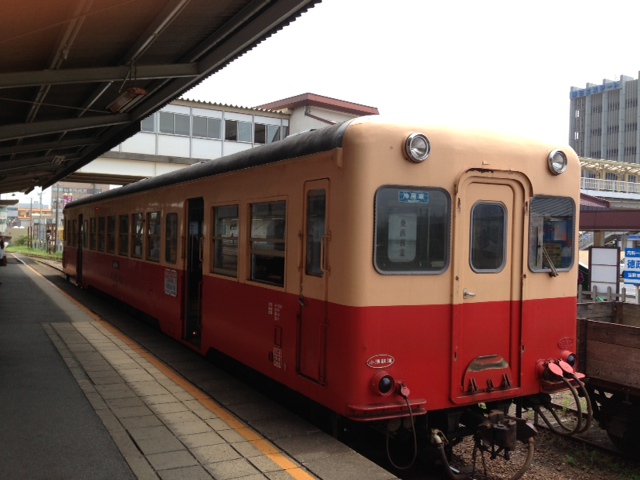 Only the one carriage!!! This line goes from Goi to Kazusa-nakano along the Yoro Valley in the middle of Boso Peninsula.

We got off at the Tsukizaki station and the view was like this... 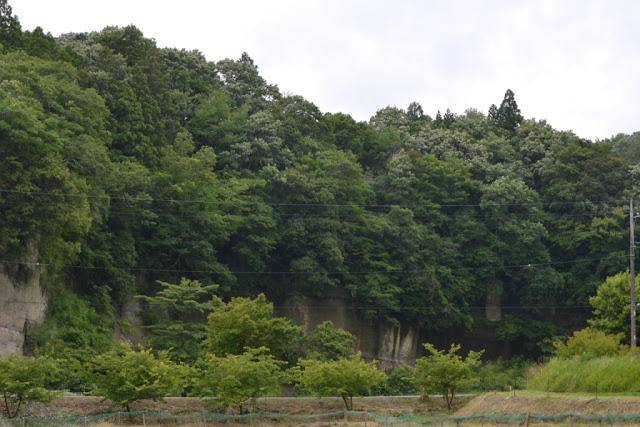 Woods, rice fields, hills and a couple of houses...
It's hard to believe that this place is only 30 miles away from central Chiba, although it took us an hour on that little train:)

We heard at least 4 Japanese Bush Warblers (Uguisuウグイス) singing from every direction, but we weren't able to see any of them as usual... little buggers! Then, another song was coming from the top of a tree, which neither of us had ever heard before. 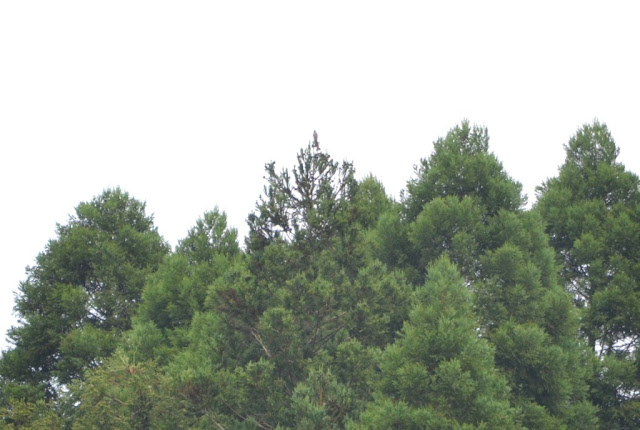 It was from a Lesser Cuckoo (Hototogisuホトトギス) - people say they sing like 'tok kyo kyo ka kyok!' He was singing while flying over the canopy quite close to us. It was our first encounter so we were so chuffed!

The Lesser Cuckoos' most common host nests in Japan are Japanese Bush Warblers,' which makes sense as we heard plenty of both species. 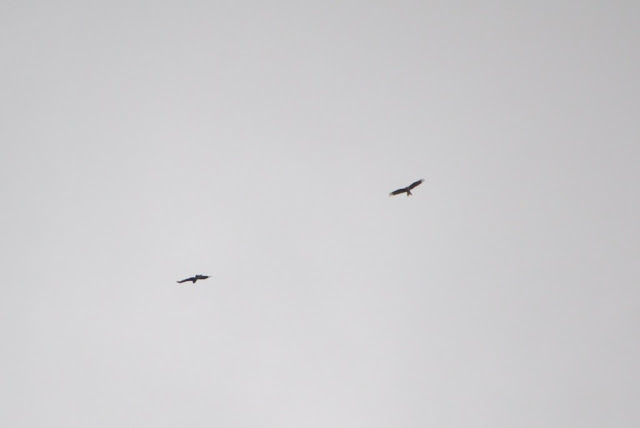 Three Black Kites (Tobiトビ) were circling above us:) and being mobbed by brave Barn Swallows (Tsubameツバメ):)

A shop by the Tsukizaki station had boards just below its eaves to support swallows' nests, which made us feel really happy. The swallows have been dramatically in decline but we saw a dozen or more swallows flying around the station. 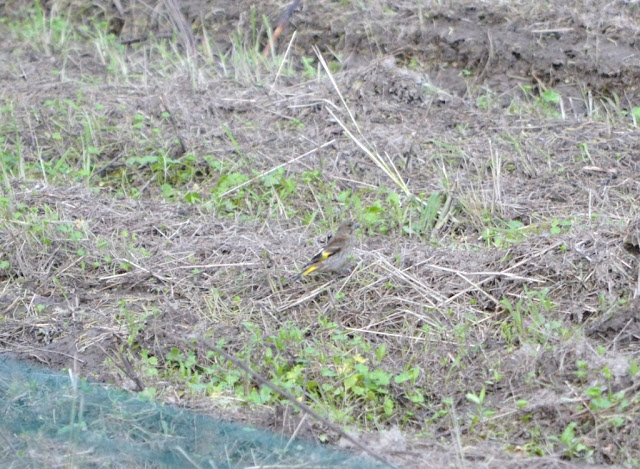 A large flock of Oriental Greenfinches (Kawarahiwaカワラヒワ) were foraging on a field, which looked recently harvested. They must have been families with young ones, picking seeds of some sort in the stubble. 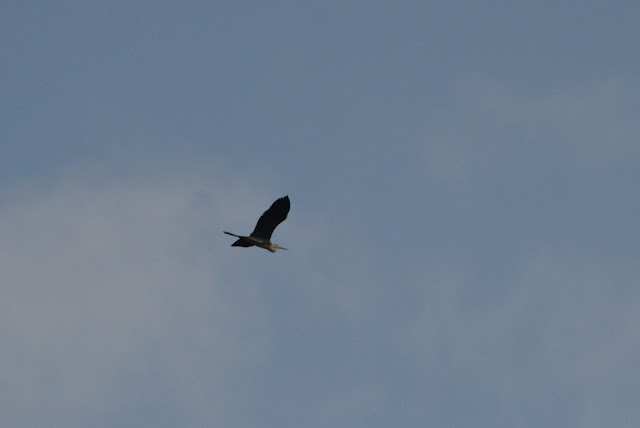 Grey Herons (Aosagiアオサギ) were hunting in the rice fields.

We had to walk for about a kilometre or so from the station to Ichihara Shimin no Mori and on the path through the rice fields there was lots to see:) 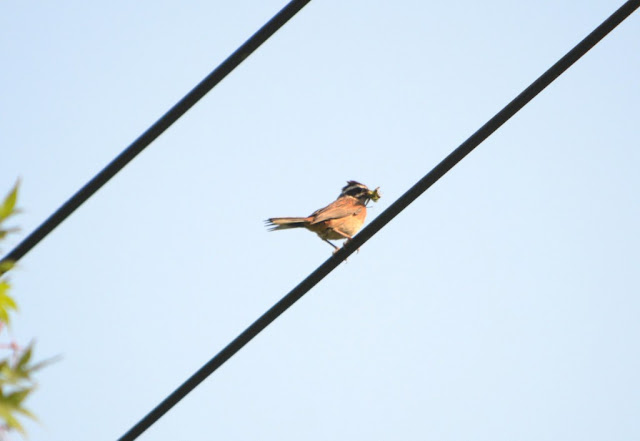 Our first Meadow Bunting (Hoojiroホオジロ) was calling while holding insects in his beak. There might have been fledglings around that area and he was calling to them? Pretty daddy:) 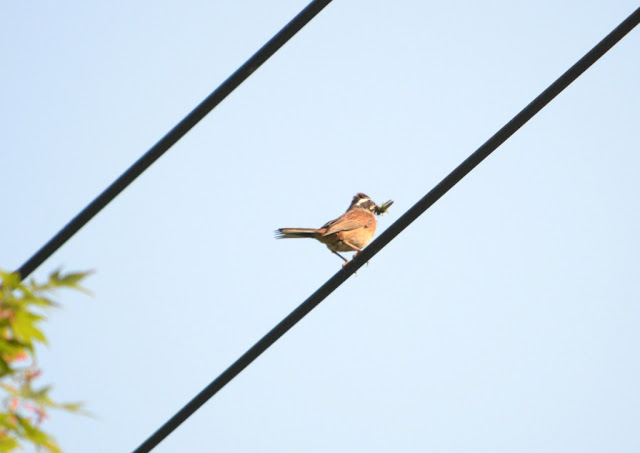 He had a long tail and distinctive white brows.

In the actual wood, we hoped to see Japanese Paradise Flycatchers (Sanko-choサンコウチョウ) but we had no luck. We heard Lesser Cuckoos again and our first Blue-and-white Flycatcher (Ooruriオオルリ) singing but unfortunately (for us!) the trees in the wood were so thick with leaves and so tall that we couldn't spot him. Oh well, that's what birding is all about. 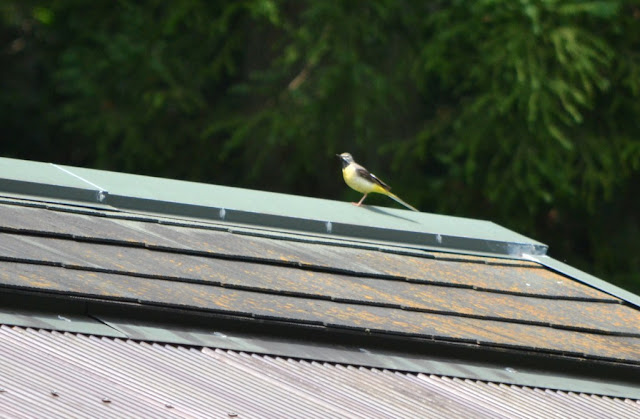 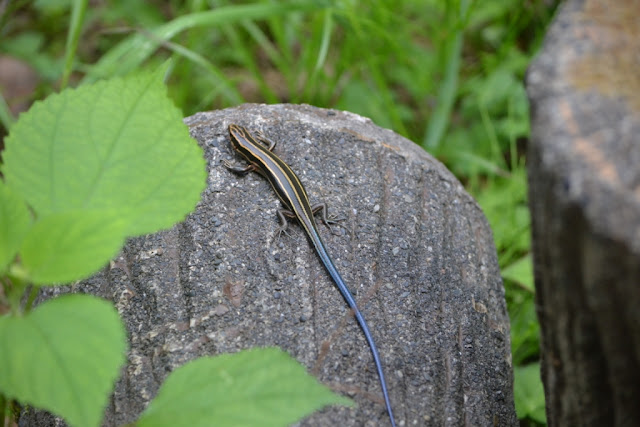 Dragonflies, butterflies, beetles, grasshoppers, spiders, fish and tadpoles were everywhere in that area and we do hope this kind of habitat will be kept and managed well for the future generations.

About Ichihara Shimin no Mori (in Japanese)
http://www.ichihara-forest.jp/

and Kominato Railway (in Japanese)
http://www.kominato.co.jp/
at 19:50