We went on a birding walk organised by the WBSJ in Funabashi Sanbanse Kaihin Koen (usually just known as "Sanbanse") hoping to see some Little Terns (Koajisashiコアジサシ). Luck was with us this time! 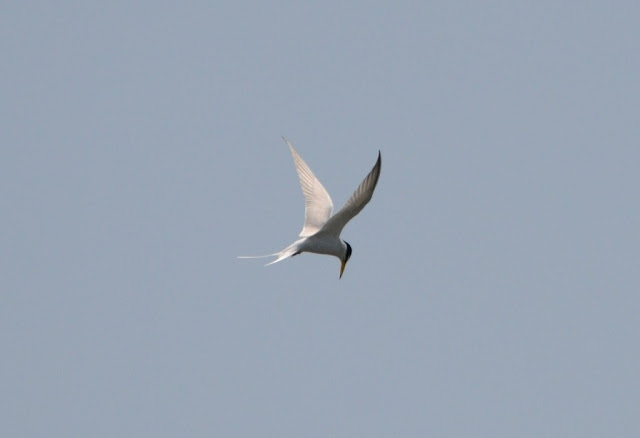 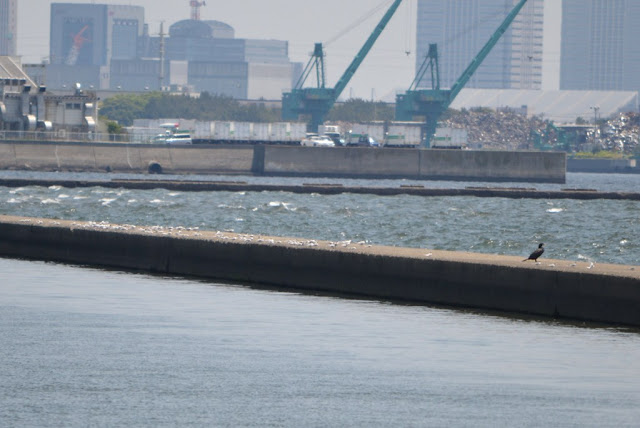 It was high tide and there was no room for anything but people enjoying their day on the beach so most birds were resting on a pier far away from disturbance. (We wished we could have been with them...) Common Terns (Ajisashiアジサシ) were seen among the Little Terns. 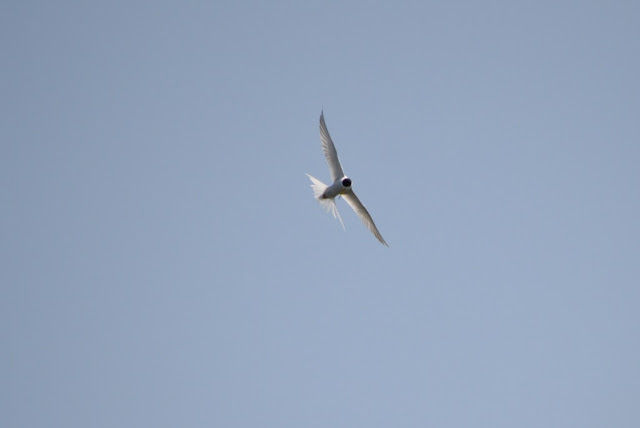 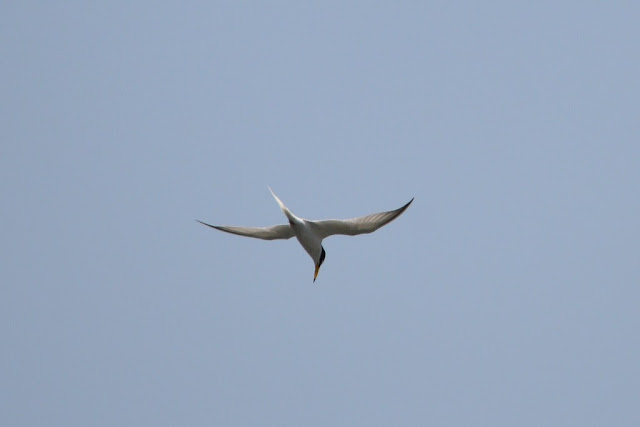 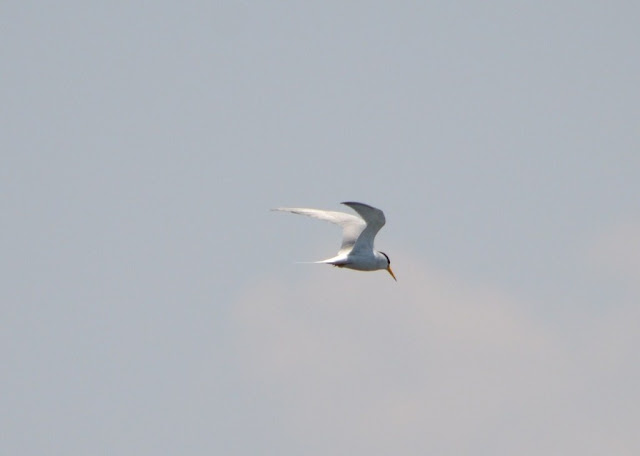 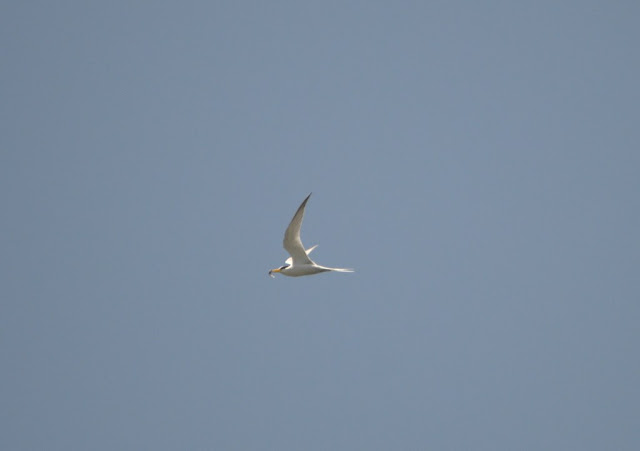 Other birds, or at least signs that some birds were there on the beach earlier. 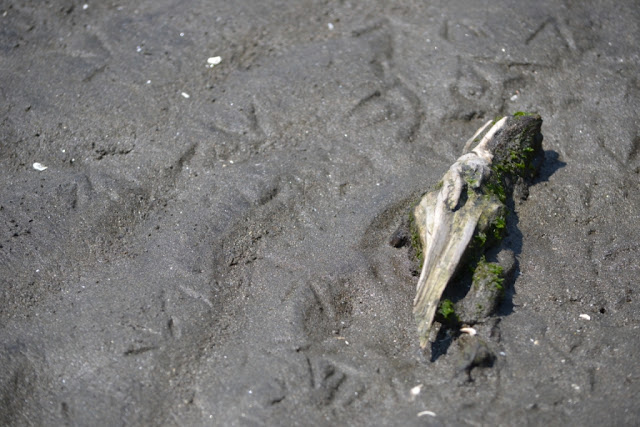 Footprints of some kind of wader on the beach 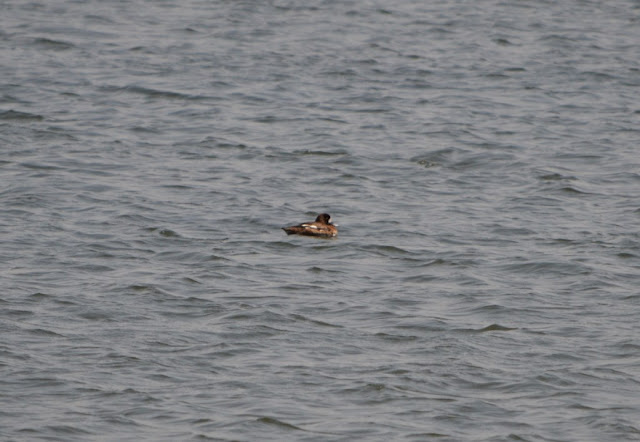 A female Greater Scaup (Suzugamoスズガモ) was floating on her own. 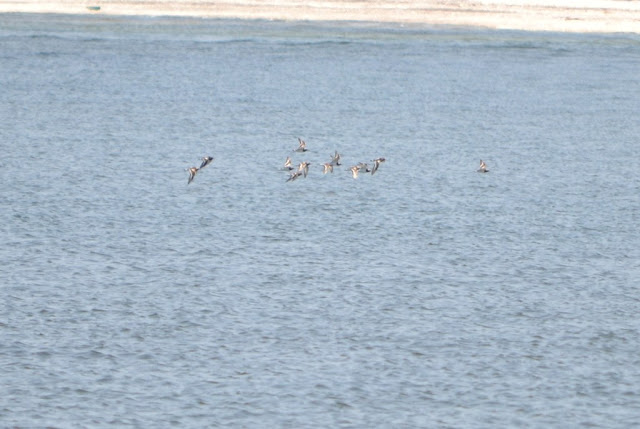 A flock of Turnstones (Kyoujoshigiキョウジョシギ) flew towards the pier and landed among the Terns. 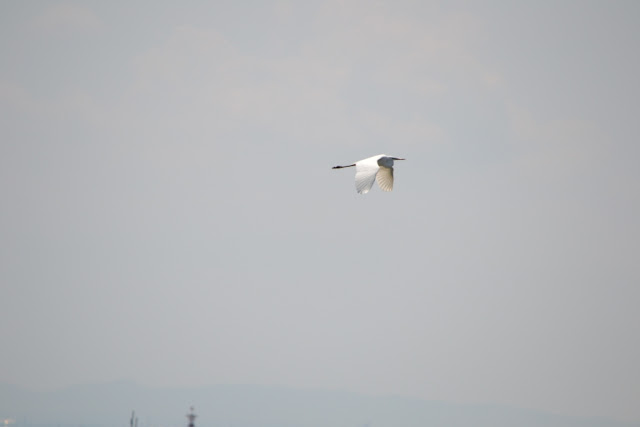 A Great Egret (Daisagiダイサギ) was easy to spot:) 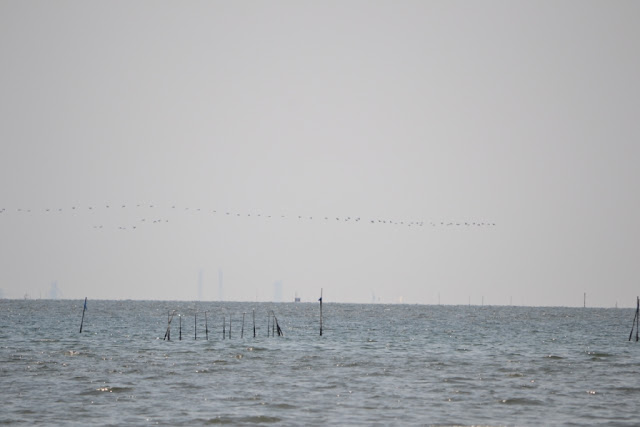 The dot-like line is flying Cormorants (Kawauカワウ).
They had been hunting out in the sea in groups and were heading back to a colony in Gyoutoku, to the west of Sanbanse, so we were told. We saw lines of cormorants very often that day. 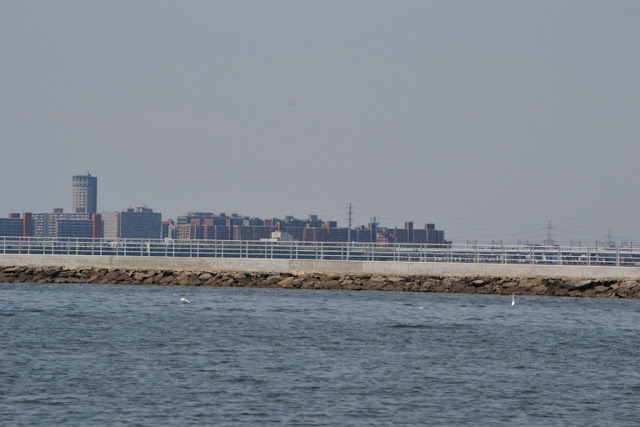 A view towards Tokyo.
We were told that the pier was rebuilt lately after being destroyed by the tsunami two years ago and that all the beach area in Sanbanse was washed away. The power of the tsunami must have been incredible as the beach is at the farthest end of the bay from the open Pacific.

Through a scope, we were able to spot 4 Oystercatchers (Miyakodoriミヤコドリ) resting on rocks and an Osprey (Misagoミサゴ) eating a fish on a pole far out the sea.  Senior members of the WBSJ said they had never had such a day where they saw so few birds in Sanbanse. It was one of those days then. We'll go back maybe in the autumn when passage migrants are coming back from their breeding sites and the people around Tokyo feel fed up with the sun...