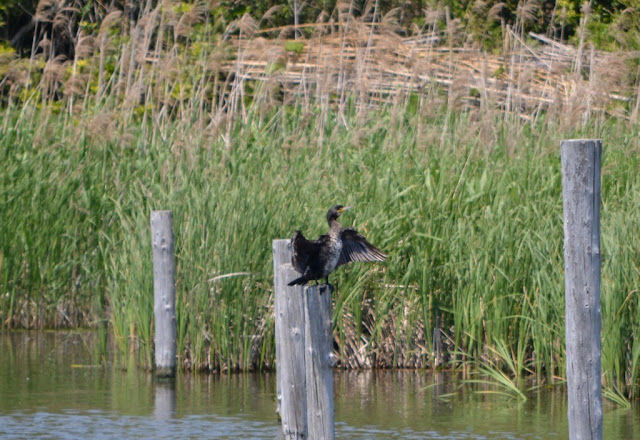 Cormorants were drying their feathers on poles.

When we were having lunch, a pair of Spot-billed Ducks started a courtship dance:) 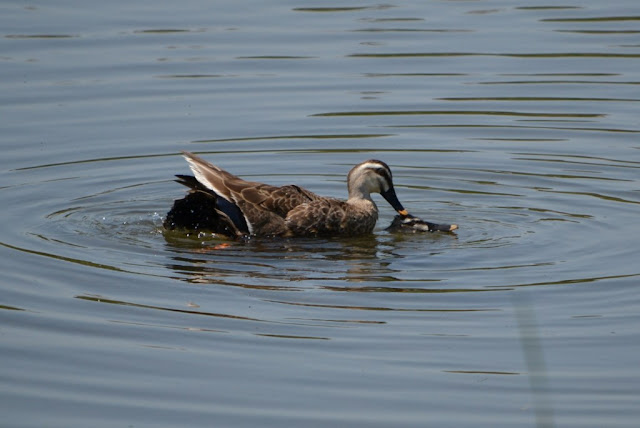 Then they started to mate. We didn't know they mate in the water. 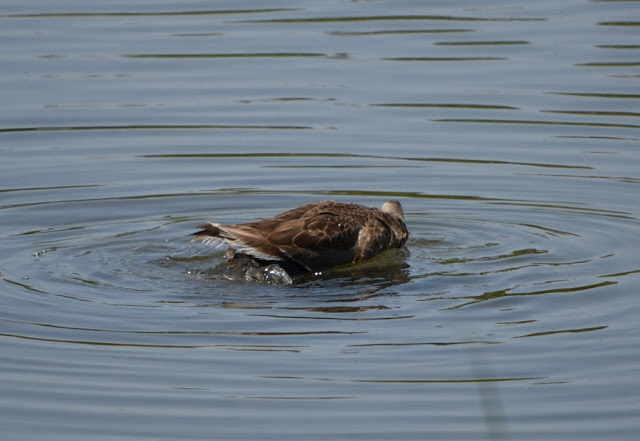 I was a bit worried that the male had drowned the female! But she was fine:) 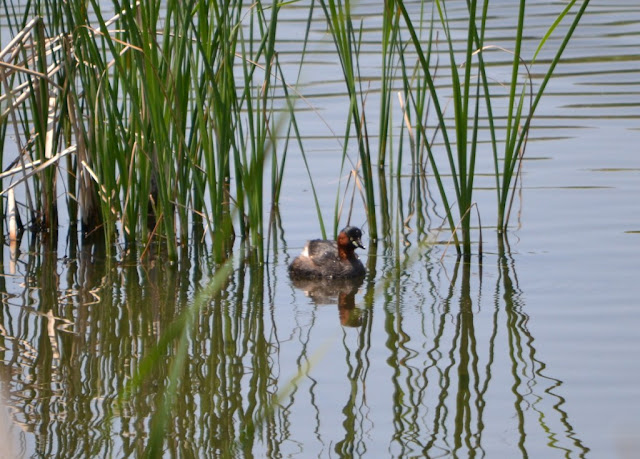 Little Grebes' trilling calls were heard here and there from the thick reeds. Are they going to breed on the lake here? 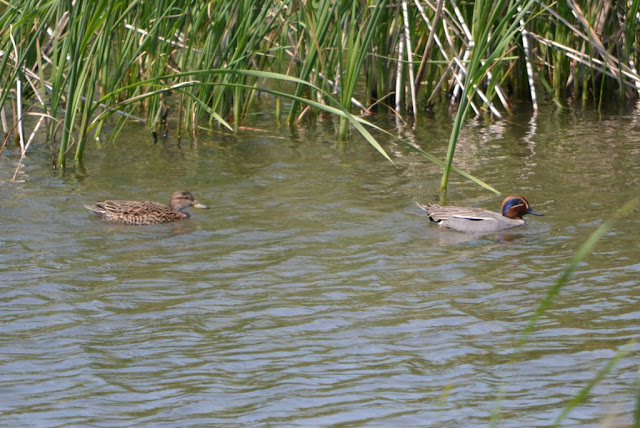 A pair of Teals were foraging and disappeared into the reeds. 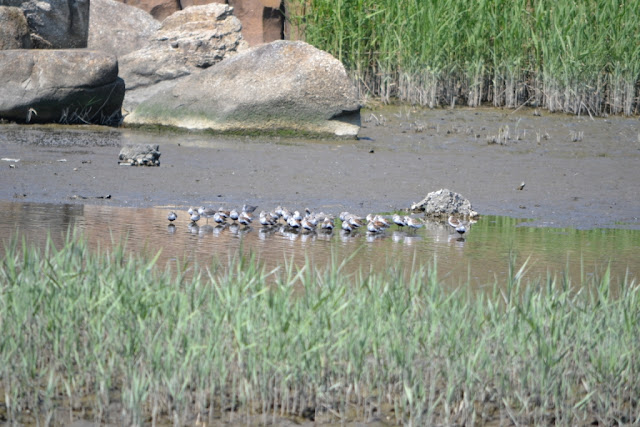 Lots of Dunlins (Hamashigiハマシギ) were resting on the salt water lake. 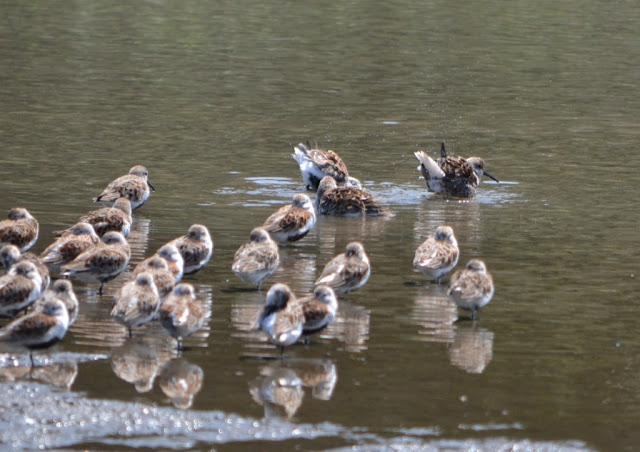 Some of them were quite actively foraging and bathing:) 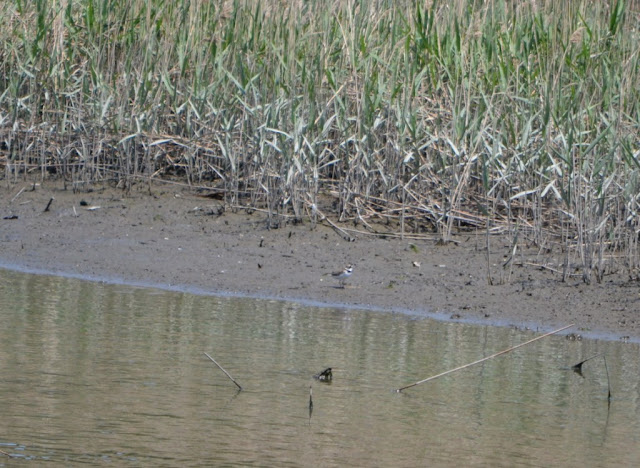 A Little Ringed Plover (Kochidoriコチドリ) was on the opposite shore from the hide, but... 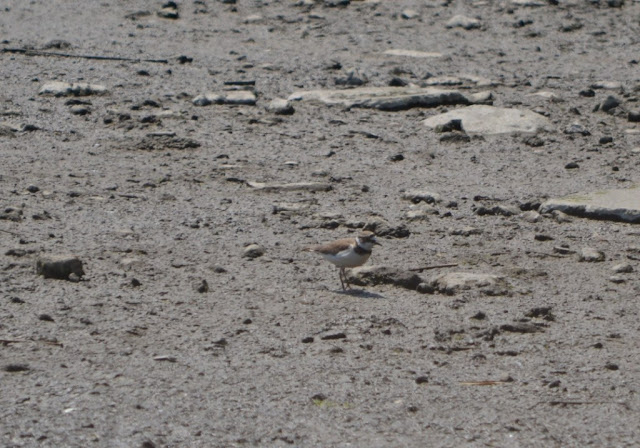 flew towards us:) There are 4-5 main plover species are seen around here at this time of year. Very nice to see a variety of them every time we go out birding:) Very hard to identify each of them, though;) 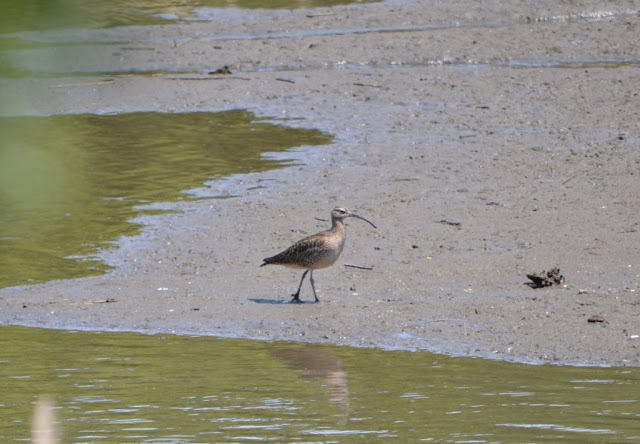 Are you posing?  One of the Whimbrels (Chuushakushigiチュウシャクシギ) spotted around Tokyo Bay last month was confirmed as one ringed in Brisbane in January. Amazing!!