Who could stay in and read a book on such a beautiful day!!!
I knew I had to do some work but decided to go out for a short walk in the park:)

As I was walking into the park, I thought I heard some begging calls from chicks coming from somewhere high above, and... 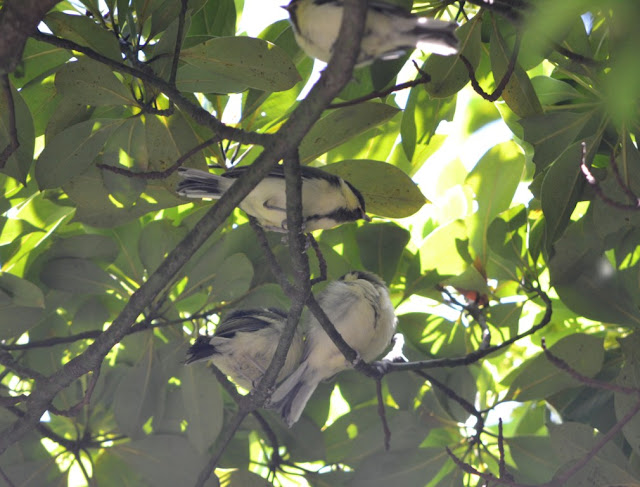 Oh my goodness! Four balls of fluffs were staying very close to each other:) 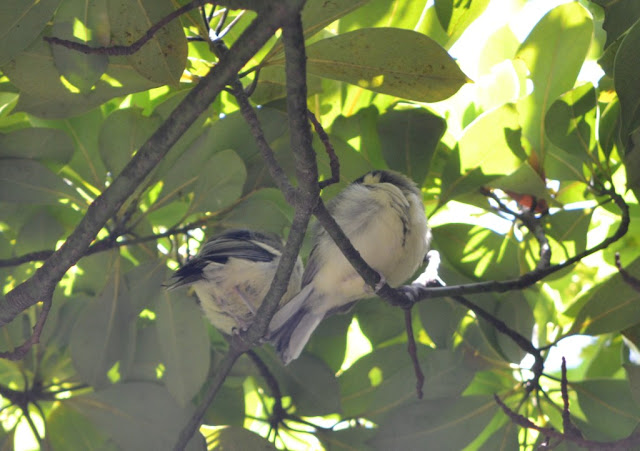 When the parents flew off to get some more food, they went completely quiet. 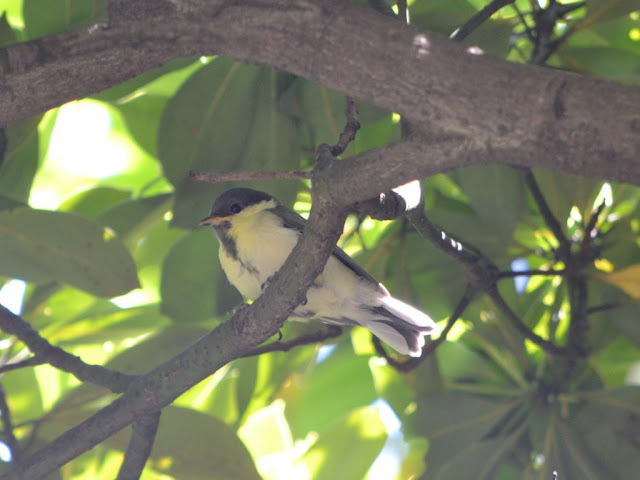 They might have fledged not so long ago as they didn't fly around and were pretending they were not there:) 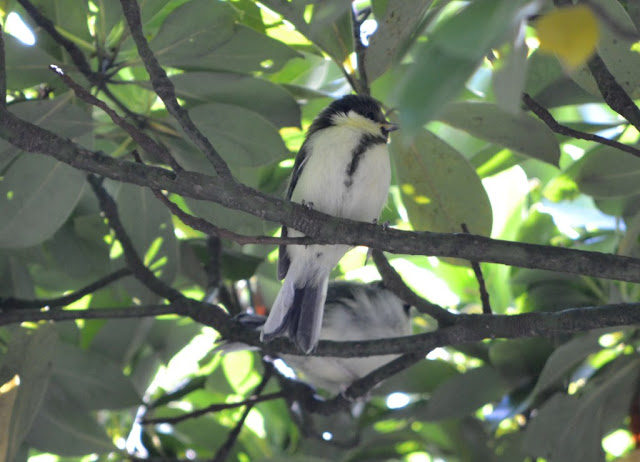 Fledglings of Eastern Great Tit
The fledglings too look a lot paler than their close cousins in the UK.


While I was enjoying listening to bird songs under the trees, this Great Tit suddenly showed himself, perched on a very low branch and started singing.  I was kind of spellbound watching him thinking how birds can sing while they're holding something in their beaks. 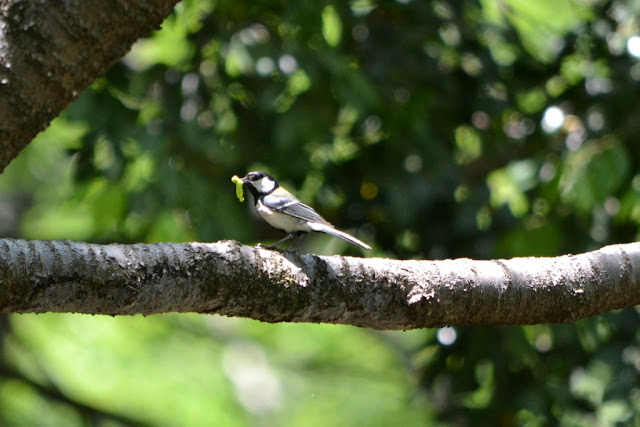 Then, he flew even lower and disappeared, at least so I thought. 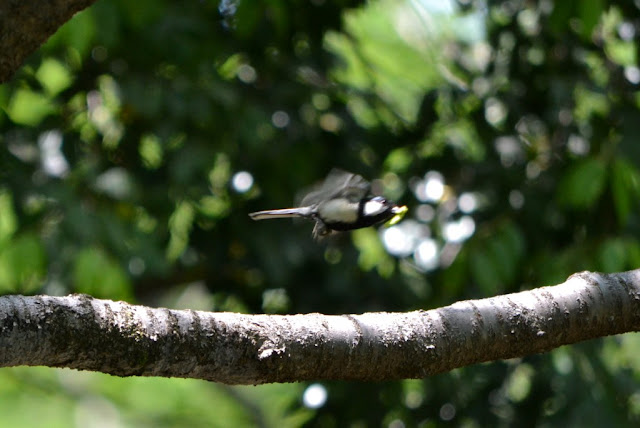 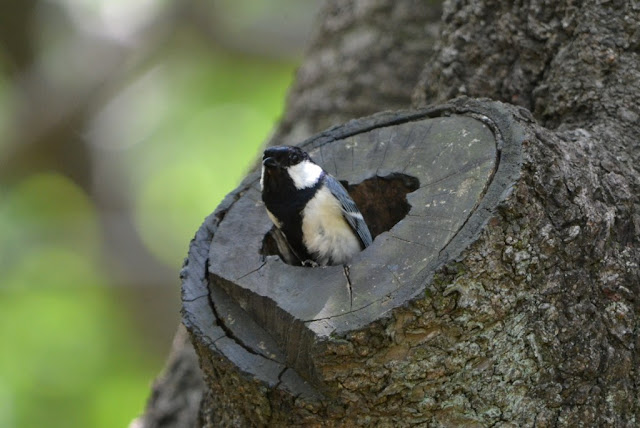 I actually heard his chicks begging for food from the hole but decided to leave immediately as I didn't want to disturb them. The hole was facing some benches though...

Not far from the nest hole, I saw a Long-tailed Tit family with at least 8 members, including a couple of fledglings among them. What a lovely day:)
at 07:33