We headed for the beach in Kasai Rinkai Koen, hoping to see some Little Terns (Koajisashiコアジサシ) even though we had expected a lot of people in the park as the weather was gorgeous and this week is Golden Week (a long holiday week) in Japan. Well, there were not just a lot of people but swarms of people... We knew there was no chance to see any terns on the beach so decided to hang around the bird-watching centre, which actually brought us great joy. 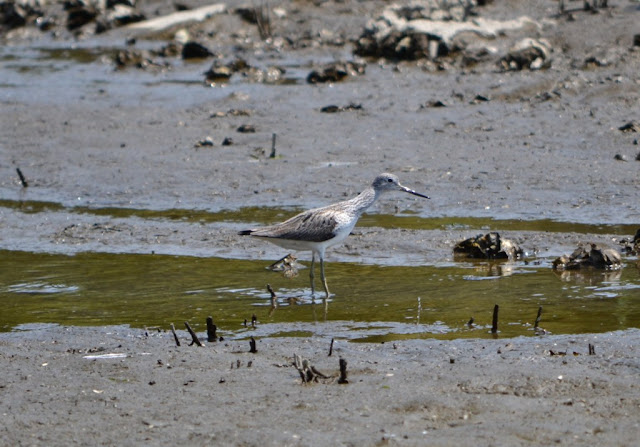 Our first Common Greenshank (Aoashishigiアオアシシギ).
Unfortunately, the colour of his legs are not clear in the photos but we saw his lovely greenish legs when they were in the sun. 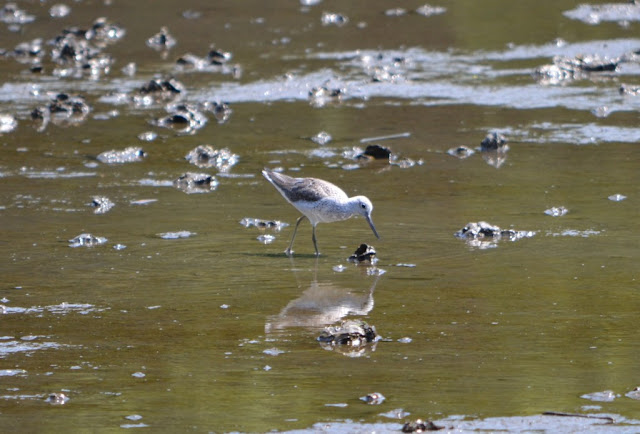 Greenshanks are passage migrants in Japan, wintering in Australia or South-east Asia and breeding in Siberia. Such a long journey! 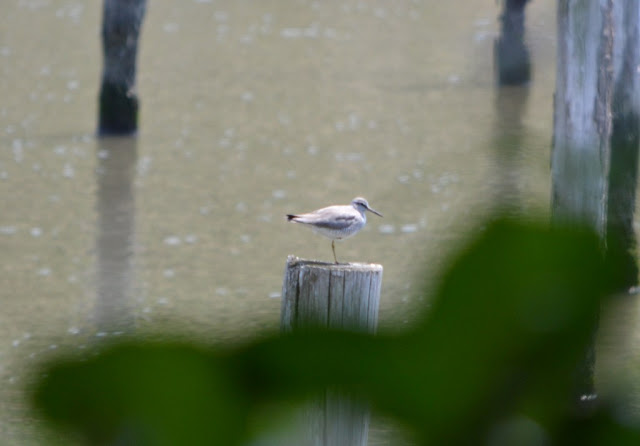 A Grey-tailed Tattler (Kiashishigiキアシシギ) was resting on a post. They are also passage migrants in Japan, fueling up to get to Siberia for breeding. 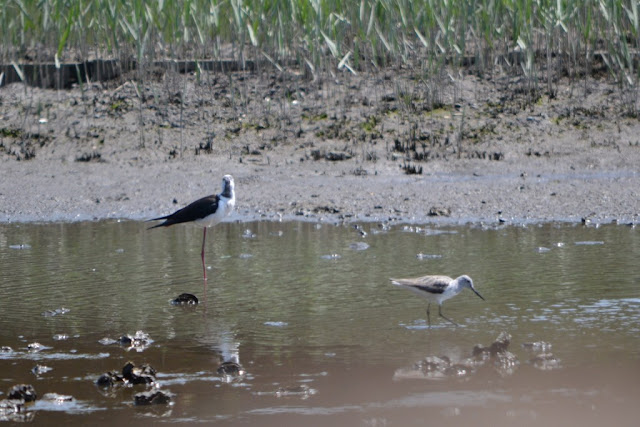 A Black-winged Stilt (Seitakashigiセイタカシギ) and a Greenshank. 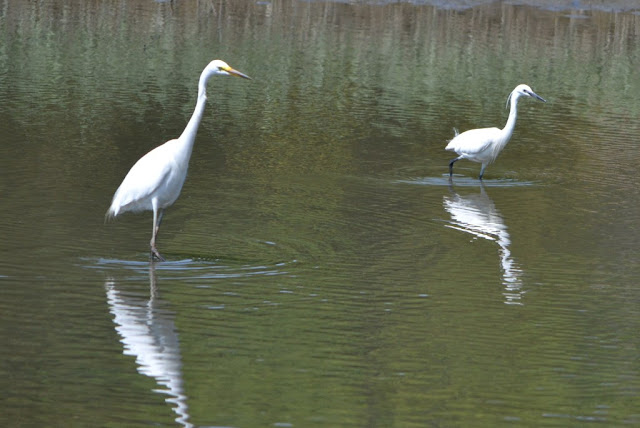 A Great Egret (Daisagiダイサギ) and a Little Egret (Kosagiコサギ). As their names tell us, Great Egrets are a lot larger than their little cousins. 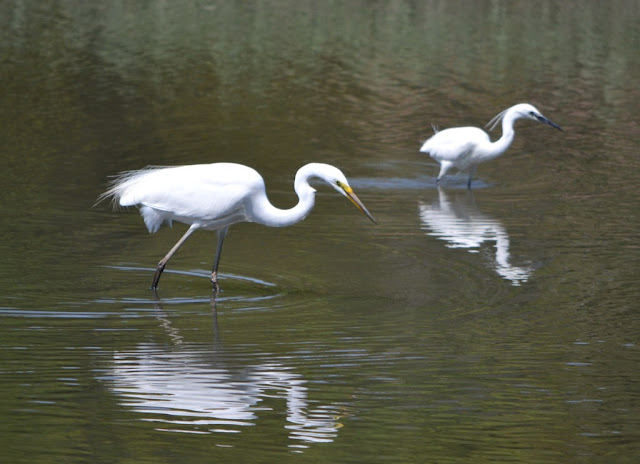 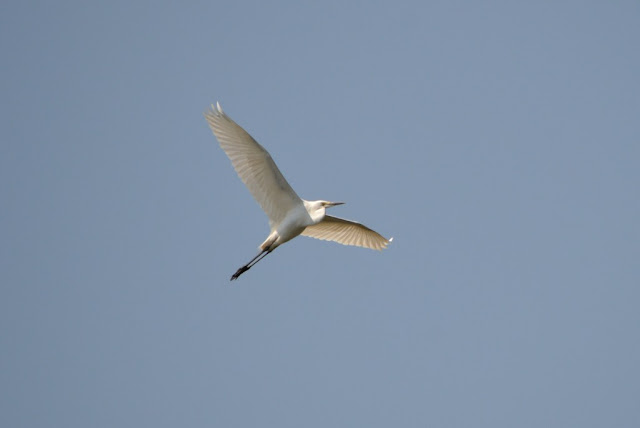 A Great Egret in flight. Rather graceful! 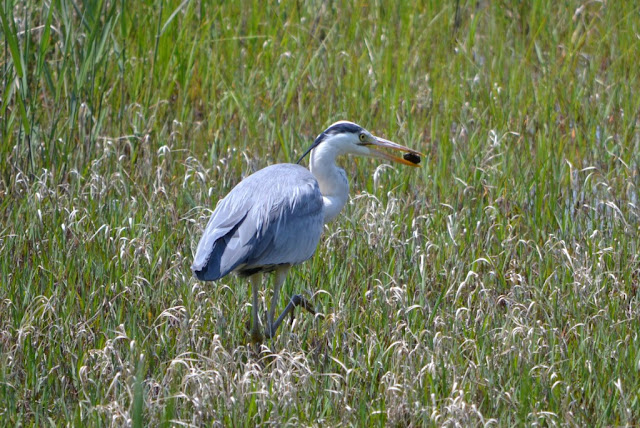 A Grey Heron (Aosagiアオサギ） got something in his beak and swallowed it. Wonder what it was, but couldn't work it out. A shell? A bulb? 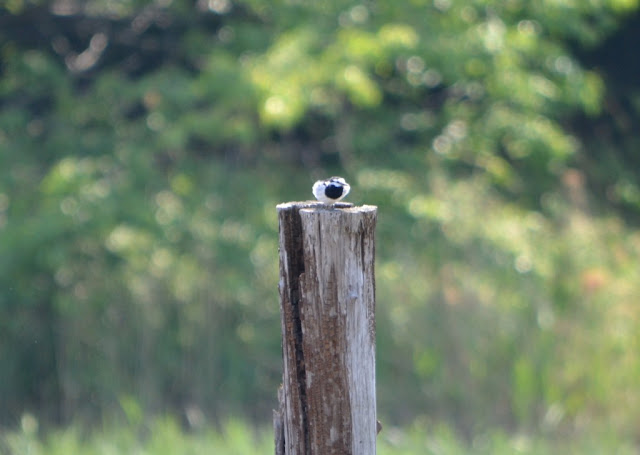 A White Wagtail (Hakusekireiハクセキレイ) was just like sitting in a stall, watching all the other waders wading. Good view, sir?