Aoba no Mori Koen this week

As we've read many sighting reports of summer migrant birds, such as Blue-and-White Flycatchers (Ooruriオオルリ) and Narcissus Flycatchers (Kibitakiキビタキ) passing through the southern Kanto area, we were hopeful every time we went to the park, BUT! No luck whatsoever... just yet. Still, we saw other lovely birds and they cheered us up:) 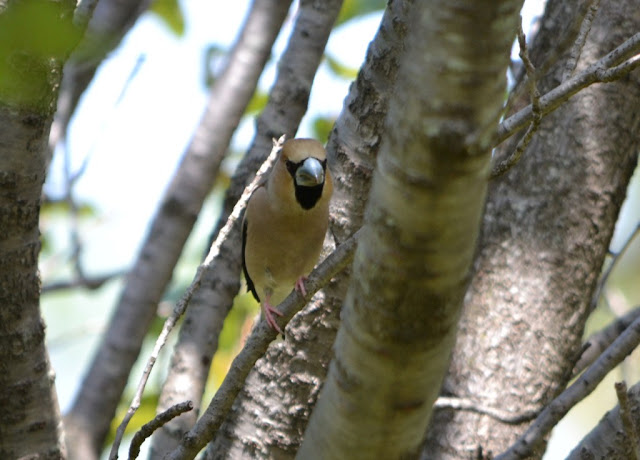 A flock of Hawfinches (Shimeシメ) were foraging among the trees eating new buds. 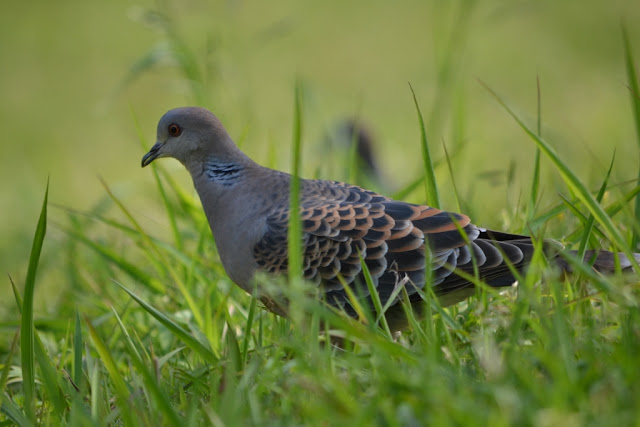 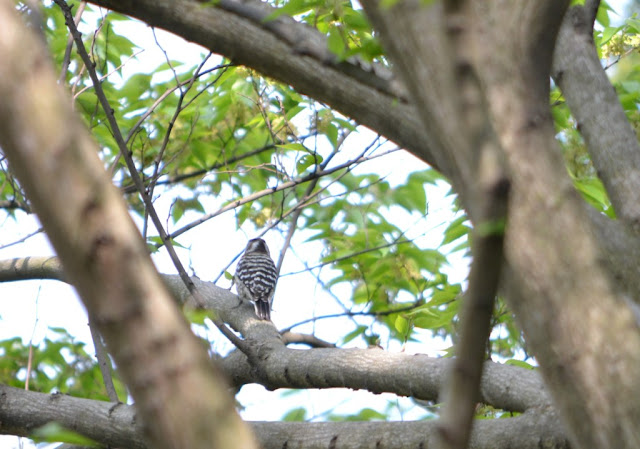 A Japanese Pygmy Woodpecker (Kogeraコゲラ) is about the same size as a sparrow and moves really quick like a treecreeper but their calls are unmistakable! 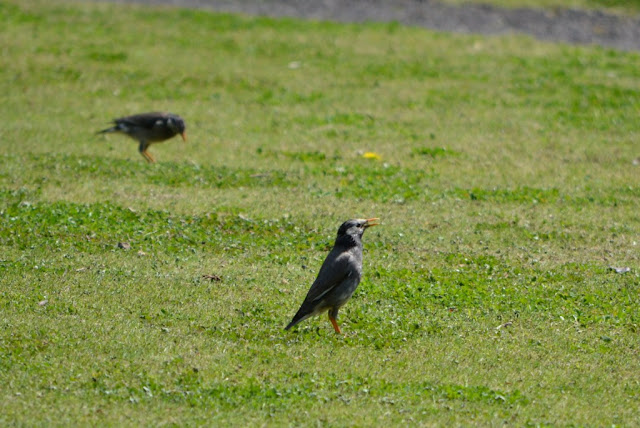 A flock of Grey Starling (Mukudoriムクドリ) were happily having lunch, some were catching insects jumping up and down:) They are really vocal. 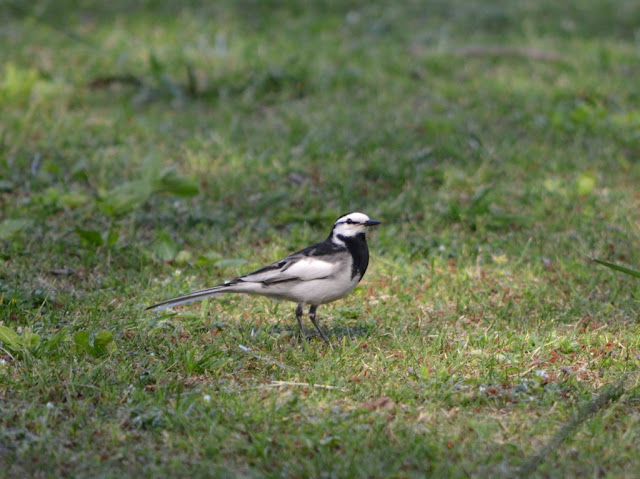 A White Wagtail (Hakusekireiハクセキレイ) landed just in front of me as I was holding the camera, just as if it was saying, 'You may take a photo of me!' 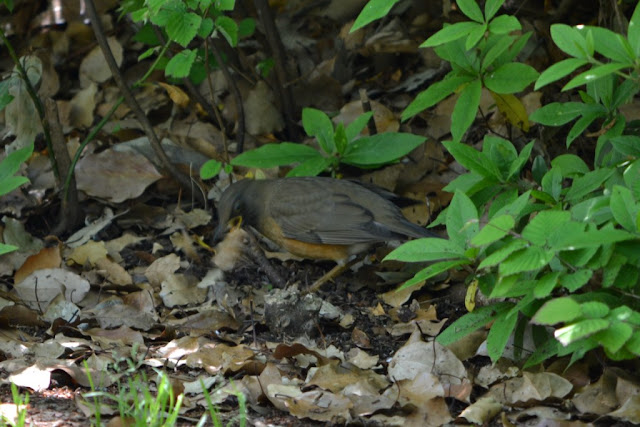 A Brown-headed Thrush (Akaharaアカハラ) was vigorously shaking his head with some leaves in his beak... This one was seen on the 26th April and we haven't seen any thrushes since then. Presumably they've gone back to their breeding sites somewhere in the mountains. 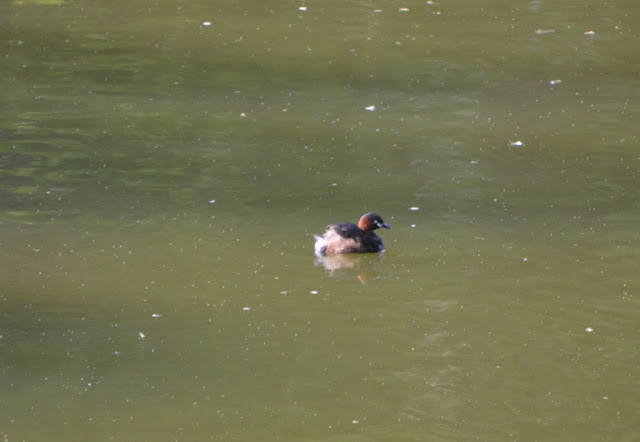 A lone Little Grebe (Kaitsuburiカイツブリ) was in Funada-ike lake in the ecology park. 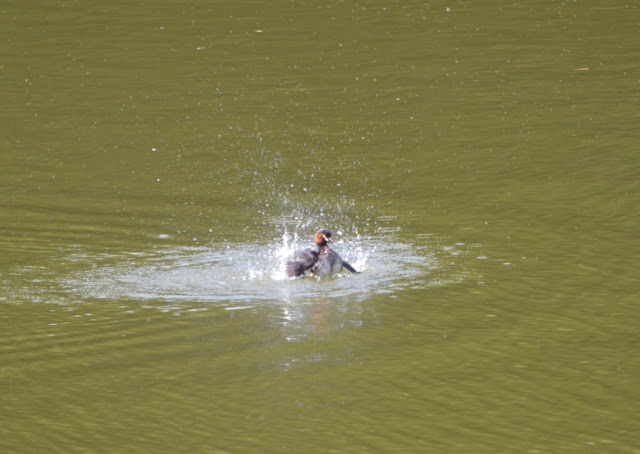 Having a nice bath, eh? 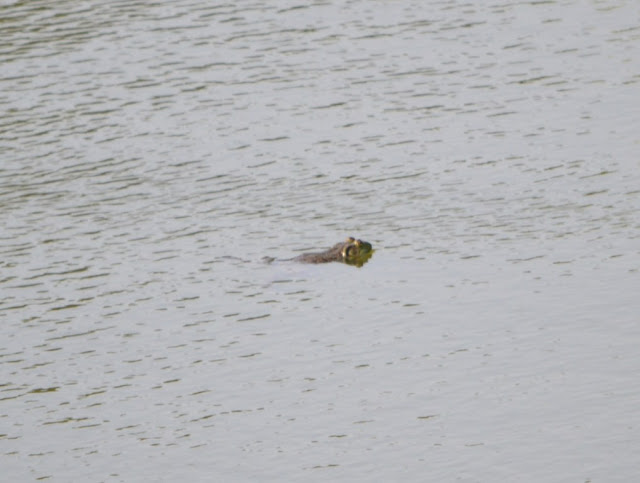 A Bullfrog (Ushigaeruウシガエル) was resting or sunbathing? 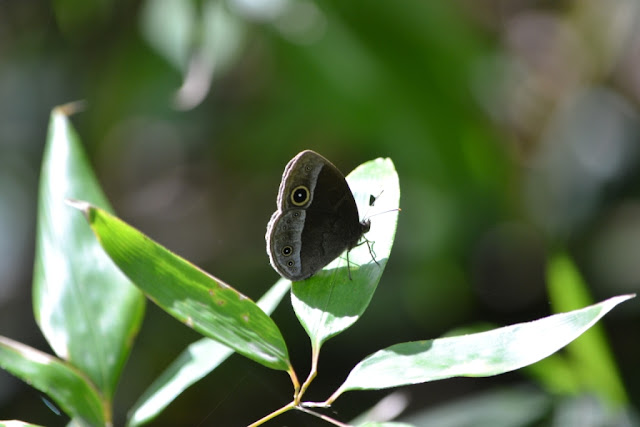 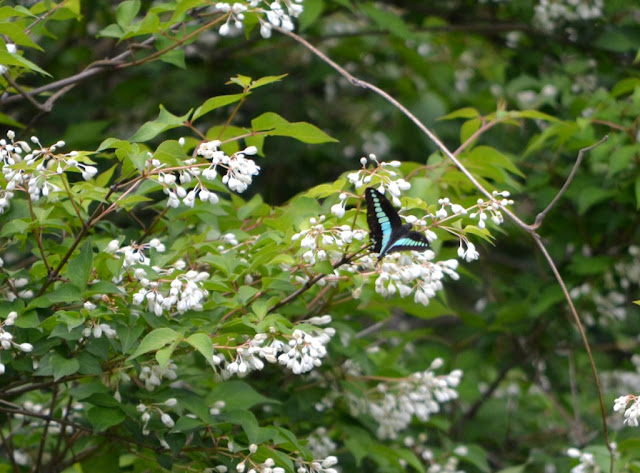 A Common Bluebottle (Aosujiagehaアオスジアゲハ) has beautiful turquoise-coloured patterns on the wings:)
at 14:05