If you saw a turtle dove in the UK now, it would be a blessing since the British population has plummeted since the 70s.

The Oriental turtle dove (Kijibatoキジバト) in Japan, on the other hand, are one of the most common birds. Some visit our garden every day and a pair even succeeded in breeding early spring! 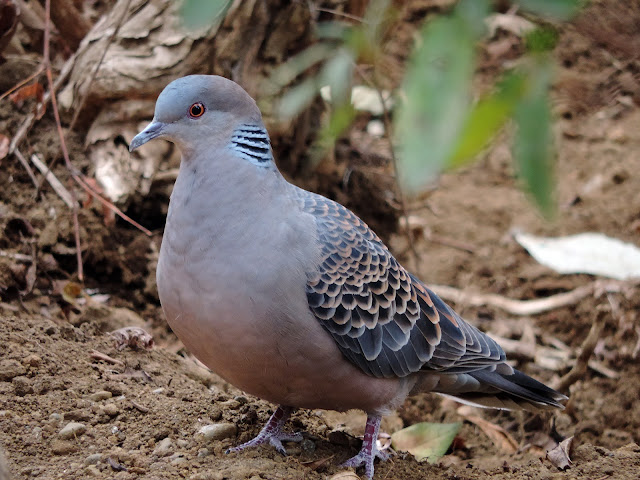 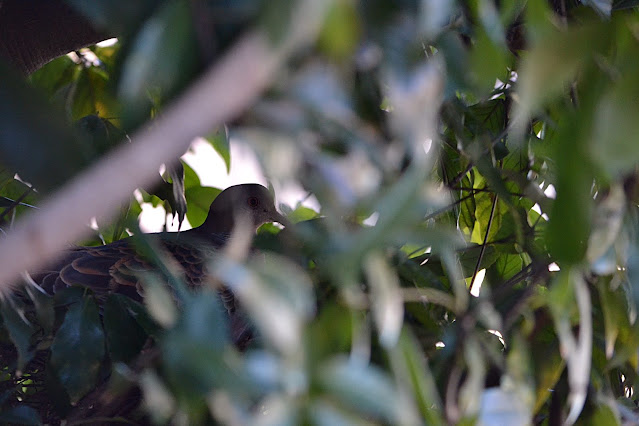 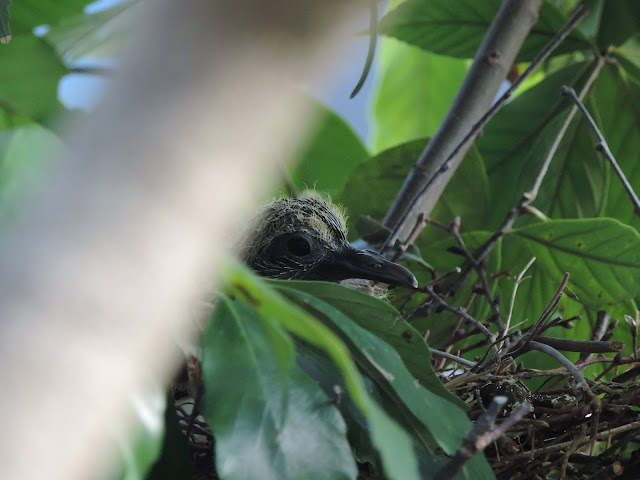 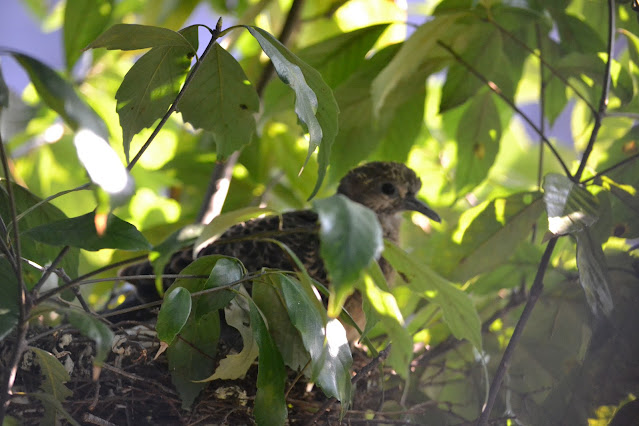 0n 11March2022, we found it fledged! It was on the ground near the nest during the day and went back up the tree where the nest was during the night. 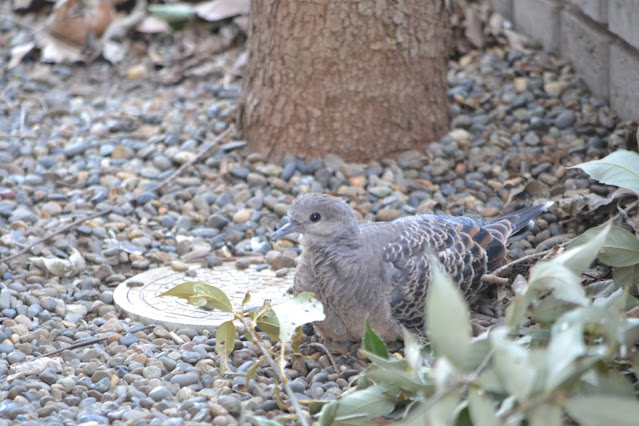 We spotted it in the morning of 16March2022 for the last time on the ground but it didn't come back to the same tree at night.
A few days later, we saw a fledgling drinking water in the garden, which could have been this one. Who knows?
Now in April, a pair seems to like the edge of our "NO MOW Zone" when the sun is out. Totally relaxed! 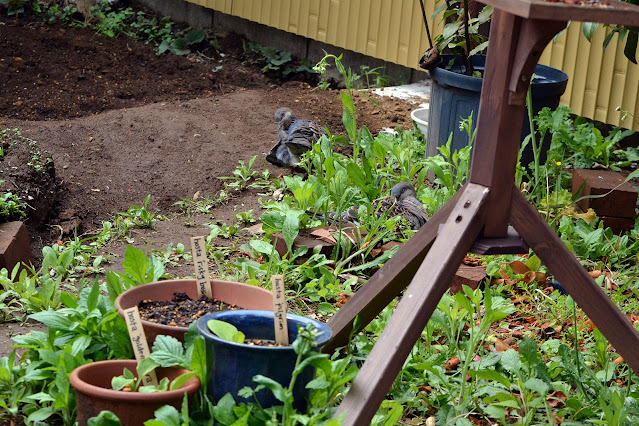