and we found this poor fellow in a sheltered fishing harbour. 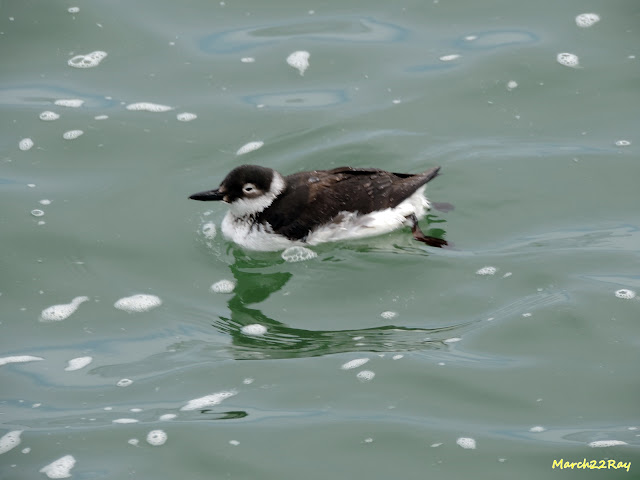 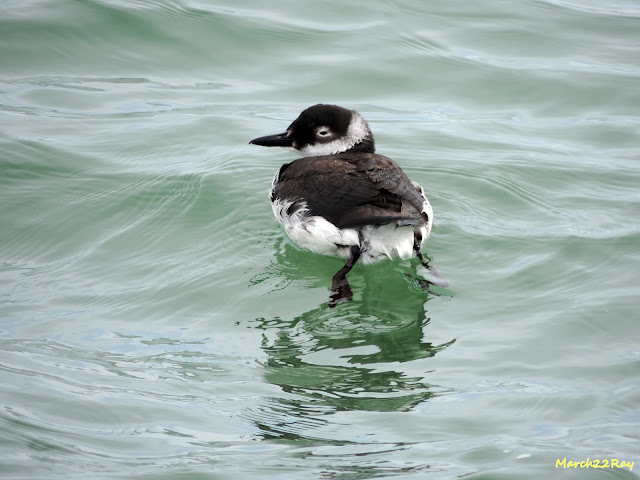 Hope it will get some rest in the quiet harbour and go back out in the open water where it belongs soon.

Actually, we were not sure what bird it was because it was our first encounter with one! I asked my ornithologist friend (or my mentor, rather) to identify and he told me it probably was a young one which had been born last year as the adults should be in breeding plumage by now.

We were excited on the spot and feel more excited after learning these facts.

a small group of Black scoters (Kurogamoクロガモ) was also sheltering in the harbour. 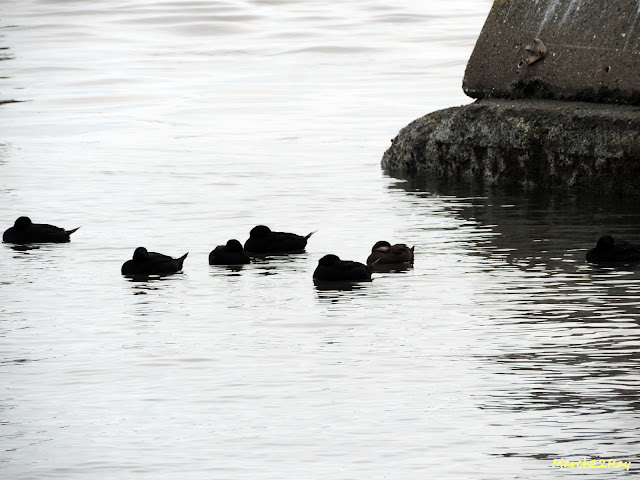 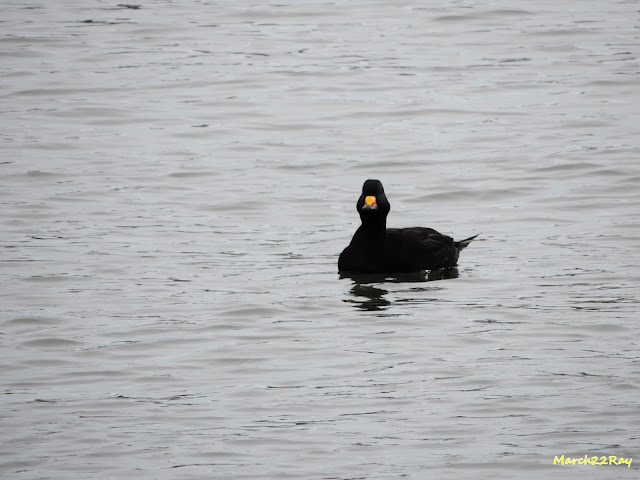 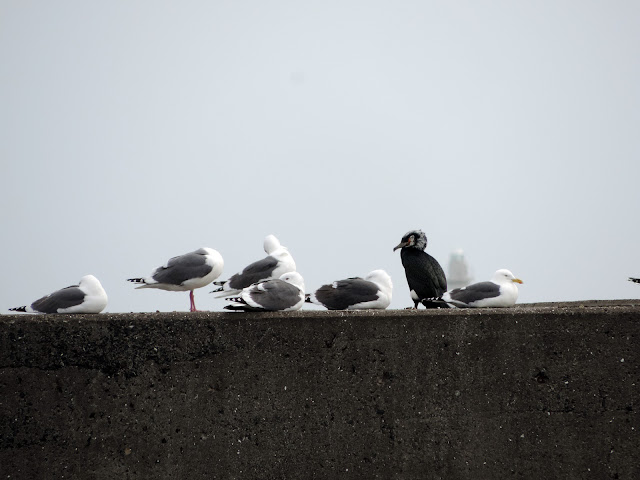 The rocky cliff facing the harbour is a Slaty-backed gulls' breeding site, we were told. 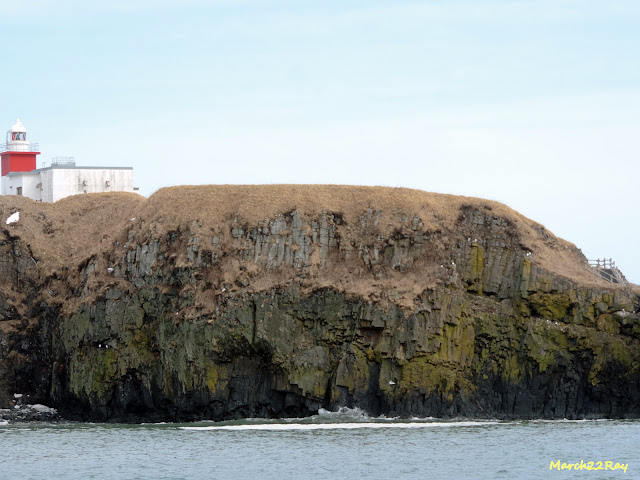 On another rock was full of Pelagic cormorants (Himeuヒメウ) 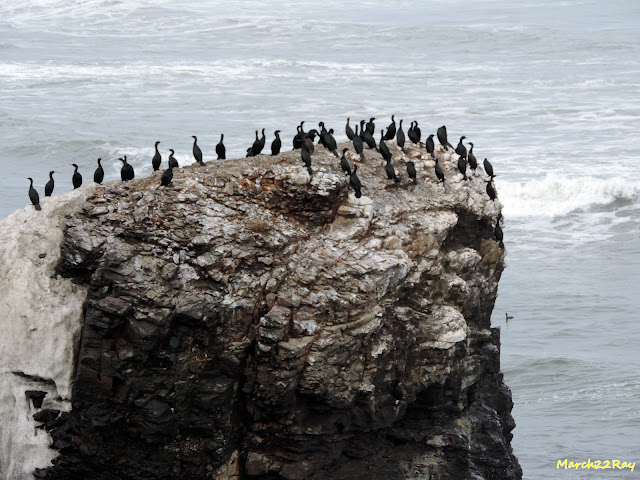 Are you sure you're going to lay eggs there?! 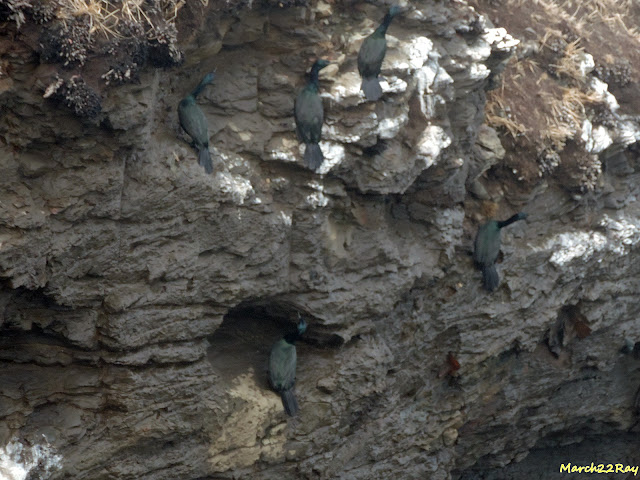 Sea otters were in their elements. 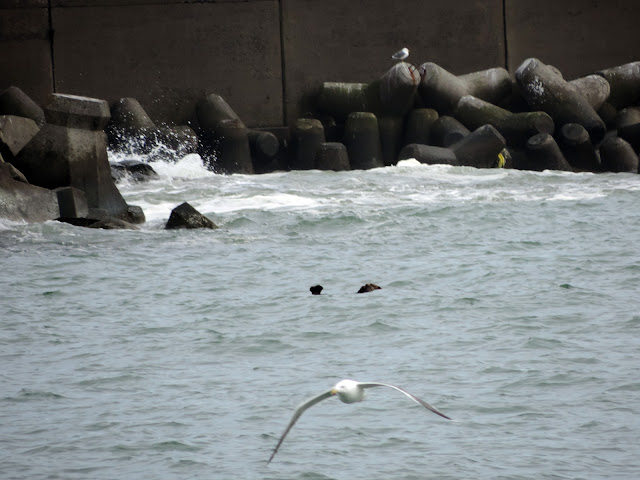 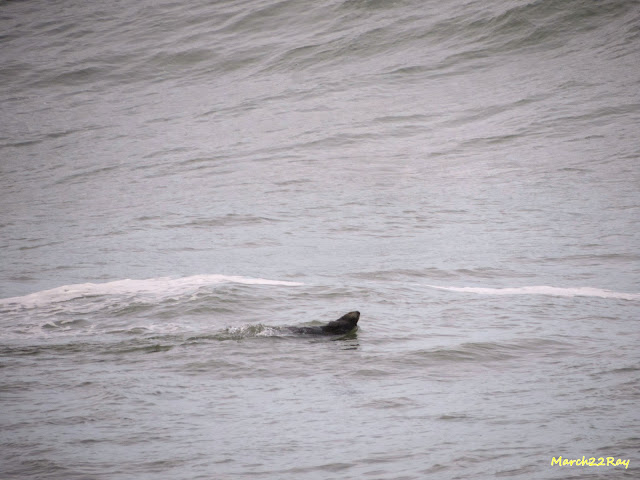