The weather is getting nicer and nicer and I just couldn't resist going out birding.

By Sakura Castle Park, a couple of male Green Pheasants (Kijiキジ) looked tense, occasionally calling and flapping their wings very aggressively to weigh each other up. I didn't want to disturb their 'conflict' so just managed to take a picture of one of them. I don't know who won in the end! 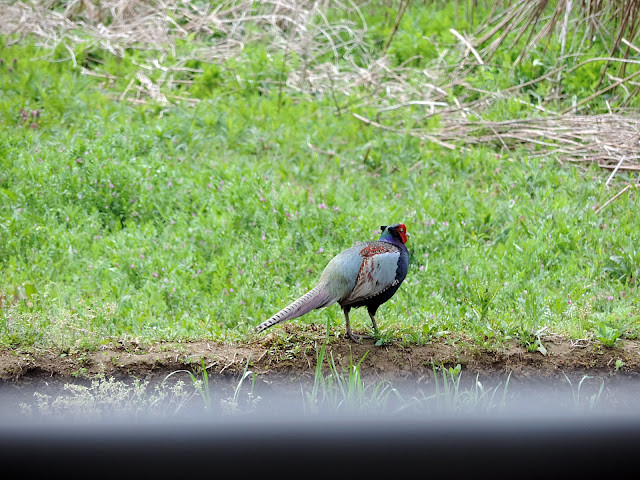 There's a heronry every year near the National History Museum and I could hear the herons before seeing them. 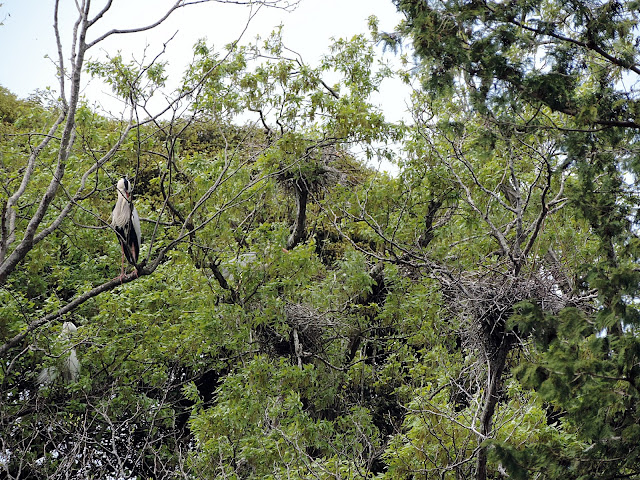 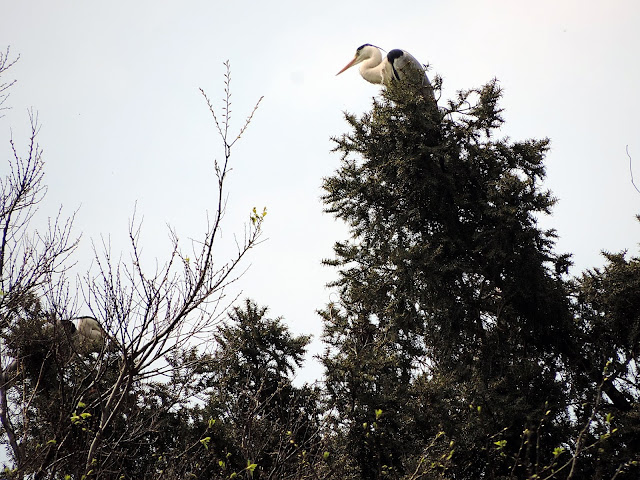 already some nests had chicks! 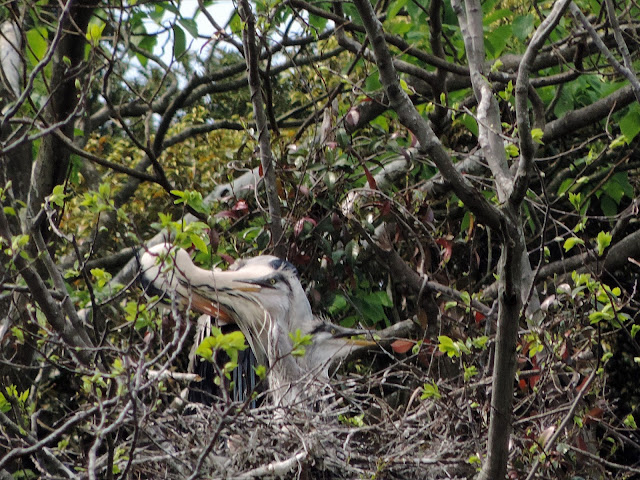 Mainly Grey Herons (Aosagiアオサギ) but some Great Egrets (Daisagiダイサギ) too. 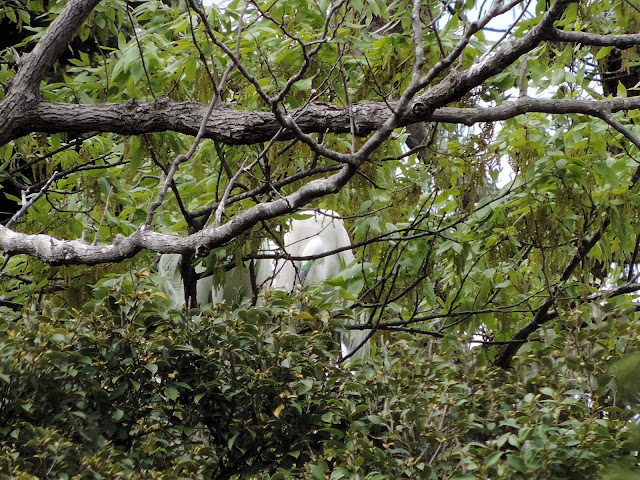 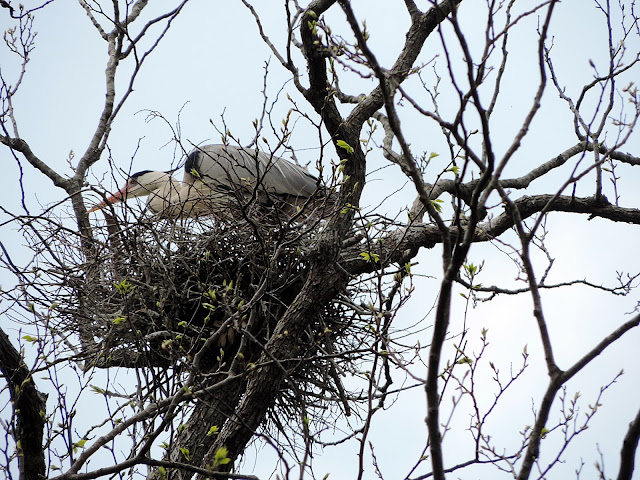 By the lake, a male Bull-headed Shrike (Mozuモズ) was calling very loudly. 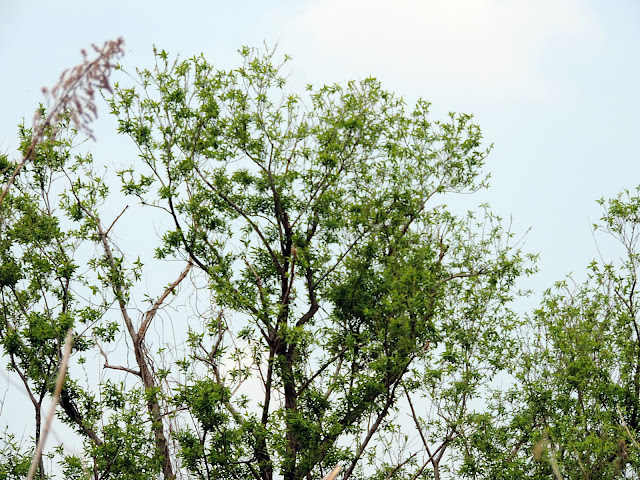 Can you spot him? 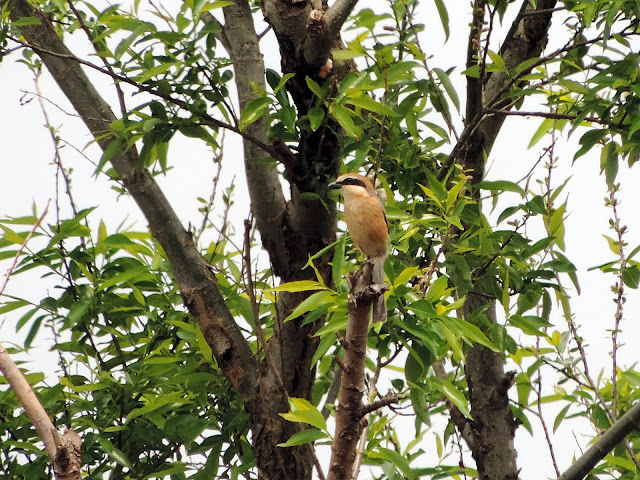 He already had several fledglings in the bush near him and was busy feeding them.

There were quite a few shrikes in the vicinity, which was why the male was calling and patrolling his patch. 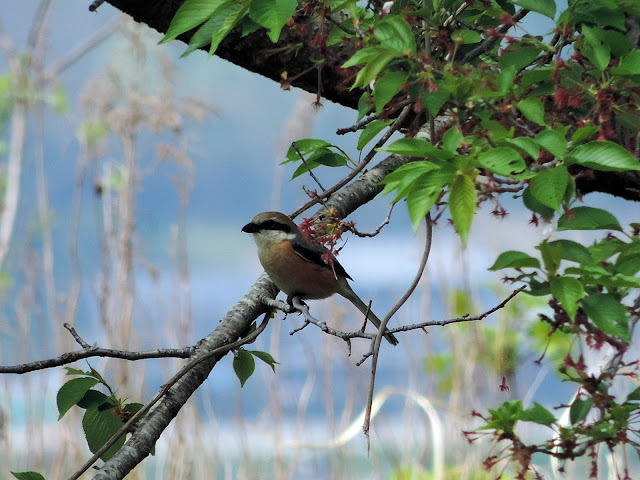 The temperature went up and up and I cut my trip short in the end...
I'd never seen bull-headed shrike fledglings so it was a successful trip after all:)