A Japanese Sparrowhawk (Tsumiツミ) was making a racket in the tree at the park. 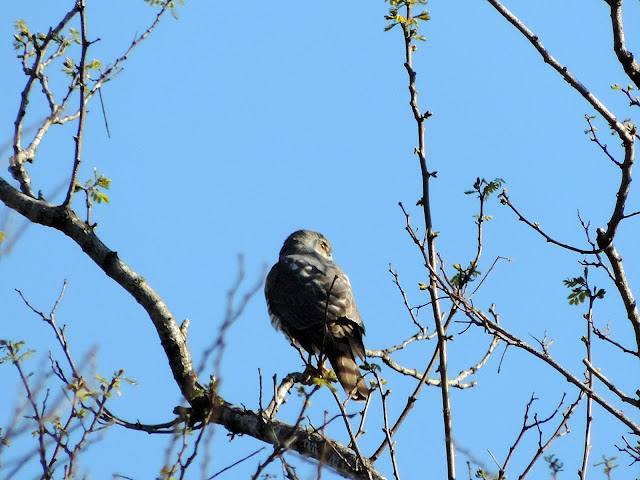 I saw two of them chasing in the air later on so he probably didn't like the other one in his territory. I wonder if the J sparrowhawk breed in the park. 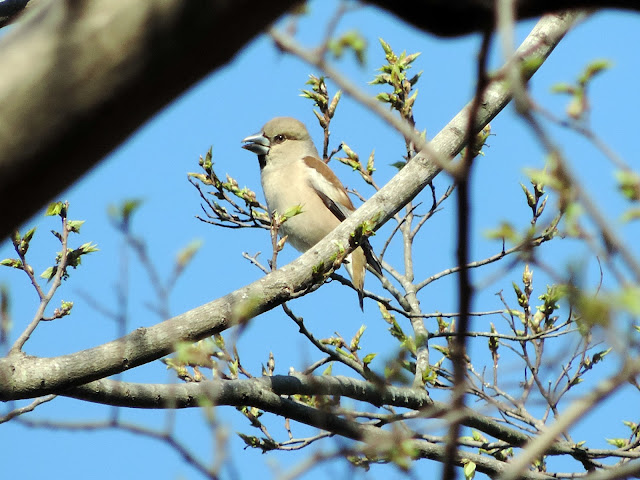 It was rather gory but that's nature for you. 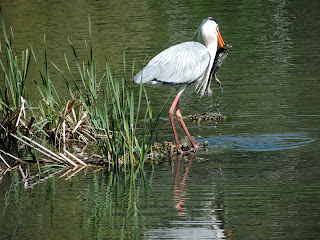 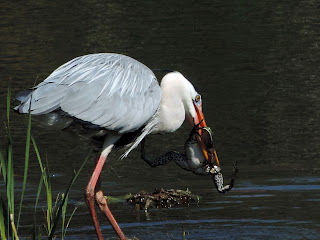 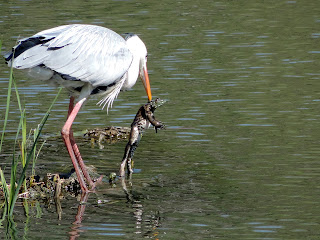 The Bullfrog was trying not to be swallowed by the Grey Heron (Aosagiアオサギ) by pumping itself up but it was no use against Heron's powerful spear-like beak after all...
at 22:15