Some colonies of Lesser Kestrels (Hime-chogenboヒメチョウゲンボウ) have been established in Doñana. 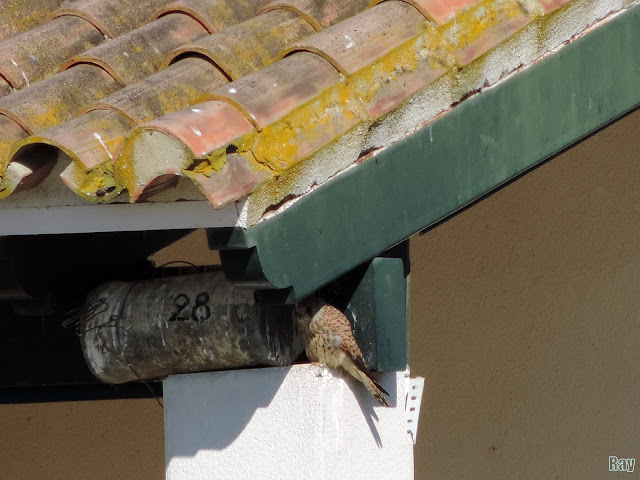 Each nest box has a number.  females (above, below) 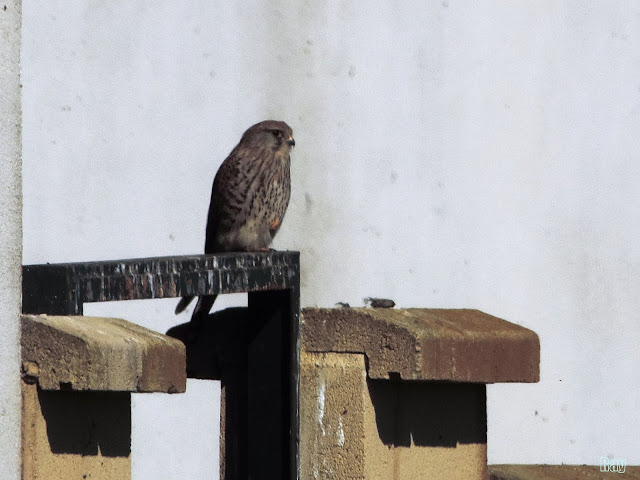 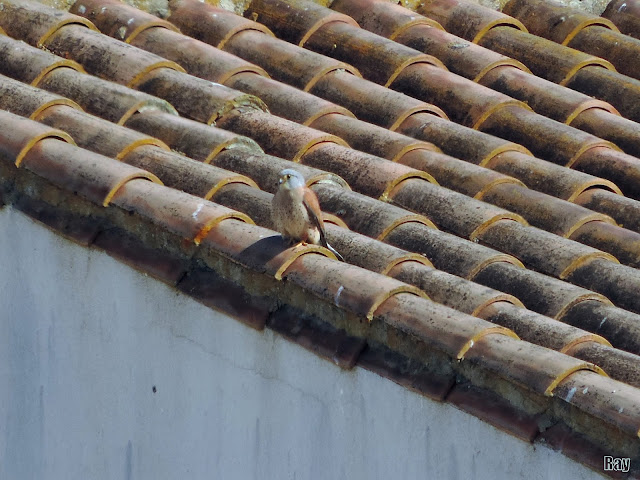 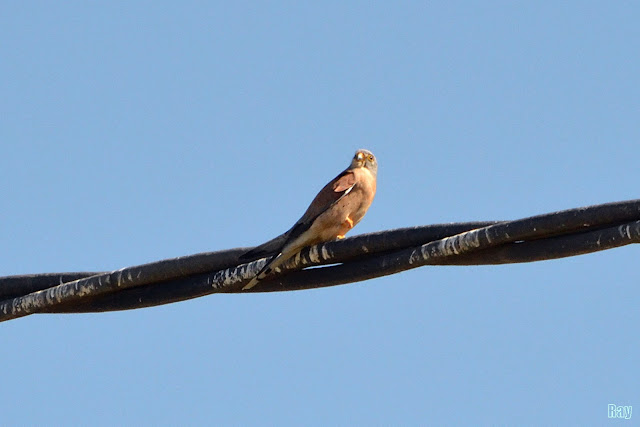 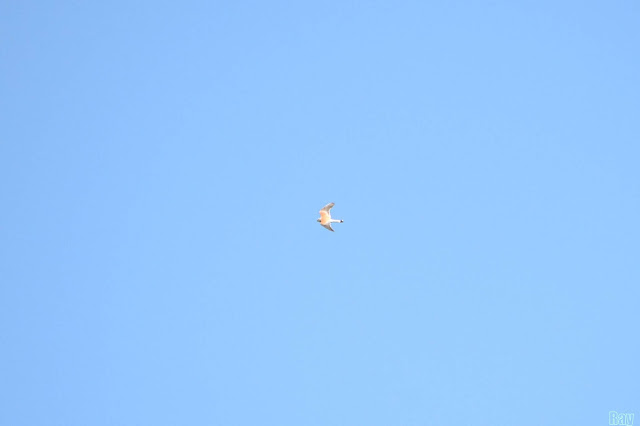 A male Lesser Kestrel has gray upperwing coverts - hmm.. hard to see them though!

We saw Common Kestrels at the same spot too. Both Common and Lesser Kestrels are resident birds in Doñana. 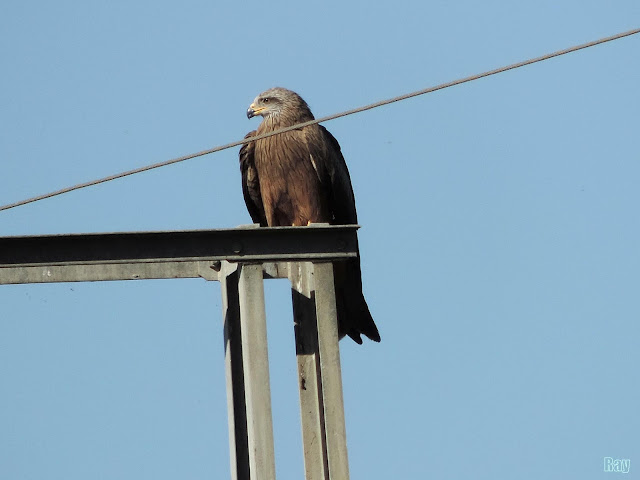 This Black-shouldered Kite (Kataguro-tobiカタグロトビ) didn't like something in the bush below, which we weren't able to see, and kept diving at it, making sharp calls at each dive. 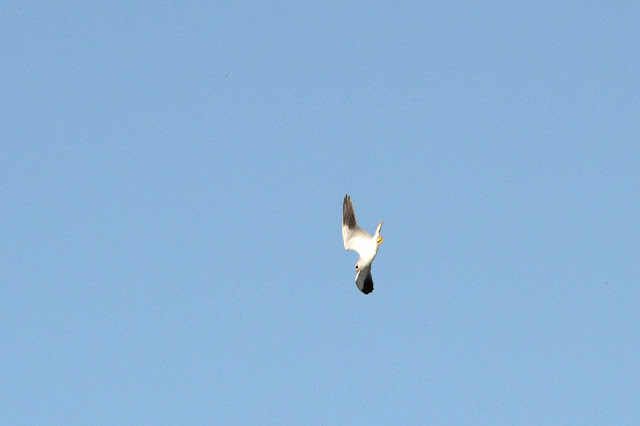 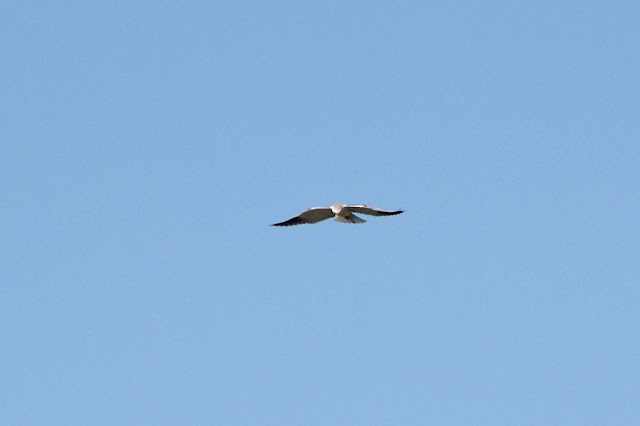 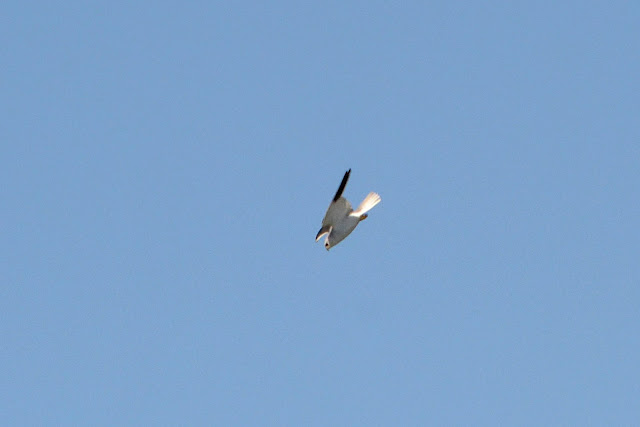 a pair of Little Owls (Kokimme-fukuroコキンメフクロウ) 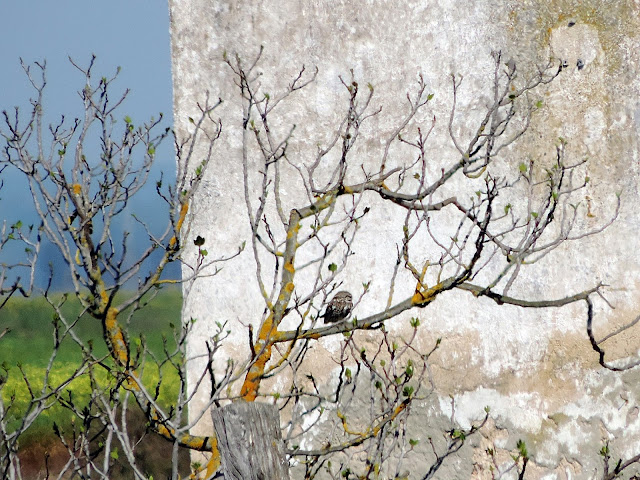 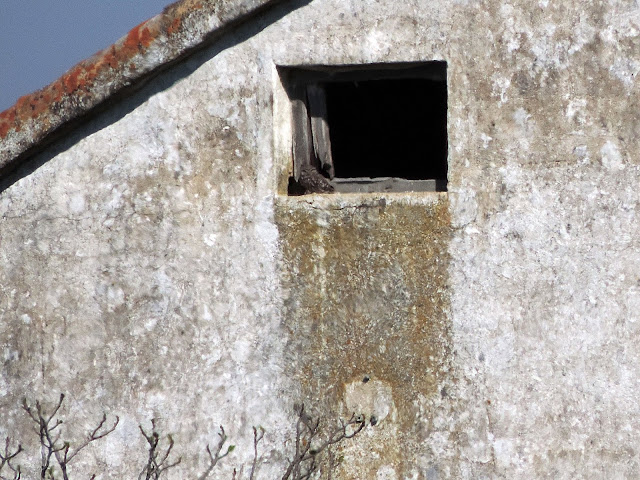 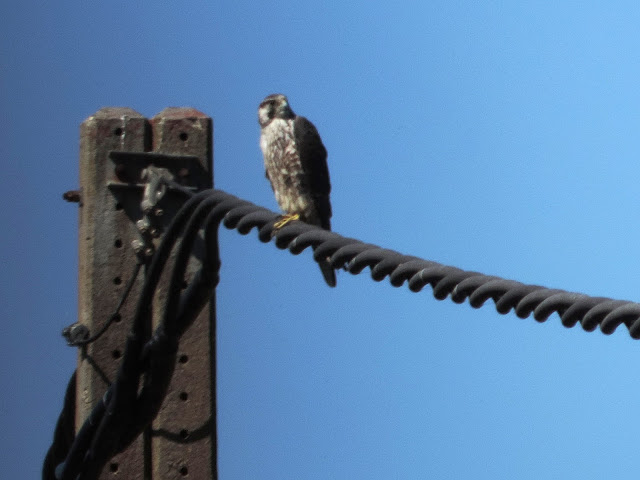 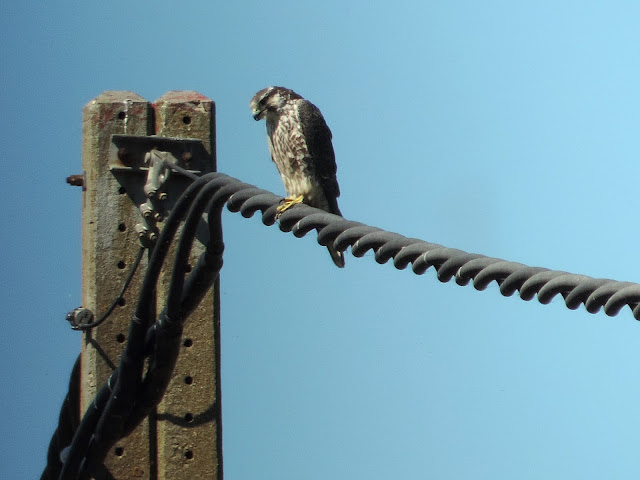 just coughing up a pellet! 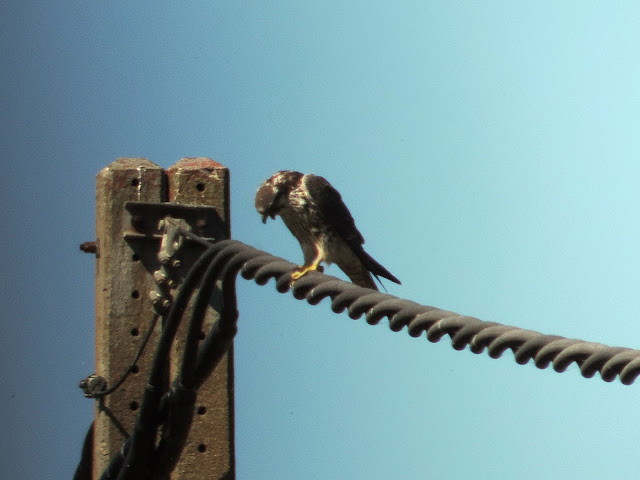