There are several birds in the cuckoo family in Cat Tien and none of them was easy to take pictures of... 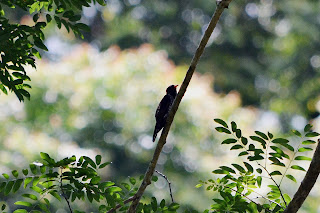 The male has a beautiful violet-coloured plumage as the name suggests while the female is kind of bronze coloured. They are a very small cuckoo - about 16-17cm. 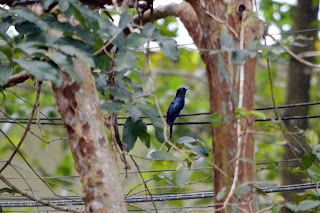 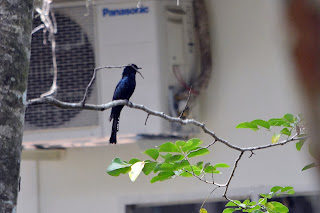 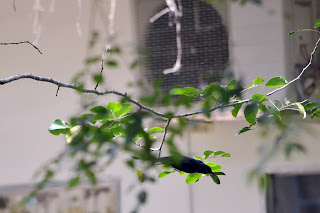 At first sight, it looked like a drongo but it had a bill like a cuckoo! Rather confusing! The white-barred undertail was distinct for this species.

Coucal（バンケンの仲間）
We saw both Greater and Lesser Coucals（オオバンケンとバンケン）and I am not sure which this one in the picture is... 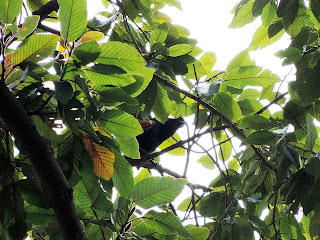 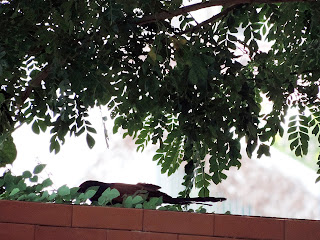 Coucals are non-parasitic cuckoos like the Green-billed Malkoha（オニクロバンケンモドキ), which we also saw in Cat Tien.

More than 20 species of birds in the Woodpecker family are recorded in Vietnam and we saw 6 of them - 1. Grey-capped Woodpecker, 2. Laced Woodpecker, 3. Common Flameback, 4. Greater Flameback, 5. Rufous Woodpecker, 6. White-browed Piculet, and heard a rare one calling - Pale-headed Woodpecker. 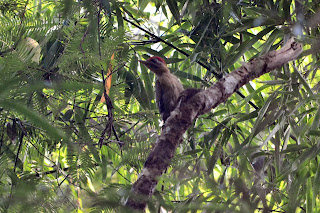 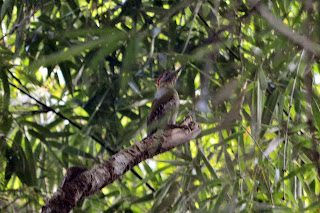 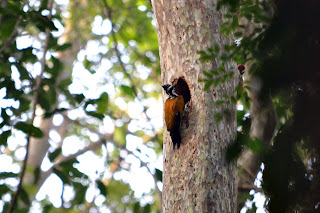 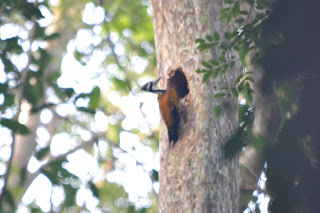 Its Japanese name is Koganegera, which means a "Golden" woodpecker, and it is a perfect match with its golden back! 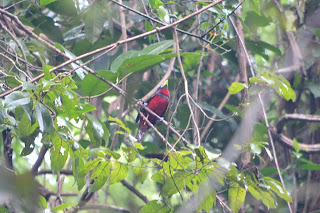 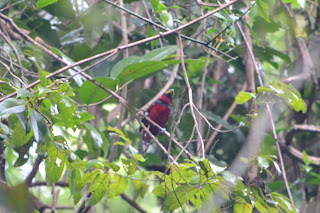 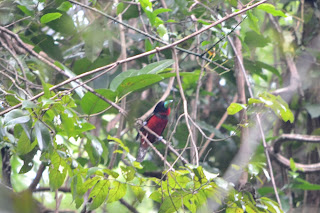 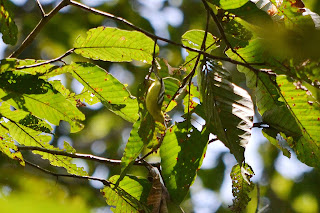 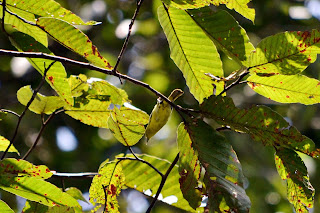 We saw Great Iora（オオヒメコノハドリ), too but unfortunately, there's no picture.