Very loud callings of Long-tailed Tits' (Enagaエナガ) were heard from the thicket in Ecology Park. 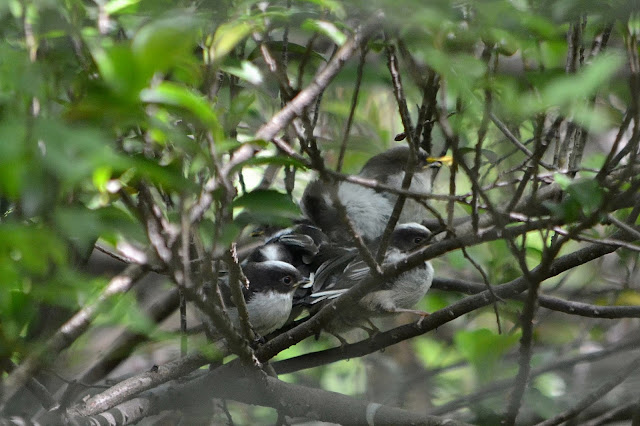 2 adults were extremely busy feeding at least 6 fledglings, all demanding their turn! 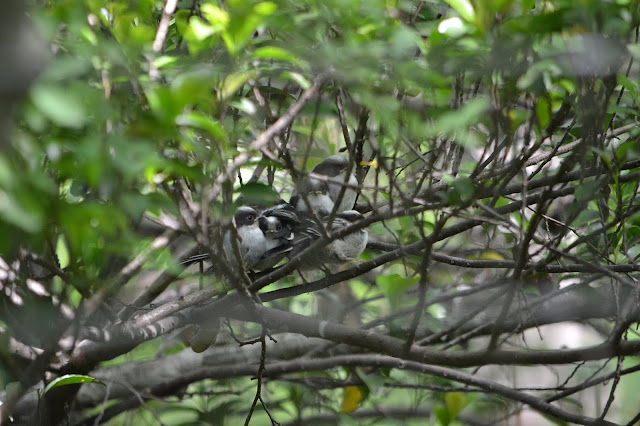 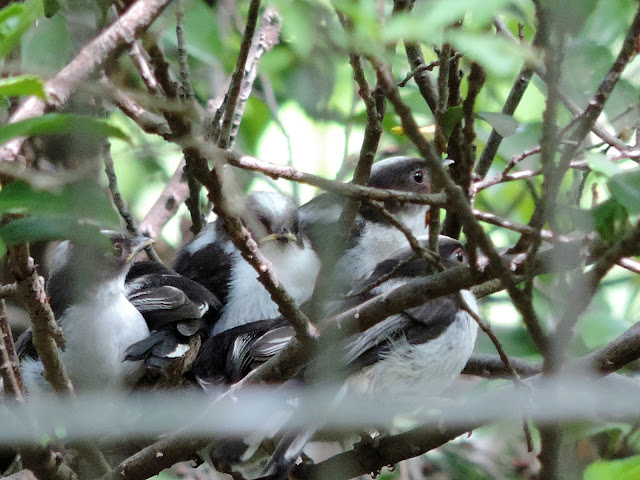 A few days later, I saw a family of Long-tailed Tits foraging through the park wood. I don't know if they were the same family but all the fledglings in this family were old enough to catch their own food:) 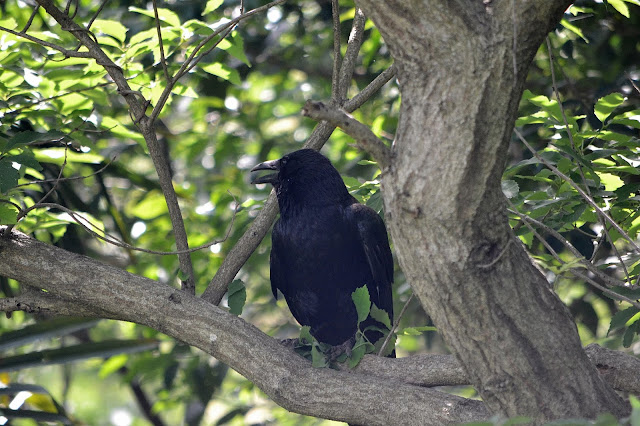 I wouldn't have known that it was a carrion crow unless an adult came to feed him.

I'm hoping to see more fledglings in the next few weeks in the park and elsewhere.
at 13:54