There was a family of Oriental Magpie-robin at the entrance of a park and the male brought an insect to give to the female, who gave it to the young one. 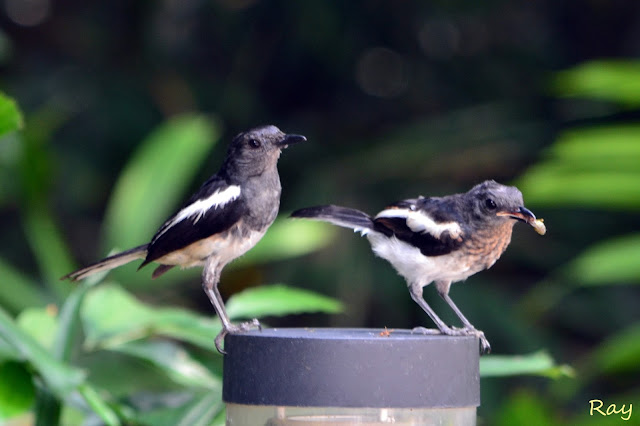 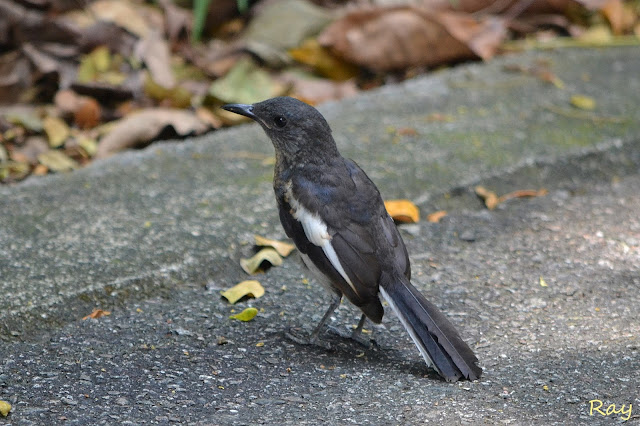 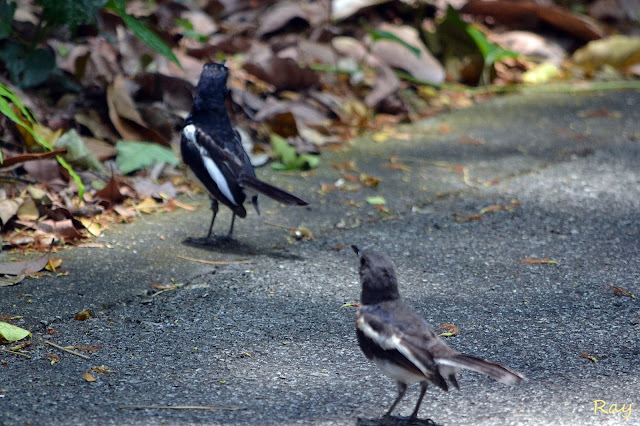 One of the young ones started to sunbath in front of us on the path:) 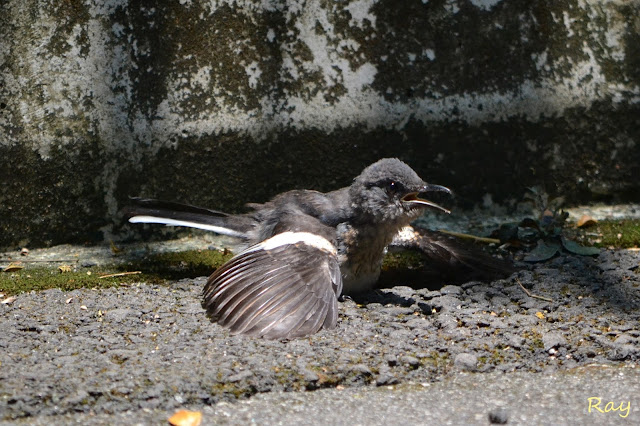 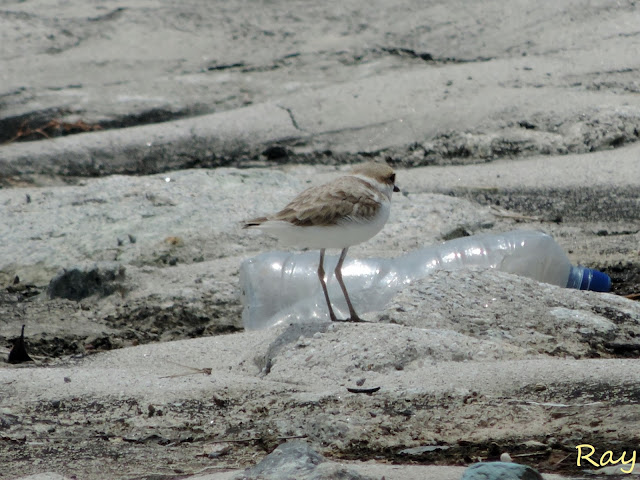 Argh! This is the only pic I managed to take and she was showing her back at us...
She stayed on the shore with some Lesser Sand Plovers and Little Terns. 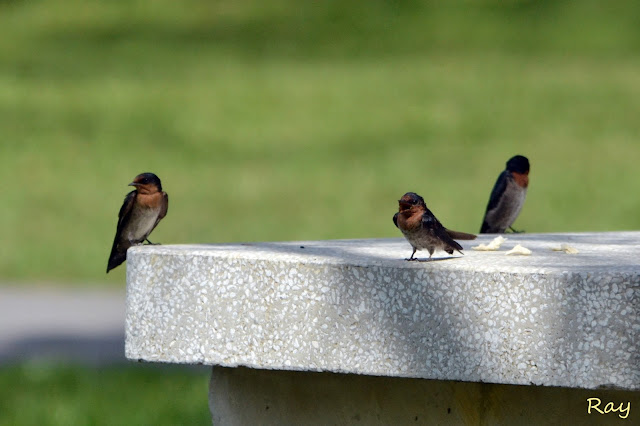 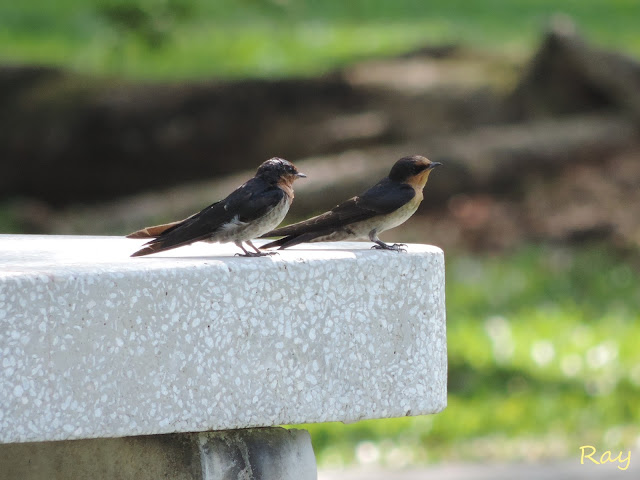 Lots of them were flying over the cut grass and in the parks. Some Barn Swallows were also flying with them but the number was still very small. 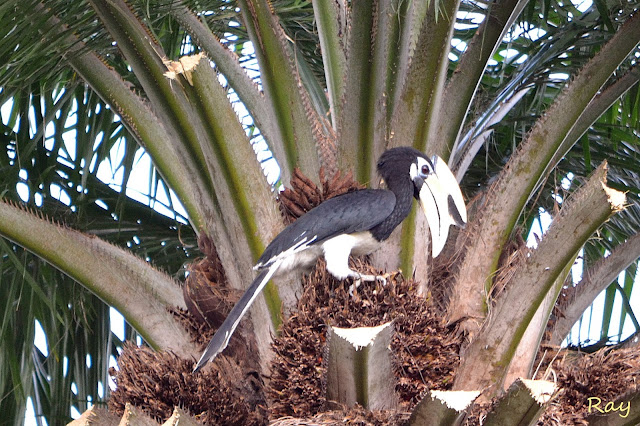 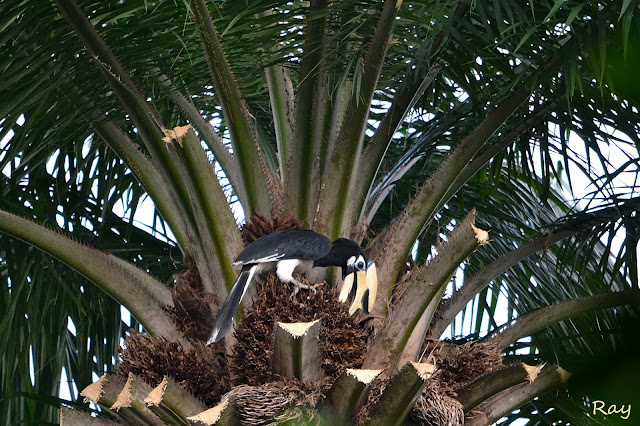 He (she?) is rather bulky but acrobatic! 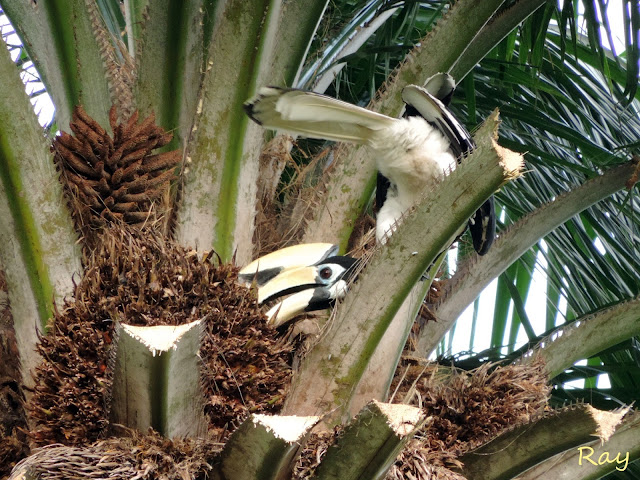 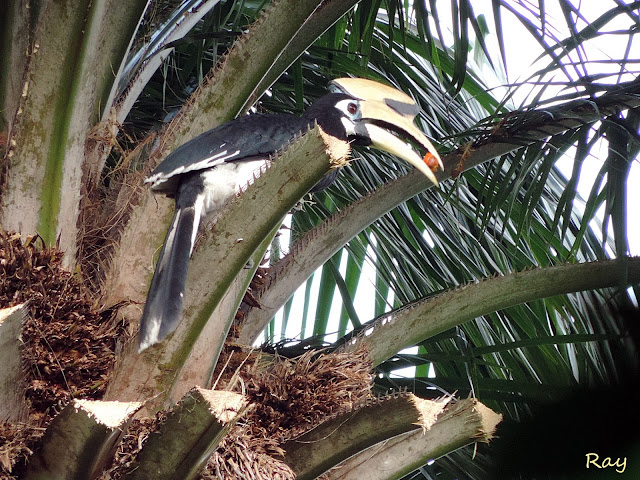 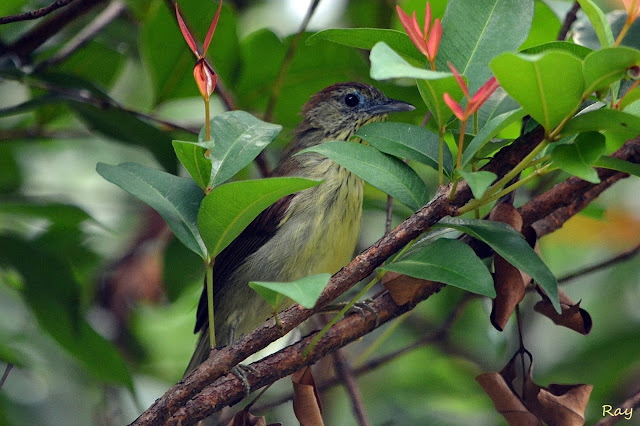 He(She?) was about the size of a great tit, moving like a goldcrest, and very vocal. 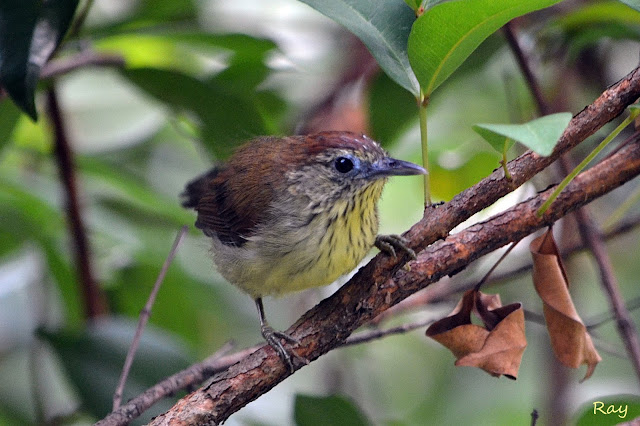 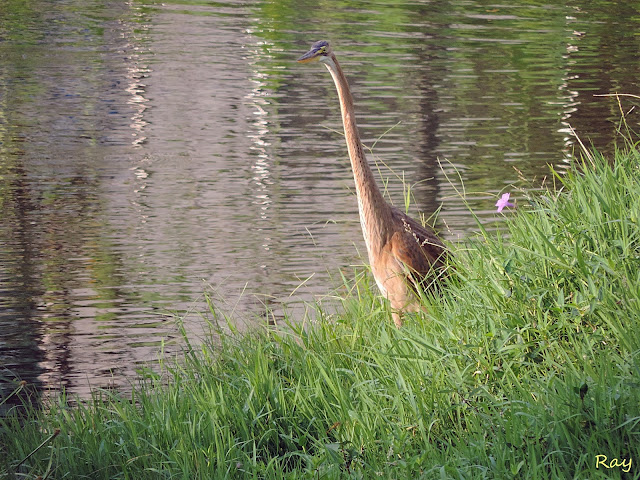 There was a tree with several Purple Herons' nests on it by this water.
This young one flew in a nearby tree and looked rather wobbly with its footing:) 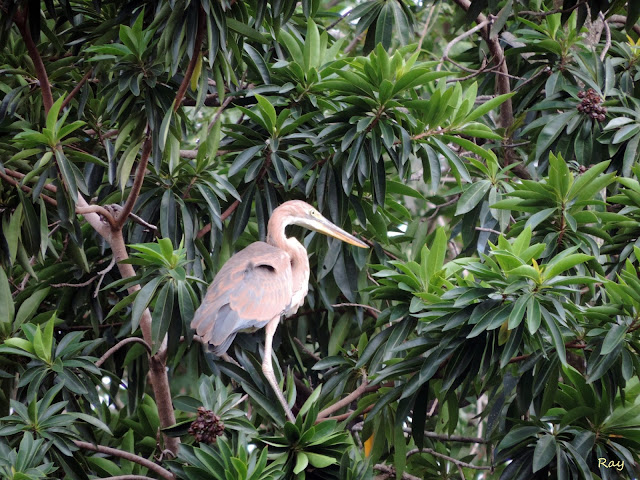