One hot and humid morning (well, it is the norm in Japan in July), I decided to go for a walk on the Sumida River in eastern Tokyo to look for Black-tailed Gulls (Uminekoウミネコ).

A few Black-tailed gulls were flying up and down over the river. 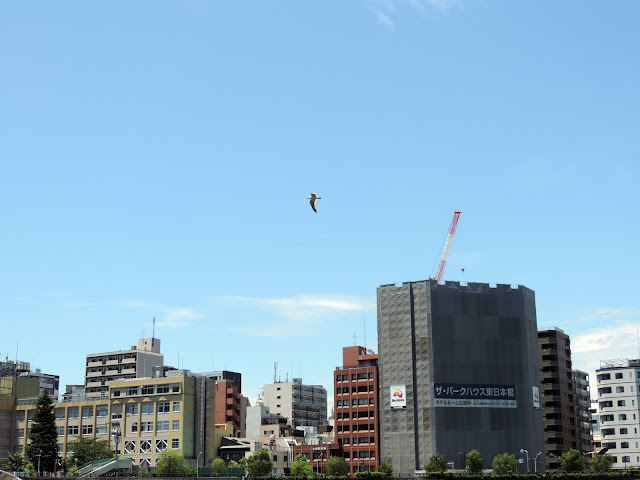 This one was there for a long time, its head against the wind. 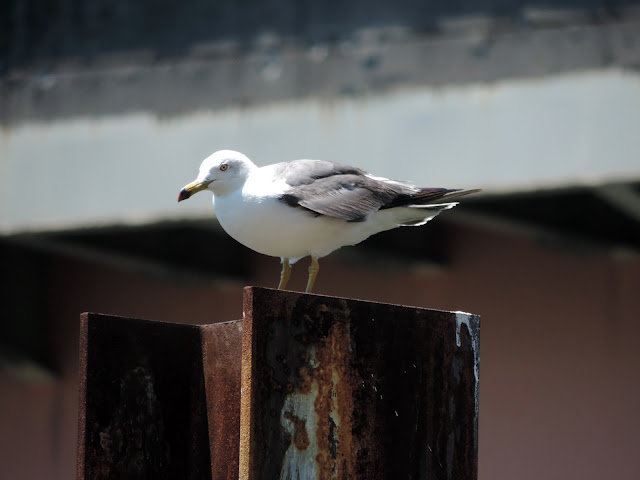 Yanagibashi Bridge over the Kandagawa canal 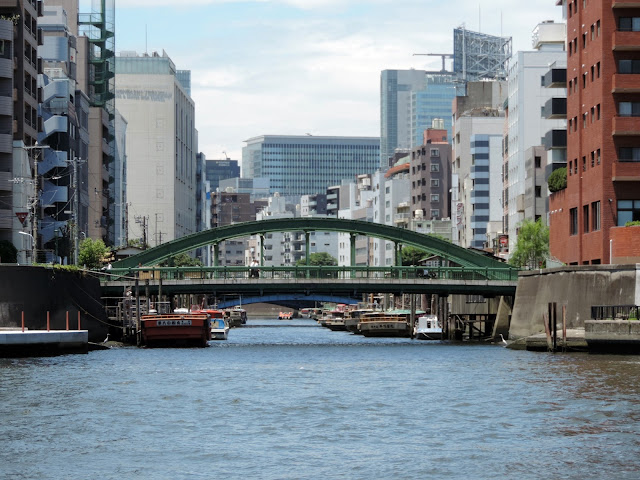 On both sides under the concrete embankment, 2 Grey Herons (Aosagiアオサギ) and a Great Egret (Daisagiダイサギ) were standing still like decoys. 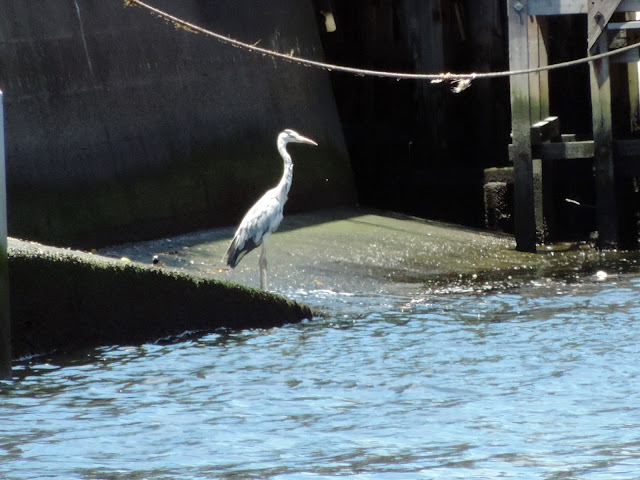 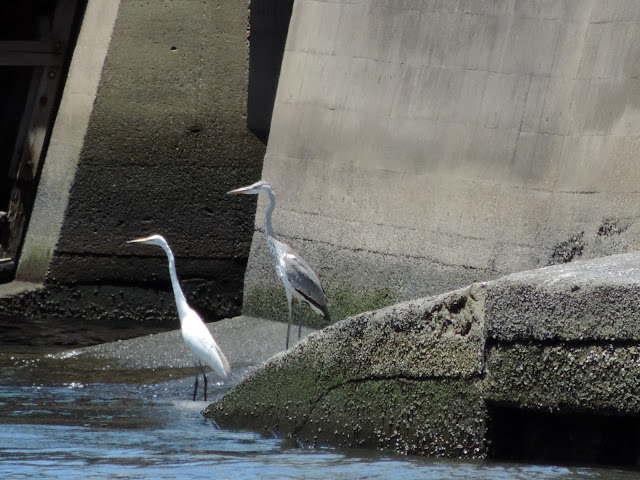 Grey Herons and Cormorants (Kawauカワウ) were resting on a concrete slab. 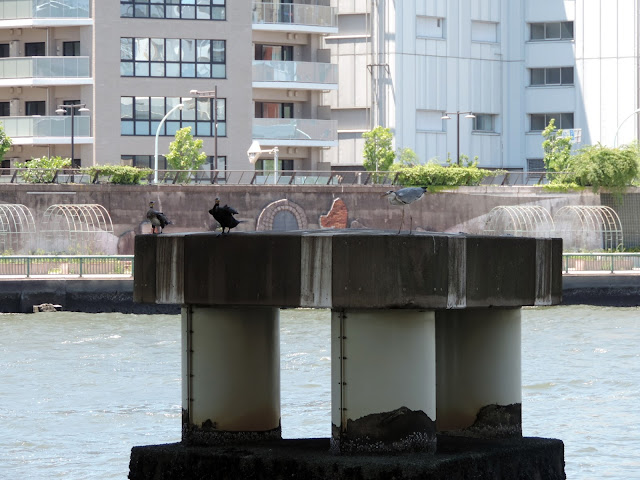 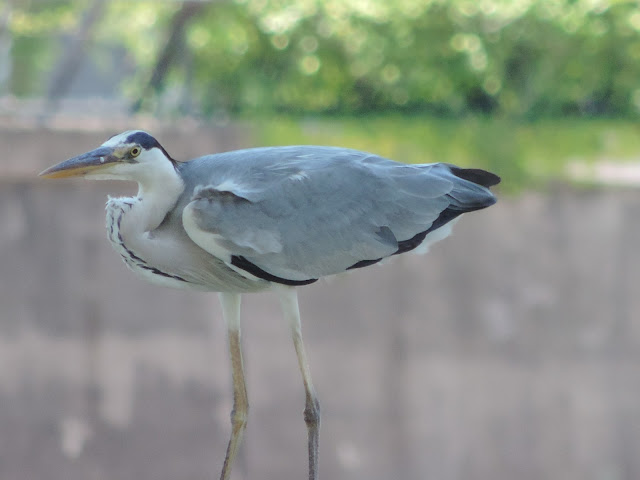 Two Thick-billed Crow (Hashibutogarasuハシブトガラス) fledglings were waiting for their parent to bring food for them on the girder of the motorway. 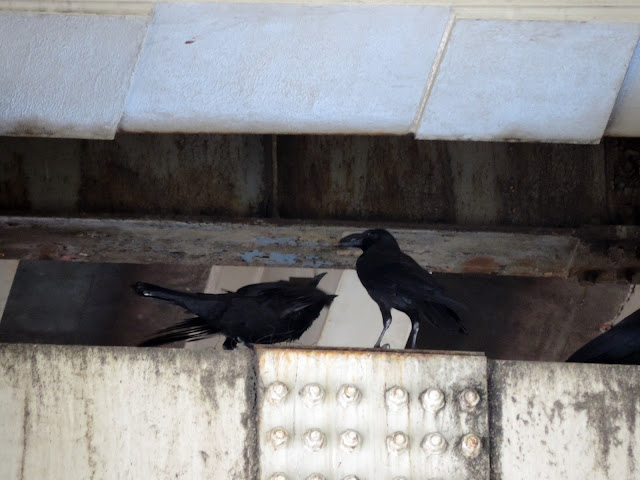 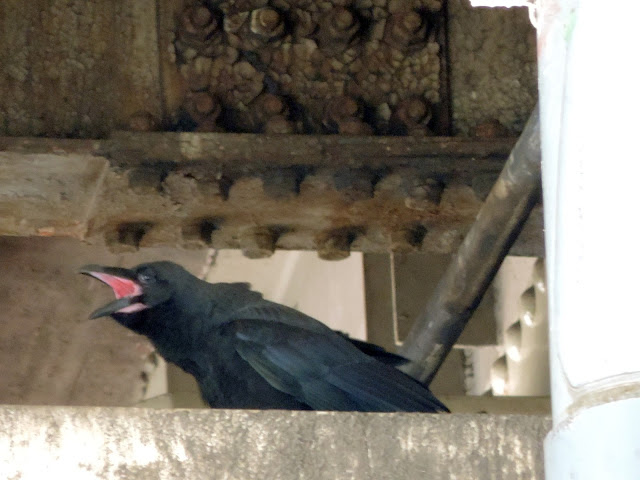 A Blue Rock Thrush (Isohiyodoriイソヒヨドリ) fledgling was hunting insects on its own. It still had a little bit of yellow on the side of its beak. 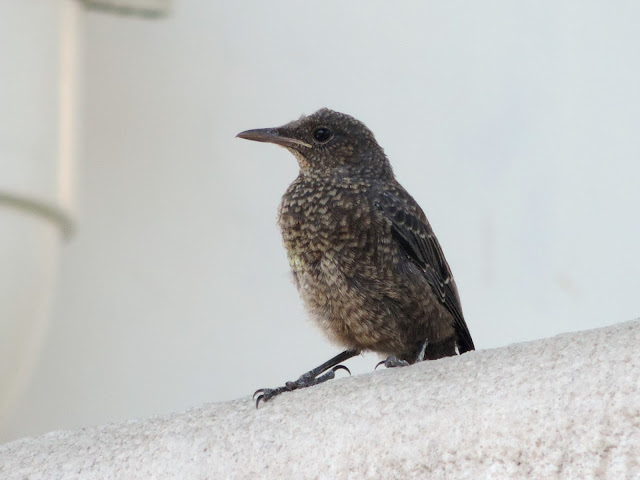 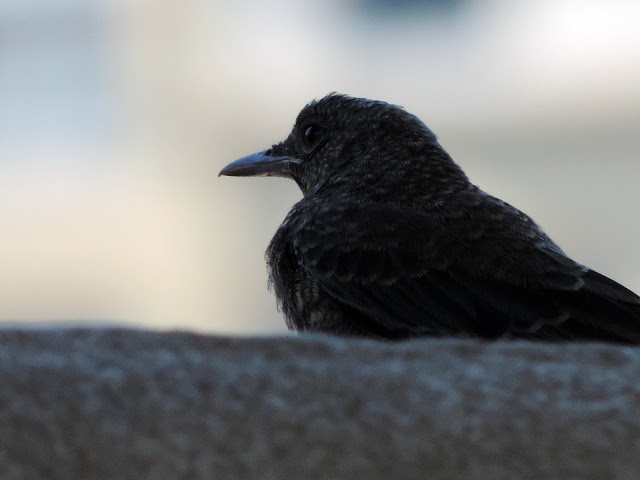 It was really hot (over 30 degrees) but strong winds were blowing over the river and as long as the winds kept blowing it was not too bad for walking. 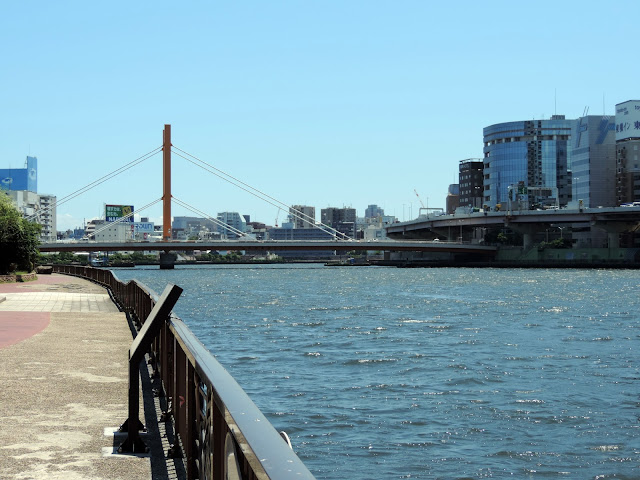 It looks as if there is no life at all in the hostile-looking environment, but, if you look for it, interesting lives are everywhere!
at 00:21