4 Little Grebe (Kaitsuburiカイツブリ) chicks have hatched in a pond where a pair has bred every year for the last few decades. (It doesn't mean it's been the same pair though). 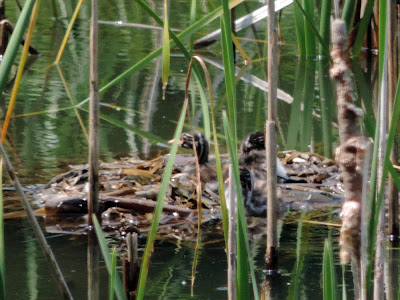 The pair had 5 eggs and one of them was swallowed by a snake only a day or two before it would have hatched.

10 days later, one of the biggest chicks grew big enough to eat a dragonfly! 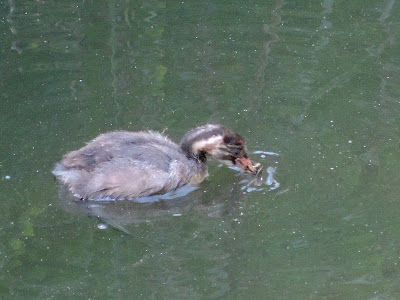 A couple of weeks later, all the four chicks were well looked after and they were no longer chicks. 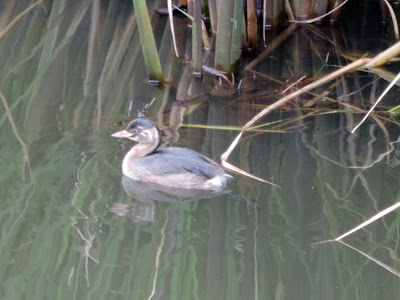 They seemed independent and I guess it wouldn't be long before they left or were expelled from the pond where they were born and the pair would try for the second brood.


A pair of Grey Starlings (Mukudoriムクドリ) were busy carrying food for their chicks. 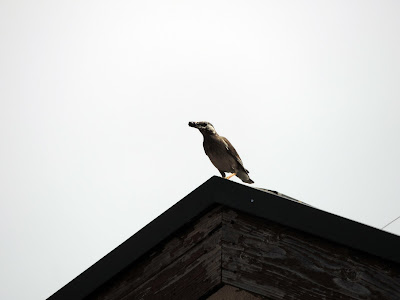 The Grey Starlings are famous for building their nest in all sorts of nooks and crannies. 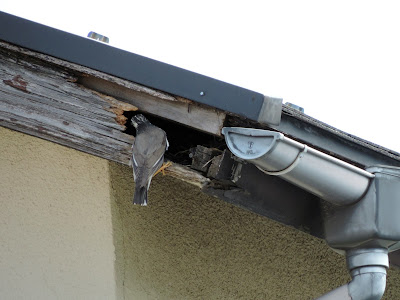 Chicks started calling very loudly when a parent arrived at the door (well, there's no door, I know!).  A few days later, they seemed to have fledged as there was no sound coming from the hole. 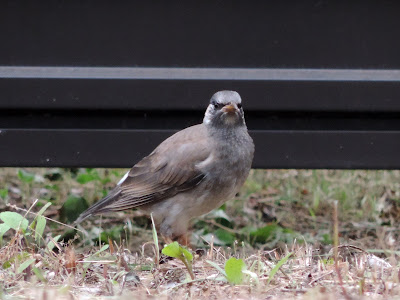 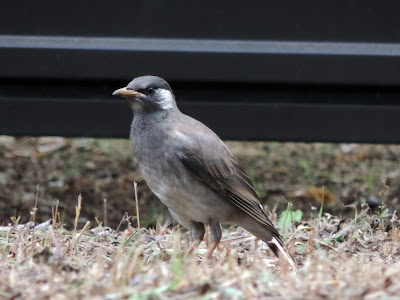 There are not so many Barn Swallows' (Tsubameツバメ) nests around where we live. I found this in an indoor carpark. 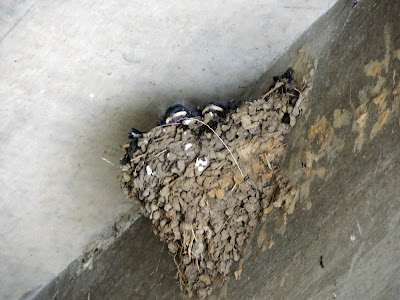 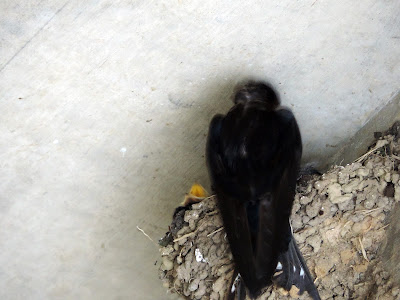 A male Eastern Great Tit (Shijukaraシジュウカラ) was singing in a tree carrying a bit of a caterpillar (it seems) and went into a tree hole. 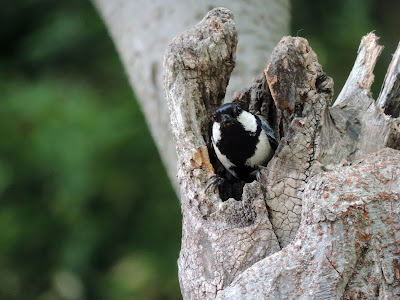 And then came back with the same bit for some reason. 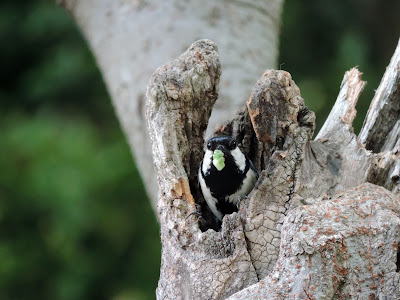 And went back inside. Is it a nest hole or he did he go in just to find something tasty?

Everyone seems very busy looking after their chicks and partners at the moment:)
at 20:24