The migratory season has arrived and I went to the park early in the morning, expecting to see/hear some birds on migration.

Yippee!! I heard 2 Narcissius Flycatchers singing!! Although I could not get close enough to them to take a photo, it was worth getting up at an ungodly hour:)

There were plenty of birds singing or foraging just after dawn.

Hawfinch (Shimeシメ) - they were everywhere in the park, nibbling new shoots (and whatever was good for them!), to get enough energy before they start their journey to the breeding grounds. 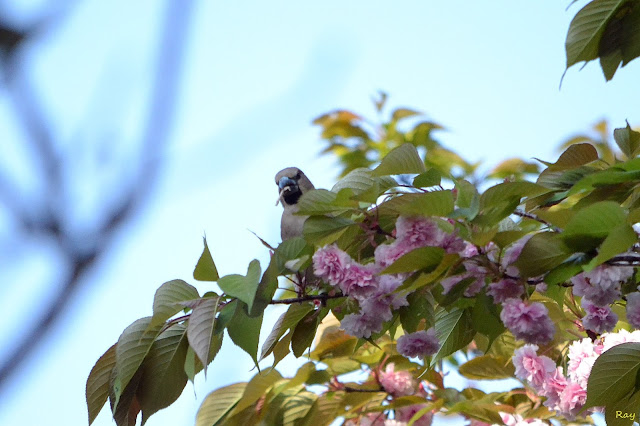 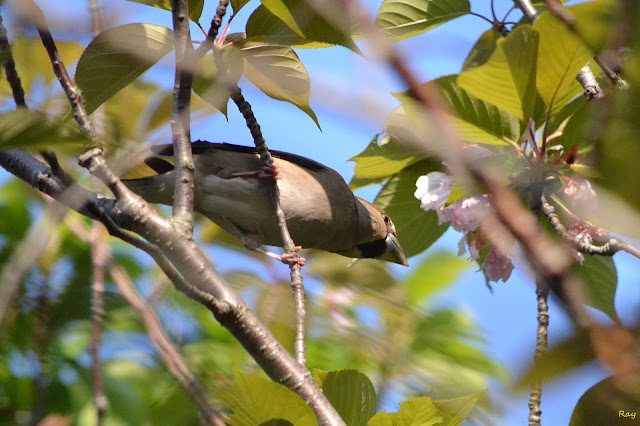 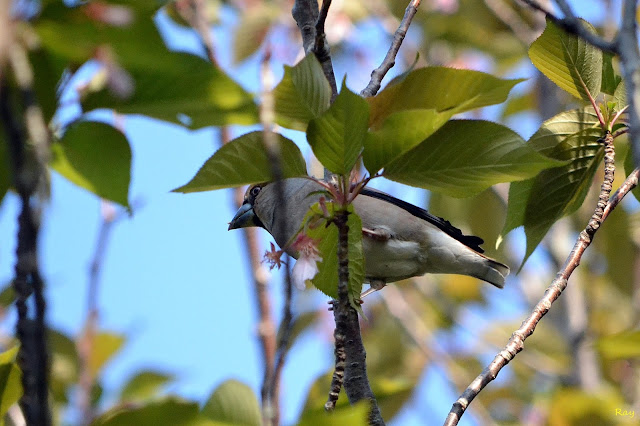 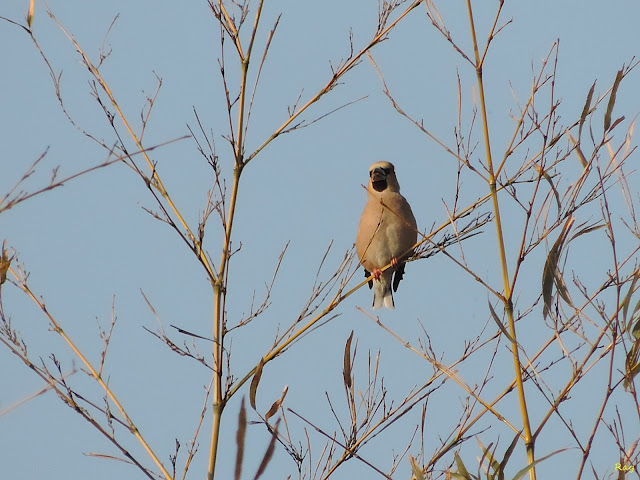 Some Bramblings (Atoriアトリ) were among the Hawfinch. I thought they all had already gone, so it was a great surprise. 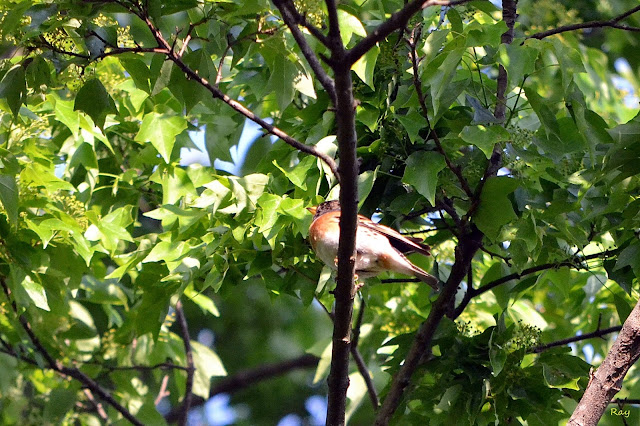 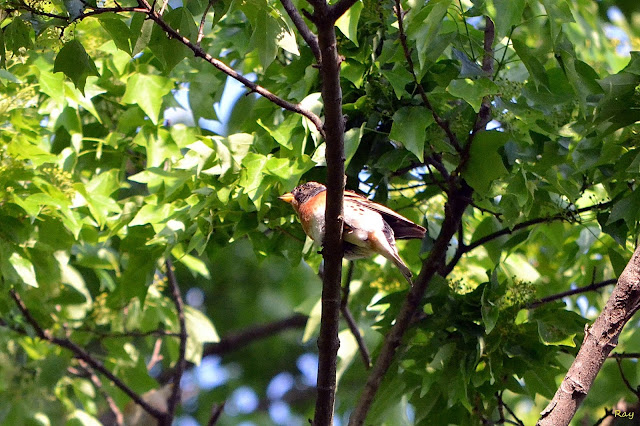 A Japanese Wagtail (Segurosekireiセグロセキレイ) was busy hunting insects on the grass.

A pair of Little Grebes (Kaitsuburiカイツブリ) had some eggs in their nest! 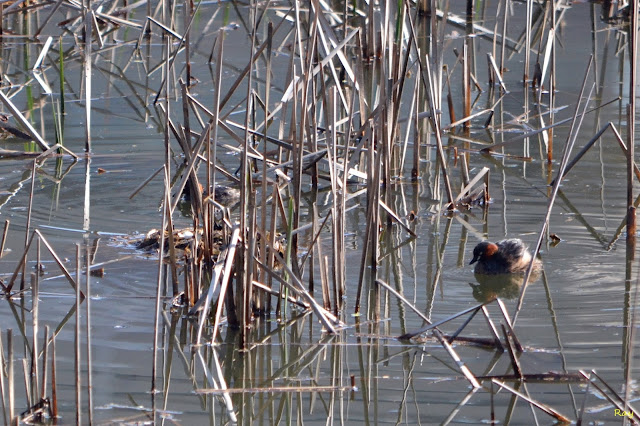 Very noisy calls came from the bamboo thicket and there they were!
Long-tailed Tit (Enagaエナガ) fledglings. 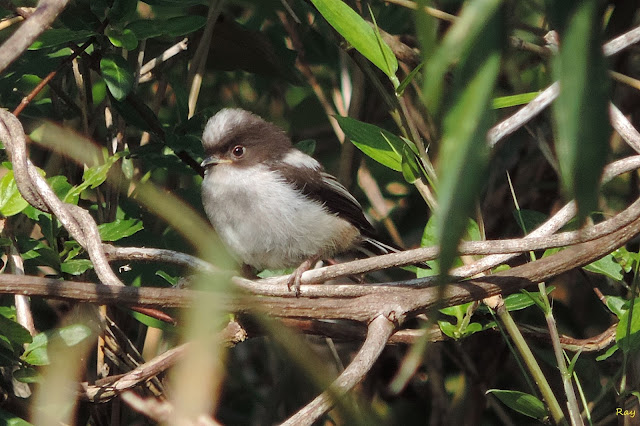 It was warm even before 7 in the morning and when it got warmer lots of insects started buzzing around. 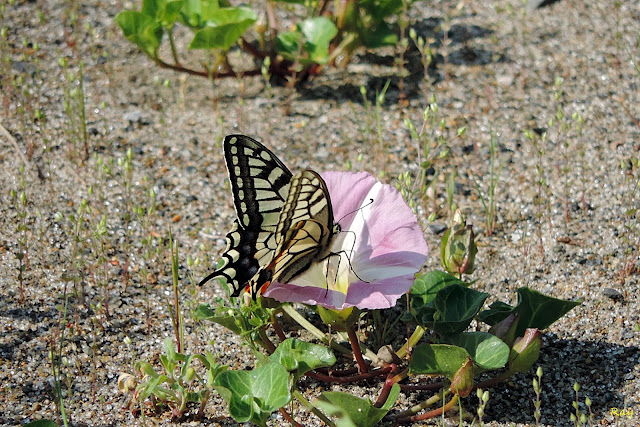 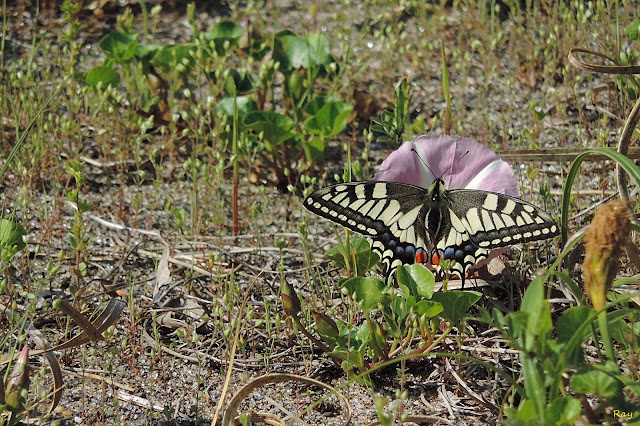